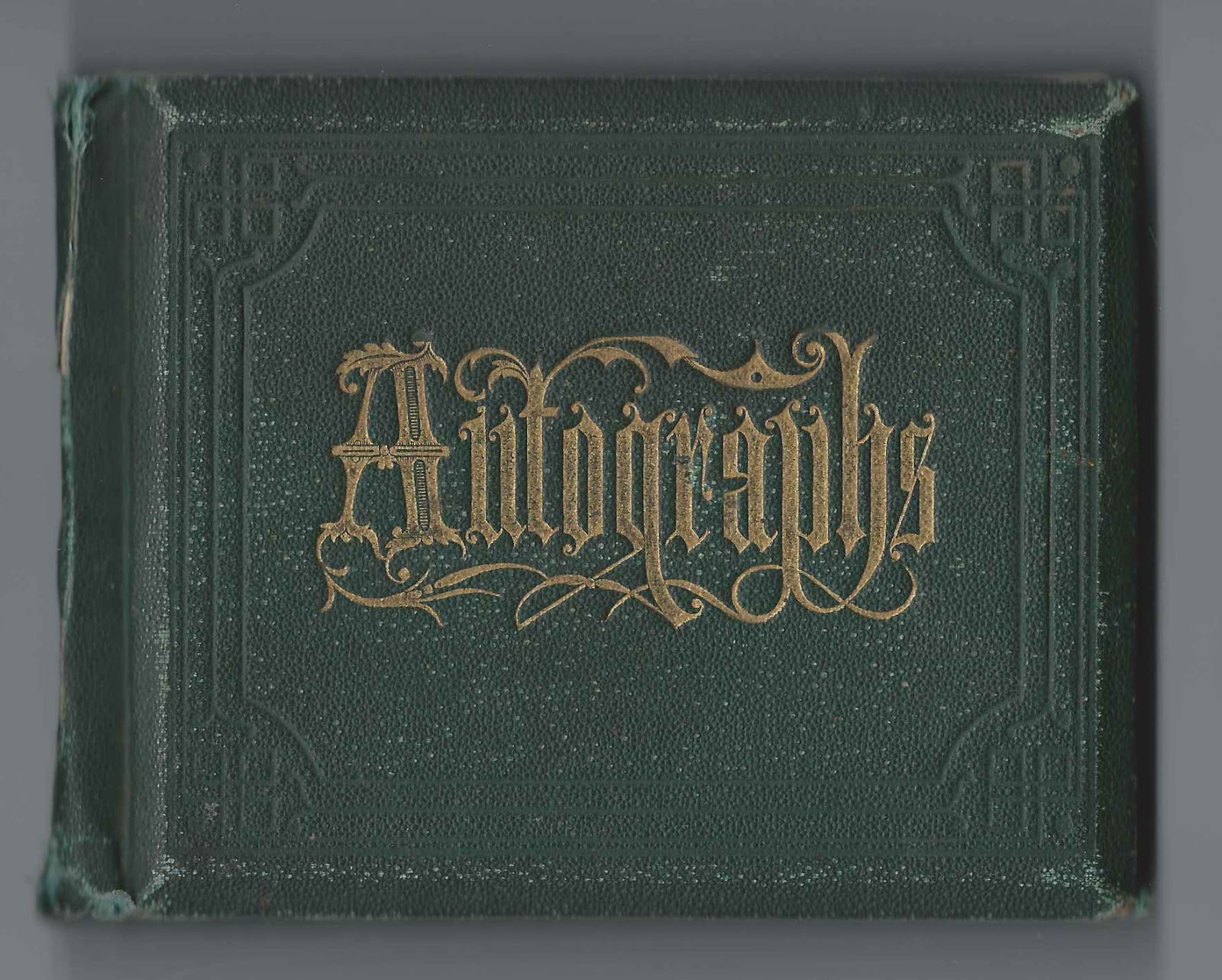 1869/1870s autograph album that was presented to Jeremiah Arthur Ross of Boston, Massachusetts, by his sister at Christmas in 1869. 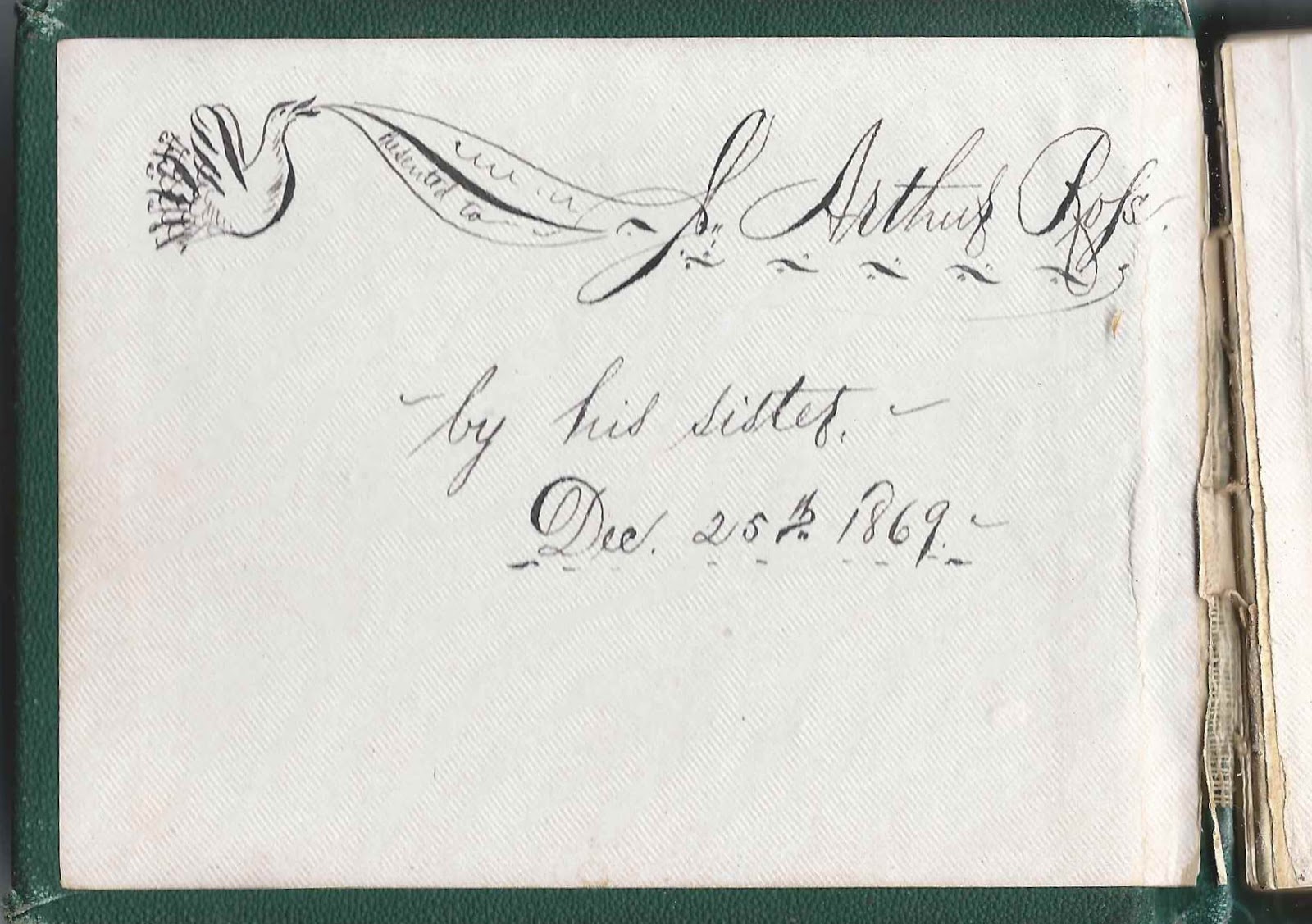 "J. Arthur Ross" had two sisters, one of whom, Emma Burleigh Ross, inscribed a page later on in the album.  I believe that the album was presented by J. Arthur's other sister, Sarah Elizabeth Ross.  Below, the page signed by Emma Burleigh Ross of Boston, Massachusetts, on March 25, 1871. 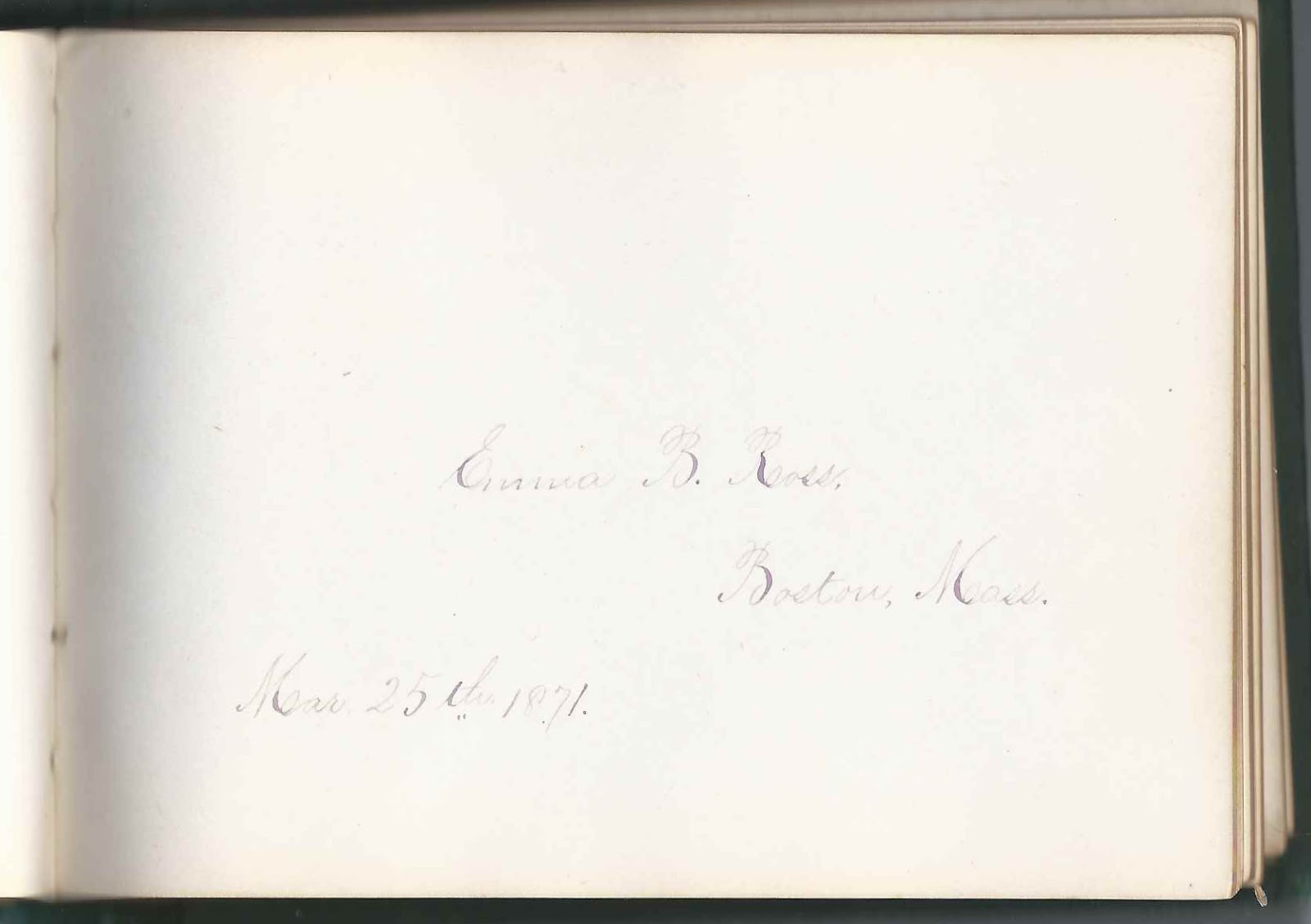 The album measures approximately 5-1/4" x 4" and is relatively thick.  It contains the sentiments of 42 of Jeremiah Arthur Ross's relatives, friends and schoolmates.  An alphabetical list of the signers, including any residence, relationship or school information, appears at the end of this post.

Based on the number of signers who included the initials E.H.S. in their sentiments, I believe that Jeremiah Arthur Ross was a student at English High School in Boston, Massachusetts.   The 1880 Census of Boston, Massachusetts showed him living with his widowed mother and two sisters and working as a dealer in firearms.

The 1900 Census of Boston shows a household with Jeremiah Arthur Ross, his wife Amelia, their three daughters and his widowed mother.  He was working as the manager of a sporting good store.  The three daughters were:
Jeremiah Arthur Ross died on 11 July 1918 at Boston, Massachusetts.   If you have corrections and/or additions to the information above, or information on any of the signers listed below, please leave a comment or contact me directly.

Another Ross signed a page in the album.  She was Anna W. Ross of Ipswich, Massachusetts, who signed on March 25, 1871. 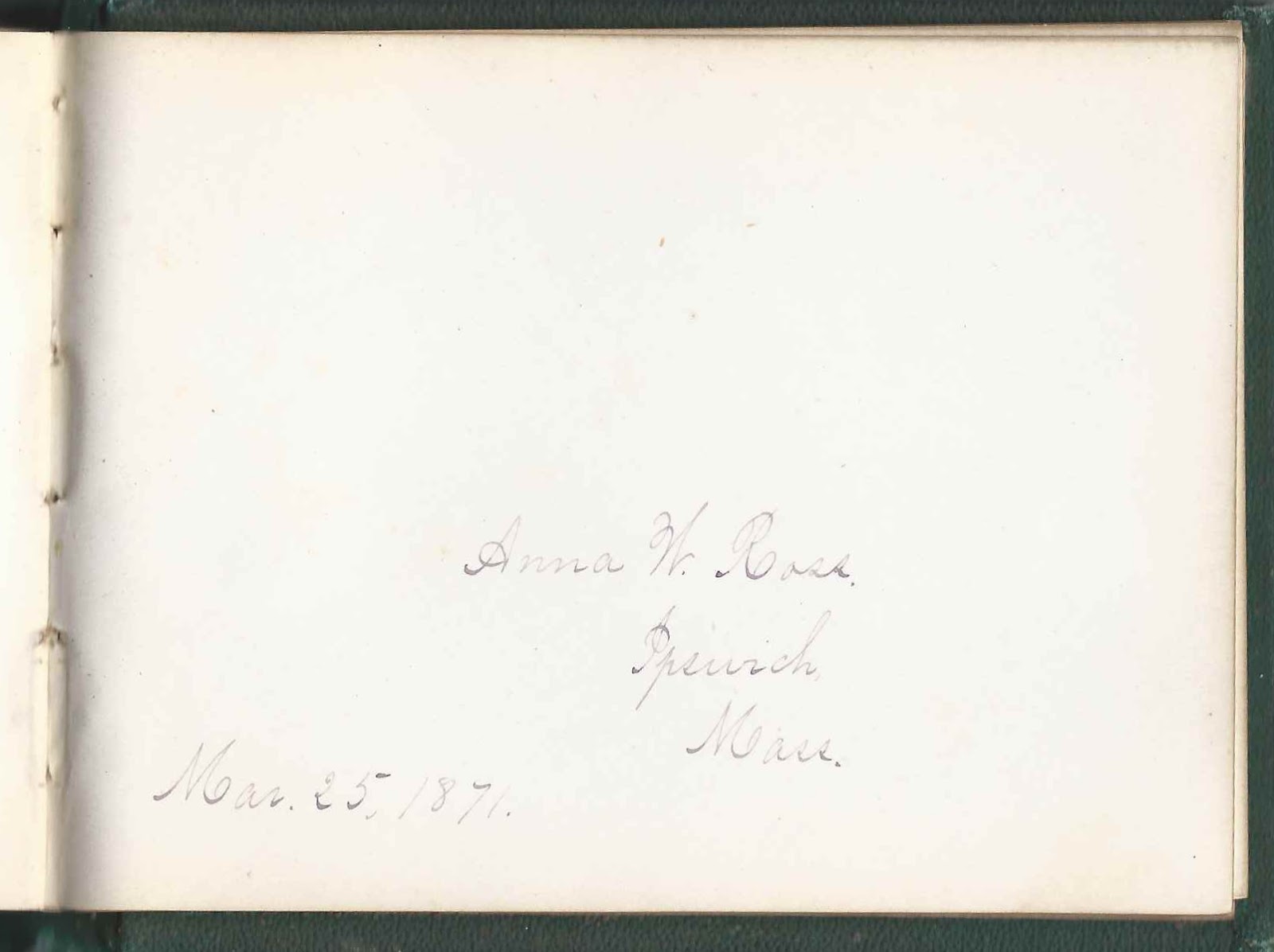 Signers in the album           [Note:  Given names within a specific surname may not be in alphabetical order.]