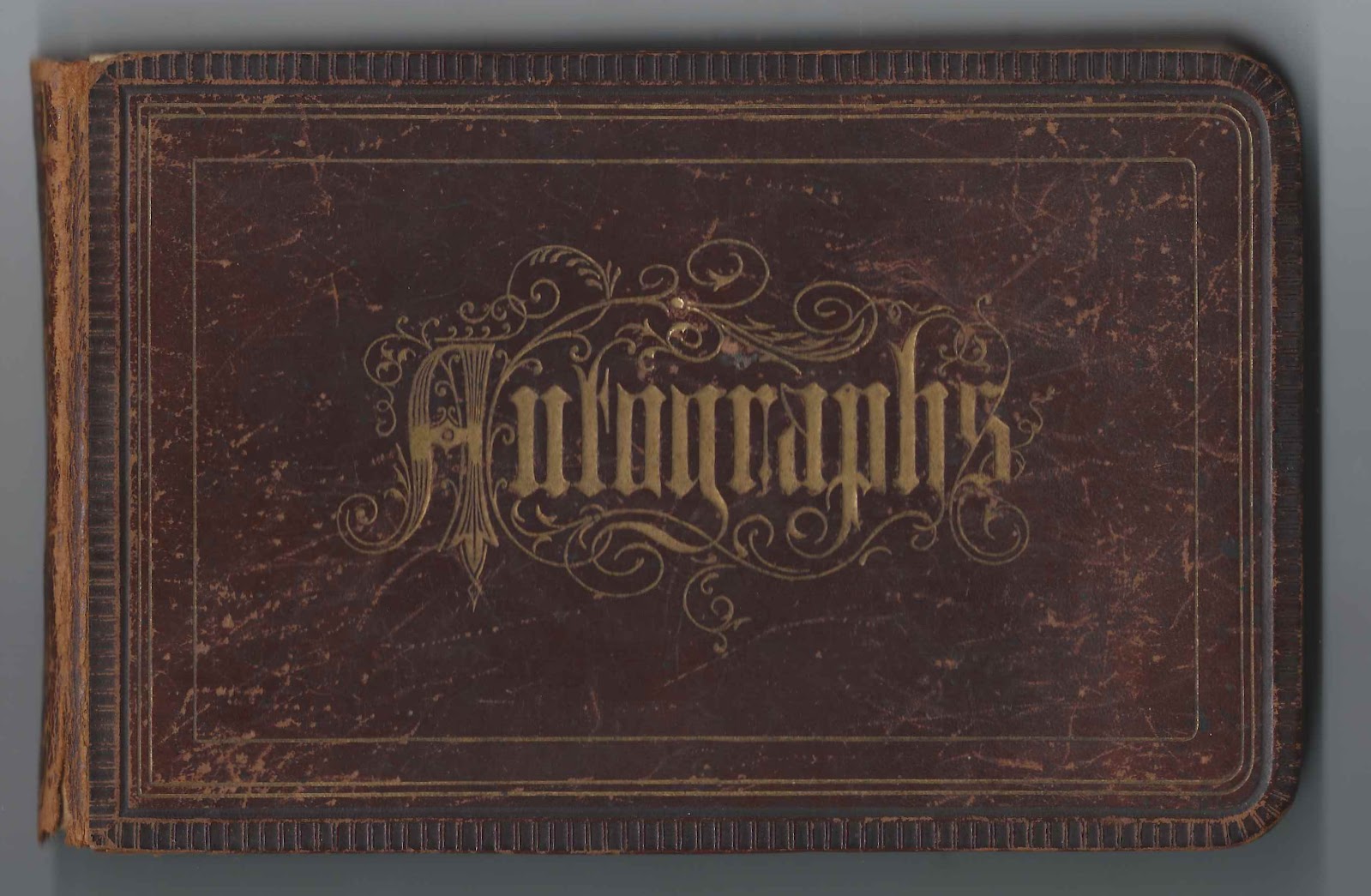 It's likely that Ria was a granddaughter of Jesse and Mary Salmon of New York and Boston, Massachusetts, as Ria's unmarried aunt, Maria J. Salmon, signed a page at Charlestown, Massachusetts, on December 3, 1877. 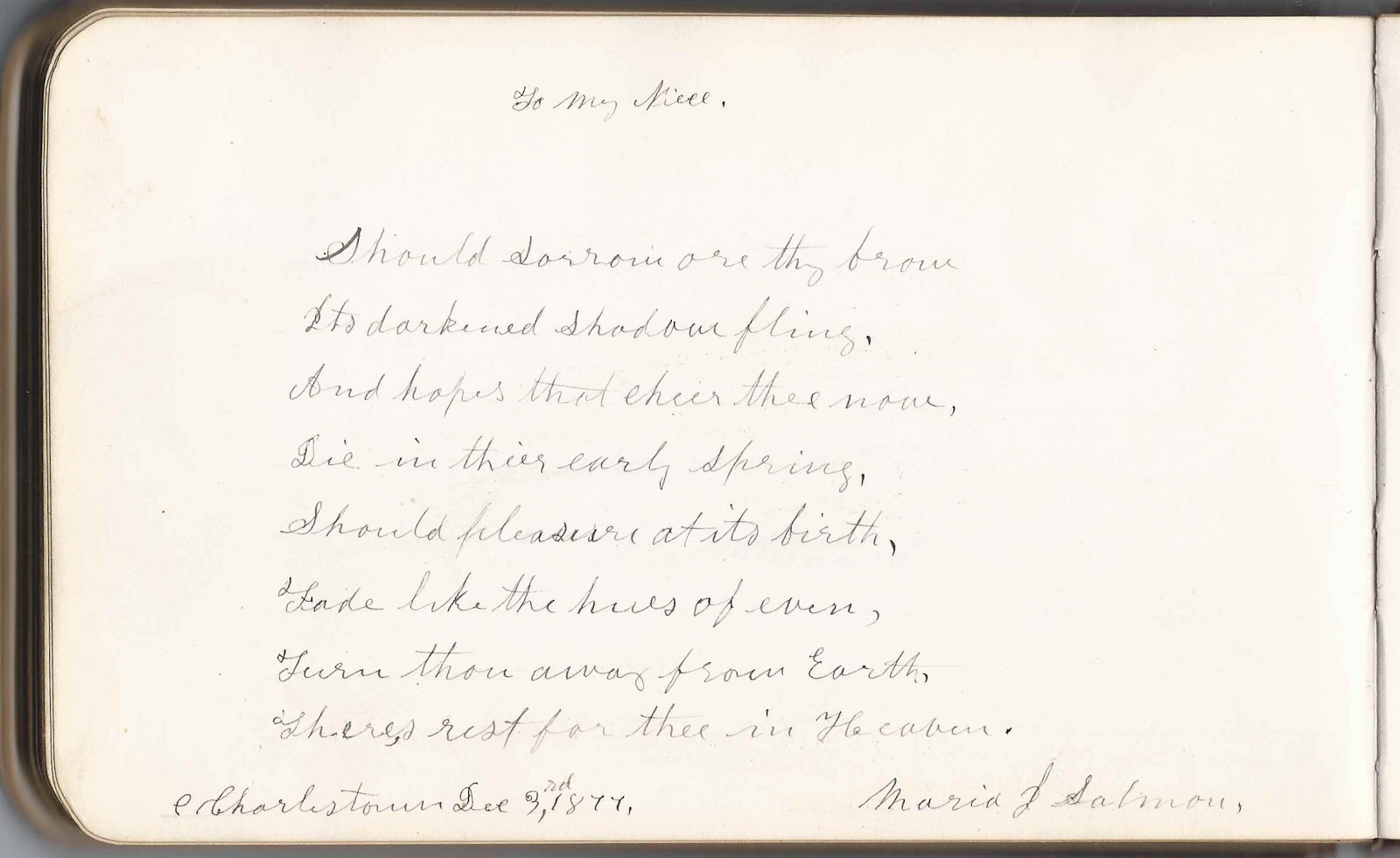 Ria may have been Lydia Clouston, who married signer Edgar Elmer Gray, whose sister's album, that of Ida May (Gray) Dunn, was found with this one.  Or Lydia may have been the album owner's cousin.

The album is approximately 7-3/4" x 5" and contains the sentiments of 35 of Ria's relatives and friends.  An alphabetical list of the signers appears at the end of this post. 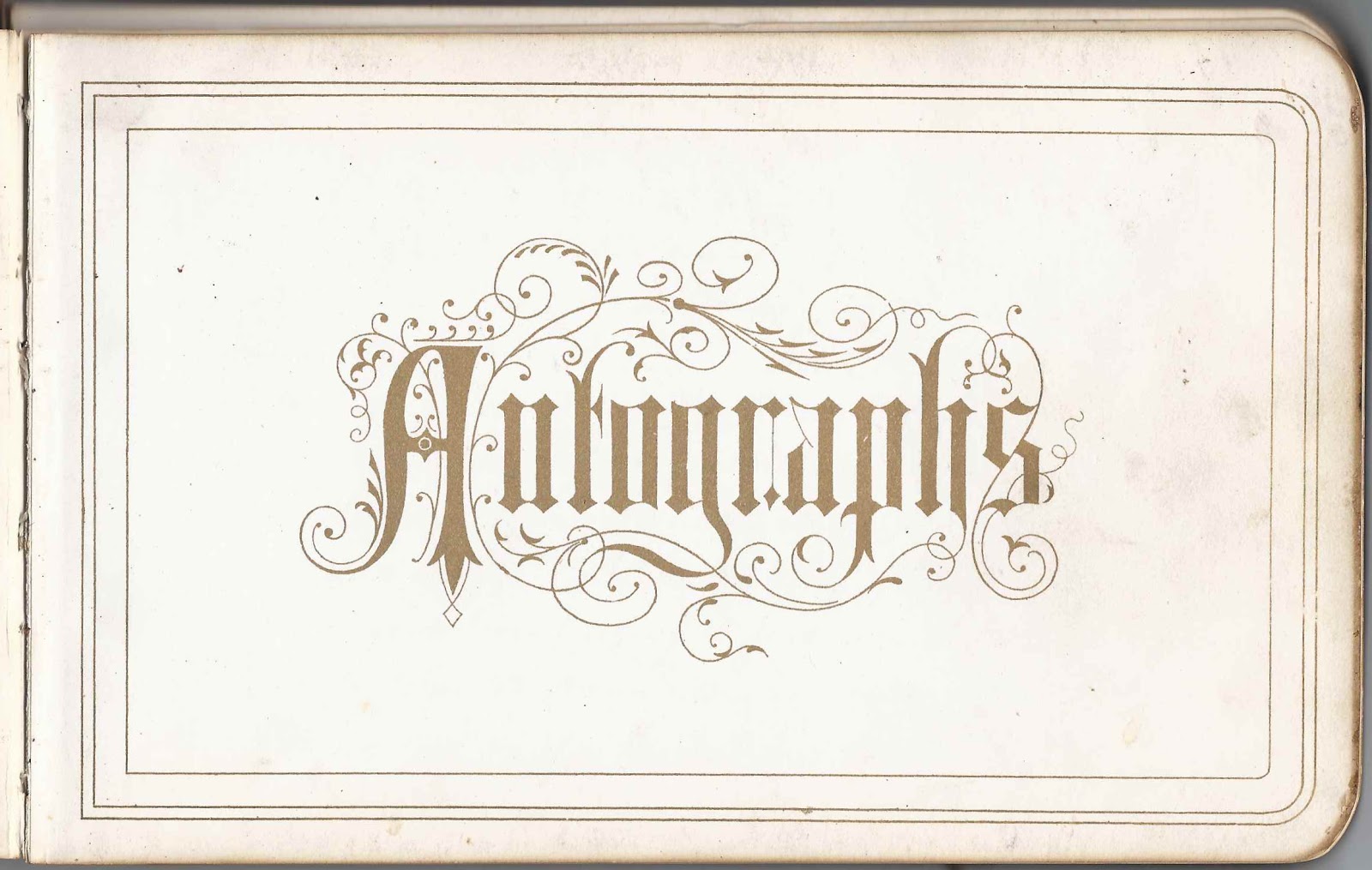 Jesse and Mary Salmon were born about 1808, at Canaan, Connecticut, and Bennington, Vermont, respectively.  Their children: [I may have missed one or more]


Except for Lydia, all of these siblings signed pages in Ria's album, Maria's shown above, and the others shown below.  Annie (Salmon) Marston and her husband George W. Marston of Derby, Vermont, signed facing pages. 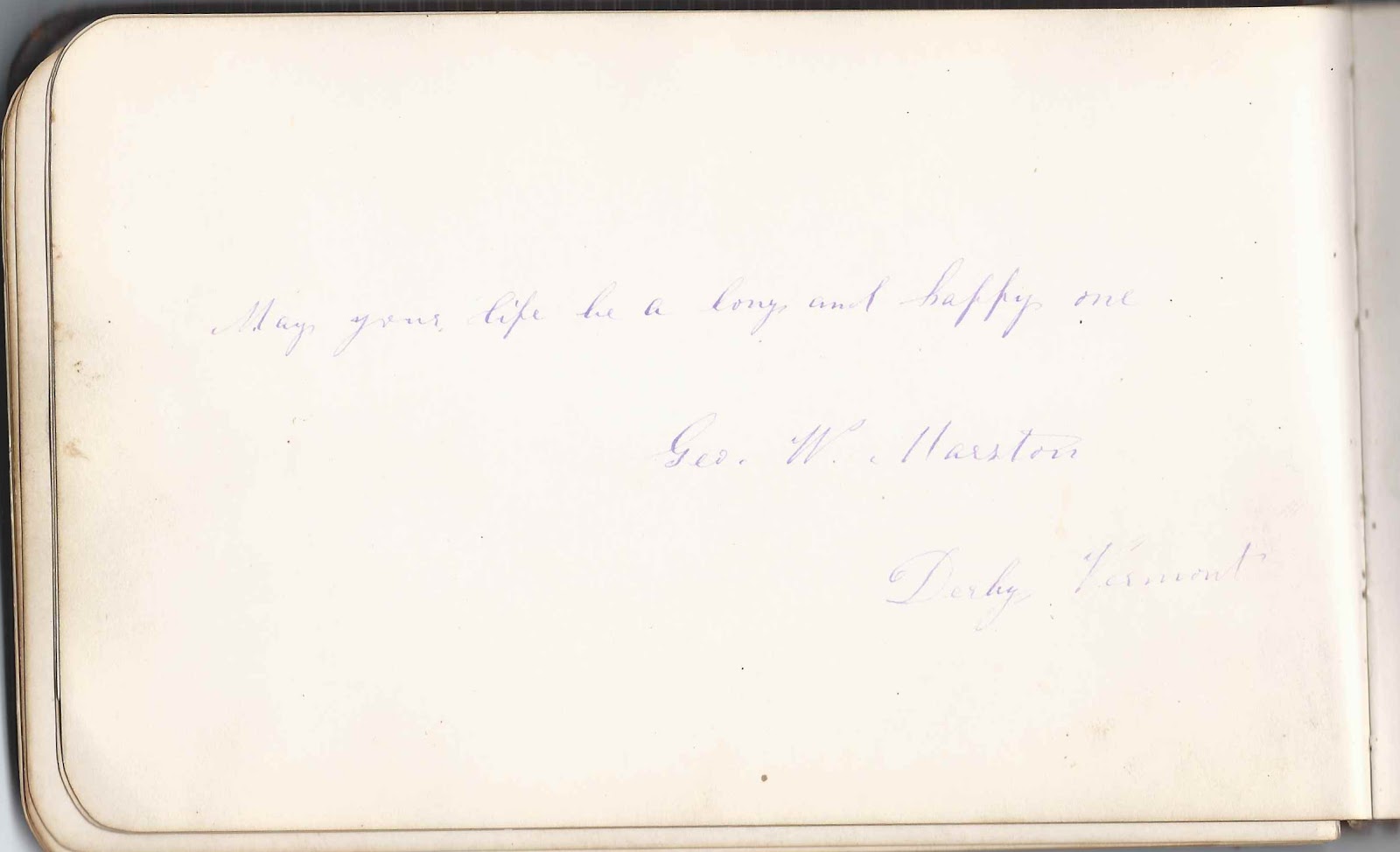 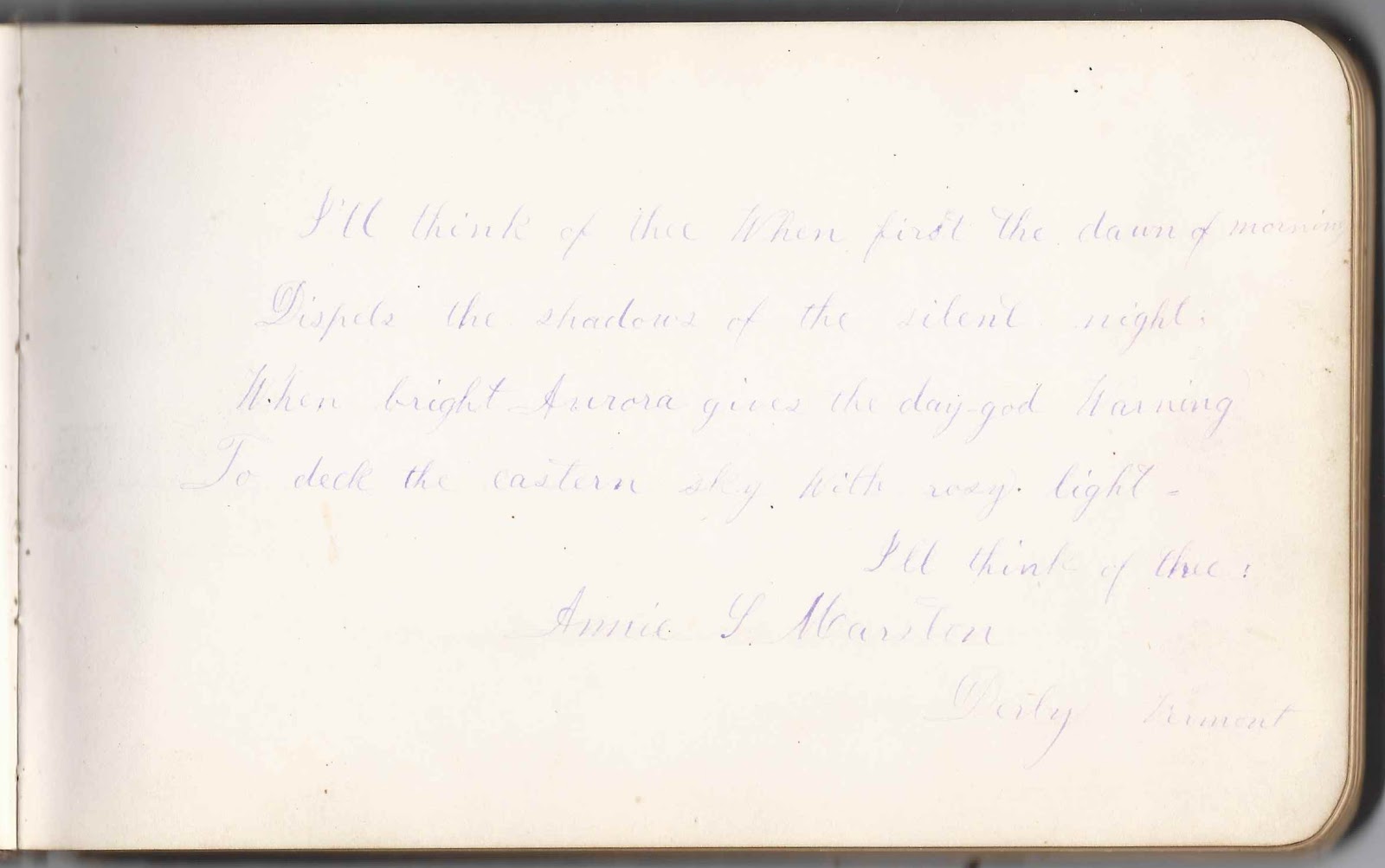 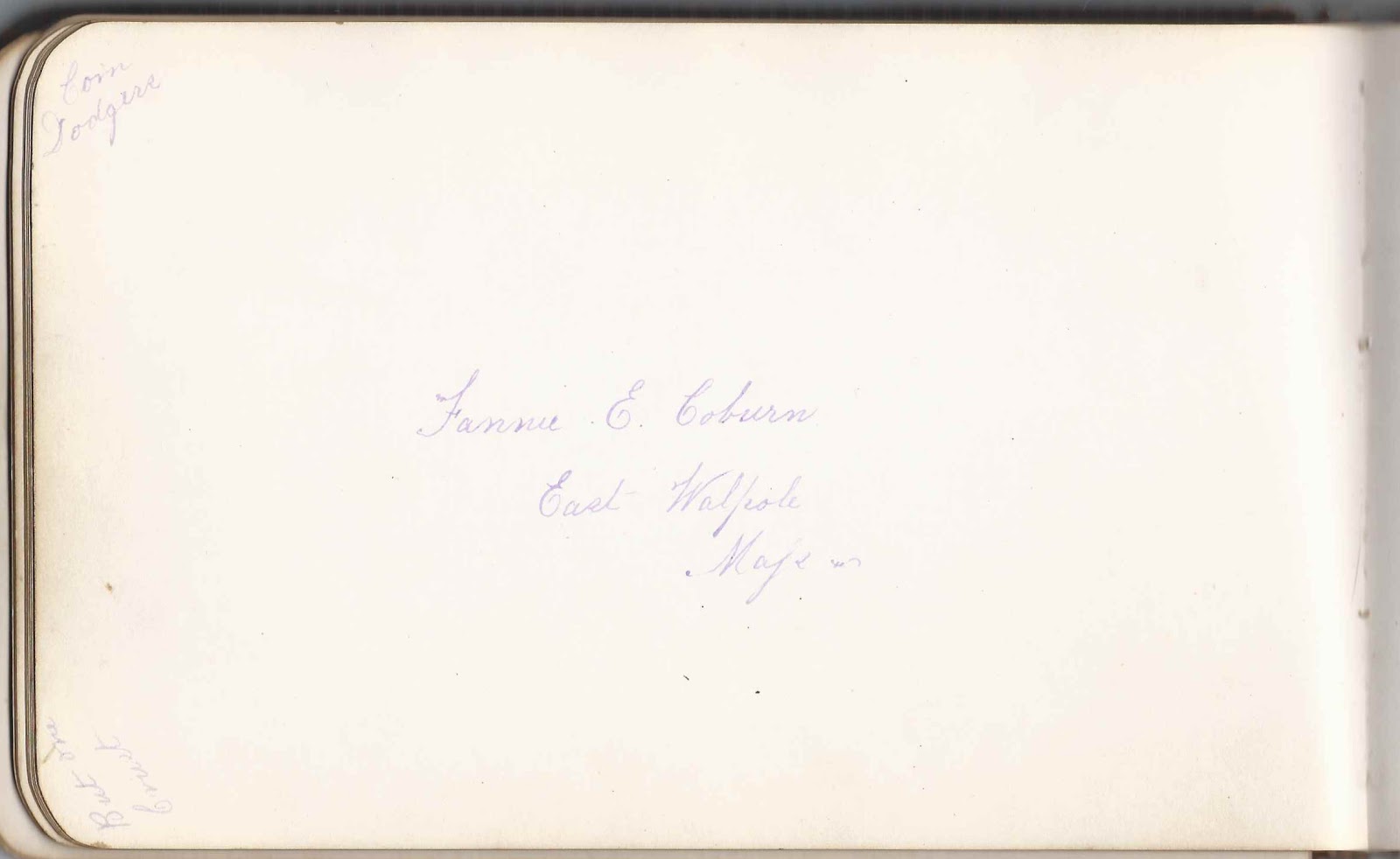 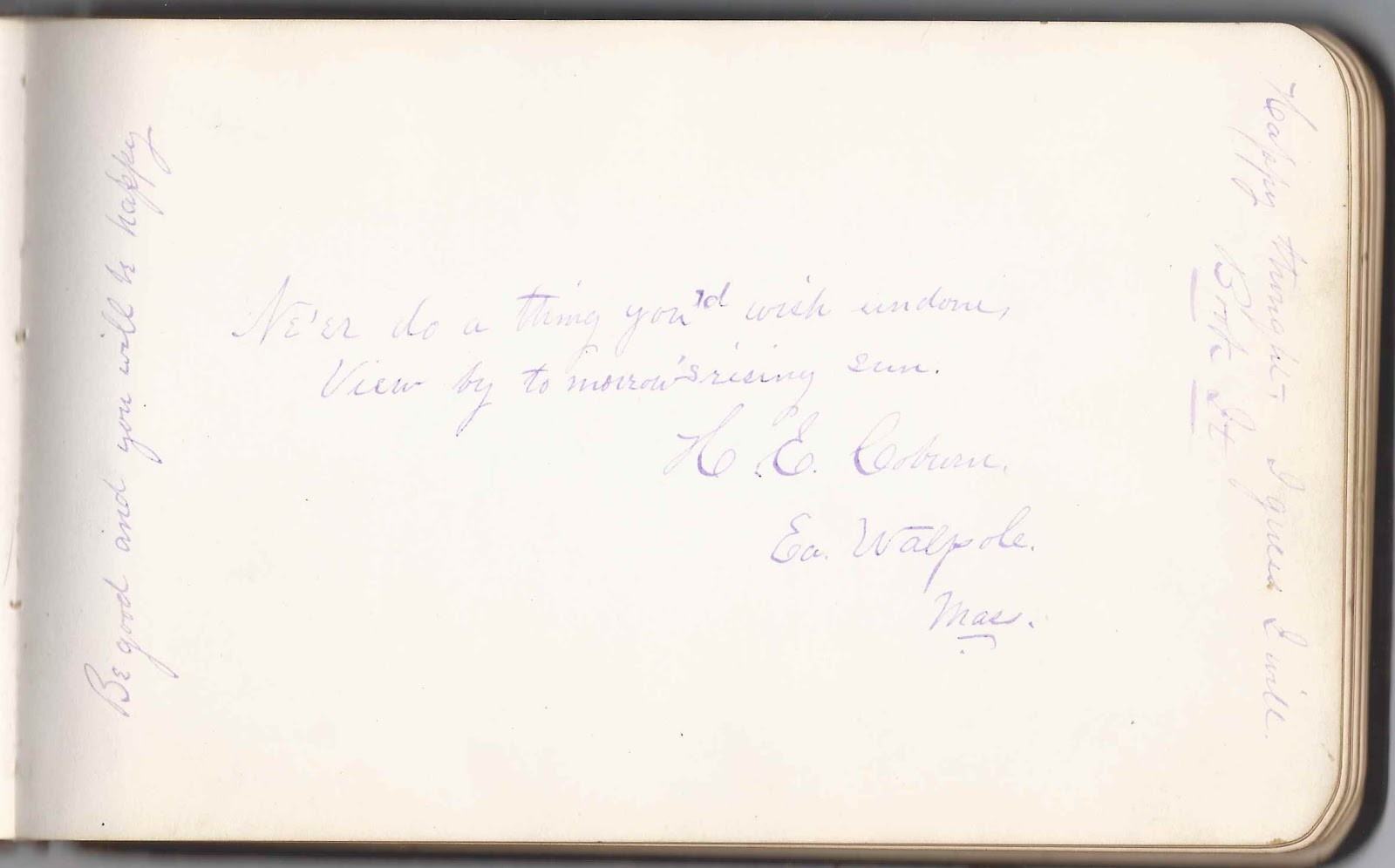 If you have a theory as to the identity of "Ria", or if you have corrections and/or additions to the information above, or information on any of the signers listed below, please leave a comment or contact me directly.  Thanks!

Posted by Pam Beveridge at 3:03 PM