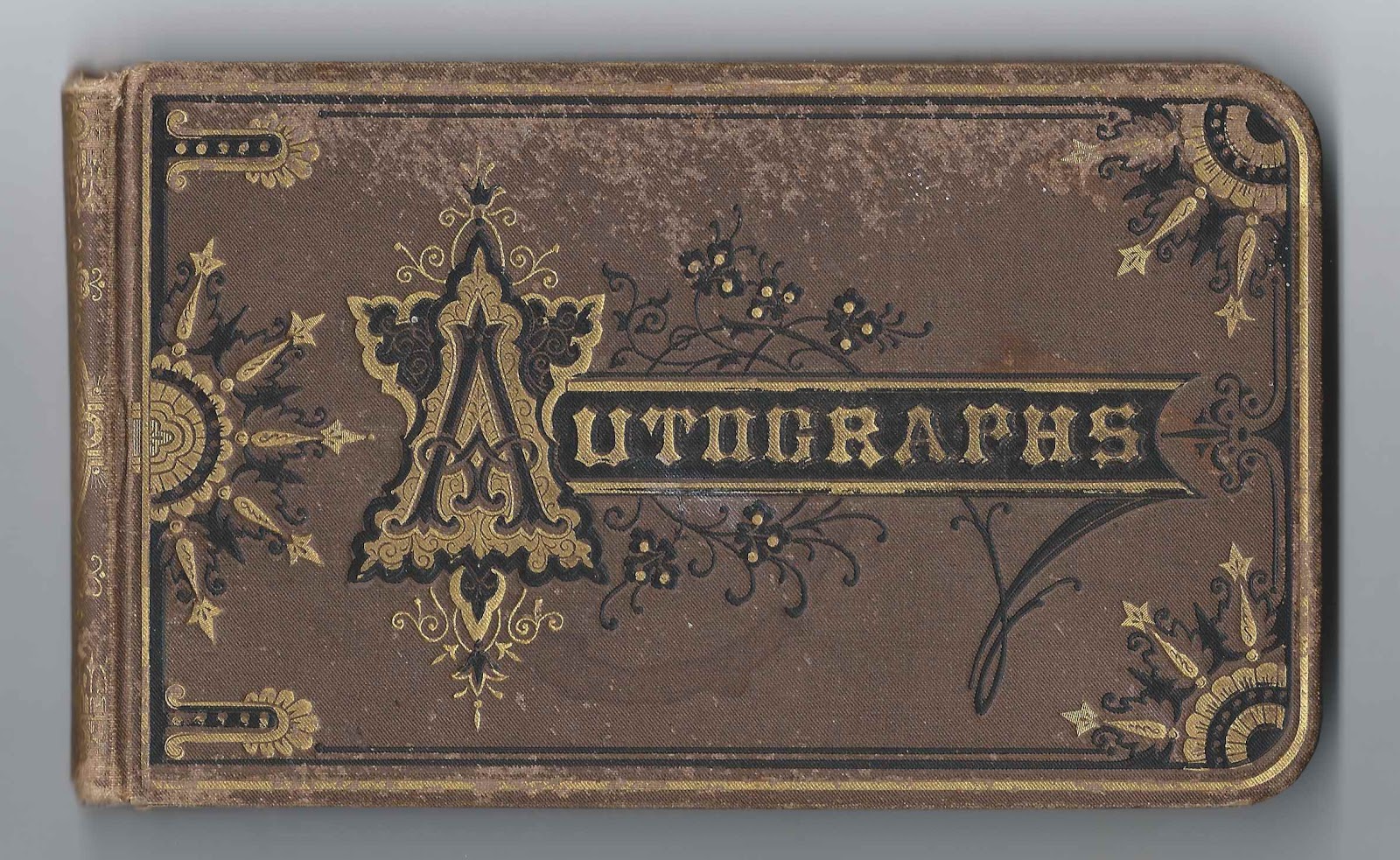 1870s autograph album of Clement Adams Walker, Jr., of Boston, Massachusetts, received at Christmas 1875 and kept possibly while Clement was attending Boston Latin School.  He may have been a member of the class of 1879. 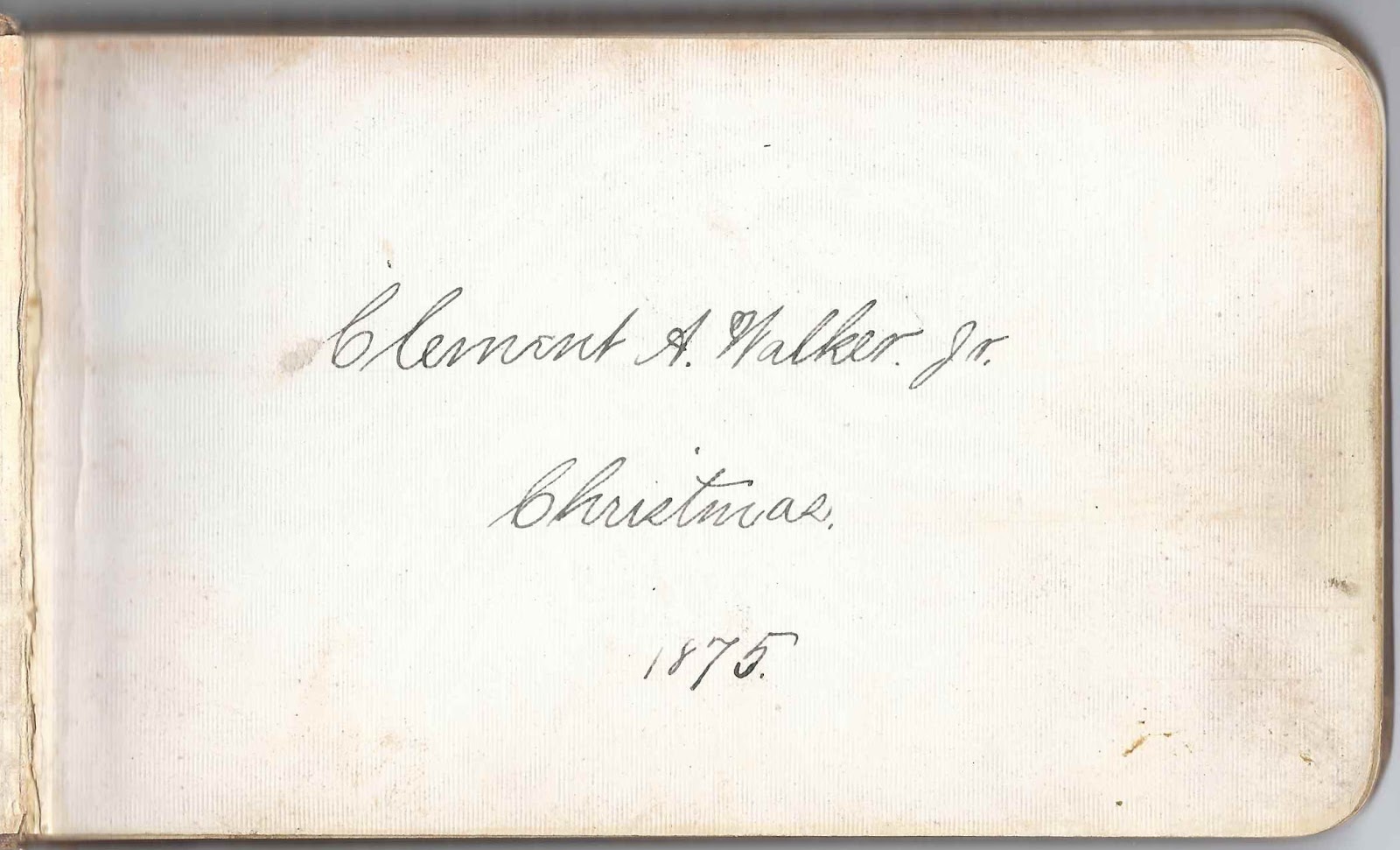 The album measures approximately 7" x 4-1/4" and contains the sentiments of 31 of Clement's relatives, friends and schoolmates.  An alphabetical list of the signers, with any residence or school information, appears at the end of this list. 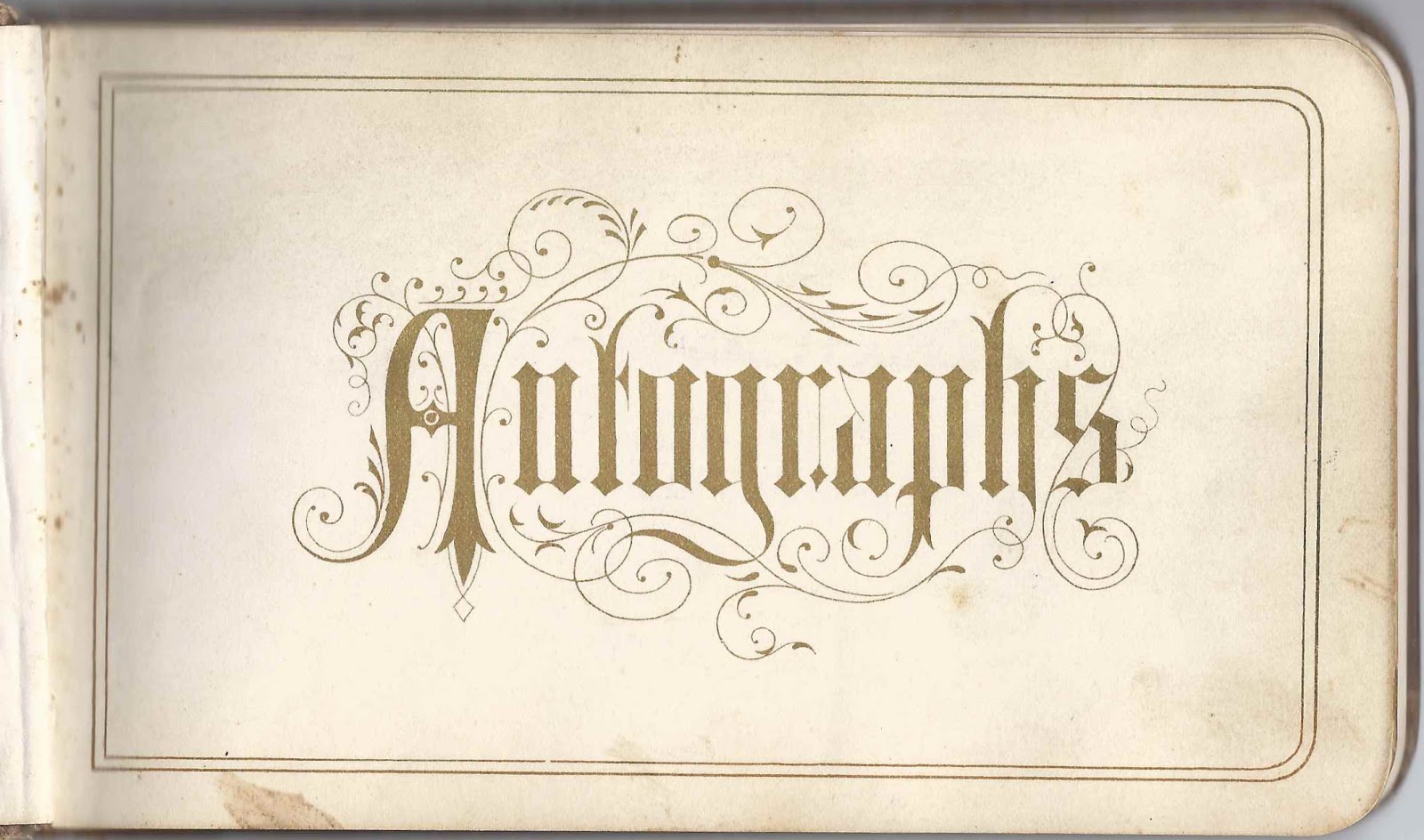 Dr. Clement Adams Walker, Sr., signed the first page in the album after the title page, on Christmas Day in 1875.  It was presumably he who gifted the album to his son.  Dr. Walker served for thirty years as head of the Boston Lunatic Hospital in South Boston, Massachusetts.  Read more about Dr. Walker and how conditions vastly improved during his administration, here. 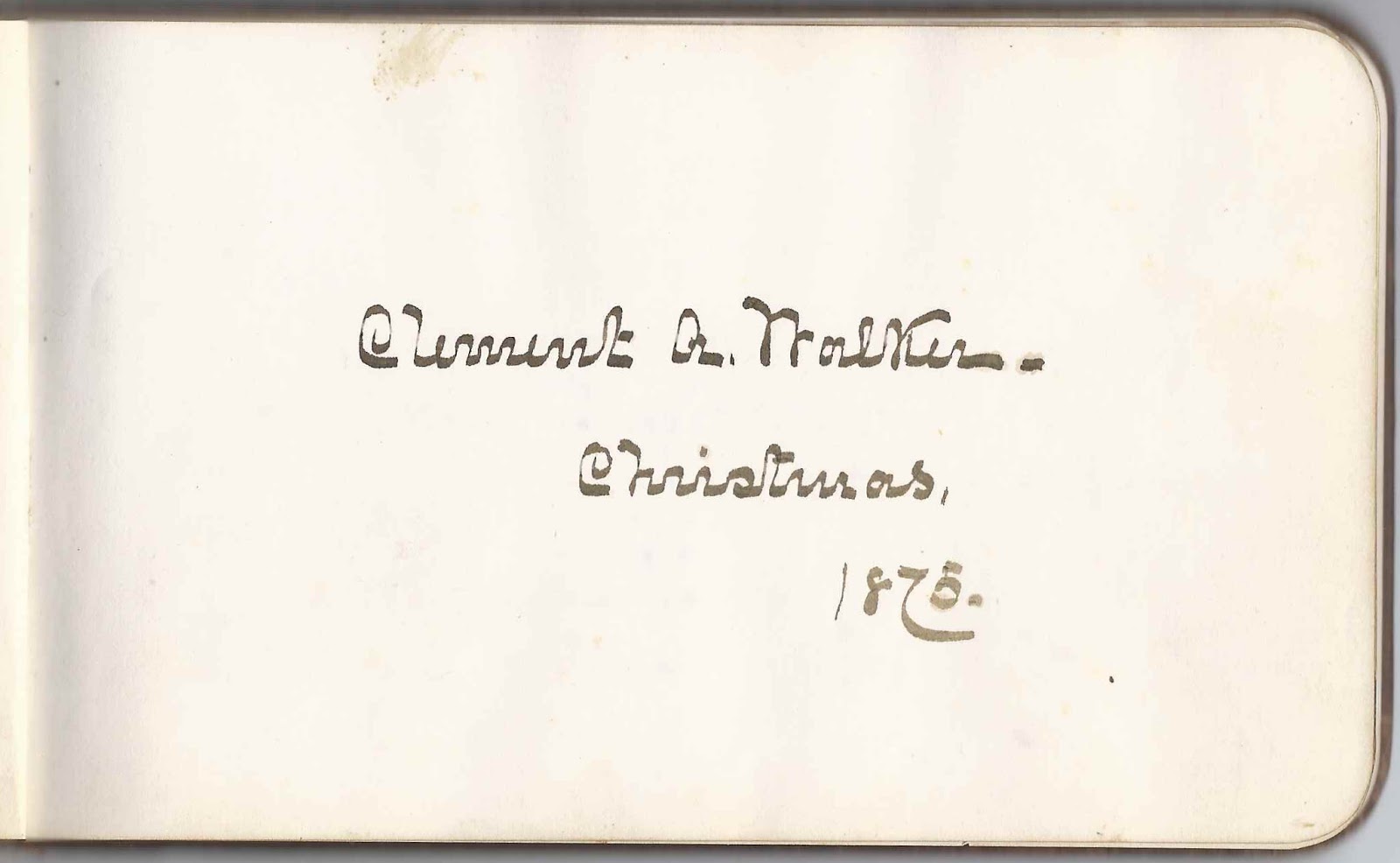 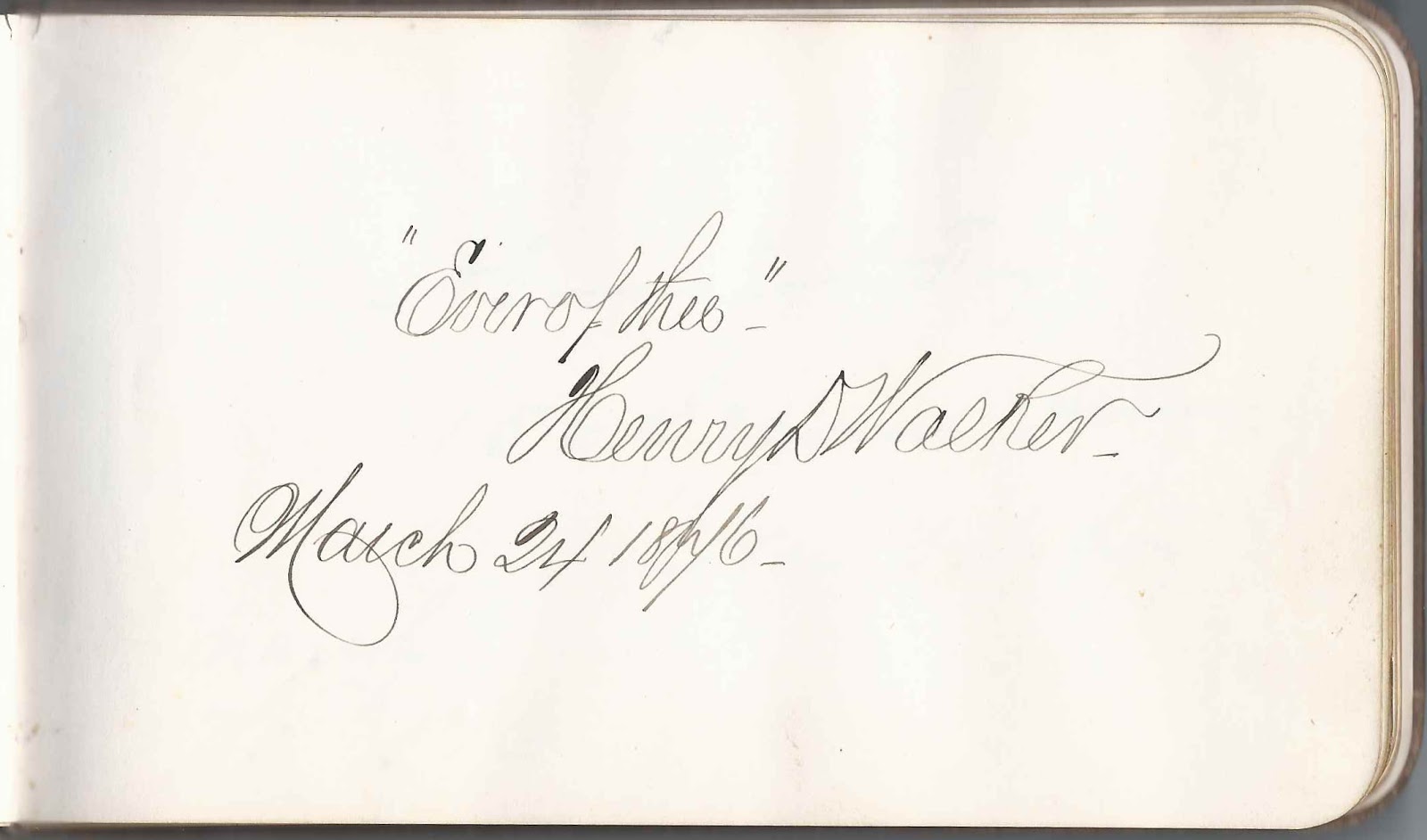 Based on the several signers who indicated they were students at B.L.S., I believe that Clement Adams Walker, Jr., also attended B.L.S., which was presumably Boston Latin School.  One student, Clement W. Andrews, who signed his page on December 24, 1876, gave his graduating year as 1879. 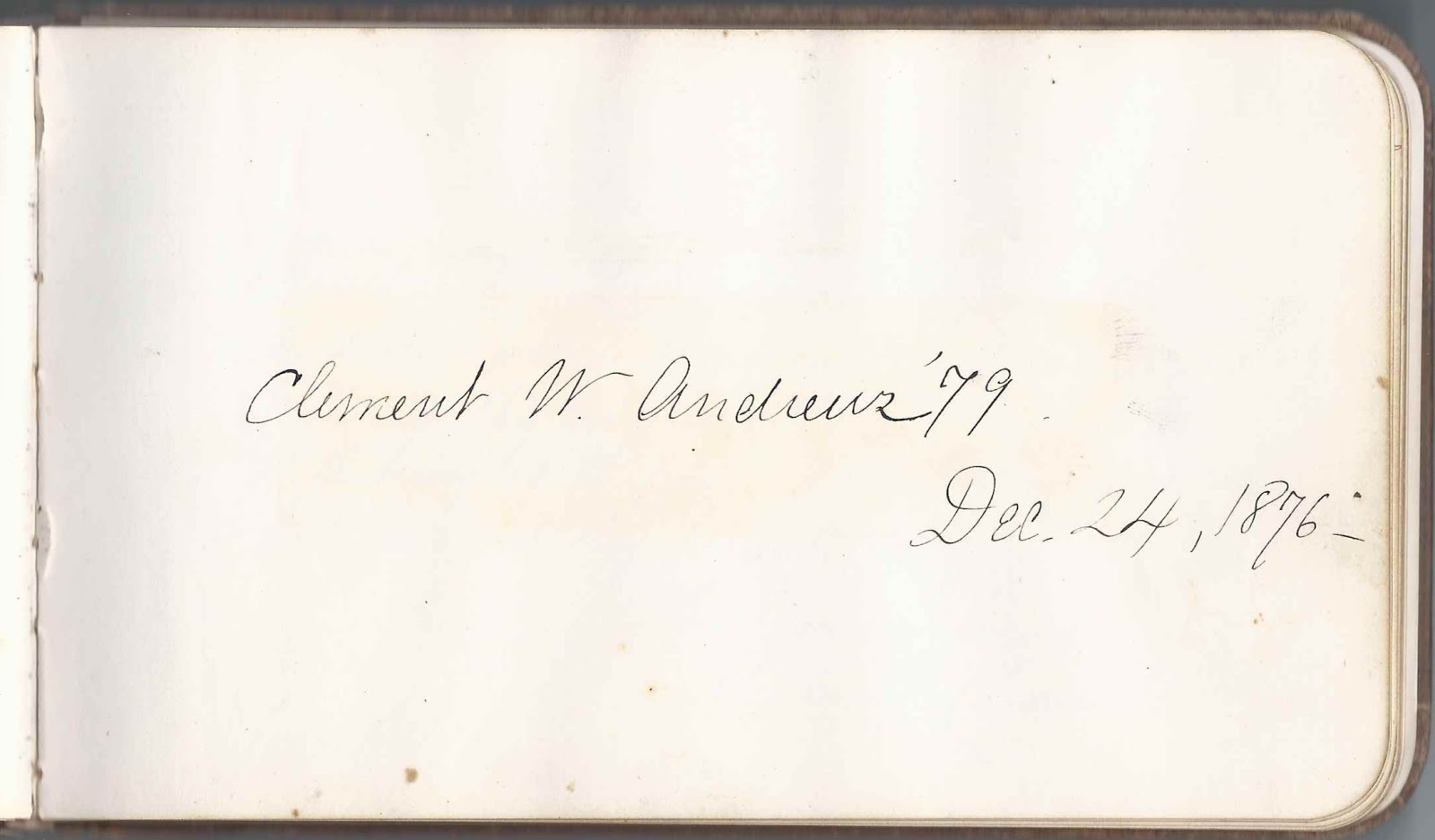 Another B.L.S. student was John Newell of 611 Tremont Street, Boston, Massachusetts, who signed his page on October 30, 1876. 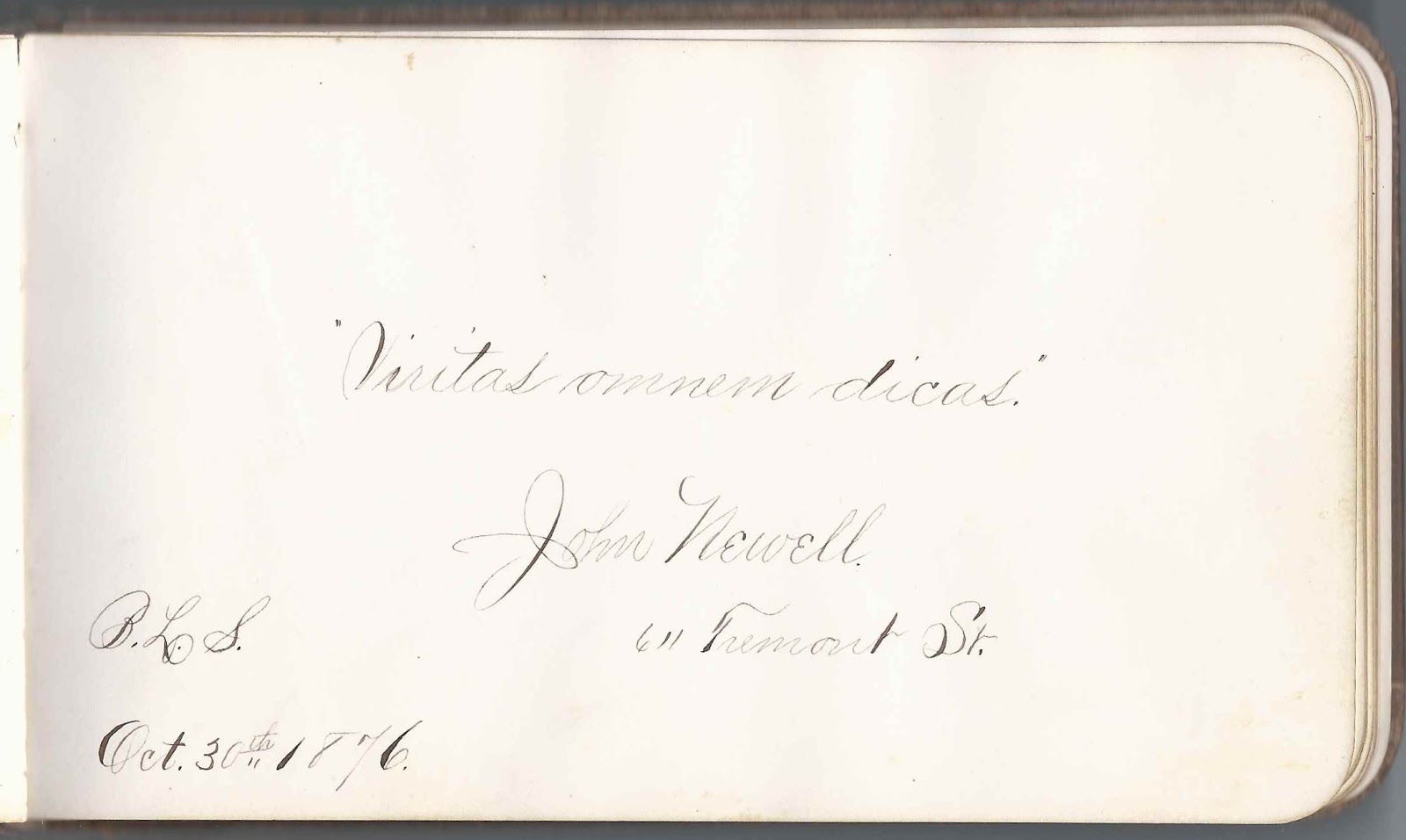 Another page was signed by a student whose name was, I think, H. B. Hix of Rockland, Maine, signed on February 18, 1876. 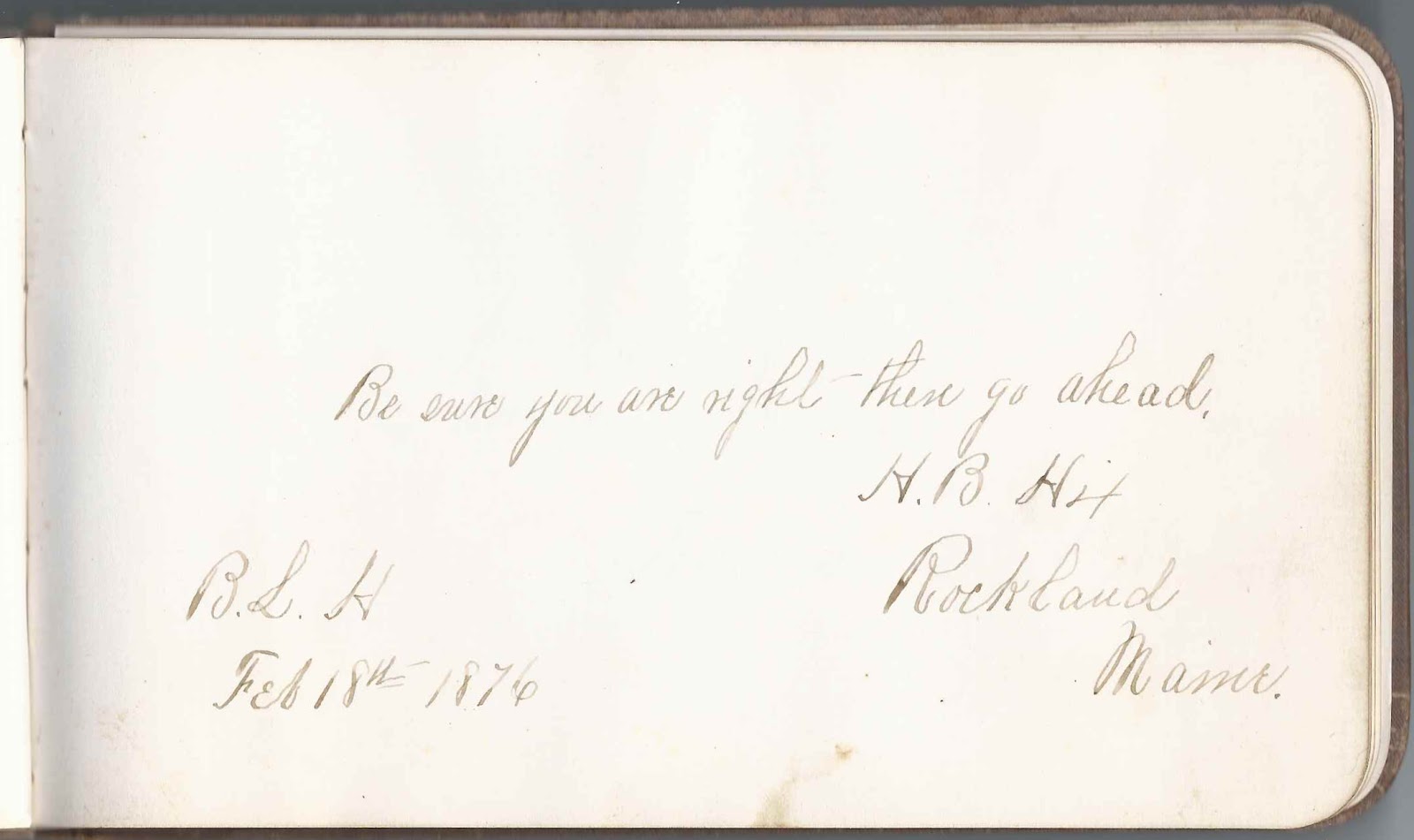 Alzire A. Chevaillier, signed a page on January 8, 1876.  She was a, suffragist, professional muckraker and, according to some, agitator.  She was hired by the San Francisco Chronicle to infiltrate the utopian "Fountaingrove" settlement at Santa Rosa, in 1891.  After a few months undercover, she cast aspersions on the character of Thomas Lake  Harris and got him tossed out of Fountaingrove, which he had started in 1875.  Alzire's parents were Jean Charles Chevaillier of France and his wife Sarah Conant (Clark) Chevaillier, who was born in Boston. A. Goodrich Fay of 156 Second Avenue, New York, signed a page on March 26, 1876.  He was Alonzo Goodrich Fay, an attorney who was the husband of Harriet Amanda (Ransom) Fay.  156 Second Avenue was known as the Ransom House, which over time became the Cafe Boulevard, a famous Hungarian restaurant. 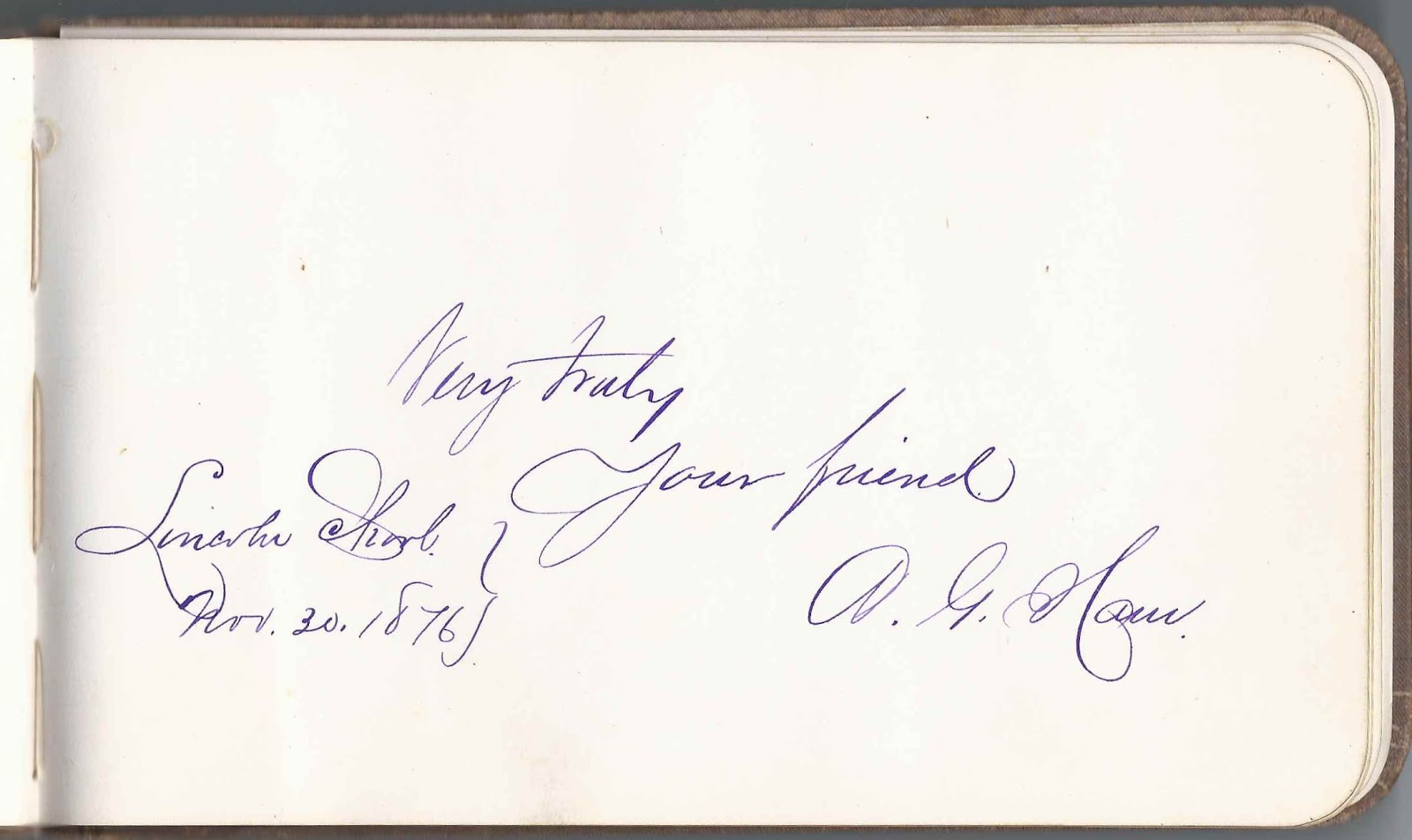 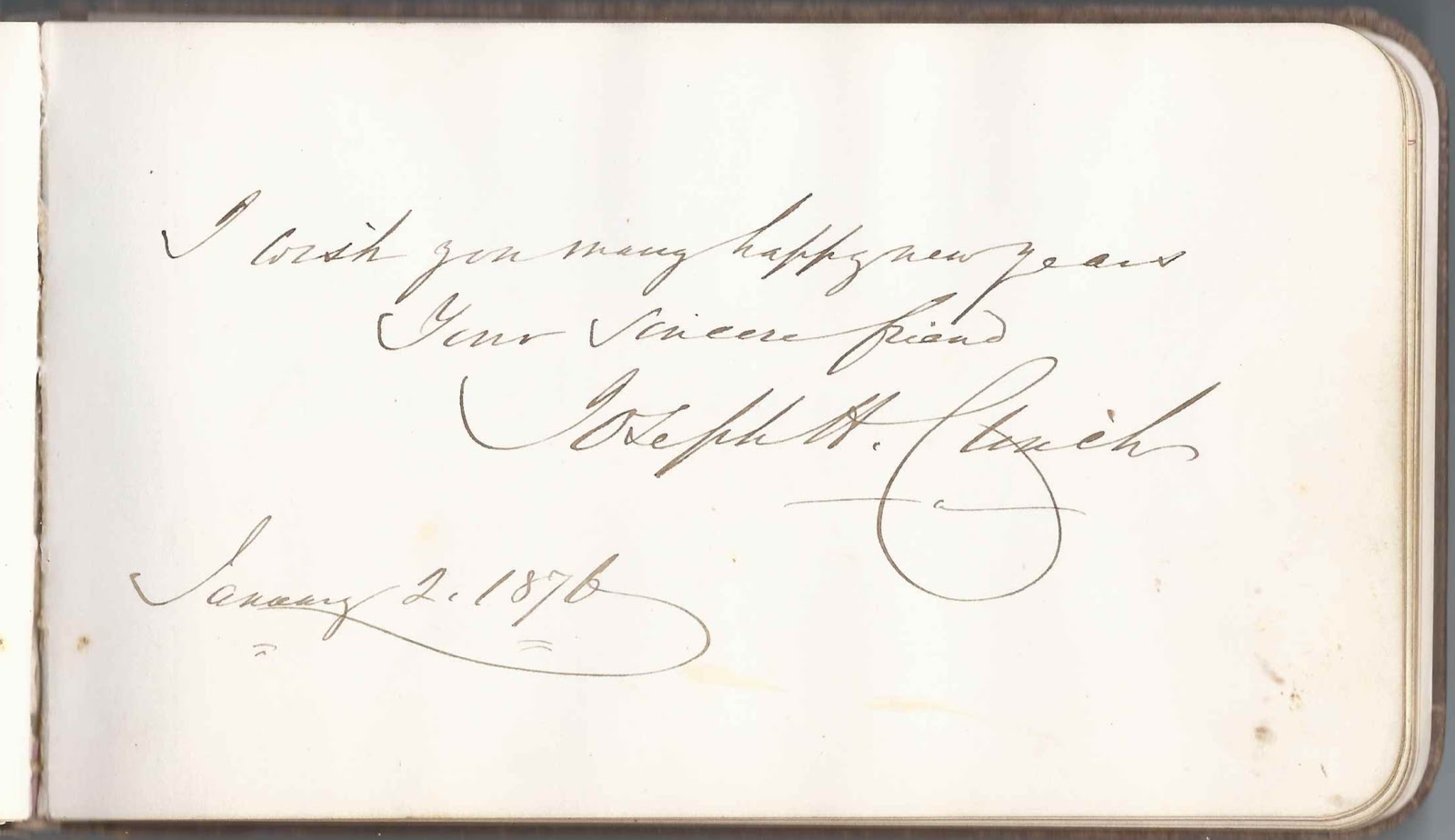 Surnames in the album    [Note: Given names within a specific surname may not be in alphabetical order.]

Posted by Pam Beveridge at 4:16 PM