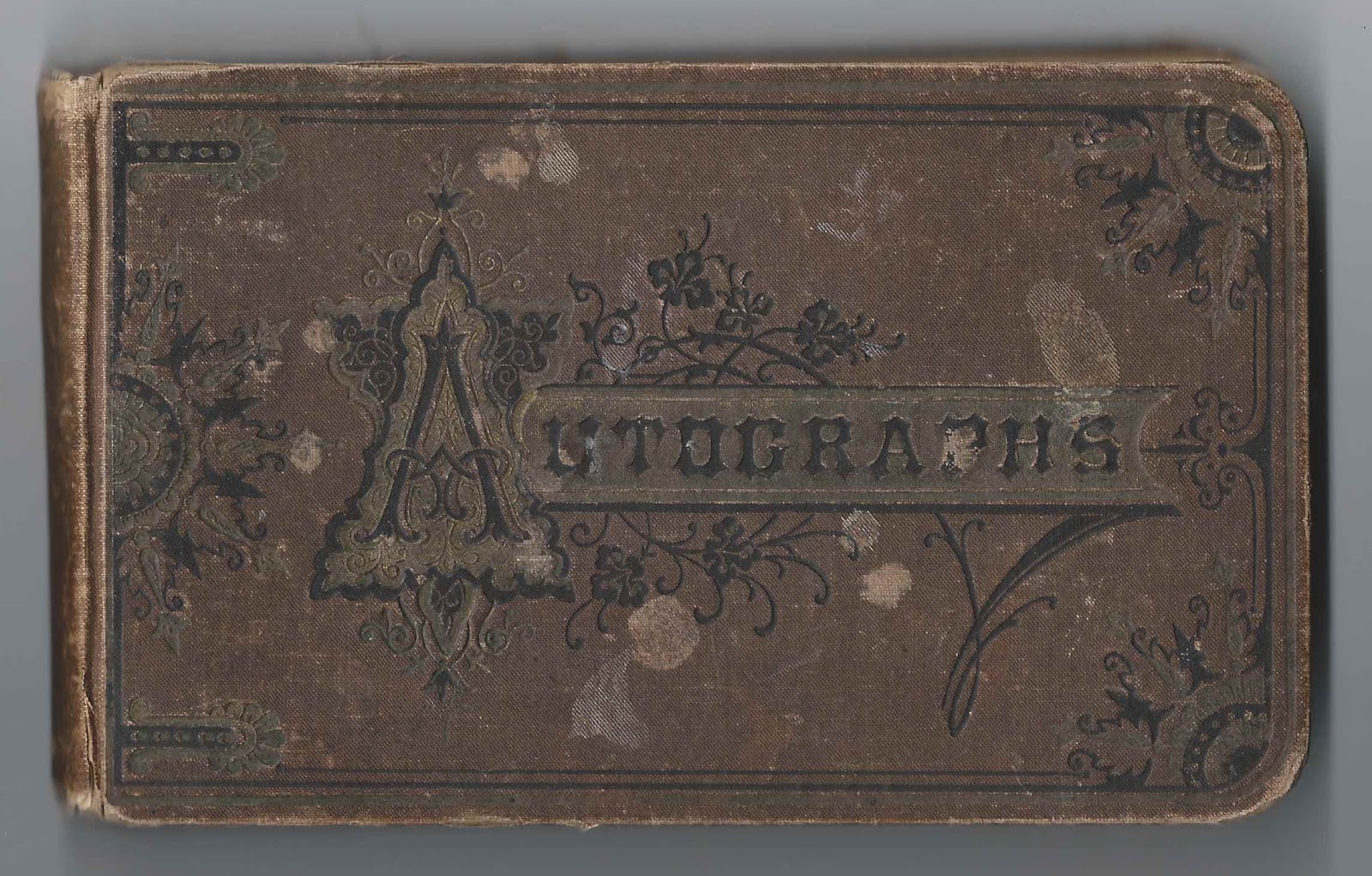 1878-1885 autograph album that belonged to a Nellie who lived in the Boston,  Massachusetts, area, perhaps at Boston or at West Quincy, as most people who signed pages in the album came from either place.

Sadly, not one person who inscribed a page in the album mentioned a family relationship with Nellie so that I could tease out her identity.  One of the Boston signers indicated that Nellie was her teacher.

The album includes 6 loose photographs, shown farther below.  Since I don't know the provenance of the album, other than the previous owner purchased it at an estate sale at Weymouth, Massachusetts, where it was found in the attic, I can't be sure the photographs have a connection to Nellie, but I assume they do.  One of them features Richard Cardinal Cushing, Archbishop of Boston.

The album measures approximately 7" x 7-1/4" and contains the sentiments of 46 of Nellie's friends and pupils.  An alphabetical list of the signers, with any residence and pupil relationship included, appears at the end of this post.

A few of the pages that might spark a memory in a future reader and lead to Nellie's identity:

Nellie Fegan of West Quincy, Massachusetts, inscribed a page on December 29, 1878 and included references to some shared adventures: "Rehearsals in Basement"; R.S.A.; "Double runners"; "Gracain Bind night" [which looks like Grecian Bind night in the message of another signer.] 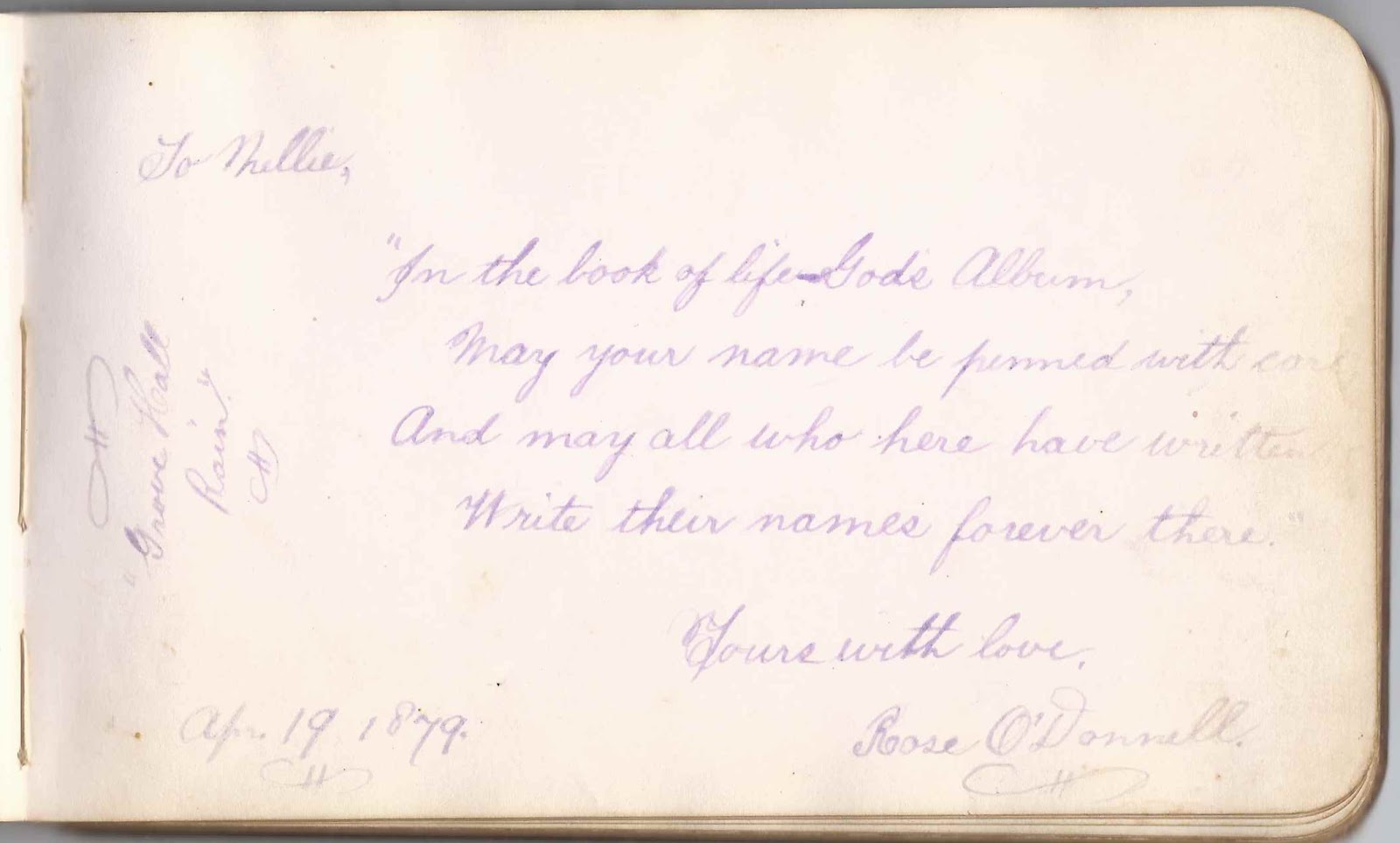 M. A. Fagen of West Quincy, Massachusetts, signed a page on February 19, 1879 and mentioned "The Merchant of Venice"; she was presumably Mary A. Fegan, Nellie's sister.  Perhaps this play was what Nellie, Mary, and, presumably, Nellie, were rehearsing in the basement? 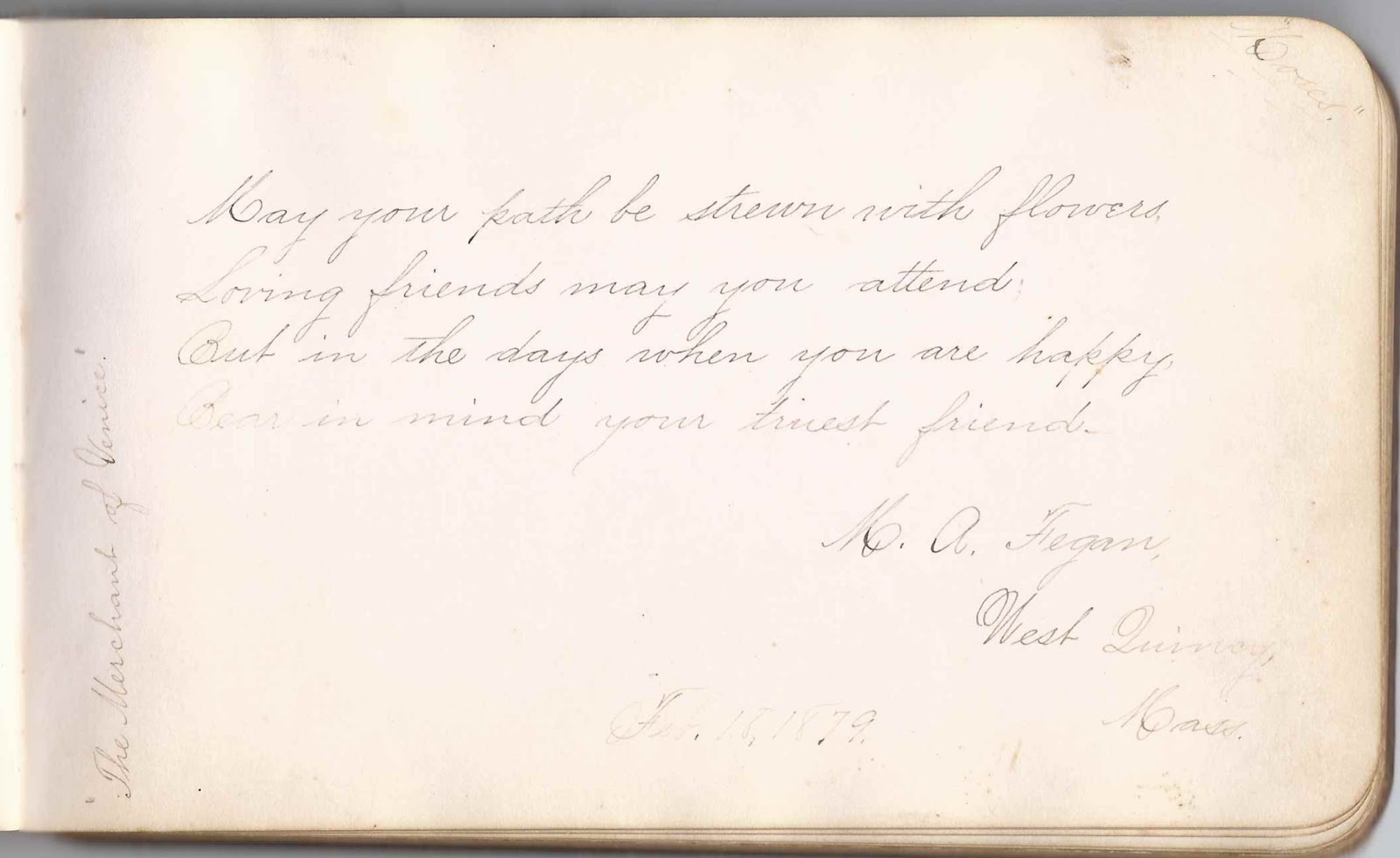 Theresa Fegan, presumably another of the Fegan sisters, signed a page at West Quincy, Massachusetts, and mentioned "Clarendon Hills".  Sorry to show so many of the Fegan girls' pages instead of others, but they happened to be the signers who added the most personal notes, perhaps reflecting a very close relationship to Nellie. 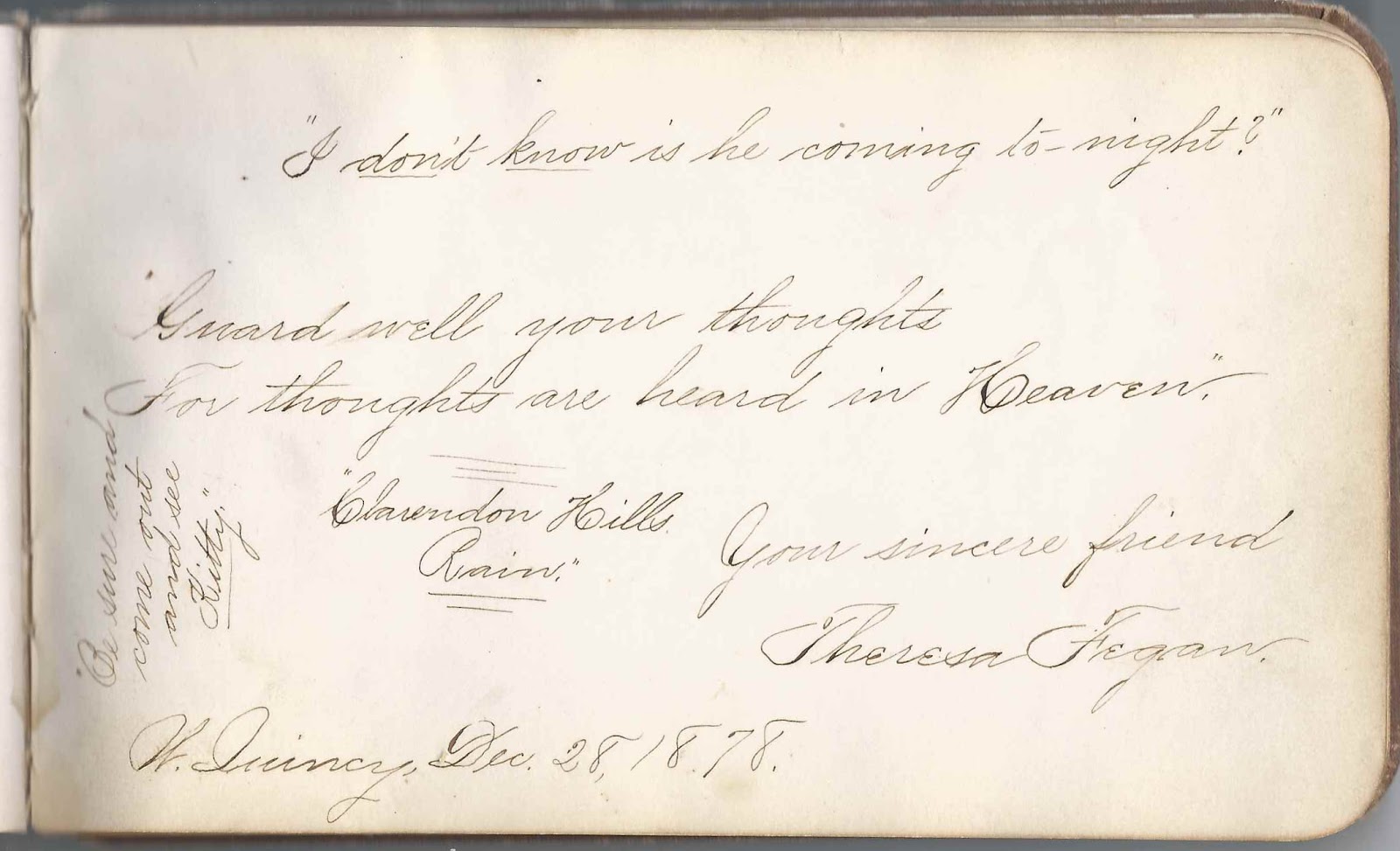 Laura A. C. Hughes, signed at Pentecost, June 5, 1881 and added B.C.H.  Could this be Boston City Hospital?  Was Nellie a teacher here?

Someone, presumably L. Kearney, inscribed an acrostic in January 1881.

Lucy G. Hennessey of Boston, Massachusetts, inscribed her page to "Ellie" rather than "Nellie", the only signer to do so.

Photographs included loose in the album:

Real Photo Postcard, front and reverse, produced in Boston, with a name that's hard to decipher.  Barrett Carr?  Burnett Carr? Hopefully a reader will recognize this photograph from family albums. 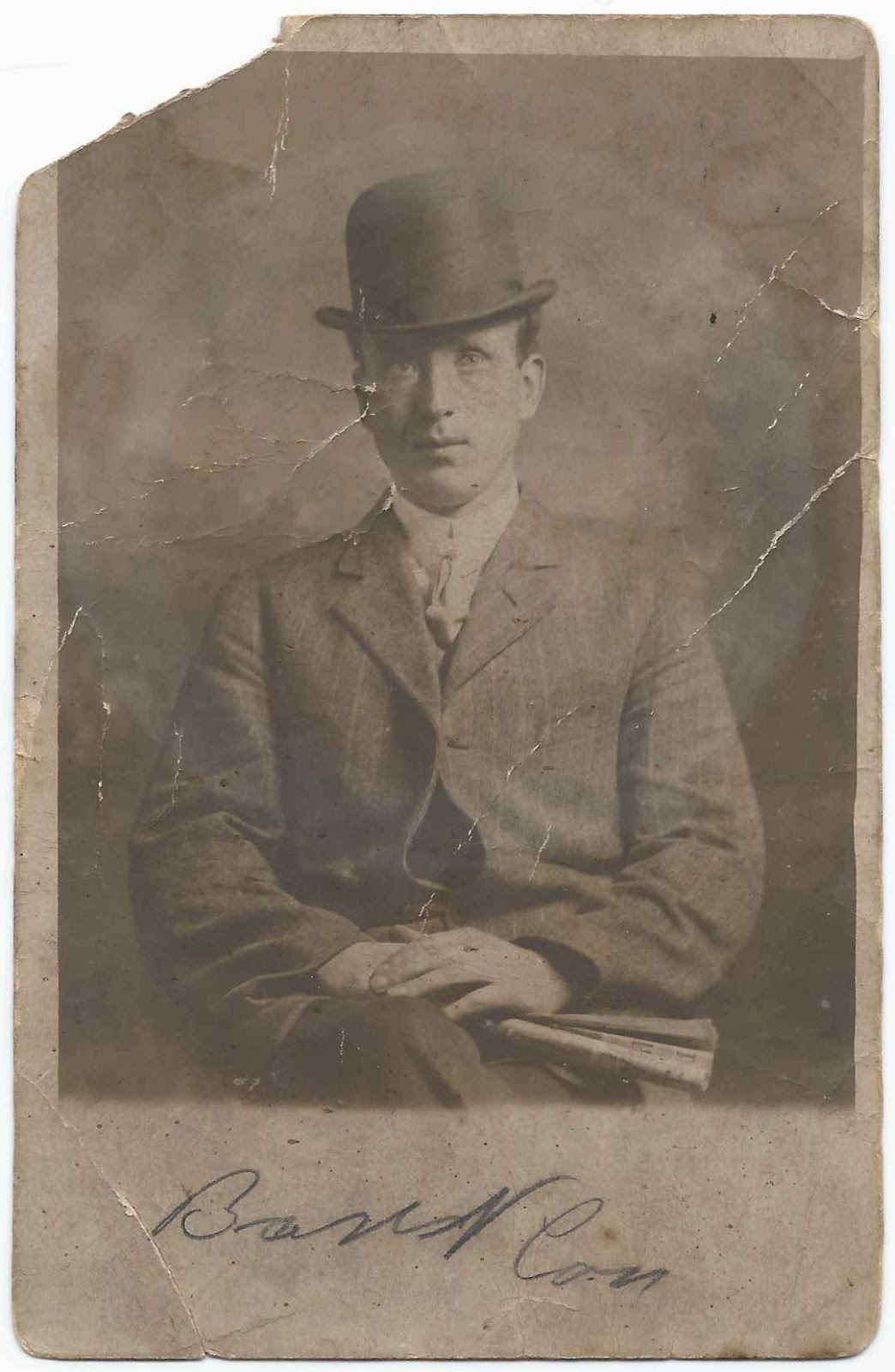 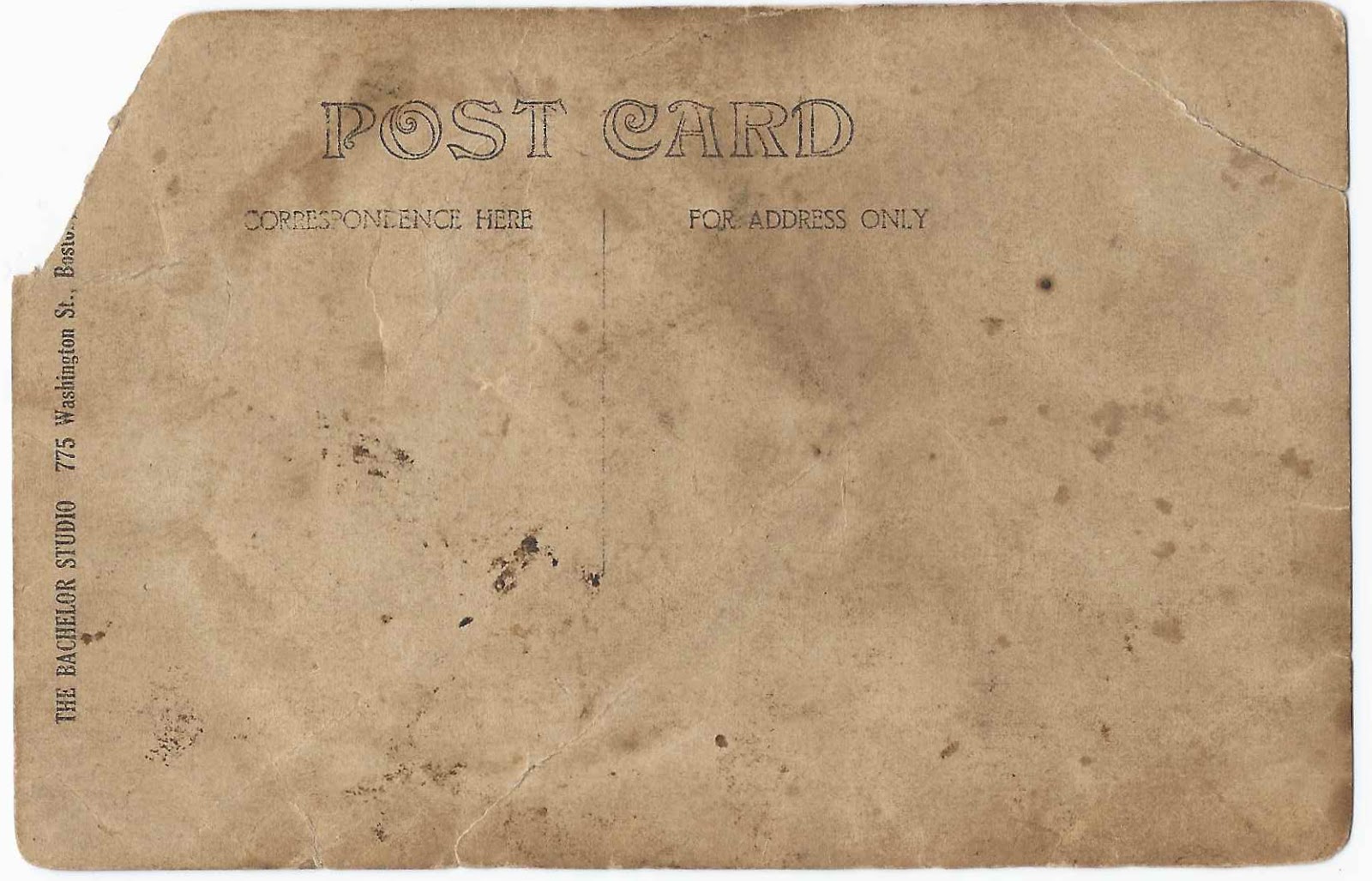 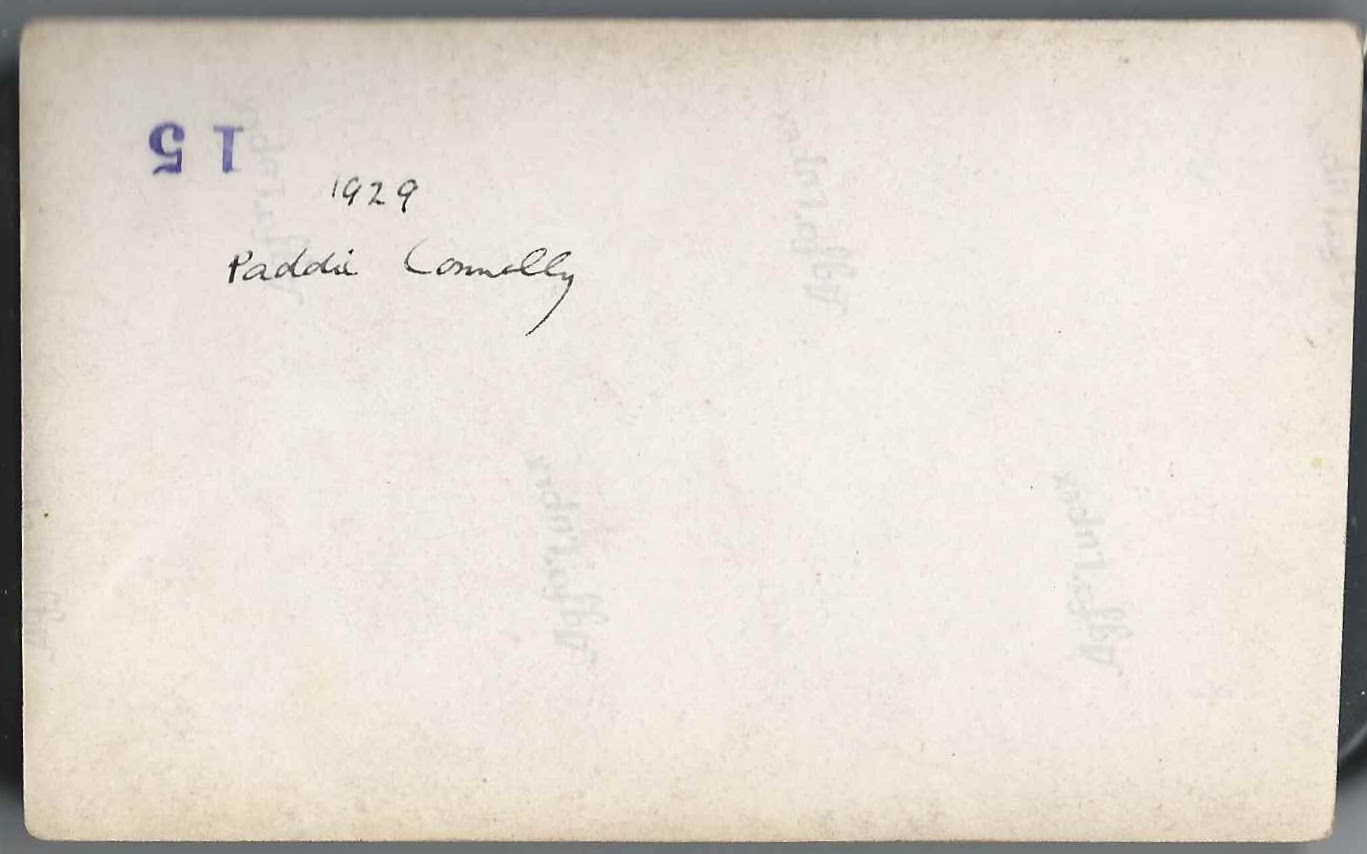 Photograph of a wedding group, taken at Cork, Ireland, front and reverse: 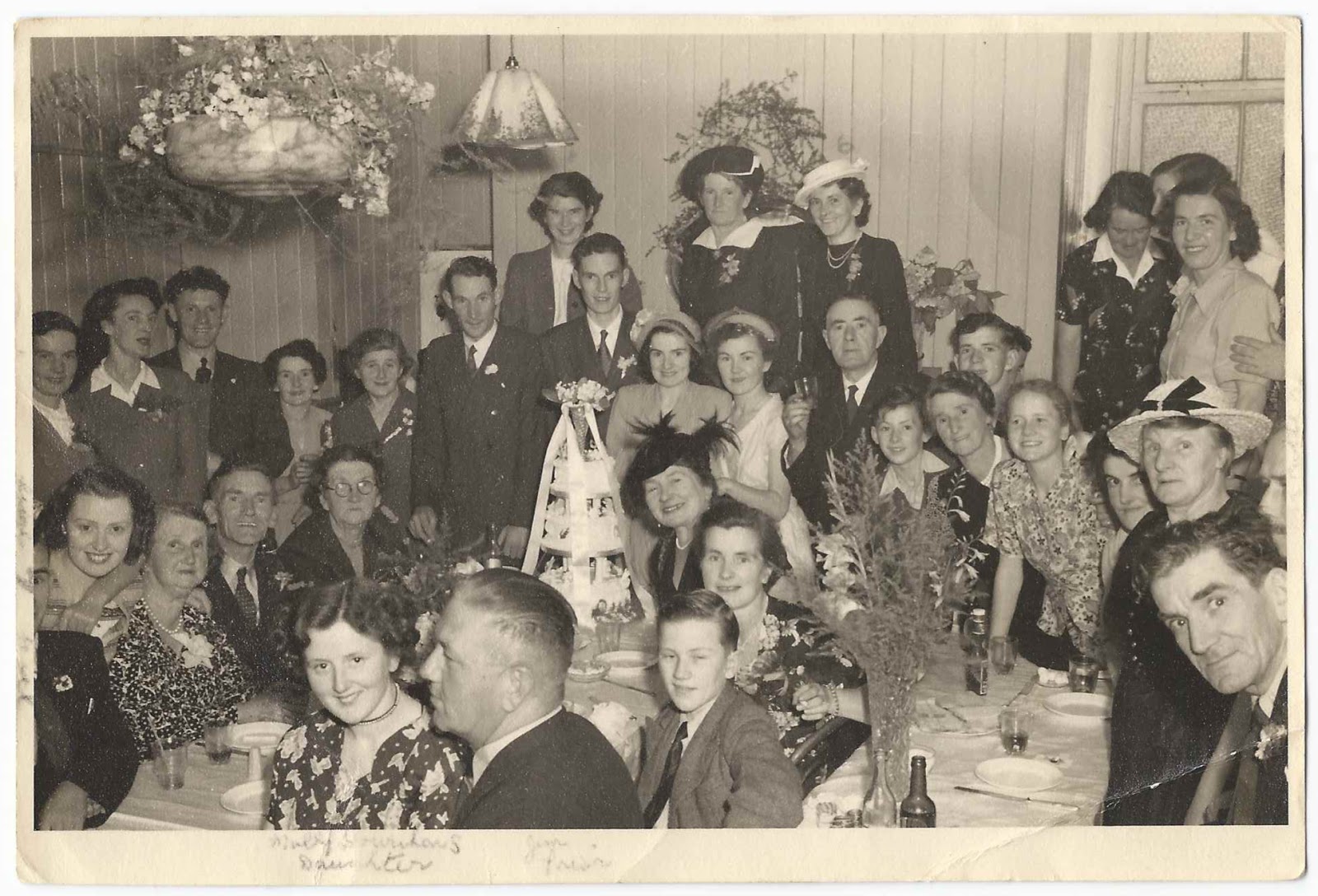 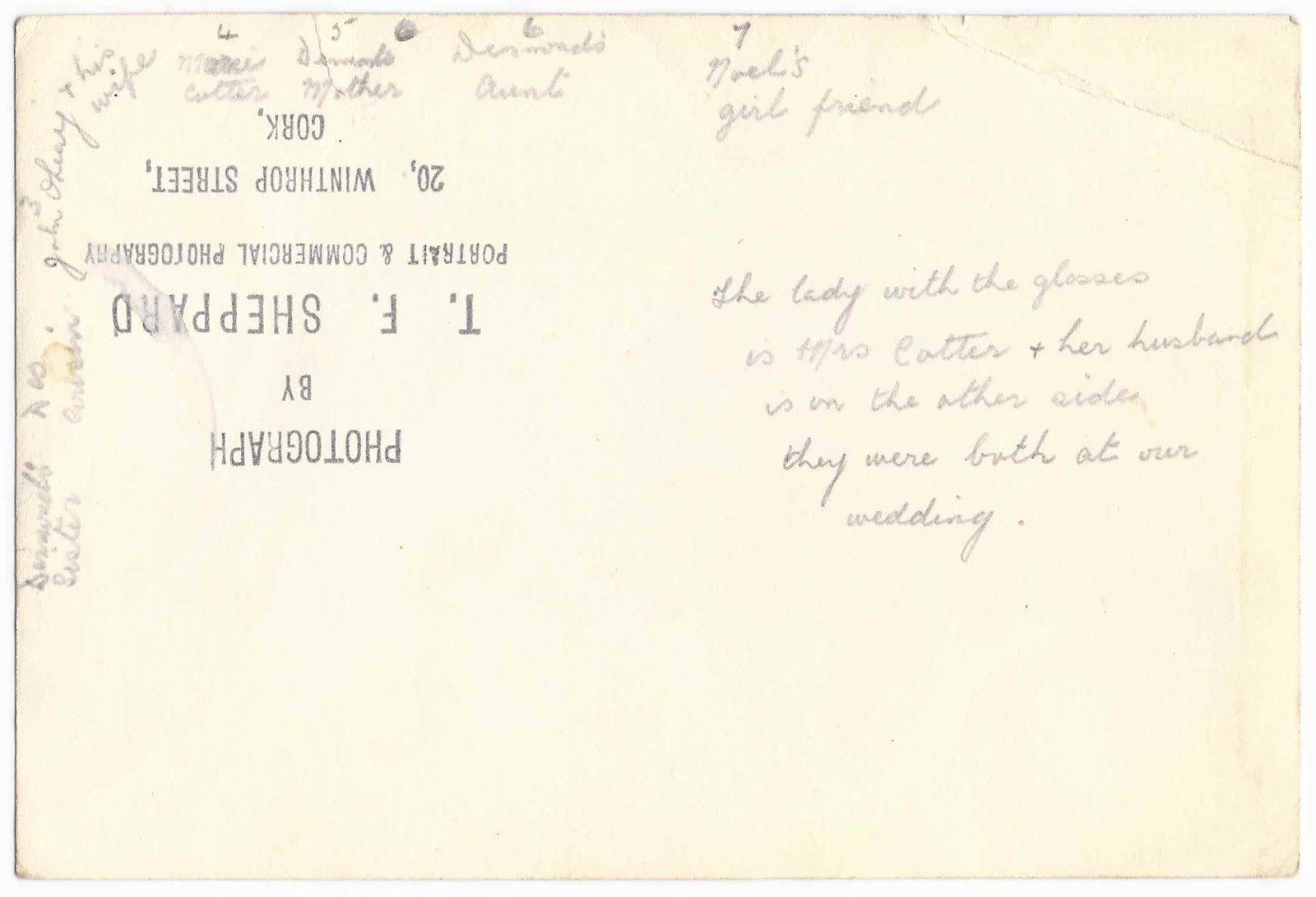 Snapshot of Richard "Cardinal" Cushing and nun; reverse at right. 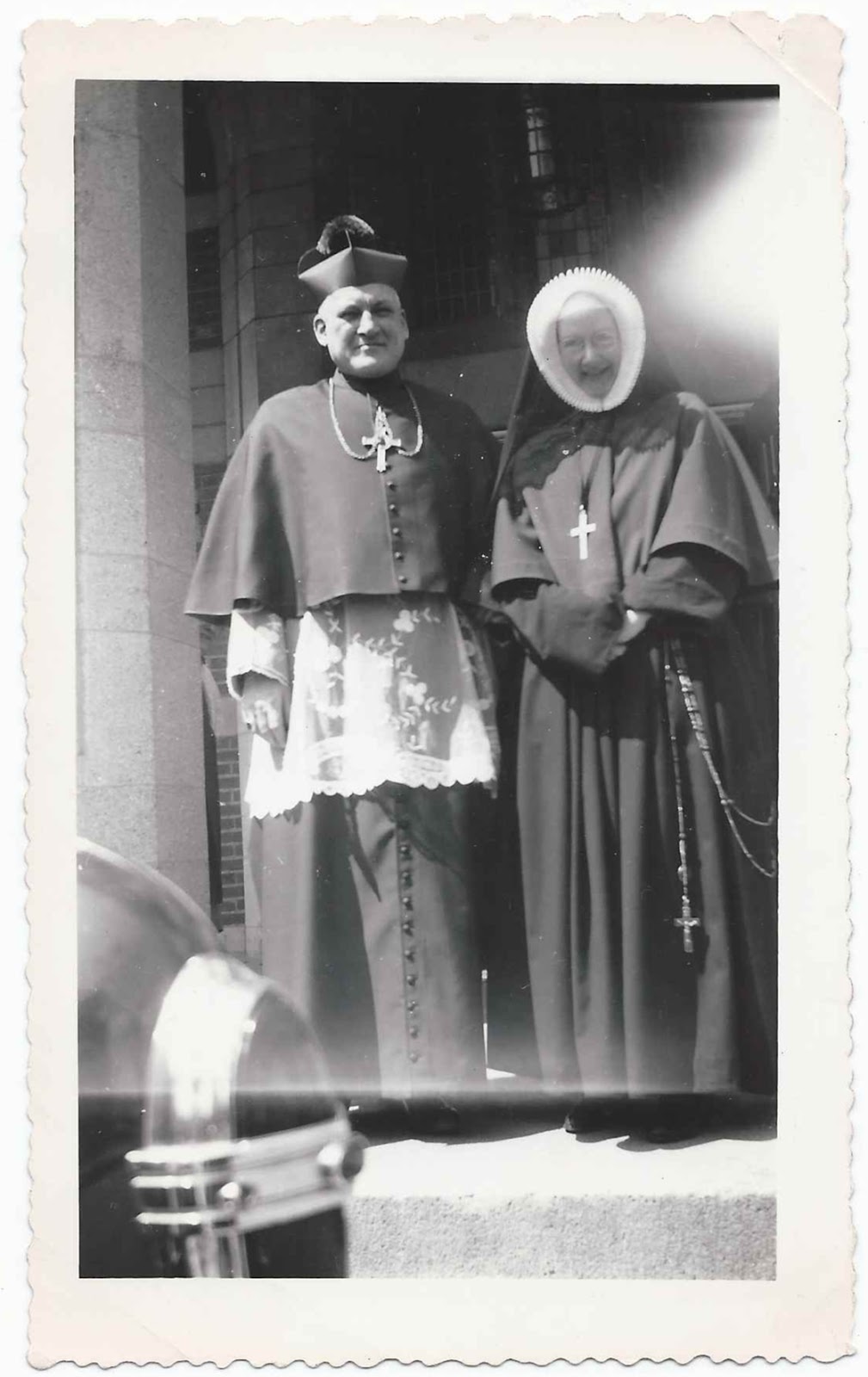 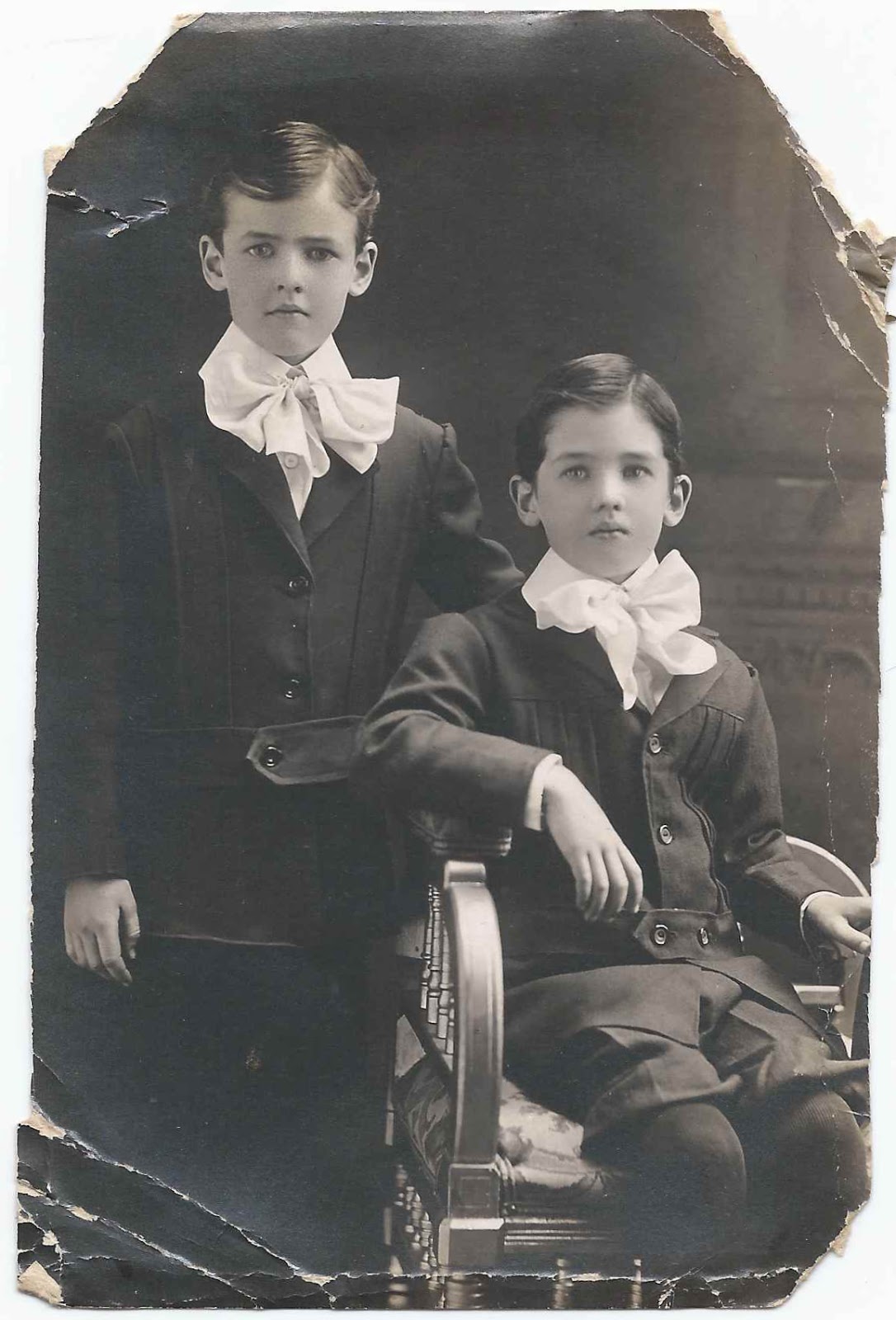 Priest [who looks like one of the brothers, above and is perhaps in the photograph below] 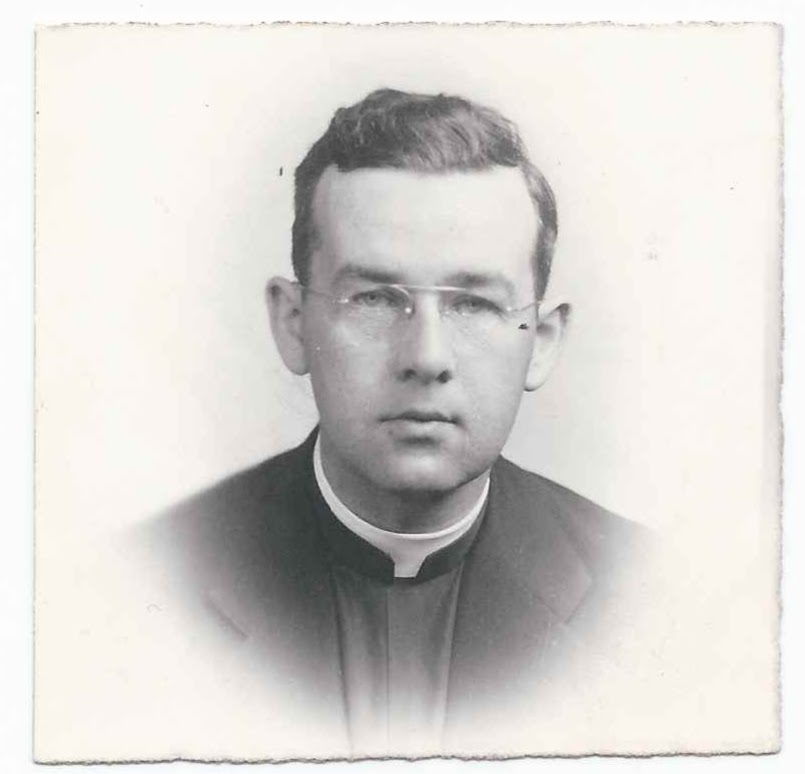 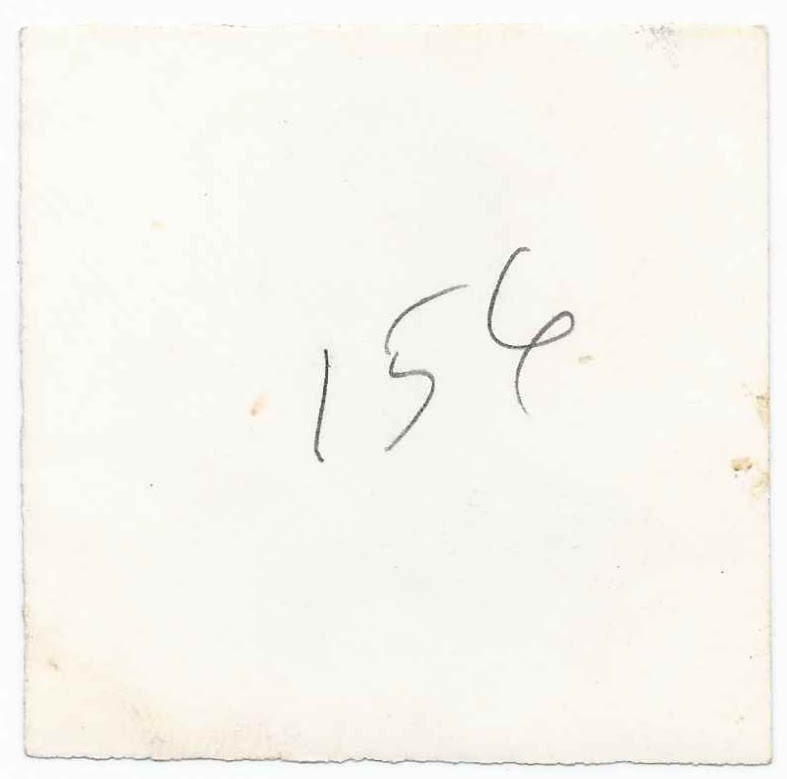 If you have a theory of Nellie's identity, based on any clues from above or in the list of signers below, or from the photographs, please leave a comment or contact me directly.  Thanks!

Posted by Pam Beveridge at 8:41 AM