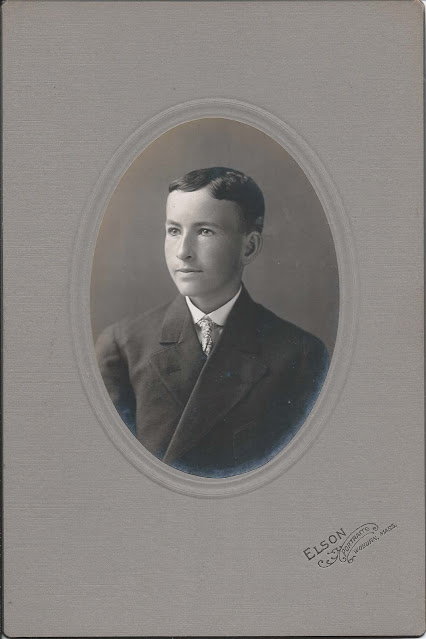 Photograph of an earnest young man identified on the reverse as Charles E. Callahan.  It appears to be a photograph taken upon his 1906 graduation from Woburn High School at Woburn, Massachusetts.

The photograph was taken by the Elson studio of Woburn, Massachusetts. 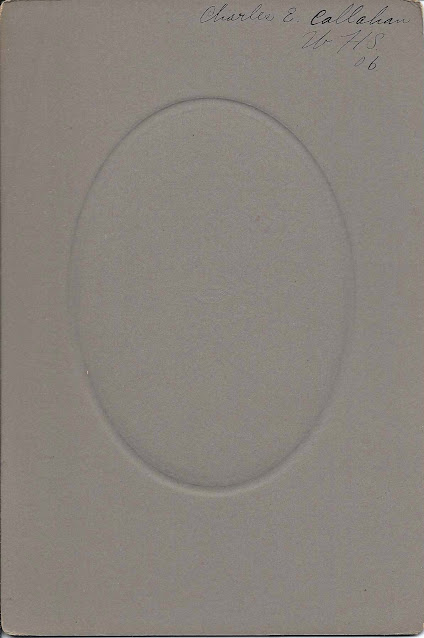 Below, a partial scan of a page in a Woburn annual report that lists Charles Edward Callahan as one of the graduates. 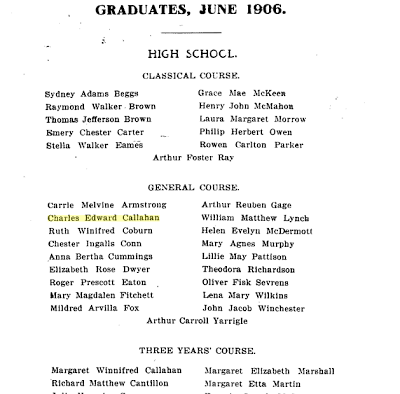 Charles Edward Callahan was born 31 October 1888 at Quincy, Massachusetts, the son of Edward and Margaret J. (Sullivan) Callahan, both natives of Ireland.

After graduation in 1906, Charles stayed in the area.  In 1910, he was living with his parents and working at an occupation I can't make out on the Census form.

By the time he completed his World War I draft registration card, he was working at the Massachusetts School for the Feeble-Minded, which today is known as the Walter E. Fernald Developmental Center, named after its first resident superintendent.
In 1927 Charles married Madeline G. McCarty [or McCarthy], daughter of Thomas and Bridget (Reidy) McCarty, Irish emigrants.  Madeline was born about 10 July 1896 at Ayer, Massachusetts.

Charles was still employed at the Massachusetts School for the Feeble-Minded when he completed his World War II draft enlistment form in 1942.

Posted by Pam Beveridge at 7:43 AM