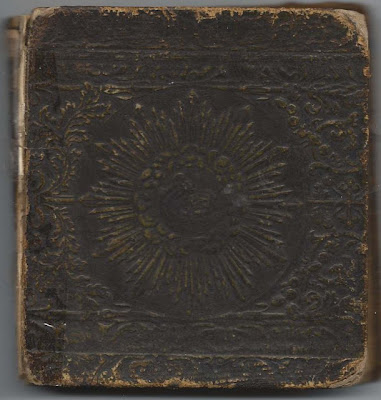 The album, which is approximately 4-1/4" x 4" and contains approximately 60 signed pages, includes many autographs collected at Wilbraham, Massachusetts, in the 1830s.  An alphabetical surname list and an alphabetical list of the inscribers, together with any personal information they offered, appear at the end of this post.

From clues in the album, I believe Elizabeth was the Elizabeth Ford of Great Barrington, Massachusetts, daughter of Enos and Mary (O'Brien) Ford and future wife of Heman Laflin. 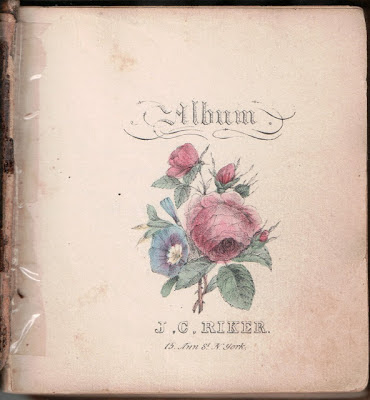 Other posts feature pages signed by two of the signers in the album:

Elizabeth Ford was born about June 1822 at Great Barrington, Massachusetts, daughter of Enos and Mary (O'Brien) Ford, who were born at Hamden, Connecticut, and Massachusetts, respectively.  On February 28, 1844 Elizabeth became the second wife of Heman Laflin, son of Heman and Catherine (Eldredge) Heman.  He was born 17 January 1820 at Southwick, Massachusetts.  Heman's first wife was Sarah Maria Gillette, who died not long after their marriage.  I believe Heman and Elizabeth (Ford) Laflin had three children. 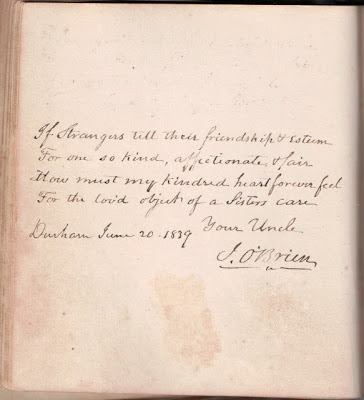 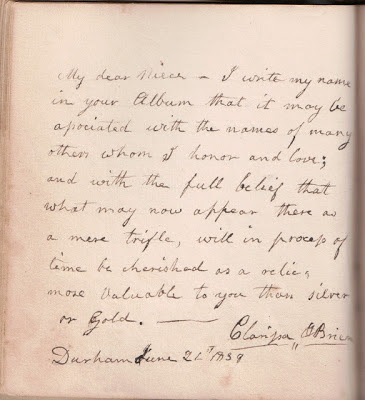 The page below may also have been signed by Elizabeth's uncle John O'Brien. 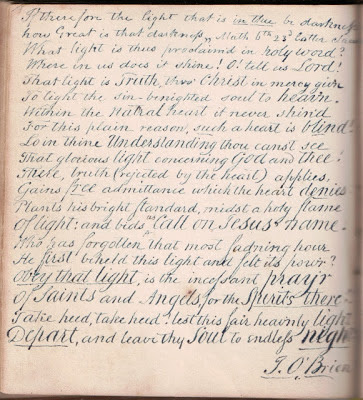 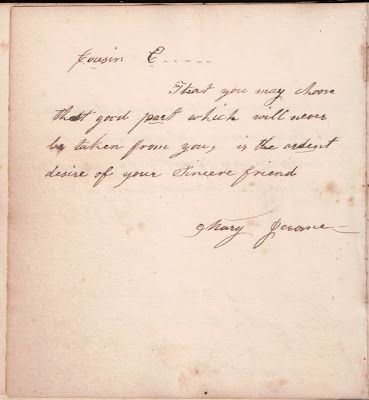 If you have corrections to the information above or additional information, please leave a comment or contact me directly.  Thanks!

The album has several floral designs interspersed throughout, in addition to that on the title page. 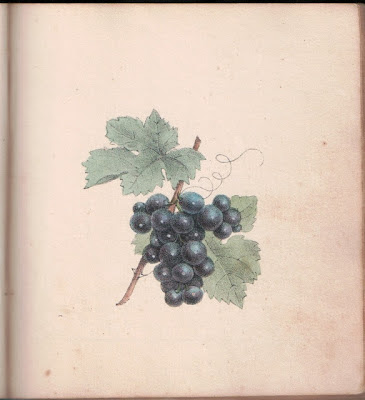 Alphabetical list of the Inscribers  [Given names within a specific surname might not be in alpha order.]

Posted by Pam Beveridge at 7:31 AM