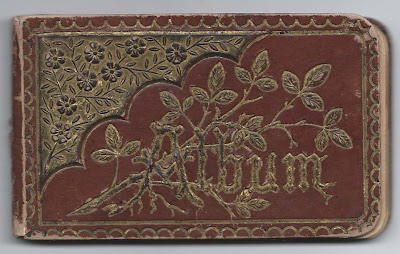 1880s autograph that belonged to Bertha Fitz of Carman, Illinois.

The album is approximately 5" x 3" and contains 48 pages signed by Bertha's relatives, friends and schoolmates.  An alphabetical list of the signers appears at the end of this post.

The album is in rough shape and is missing a title page and perhaps also some pages at the beginning or end, but not many, if any.

Bertha T. Fitz was born 22 October 1873 at Carman, Illinois, the daughter of Gebhard and Emma Elizabeth (Kunze) Fitz, who were born in Austria and Germany respectively.

Bertha's mother Emma signed a page in the album, in German, in 1884.  She penned a few lines from a German hymn: Es ist bestimmt in Gottes Rath/It is Certain in God's Wisdom 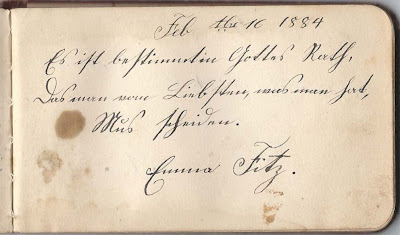 The couple farmed at Stronghurst, Illinois and raised, I think, seven children. 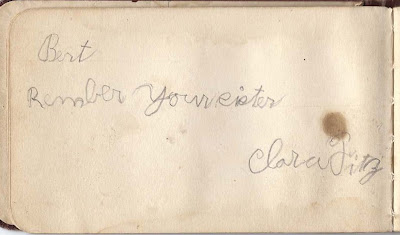 Alma Fitz signed a page in 1884.  She may have been Bertha's sister. 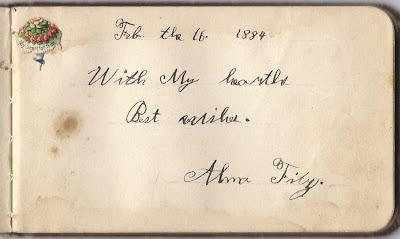 Bertha's aunt, Anna L. Mohrling, signed a page.  I wonder if she was the half sister of Bertha's mother Emma Elizabeth (Kunze) Fitz.  Emma's mother was Theresa Albrecht, and I found a Theresa Albrecht who was married to Karl Heinrich Mohrling. 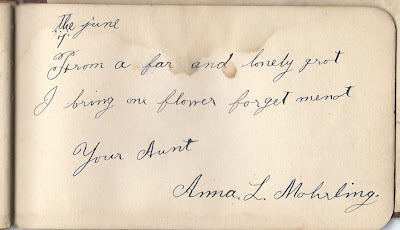 Several other people named Mohrling signed pages in Bertha's album.  One of them signed the first page in the album, in German, in 1884. 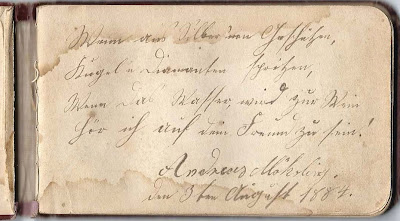 Matilda Morling signed a page in 1884. 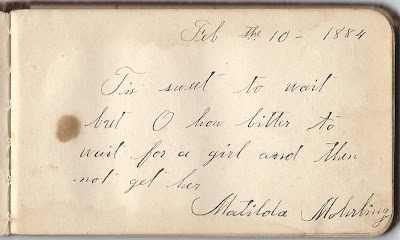 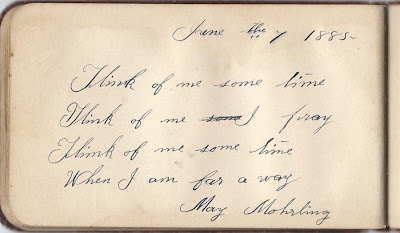 Thanks to a collaborator on the Heirlooms Lost and Found community on Google+, I have a translation for the following page, signed by Alma Siegwarth of Carman, Illinois. 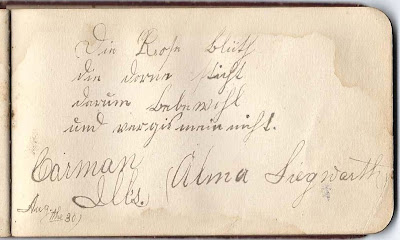 If you have corrections and/or clarifications to the information above, or can provide a translation of the pages written in German, please leave a comment or contact me directly.  Thanks!

Alphabetical list of signers [note: given names within a specific surname may not be in alpha order.]