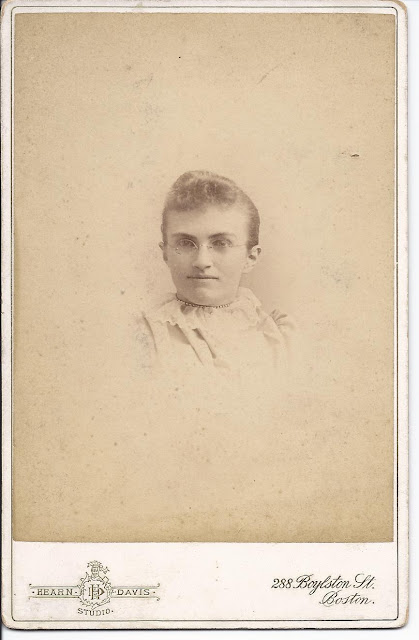 In 1896, Mertie graduation from the Hartford Theological Seminary at Hartford, Connecticut.  After graduation, she was involved with the American Missionary Association but is probably best known as the wife of Edwin Osgood Grover, philanthropist and first "Professor of Books" at Rollins College in Florida. 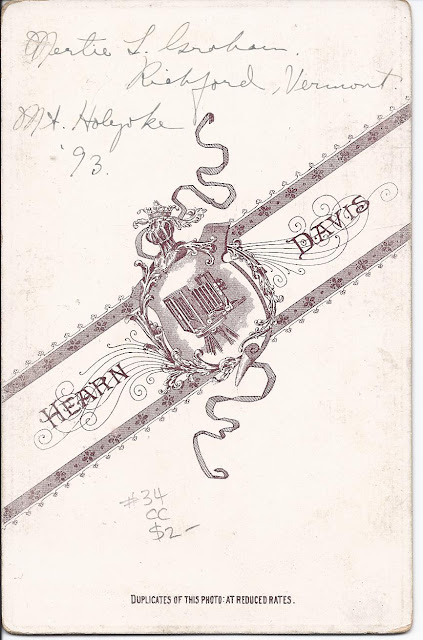 Mertie Laura Graham was born January 25, 1871 at Colebrook, New Hampshire, the daughter of William Arthur Graham and Dencie L. (Pratt) Graham, who were born in Quebec and New Hampshire, respectively.

Edwin was born June 4, 1870 at Mantorville, Minnesota, son of Rev. Nahum Wesley Grover and Frances Elizabeth (Osgood) Grover, who were born at Bethel, Maine, and Bangor, Maine, respectively.  After Edwin's birth, the family returned to New England, where Edwin was educated at St. Johnsbury Academy in Vermont and at Dartmouth College at Hanover, New Hampshire.

From an 1899 Hartford Theological Seminary publication:

Edwin's sister, Eulalie Osgood Grover, was the author of the beloved children's series, The Sunbonnet Babies and the Overall Boys.

Edwin led a full life, before and after his marriage.  He traveled widely on a shoestring in the late 1890s.  He then worked for Ginn as a textbook representative and then at Rand McNally.  He started his own publishing company and later became president of the Prang Company.

His life work's direction changed,  however, when he accepted the call in 1926 to become a professor at Rollins College in Florida.  I found an interesting biography of Edwin on a Rollins College website. The couple had two daughters and a son.  They lived a life of service and philanthropy.

See a photograph of the setting of a stone in Dr. Grover's honor in the Rollins College Walk of Fame on the occasion of his 88th birthday in 1958 here.

If you have any corrections and/or additions to the information above, please leave a comment or contact me directly.

Posted by Pam Beveridge at 2:35 PM