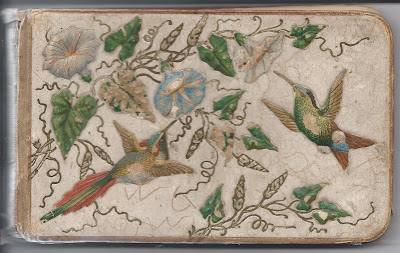 Her paternal grandparents were Isaac and Betsey (Quimby) Warren.

I don't have the names of Elvira Ann Messer's parents, but I believe she had a brother named John A. Messer, who enlisted from Dracut to serve in the Civil War.

John A. Messer had a son Herbert Warren Messer.  One of the pages in the album is signed by a Herbert W. Messer of Winchester, Massachusetts, who described himself as Alwilda's cousin. 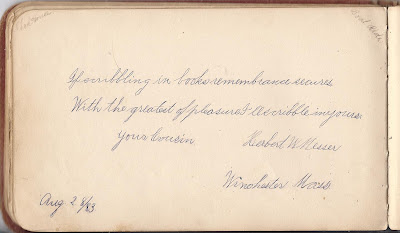 Several of Alwilda's sisters and a brother signed pages. 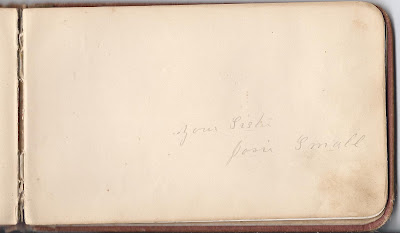 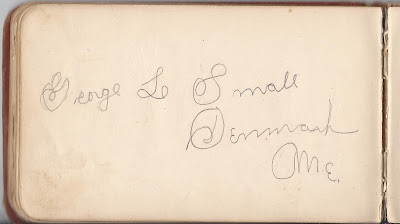 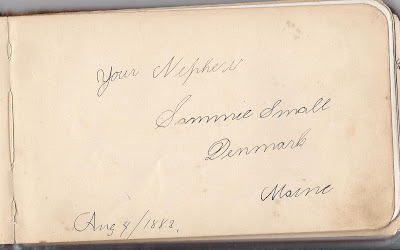 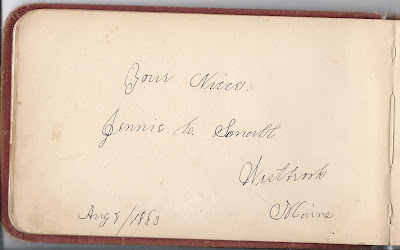 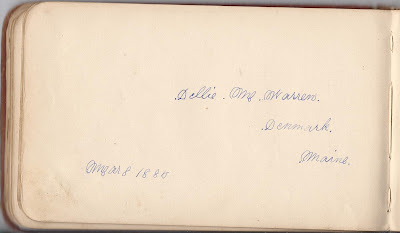 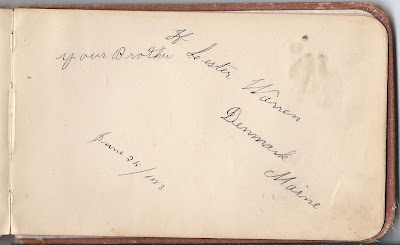 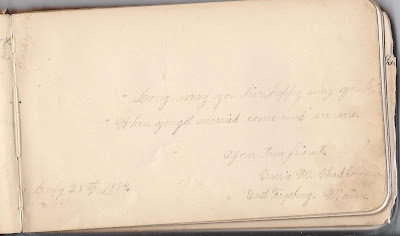 Alwilda's sister Hattie was born about 1871. She may be the Heneretta J. Warren of Denmark who married Henry F. Wheelock of Owls Head, Maine, on 6 September 1893.  Hattie signed two pages: 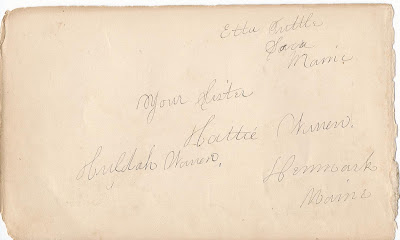 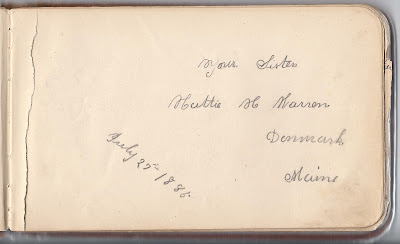 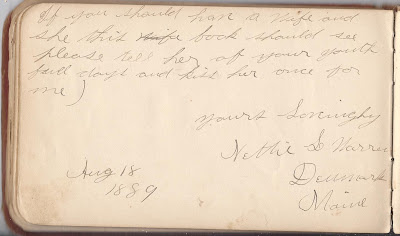 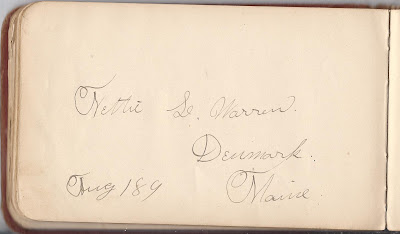 I wonder if Virginia's middle initial was Amanda; if so, there is a page, below, signed by an Amanda Warren, who indicates she was Alwilda's sister.  I can't quite make out her middle initial, but it's possibly a "V". 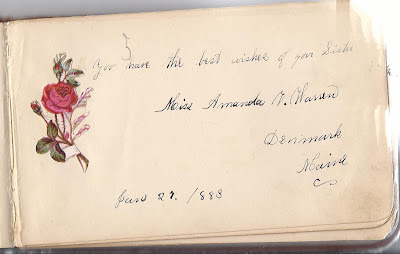 Perhaps they are the sisters mentioned in the pages below, as Mrs. Frank True of Denmark and Mrs. L. E. Pierce, late of Oconto Falls, Wisconsin: 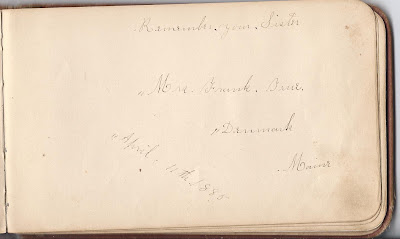 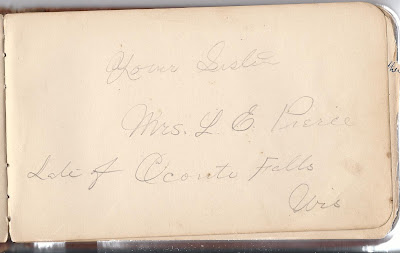 Or perhaps one of Alwilda's other sisters was married more than once.

Other people named Warren who signed: 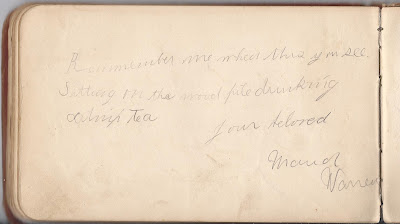 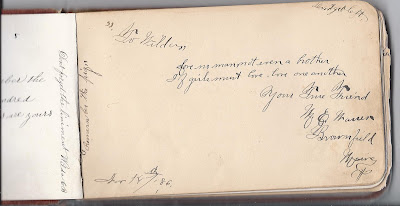 For more information on Alwilda Gertrude Warren and to see scans of all the pages in her autograph album, see its page in the Artifacts/Heirlooms area of the Maine & Maritime Canada Genealogy Network.

If you have any corrections, additions or insights regarding the Alwilda Gertrude Warren and her family, or regarding any of the other signers in the autograph album, please leave a comment or contact me directly.

A map of Denmark, Maine: