1880s Autograph Album of Mary A. Proctor of Harrison, Maine 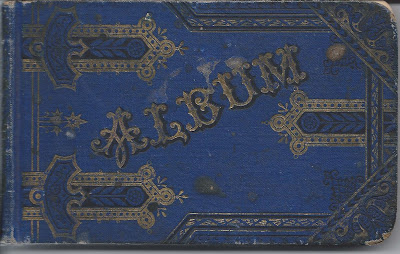 The 1880s autograph album of Mary A. Proctor of Harrison, Maine, presented to her by her grandmother.

Both of Mary's grandmothers were alive in the 1880s: Lavina (Thompson) Proctor and Mary Hill (Lane) Hitchings.

Additionally, Mary Hill (Lane) Hitchings may have been a step grandmother, since I found conflicting birth records for Mary. 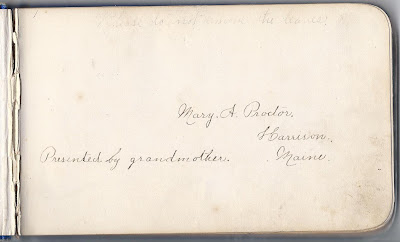 A monkey wrench is that I found a New Hampshire birth record for Mary A. Proctor with parents Horace and Flora Proctor.  However, Horace and Theresa were married in 1873, just about a year before Mary's birth. Is it possible that Theresa also called herself Flora?  Or was there a mistake on the birth record?

Theresa refers to herself as Mary's mother in the page below, but it's possible that they had a close relationship even though step mother and step daughter. 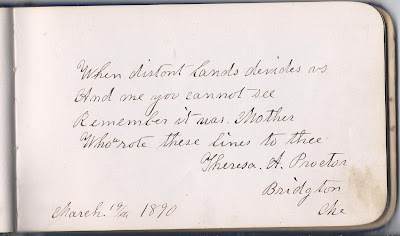 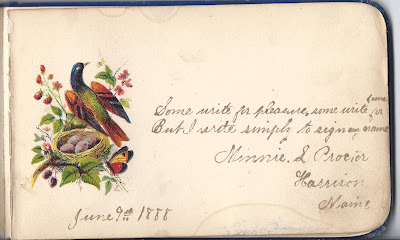 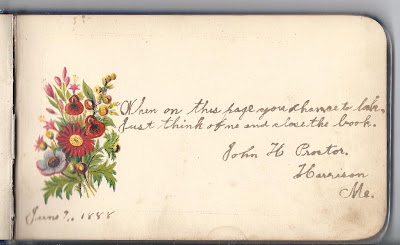 There's a page with the name of Miss Mamie Proctor.  I think this is Mary A. Proctor herself, as a subsequent page is inscribed to "Mamie" and signed by Aunt May L. Mills. 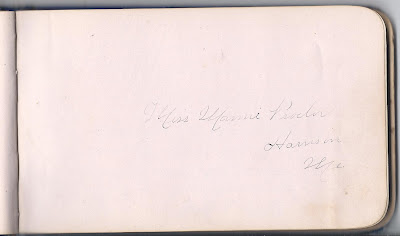 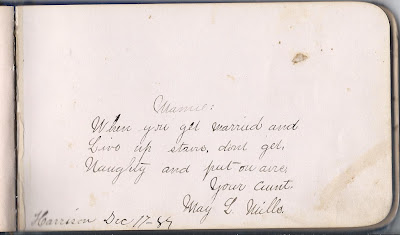 If you have any corrections, additions or insights regarding the family of Mary A. Proctor, please leave a comment or contact directly.

See the page of Mary A. Proctor at the Maine & Maritime Canada Genealogy network, where you can also see scans of Mary's 1880s Autograph Album.

A map of Harrison, Maine: