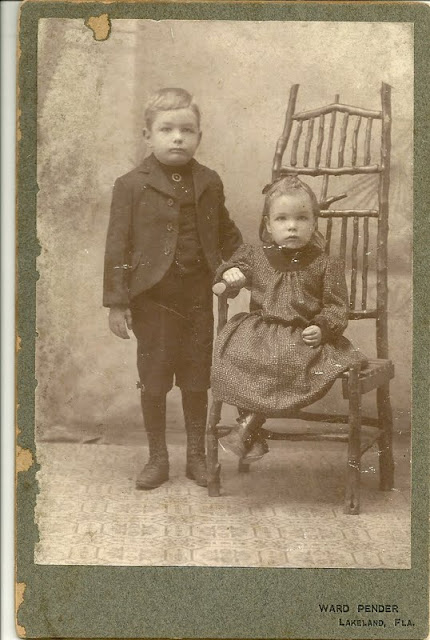 Circa 1900 photograph of siblings James Dalton Elliott and Miriam Velma Elliott of Lakeland, Florida.  The photograph was taken by the Ward Pender studio of Lakeland. 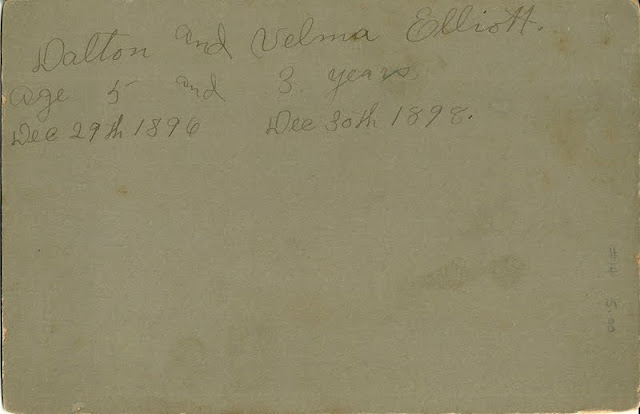 James and Eurie lived at Lakeland, Florida, where they raised several children.

Miriam Velma Elliott was born 30 December 1898.  I found a reference online where she died 27 May 1989 but I haven't found the actual source myself.  I didn't find a marriage for her.

This post originally included another photograph, that of a young woman identified as Elsie Elliot, but Elsie is now featured in a post of her own.  She was the daughter of Llewellyn Ansel Elliot and Effie May (Roseburrough) Elliot of Ames, Iowa.  At age 43, Elsie married a Mr. Ramsey and moved to Winston-Salem, North Carolina.

The photographs were found together but whether the siblings and Elsie are related, or if Elliott and Elliot are merely coincidental, I don't know.