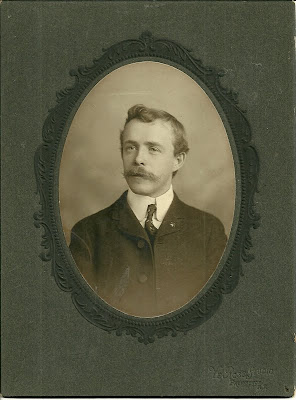 Photograph identified in pencil on a dark background: "Sept. 18, 1906, Amos Holt, Providence, Rhode Island"  I'm positive his last name is Holt, and I believe his first name is Amos, though it could be Ames. 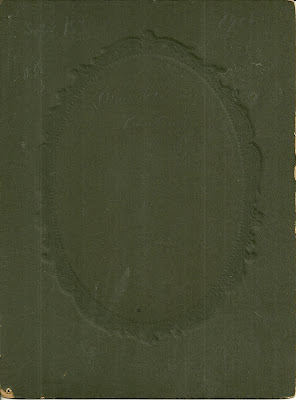 So far, I've been unsuccessful in further identifying the handsome fellow in the photograph.  I found possible Amos Holts in Maine, Vermont, Massachusetts and several other states.  I found an Ames Holt of New Hampshire, who was one of the founders of Holt Manufacturing Company, which eventually became Caterpillar Inc.; perhaps he or one of his brothers had a son Ames.
Perhaps he was attending college at Providence, Rhode Island.
If you have any suggestions on a Holt family that might include this Amos or Ames, please leave a comment or contact me directly.
Thanks for stopping by!
.
Posted by Pam Beveridge at 9:41 AM