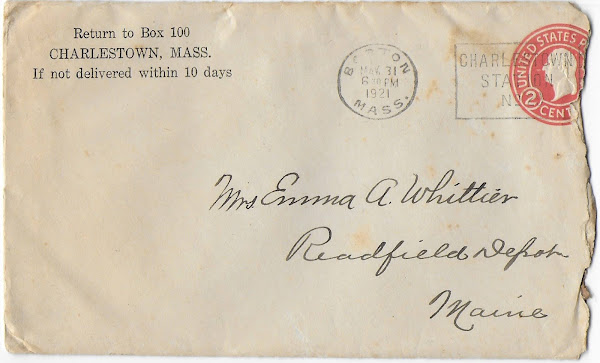 Collection of 76 letters addressed to Mrs. Emma A. (Page) Whittier (1857-1934) at Readfield Depot in Readfield, Maine, plus clippings, cards, mementos, photographs, etc.
Emma was the wife of Henry Dudley Whittier (1855-1913), who died before the majority of letters were written.
57 of the letters were from Emma's son George Albert Whittier (1883-1957), "Bert", whose name was sometimes seen as George B. Whittier, using Bert as his middle name rather than Albert. His California death record gives his name as Bert G. Whittier. Bert's letters in the collection date from 1902 to 1925. 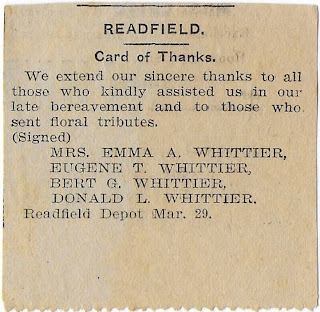 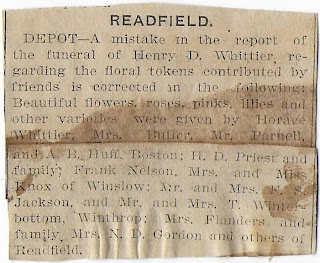 Upon the death of Emma's husband, Henry Dudley Whittier (1855-1913)
Other correspondents:
Bert went through a rough patch in the early 1920s and spent a time in prison in Charlestown, Massachusetts, at least some of his stay, if not all, in the prison hospital.  When he was released, he went to San Francisco, California, and stayed with Julia Hackenberg, who had moved there earlier.
Throughout this whole ordeal, from New England to California, Julia was a great friend in that she lent Bert money and moral support and kept Emma updated on what was happening, even she had never met Emma in person, at least not by Julia's last letter in the collection, dated January 31, 1924.
A sampling of the items tucked in [although most were loose by the time they came into my care]: 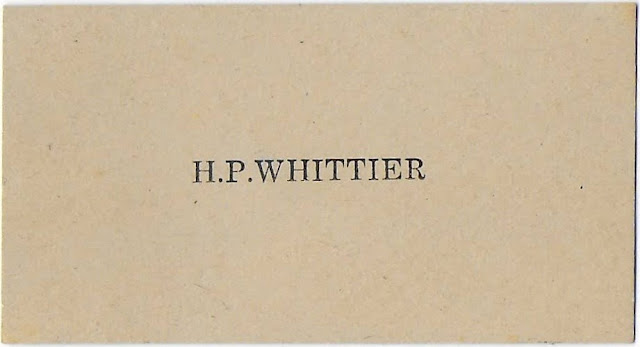 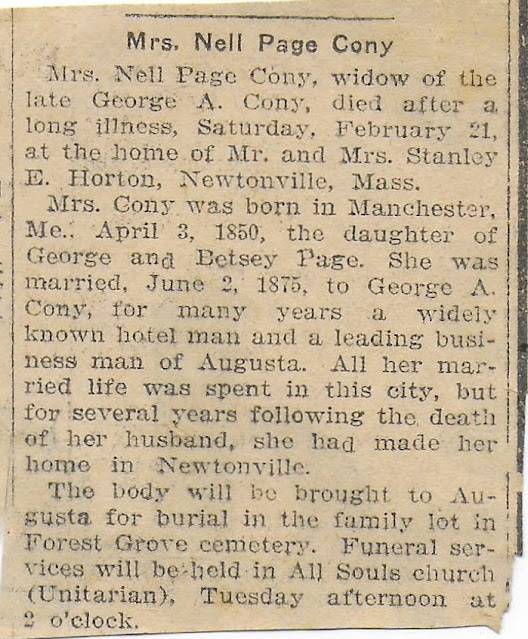 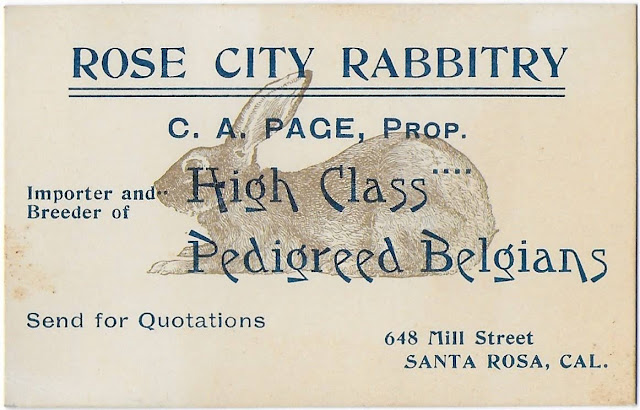 presumably Charles Albert Page (1855-1910)
If you can guess the identity of any of correspondents Fanny, Georgie, Clifton and Ella M. Flanders, or have other information to share, please leave a comment for the benefit of other researchers.
I'm not publishing the letters online or showing images as they are from a later era than I usually feature, and some of the people referenced may be deceased or recently deceased.
Posted by Pam Beveridge at 9:04 AM