1853 Certificate Attesting to the Suitability of William Webster Allen Heath, or William Allen Webster Heath, as a Teacher by the School Committee of Tremont, Maine 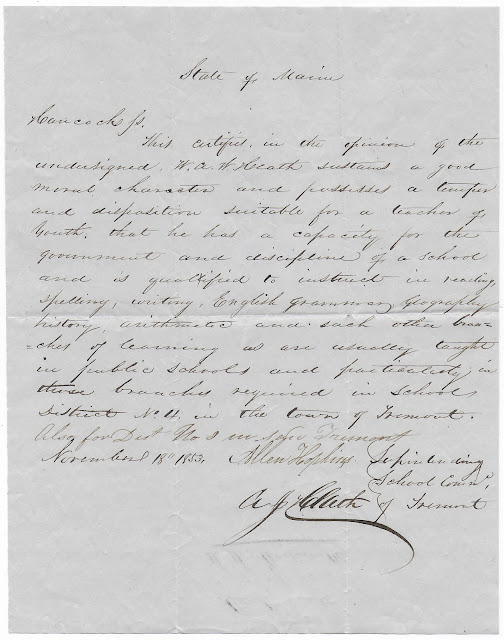 1853 document where Allen Hopkins and A. J. Heath of the Superintending School Committee of Tremont, Maine,  certify the character and teaching ability of W. A. W. Heath, presumably William Allen Webster Heath or William Webster Allen Heath (1834-1912).
A. J. Heath may have been William's older brother Adironam Judson Heath (1820-1892).
A transcription appears at the end of this post.
See another post that features a letter written by William's father, Sea Captain William Heath, Jr. (1793-1864) to wife Catharine (McKenzie) Heath (1799-1875); this letter was written in 1833 before William Allen Webster Heath was born.
Young William, who would become an engineer and civic leader in Tremont, Maine, married Alvena D. McKenzie. 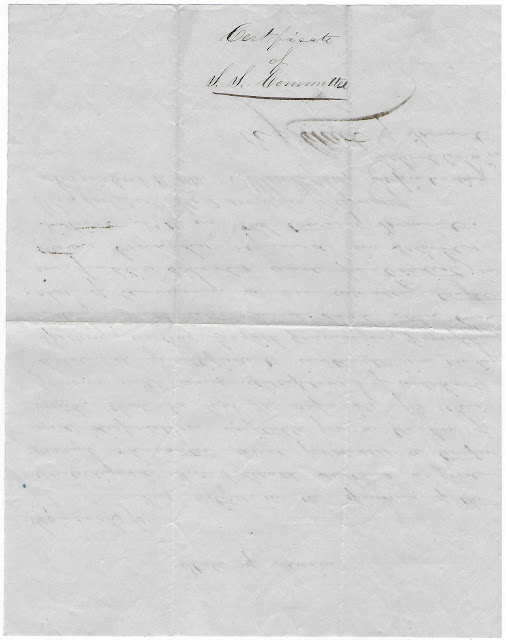