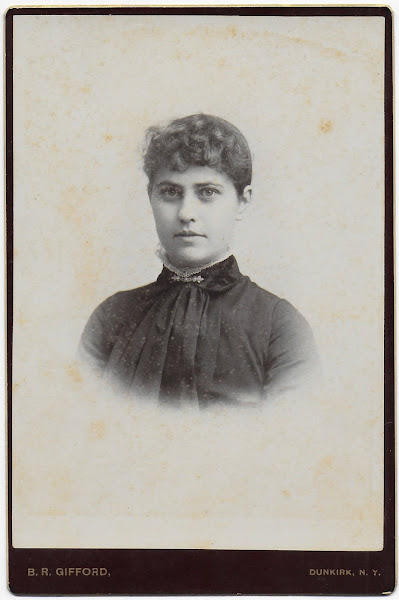 Collection of 24 photographs connected to Fredonia State Normal & Training School in Fredonia, New York, Classes of late 1870s, and 1885, 1886 and 1887.
The institution is now known as State University of New York at Fredonia.
All by two of the photographs were taken by the studio of B. R. Gifford of Dunkirk, New York. One was taken by the Eclipse studio of Jamestown, New York, and the other by the Nason studio of Buffalo, New York.
Most are unidentified; see the names of identified people below, which include surnames of Leworthy, (Wheeler) Leworthy, Durfee, Northrup, Whitney, and foreign students Theodoroff and Popoff.
The photograph at top is the only one from 1885, and a Fredonia historian believes, considering the Leworthy and Class of 1885 connections, that she was likely Caroline Persis Leworthy (1865-1914), who went by "Persis".  Persis would marry Henry Louis Moench in 1889.
The reverse of the photograph above: 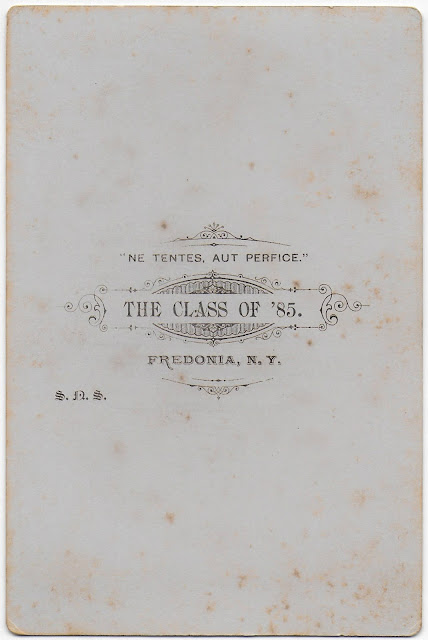 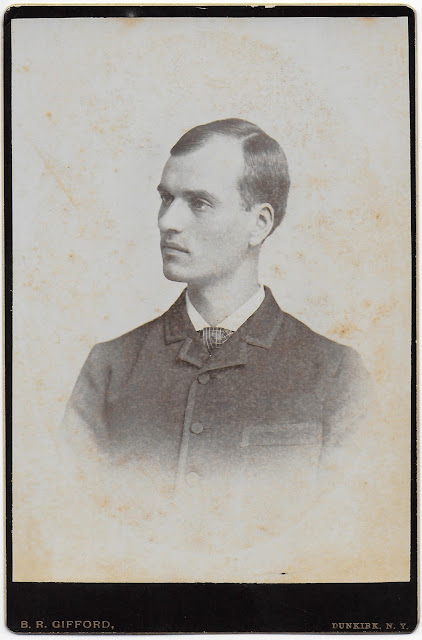 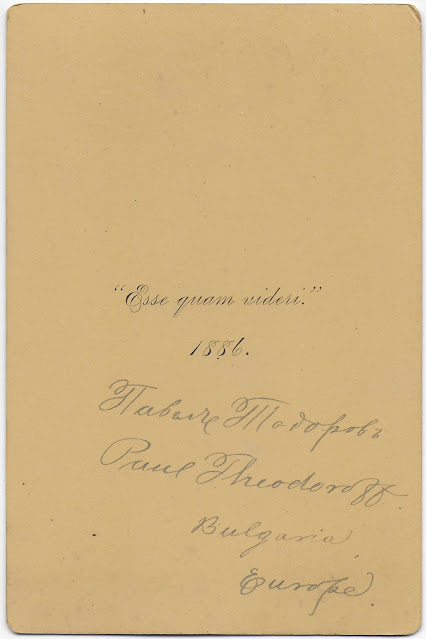 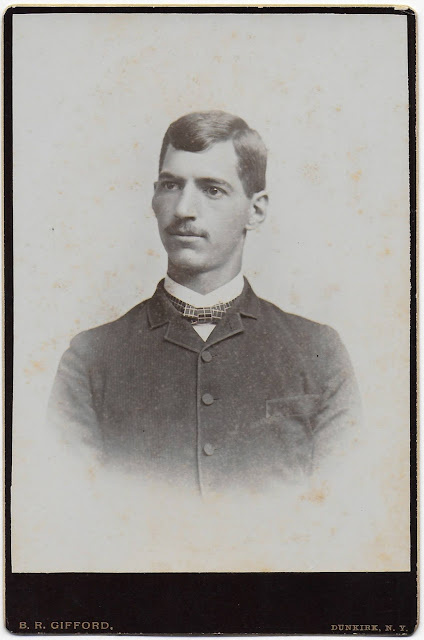 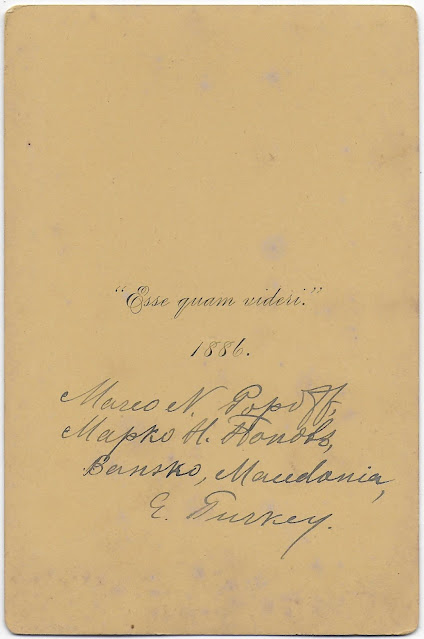 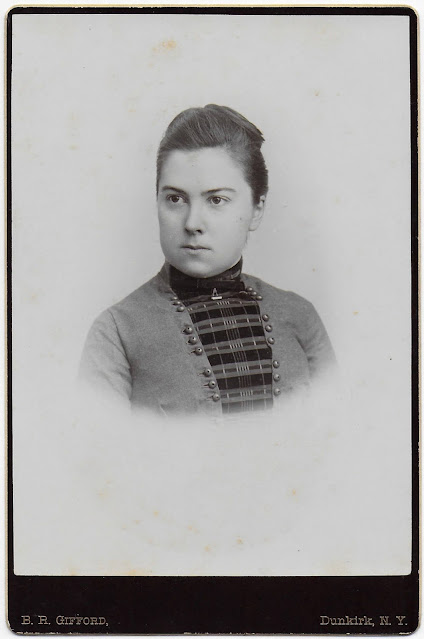 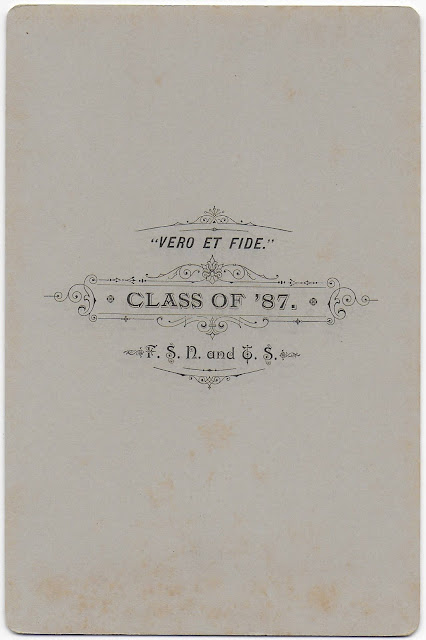 Unidentified woman from the Class of 1887 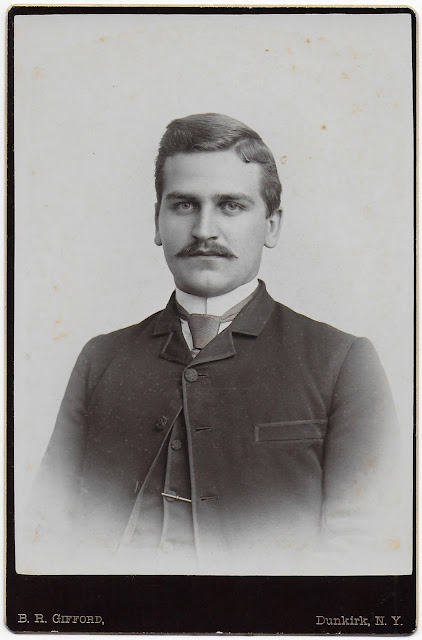 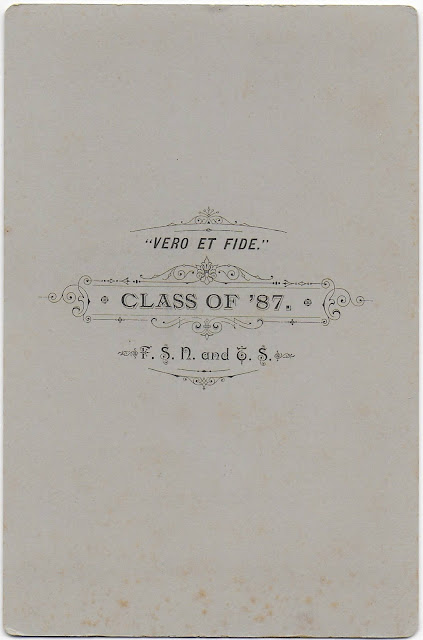 Unidentified man from the Class of 1887
If you have information to share on any of the named people mentioned above, please leave a comment for the benefit of other researchers.
If you have photographs of an identified relative who attended Fredonia State Normal & Training School in Classes 1885-1887, please contact me so that we can compare and perhaps get more of these photographs identified.
Posted by Pam Beveridge at 8:50 AM