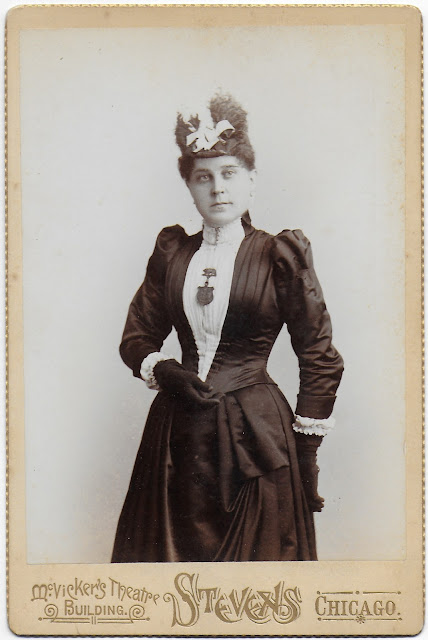 Cabinet photograph of Minnetta Abigail (Given) Purinton, first wife of Civil War veteran Major Holman Greene Purinton, a native of Bowdoin, Maine. The photograph was taken at the Stevens studio in Chicago, Illinois, where the couple lived. 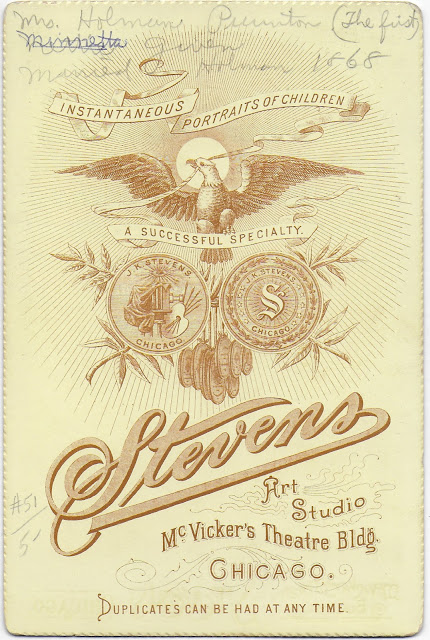 Mennetta Abigail (Given) Purinton (about 1850-1898) was born in either Vermont or New Hampshire, the daughter of school teacher Humphrey Given and Jane S. (Kincaid) Purinton, both natives of Brunswick, Maine.  The 1860 Census shows the Given family at Lewiston, Maine, with "Abbie M.", age 9; Humphrey was working as a factory operative.

Menetta and Holman Greene Purinton, a native of Bowdoin, Maine, and a Civil War veteran, made known their Intention to Marry at Lewiston, Maine, on 11 February 1868 and married shortly thereafter.