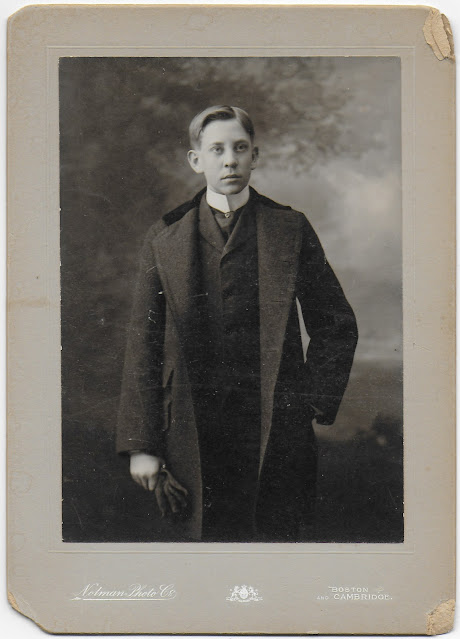 c1900 photograph of a young man identified on the reverse as "Ned K. Robinson, M.H.S., '00".  The photograph was taken at one of the Notman studios, which included Boston, Massachusetts; Cambridge, Massachusetts; and Poland, Maine at the Poland Spring House.

The young man was presumably Edward Kilburn Robinson (1883-1971), who was living at Melrose, Massachusetts, at the time the 1900 Census was enumerated, with his widowed mother and younger brother in the household of Walter C. Stevens.  "M.H.S.' may have stood for Melrose High School.

Edward was born 16 April 1883 at Littleton, New Hampshire, son of Benjamin F. Robinson, a druggist and printer, and Emily Adeline (Kilburn) Robinson, "Addie". Read more about Addie's family here; it mentions that she was a photographer and painter.

Edward graduated in the Class of 1904 at Dartmouth College and became a writer and editor at Ginn & Company. He and wife Hope (Dunlap) Robinson, a Kansas native, had at least one child, a daughter born in Belmont, Massachusetts, in 1913. All three are buried in the South Dartmouth Cemetery at Dartmouth, Massachusetts. 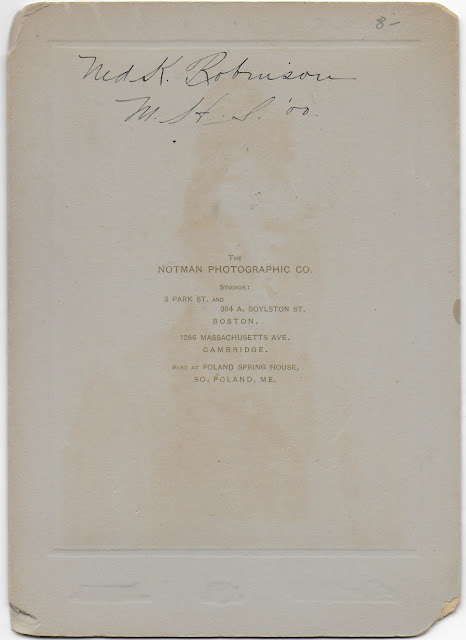 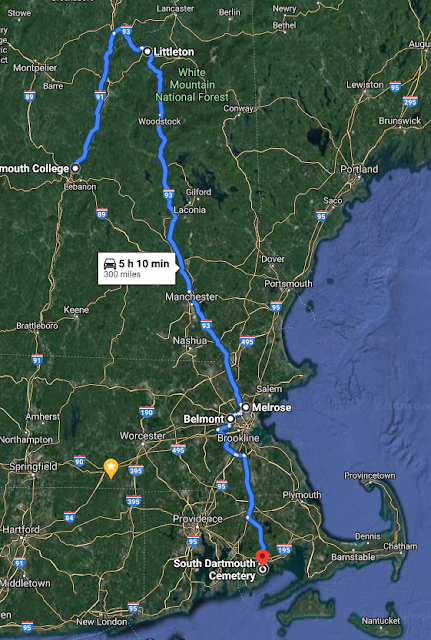