1900 and 1901 documents certifying that Grace McKeen was eligible to advance to the next grade; Woburn, Massachusetts; teacher Jennie Pauline Chapman 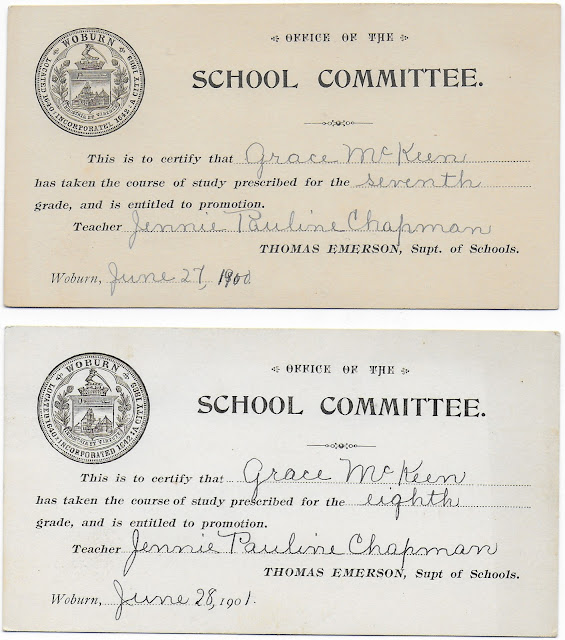 Two documents from the Woburn, Massachusetts School Committee, one dated June 27, 1900 and the other June 28, 1901, certifying that Grace McKeen was eligible to advance to the next grade.  Both documents are signed by Grace's teacher Jennie Pauline Chapman.

Grace McKeen was presumably Grace Mae McKean, born 21 May 1887 in Swanville, Maine, daughter of Isaac Edwin McKeen and Flora Emma (Morrill) McKeen. After Flora's death in 1899, Isaac took his three children to Woburn, Massachusetts, where they were enumerated in 1900.

On 5 February 1913 at Swanville, Maine, Grace married Rufus J. Mayo, son of Eldorus Mayo and Cora (Hassell) Mayo.  Grace and Rufus had at least one child, daughter Frances Elizabeth Mayo.  Rufus died in 1939 and Grace in 1977. They're buried in the Grove Cemetery at Belfast, Maine.

Jennie Pauline Chapman (1875-1957) was the daughter of Jonathan B. Chapman and Pauline S. (Eastman) Chapman of Laconia, New Hampshire.  She apparently never married. 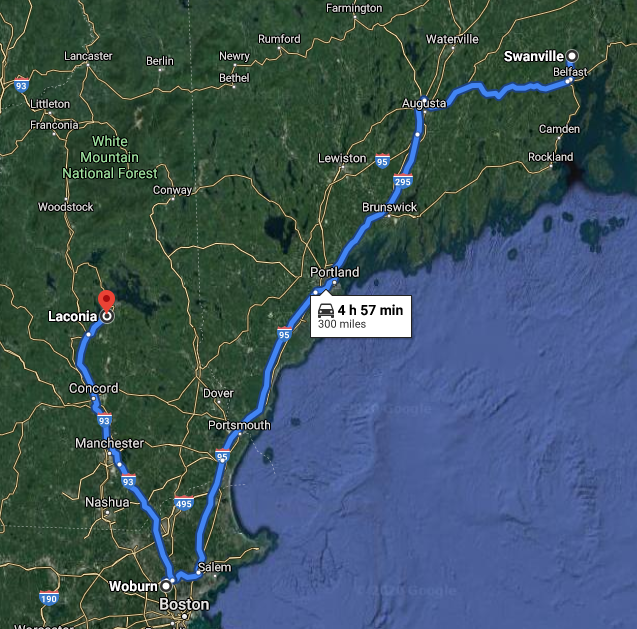