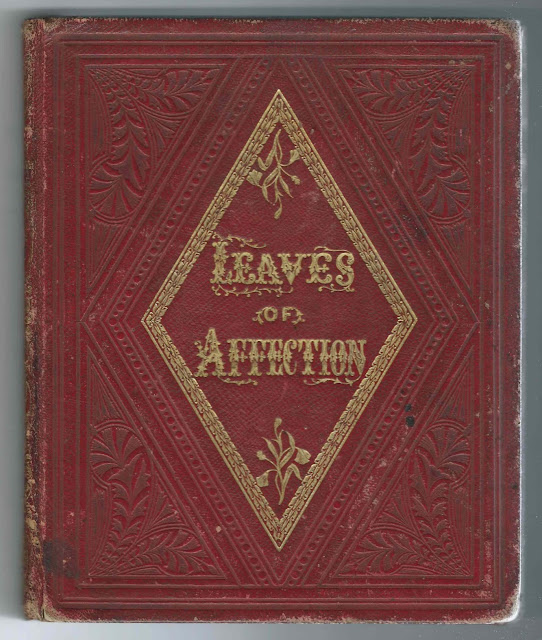 1859-61 autograph album that belonged to Elizabeth Faison Hines, "Bettie", of Sampson County, North Carolina, with many sentiments from her fellow students at the Oxford Female College at Oxford, North Carolina. 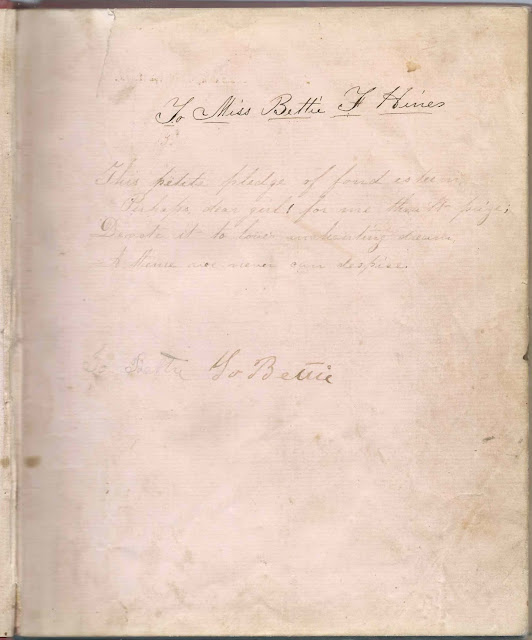 At least two of the pages were inscribed by students at Wake Forest College, one of whom, Bettie's cousin William R. Larkins, would die in the Civil War. 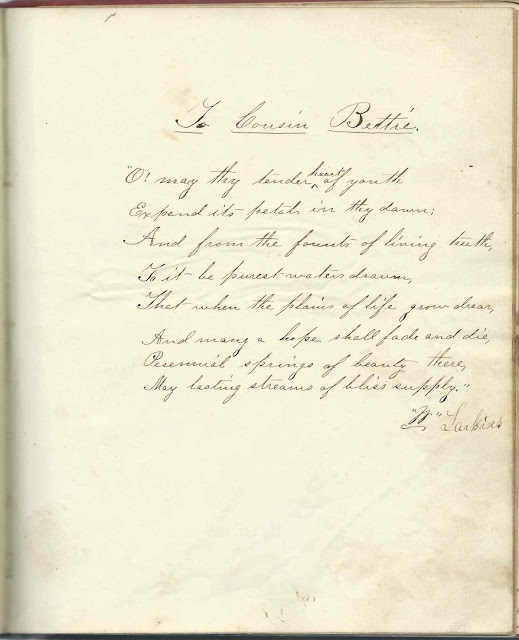 The album, published by Leavitt & Allen of New York, measures almost 8" x 6-1/4" and contains the sentiments of over 40 of Bettie's relatives, friends and schoolmates.  An alphabetical surname list and an alphabetical list of the signers, together with any personal information they offered, appear at the end of this post. 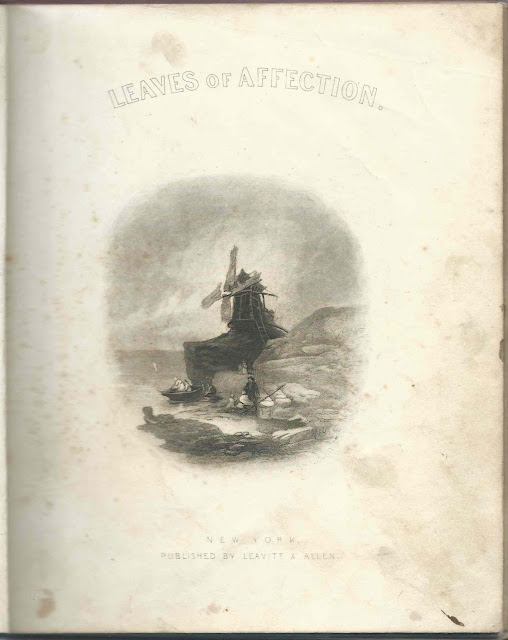 Additionally, the album contains five engravings interspersed throughout.  Below, the frontispiece, "The Gift, an illustration by Phillip and engraved by Sartain. 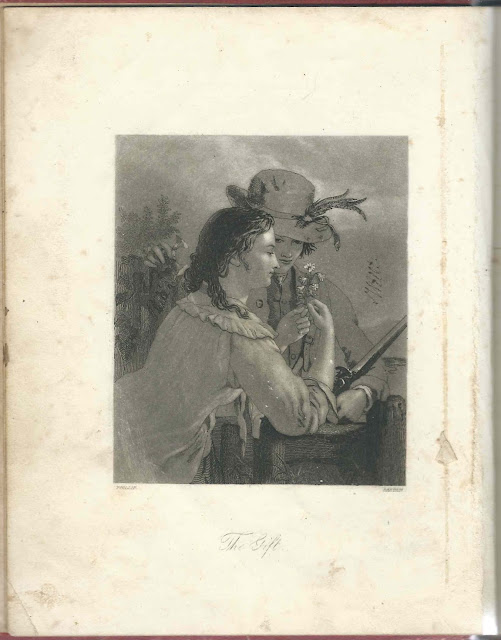 After the war, John and Bettie settled in Sampson County, North Carolina, at Piney Grove and at Clinton. They had, I believe, ten children, but not all of them survived to adulthood, with the first two dying before the age of two. As if those tragedies weren't enough to bear, in 1889 John and two of his sons died as the result of a sawmill boiler accident; the two sons, ages 18 and 16, died immediately, and John after three days.

A brief biography of John Ashwood, including an account of the boiler accident, appears in the book "History of the Slocums, Slocumbs and Slocombs of America, Volume 2, by Charles Elihu Slocum.

Other inscribers who mentioned a family relationship:  [Please let me know if you can decode the names.] 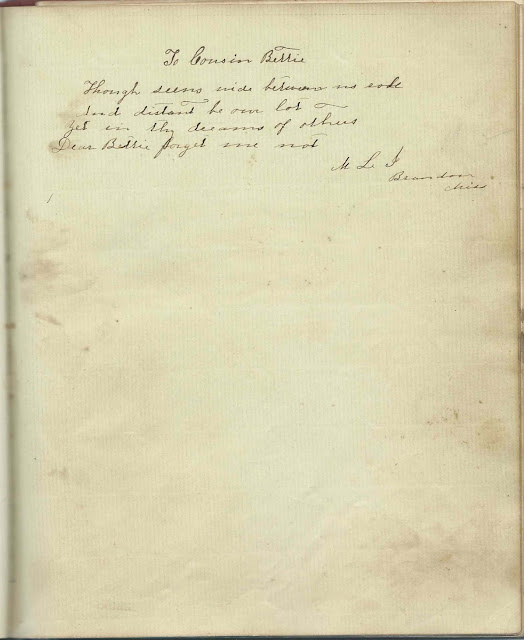 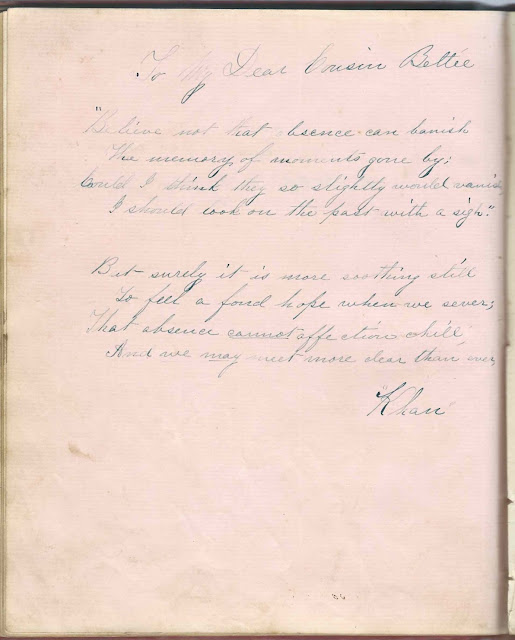 Another page was signed by Tom of Oxford, North Carolina, with a later note in pencil, presumably written by Bettie herself, describing Tom as "my first love" 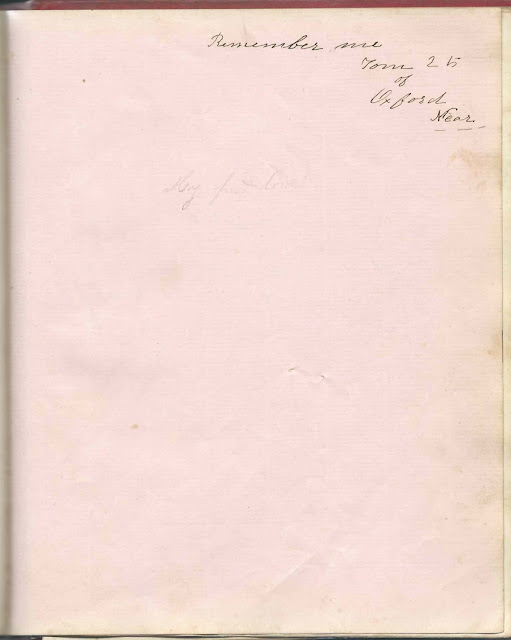 Signers in the Album    [Note: Given names within a specific surname may not be in alphabetical order.]

Posted by Pam Beveridge at 4:36 PM