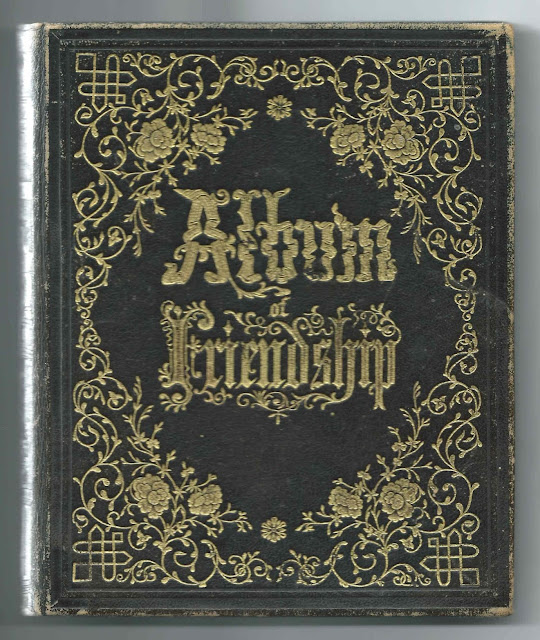 1850s autograph album that belonged to Rowena E. Warfield of Potter, New York, future wife of Civil War Dr. James Augustus Bennett, who served in the U.S. Army in the 1850s in the Southwest, with many adventures and misadventures; as a surgeon in the Civil War; and as a practicing physician at Prattsburgh, New York.  Read more about Dr. Bennett here.

Their daughter Elizabeth Warfield Bennett added explanatory notes to numerous pages, such as the page Rowena inscribed at the beginning of the album, below, and left a loose note inside the album explaining its origin and noting that she was then 89 years old. 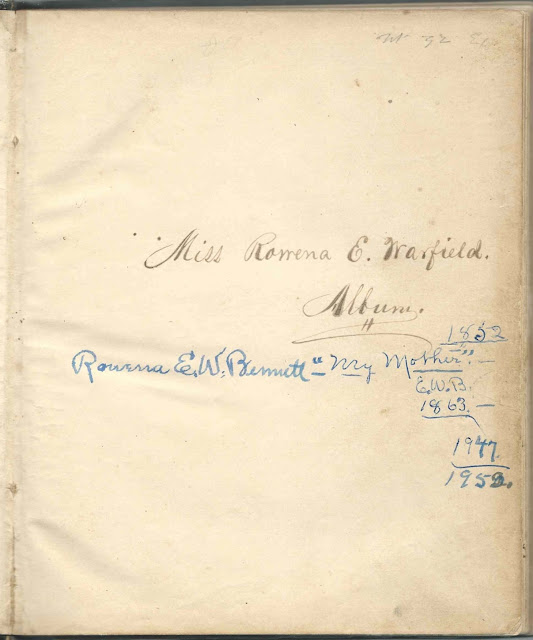 Many of the autographs were acquired at Franklin Academy at Prattsburgh, New York, where Rowena was a student in the early 1850s.

The album measures approximately 7-3/4" x 6" and contains the sentiments of over 70 of Rowena's relatives, friends and schoolmates at Franklin Academy at Prattsburg, New York in Yates County.  An alphabetical surname list and an alphabetical list of the signers, together with any personal information they offered, appear at the end of this post.

The album was published by J. C. Riker of New York and contains six engravings, such as the frontispiece, "Forest Worship" below.  It was drawn by Peter F. Rothermel and engraved by John Sartain. 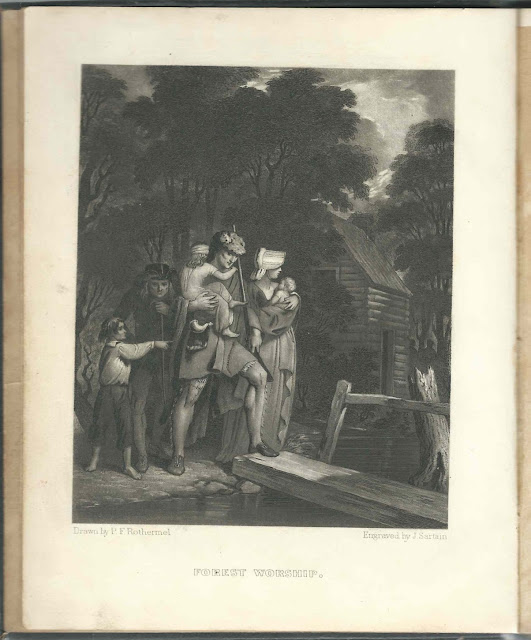 Rowena E. Warfield was born January 9, 1833 at Prattsburgh, New York, the daughter of Lindsey and Elizabeth (Lamoreaux) Warfield, who were born in Maryland and New York respectively.  On September 19, 1860, Rowena married Dr. James Augustus Bennett, who inscribed a page in her album and added his Civil War service as a surgeon with the 13th New York Heavy Artillery.  Daughter Elizabeth added more information. 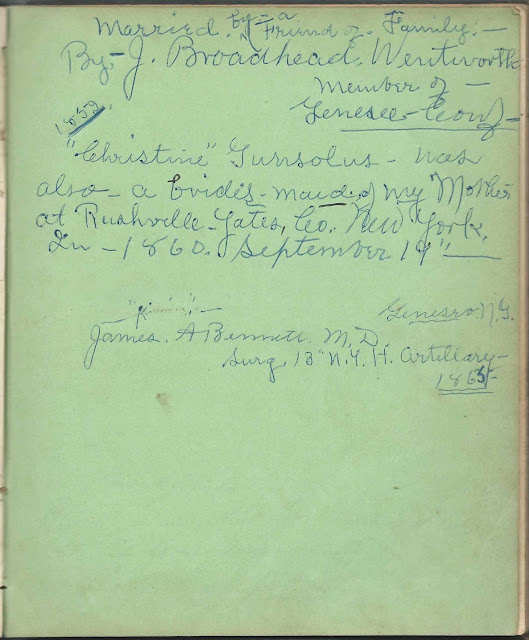 In addition to Elizabeth Warfield Bennett, Rowena had a daughter Eva, who died young.  Rowena died in 1889; by the time of the 1900 Census, Dr. Bennett was living with his daughter Elizabeth and her husband Ira L. Smith at Prattsburgh, New York.  Dr. Bennett in 1909; read his obituary here.


Signers in the Album    [Note: Given names within a specific surname might not be in alphabetical order.]
A
B
C
D
E
F
G
H
J
K
L
M
R
S
T
V
W

Posted by Pam Beveridge at 4:40 PM