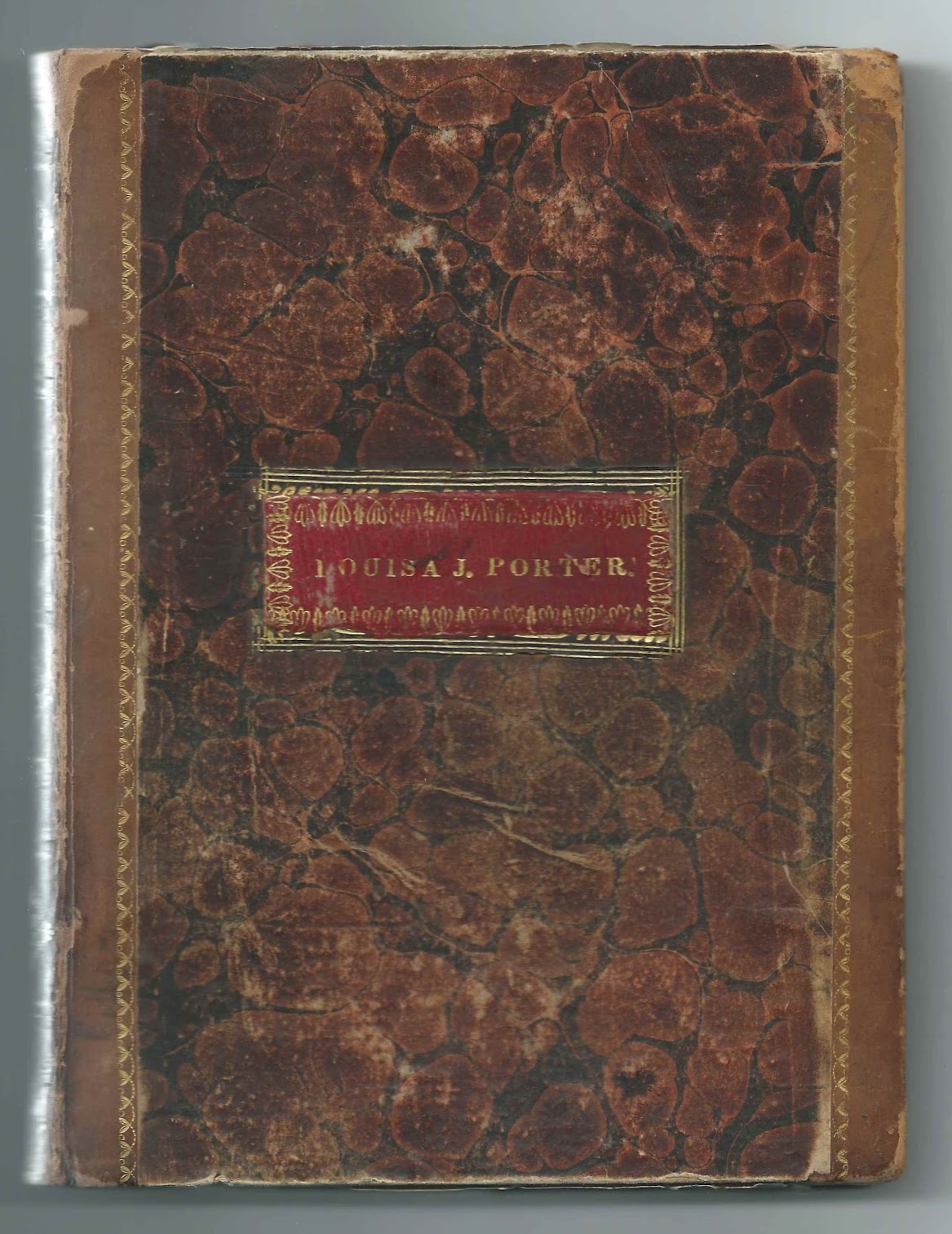 1835-1841 autograph album that belonged to Louisa Jedidah Porter of Vernon, Connecticut.  Her name is stamped on the front cover, and it was presumably Louisa who wrote her name on the first end paper.  Louisa added notes to many of the pages, including the future married names of female signers; a few death dates; residences. 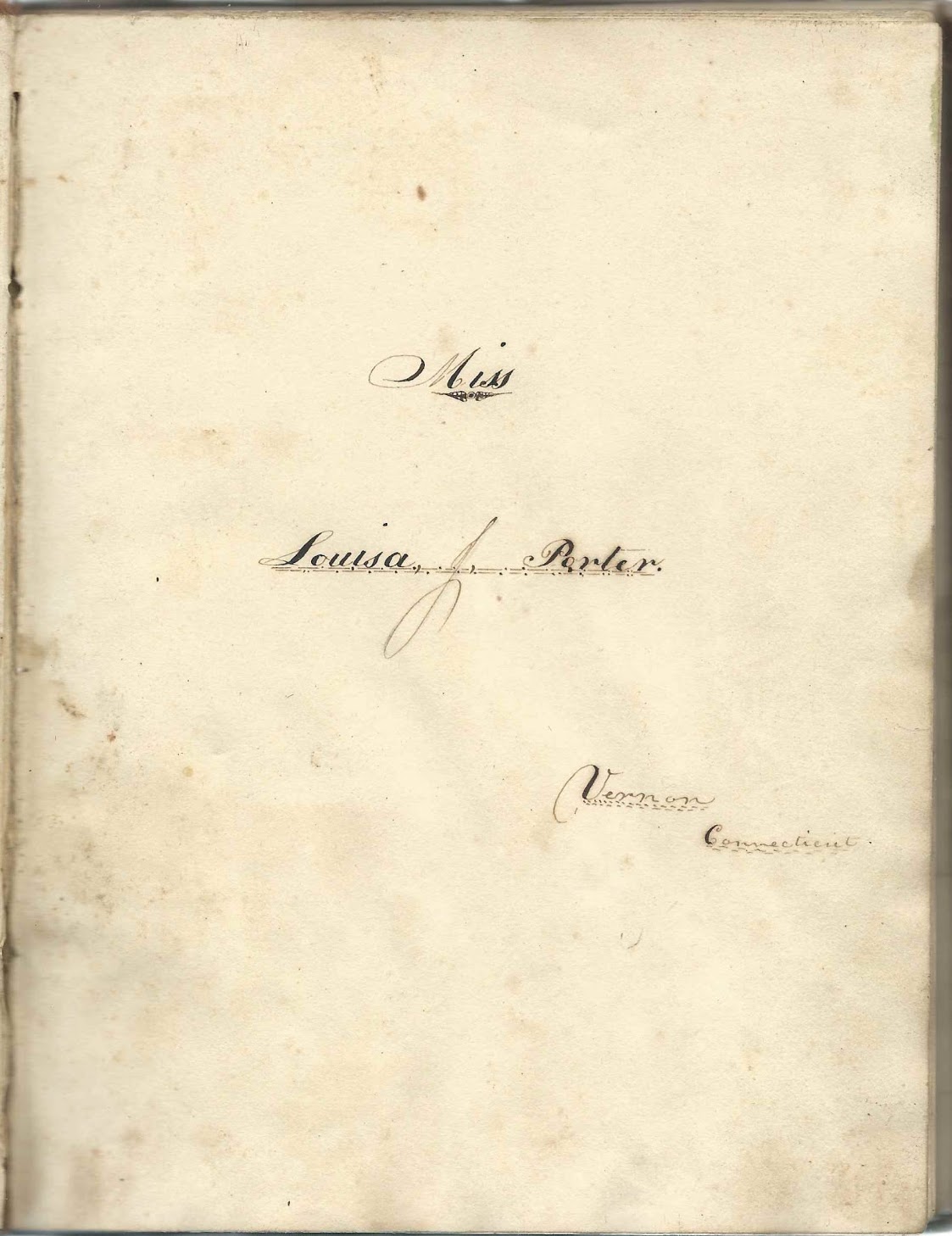 The album, published by David Felt of New York and Boston, measures approximately 7-3/4" by 6" and contains the sentiments of nearly 80 of Louisa's friends and, possibly, relatives.  An alphabetical surname list and an alphabetical list of the signers, together with any personal information they offered, appear at the end of this post.  The album also contains an engraving on the title page and two hand-colored floral illustrations within. 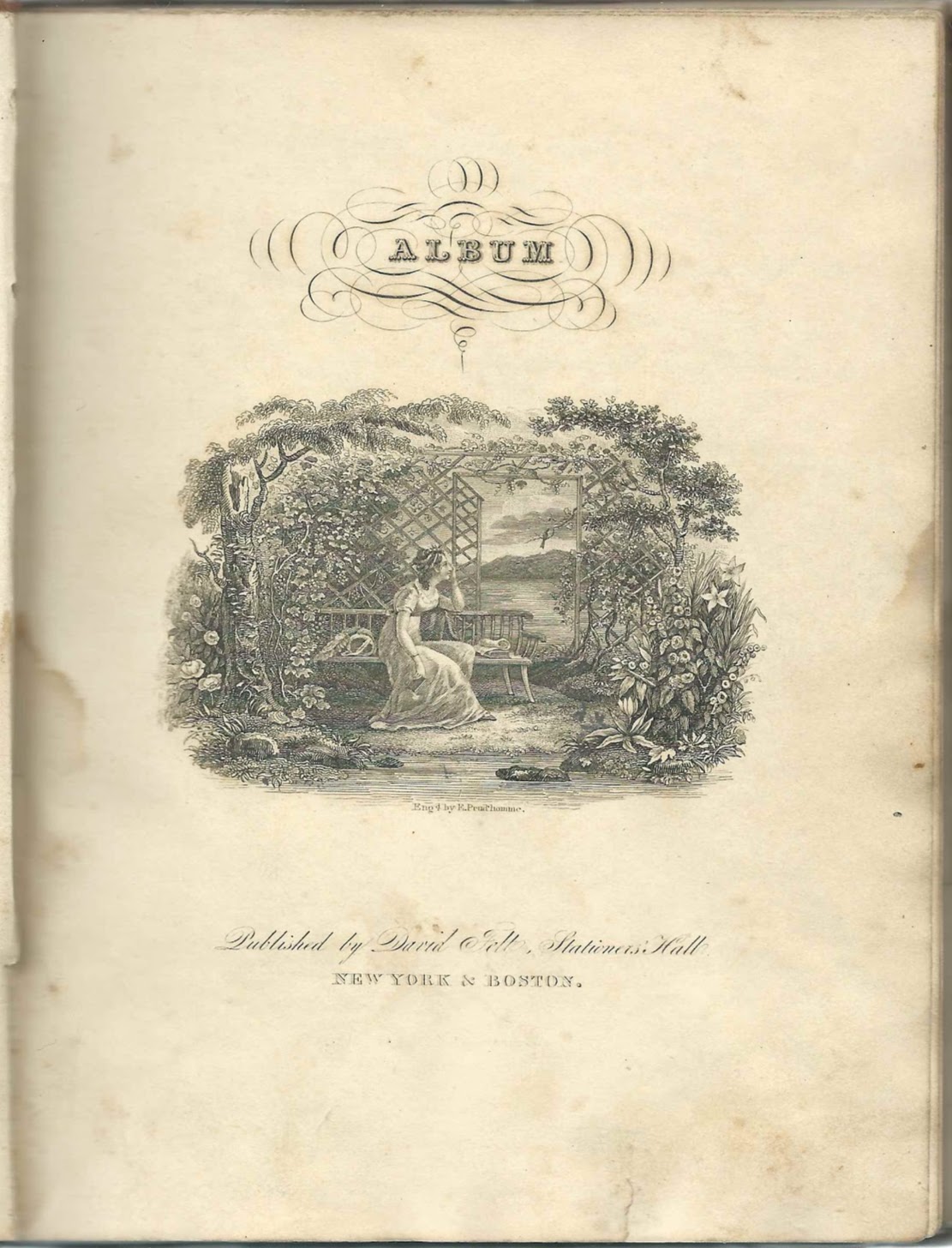 There's a silhouette pinned to the back end paper.  Could it be Louisa Jedidah Porter? 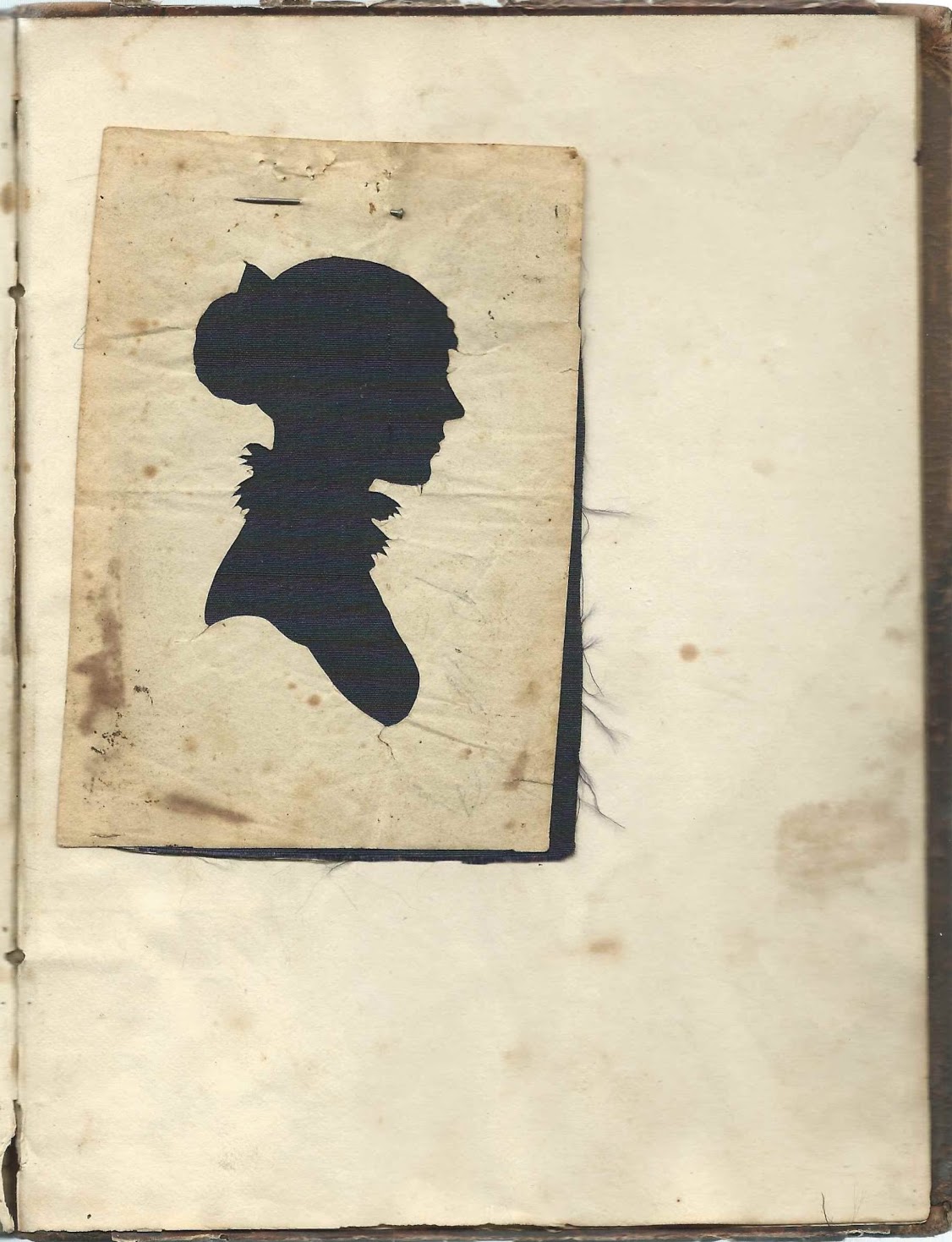 One signer added a colored paper-cut design to the page.  She was Mary Griswold, who inscribed a page at Broad Brook, Connecticut, on March 12, 1837.

Another page was inscribed by W. W. Eaton at Tolland, Connecticut, on March 17, 1835 may have been future Connecticut senator William Wallace Eaton.

Signers in the Album    [Given names within a specific surname might not be in alphabetical order.]
B
C
D
E
F
G
H
J
K
L
M
N
P
R
S
T
W

Vernon, Connecticut; and the Rockwell section of Vernon

Posted by Pam Beveridge at 5:45 PM