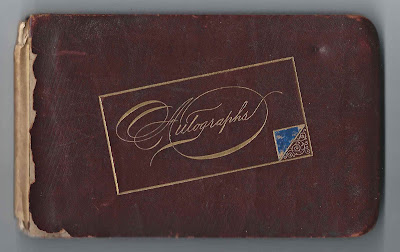 Several of the signers were Methodist Episcopal ministers, so the unidentified owner of the album may have had a connection to that denomination.  Perhaps the owner was a minister or family member of a minister who had lived in both cities. 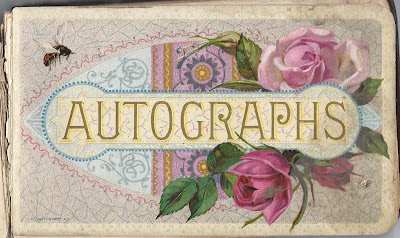 The album is approximately 7" x 4-1/4" and contains 17 pages of sentiments.  An alphabetical list of the signers appears at the end of this post.

A Chas. H. Cookson and a C. H. Cookson with similar handwriting signed pages in the album, one of the pages on 10 April 1886.  I believe he was the Charles H. Cookson who was then or became a physician at Oil City, Pennsylvania. 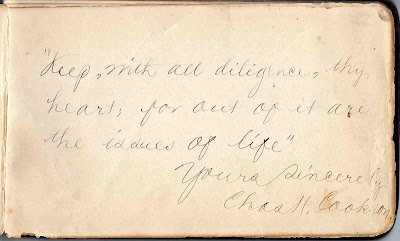 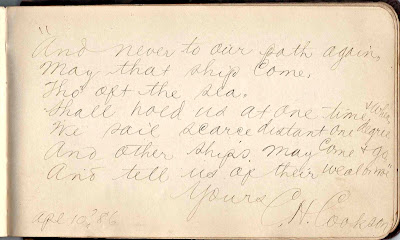 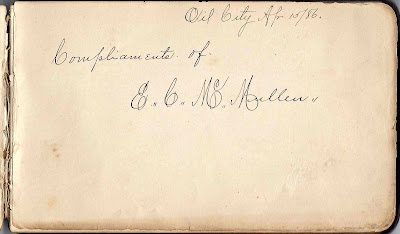 Two signers were, I believe, Methodist Episcopal Rev. Peter G. Edmonds and his wife Nellie.  They signed pages at East Palestine, Ohio, on 17 March 1887 and 27 May 1887 respectively. 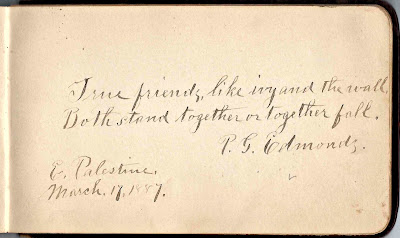 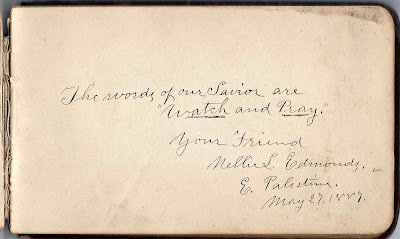 William T. Smith of South Oil City, Pennsylvania, penned a page on 6 April 1886.  He sketched an intricate bird and worked his name into it. 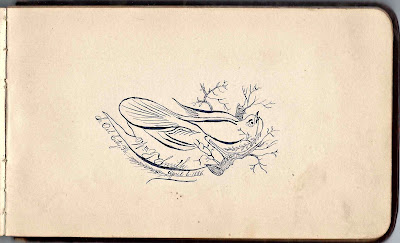 J. P. Foraker signed a page on 25 August 1887.  He was presumably either the Ohio governor of that name or his son. 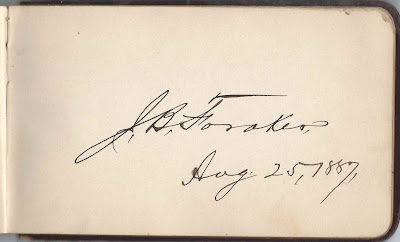 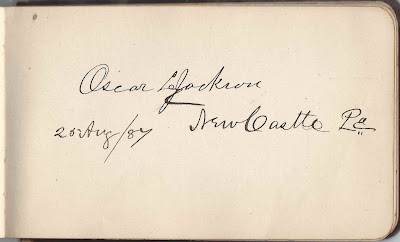 Robert E. Hileman of South Oil City, Pennsylvania, sketched a scroll on 6 April 1886.  He may also have penned the left facing page which has similar handwriting. 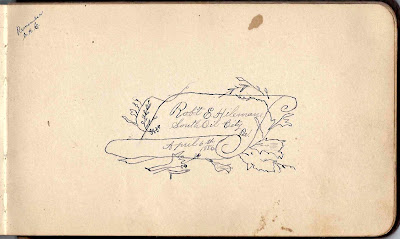 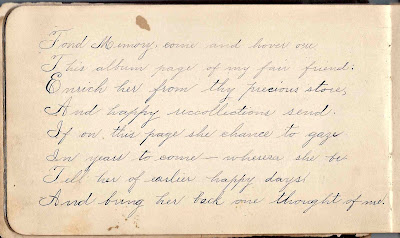 If you have information on any of the signers of pages shown above or in the list of signers below, please leave a comment or contact me directly.  Thanks!

Alphabetical list of signers: [Note: given names within a specific surname may not be in alphabetical order.]
Oil City Pennsylvania, and East Palestine, Ohio