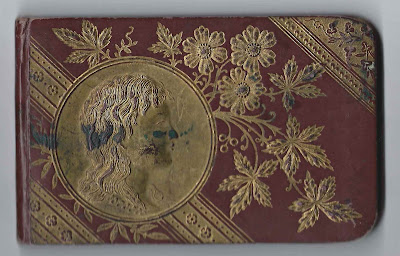 1880s autograph album that belonged to a George from Belmont County, Ohio.  He was a student at the time he was compiling his autographs. 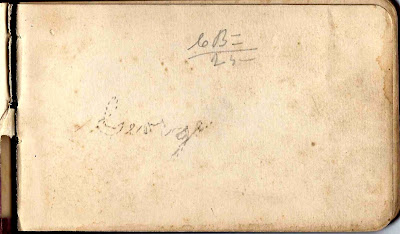 The album is approximately 5-1/4" x 3-1/4" and contains pages signed by 16 people, including George himself, who signed the first end paper shown above.  Sadly, he didn't include his surname and address. 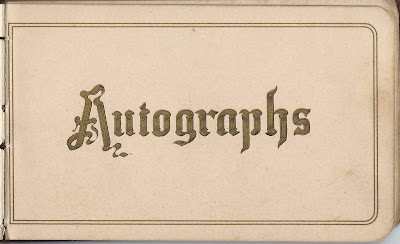 J. M. Cassells signed a page on 30 May 1887 and reminded George to carry in his grandmother's stove wood. 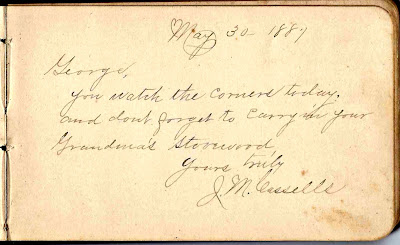 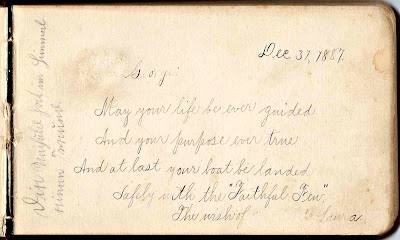 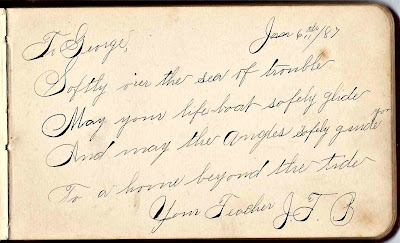 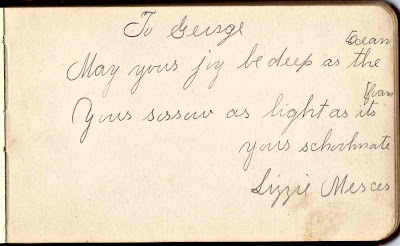 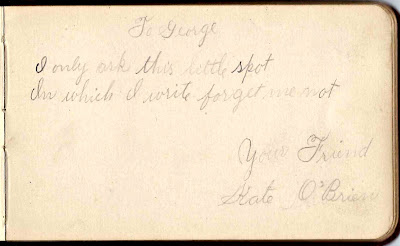 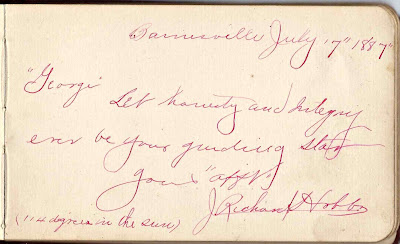 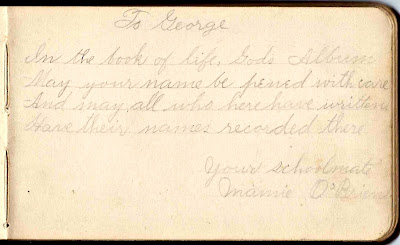 Maud, possibly Maud Davis, signed a page.  If you decipher her surname as something else, please leave a comment. 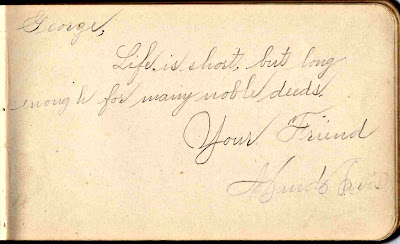 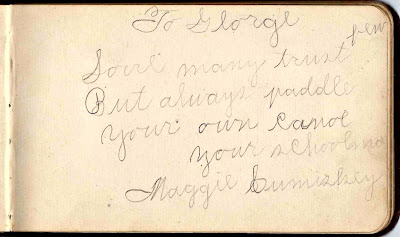 Emma Skinner signed a page at Somerton,Ohio, on 10 February 1889. 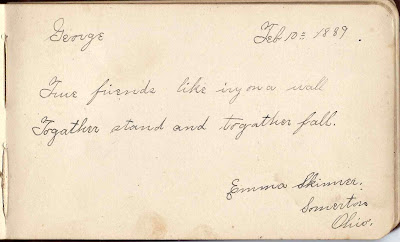 George's teacher Julia Plummer signed a page on 7 May 1888. 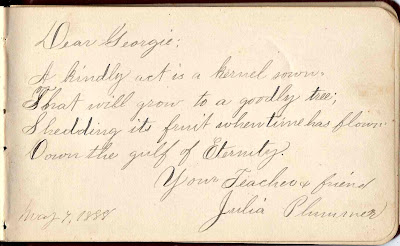 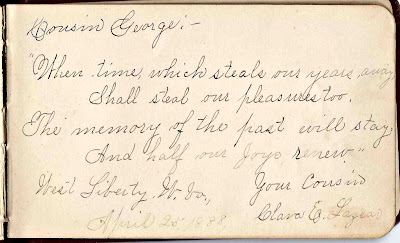 George's schoolmate Mary Cumis, or Cumiskey, signed a page.  Since the word "Schoolmate" is partially missing, I think Cumis might be short for Cumiskey, as I found that previous signer Maggie Comiskey had a sister named Mary.  She also wrote the initials "F.L.T. 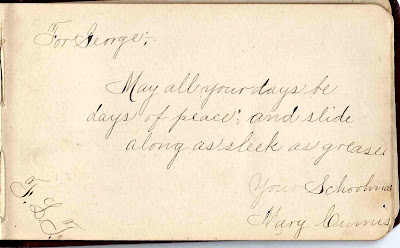 If you have information on George or any of the people who wrote pages of sentiments in his album, please leave a comment or contact me directly.  Thanks!

Posted by Pam Beveridge at 5:41 PM