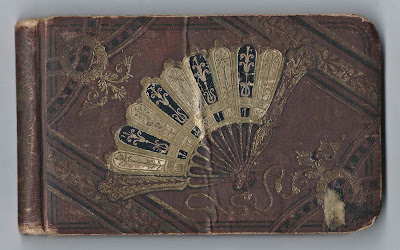 1880s autograph album that was presented to Ernest P. Richmond by his father Isaac Perry Richmond on Christmas Day in 1881. 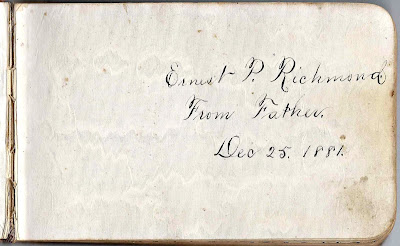 Many of the signers were students at Knoxboro Union School at Knoxboro, New York.  One was a member of the Class of 1884 at Colgate Academy at Hamilton, New York. 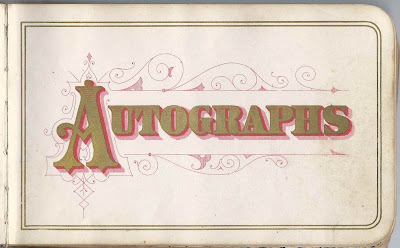 The album is approximately 6-1/4" x 3-3/4" and contains pages of the sentiments of nearly 80 of Ernest's relatives, schoolmates and friends.  An alphabetical list of the signers appears at the end of this post.

On 16 January 1882, at Bouckville, New York, Allie signed a page in future husband Ernest's album.  Interestingly, Allie's page has another name written in pencil upside down, that of Ralph Leigh Richmond, the son she would have with Ernest, born on 13 April 1890.  Ralph's entry was made on 4 May 1890 at Augusta Strip, New York.  Perhaps Ernest or Allie penned the entry. 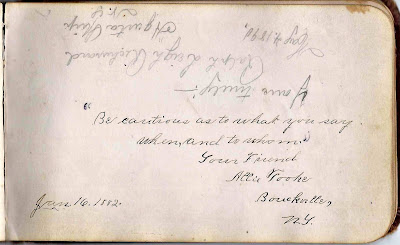 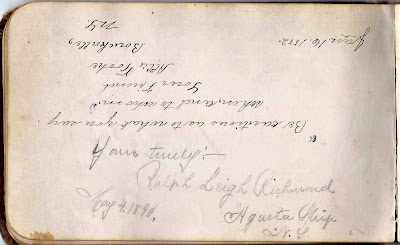 Several of Ernest's cousins signed pages in his album, including self-described "double cousin" George Gaylord, who signed his page at Knoxboro, New York, on 22 February 1885. 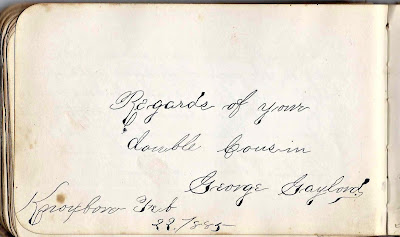 One signer identified himself as Ernest's schoolmate, E. Burleson, a member of the Class of 1884  at Colgate Academy, who signed on 28 December 1881.  He may have been a schoolmate at Knoxboro Union School or perhaps Ernest himself spent some time at Colgate Academy. 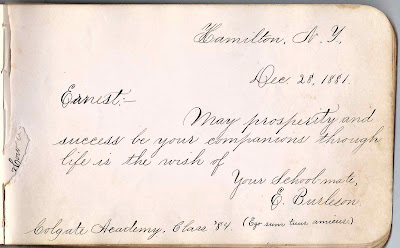 It's likely that the F. M. Schermerhorn who signed a page at Knoxboro Union School on 15 February 1882, was teacher Frances M. (Lyon) Schermerhorn. 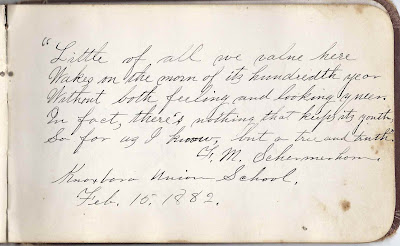 Alphabetical list of signers: [Note: given names within a specific surname might not be in alphabetical order.]

Posted by Pam Beveridge at 4:25 PM