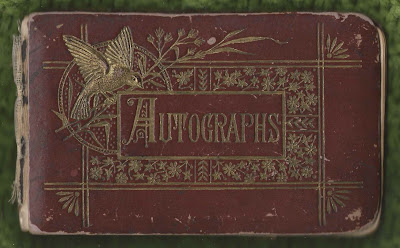 This interesting autograph album appears to have been passed to a succeeding generation, as well as having done double duty as a scrapbook.

I believe it first belonged to Julia Adelia Fuller and was then passed to her children, perhaps Clarence, as one of the later autographs is inscribed to Clarence, from a Clarence.  This was either an Uncle Clarence Dean or perhaps young Clarence Dean to his older self, as it contains a humerous glimpse into the future. 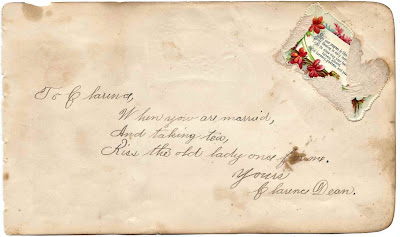 The album contains a four page prospectus for a work entitled The Snow Family History, 1623-1939, by William B. Snow, whose address was 75 Dexter Street, Malden, Massachusetts.  Julia Adelia Fuller was the daughter of Asa Coombs Fuller and Mary Jane (Snow) Fuller.  Below is the first of the four pages. 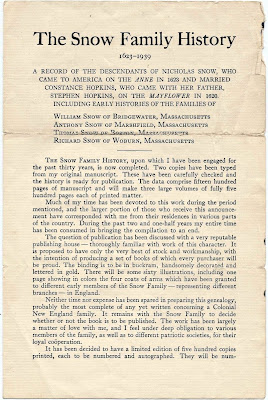 The album also contains a single page with a photograph of William Hyslop Fuller, who apparently wrote a genealogy of the Fuller family and was advertising prints of his photographs of family members. 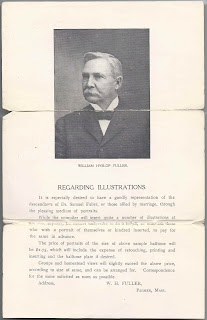 The earliest autographs are from the early 1880s.  The latest item might be the Snow genealogy prospectus.

The album is approximately 7" x 4" and contains 17 autographs in addition to ephemera and photographs.  An alphabetical list of the signers appears at the end of this post.

Tucked in the album, a carte de visite of Asa Coombs Fuller: 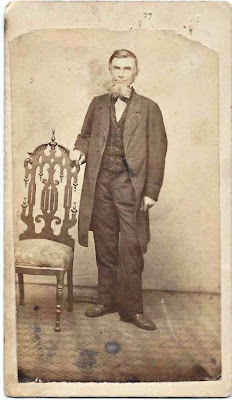 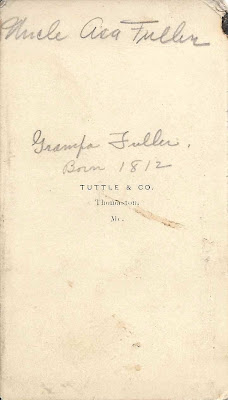 
If you have corrections to the information above, or additions to it, or information on any of the signers listed below, please leave a comment or contact me directly.  Thanks!

Newspaper clippings in order of appearance, not necessarily chronologically [omitting many clippings of poems and conundrums]: 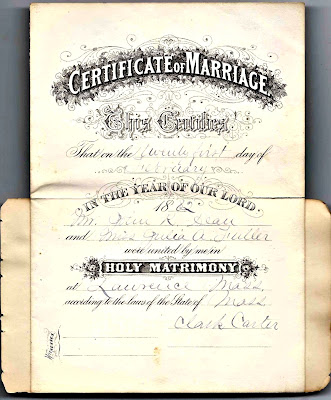 In addition to the CDV of Asa Coombs Fuller, three other photographs were pasted into the album. 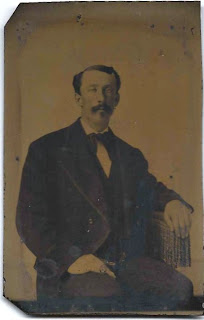 Isabel and Dad [John R. Dean] aboard the SS California on their way to Bermuda in 1931: 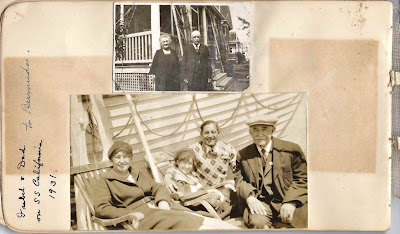 And a photograph of John R. Dean in his fireman's uniform: 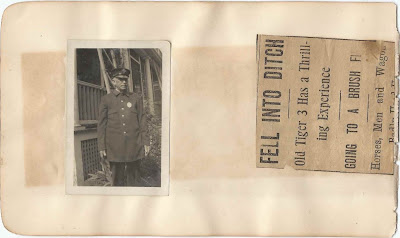 Several others items, including clippings from magazines were also pasted in the album.

If you have corrections to the information above or additions to it, or information on any of the people, listed below, who left autographed pages in the album, please leave a comment or contact me directly.  Thanks!

Alphabetical list of signers in the album: [Note: given names within a specific surname may not be in alphabetical order.]
Lawrence, Massachusetts