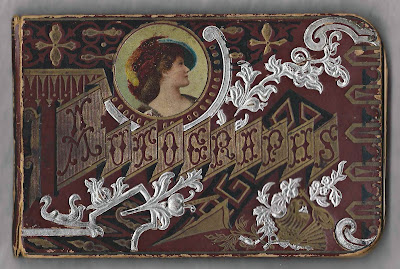 1880s autograph album of Harry E. Reamer of the Paradise neighborhood of Greensburg, Pennsylvania, with most of the autographs apparently collected while he was a student at the Paradise School. 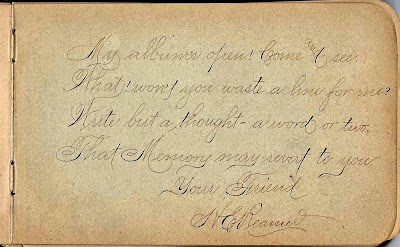 The album is approximately 6" x 4" and contains 37 pages of sentiments signed by Harry himself, his relatives, schoolmates and friends.  An alphabetical list of the signers appears at the end of this post. 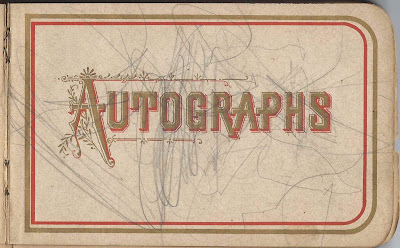 Harry's siblings were Agnes, Emma, Jennie, Jay and Charles, two of whom signed pages in his album.  Charles Reamer signed a page on 6 December 1886. 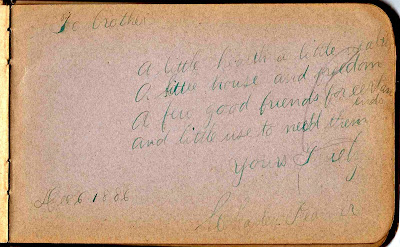 Jennie Reamer signed a page at Greensburg, Pennsylvania, on 23 November 1886. 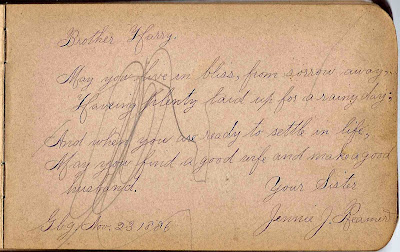 William Reamer, who called himself Harry's cousin, signed a page on 15 January 1887. 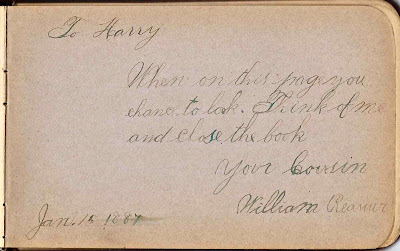 Harry E. Reamer married Henrietta Richardson Campbell about 1898 and settled at Greensburg, Pennsylvania, where he was a millman.  They had at least one child, a daughter.  Harry died in 1943.

Greensburg, Pennsylvania [The area of Paradise is in the southeast part of the city.]