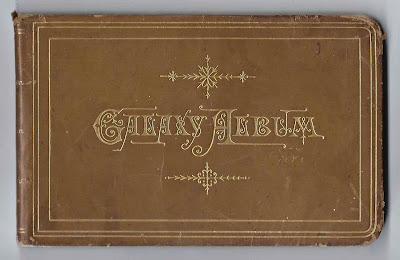 1880s autograph album of Sylvania Whiteside, or "Vanie", of the Manayunk area of Philadelphia, Pennsylvania. 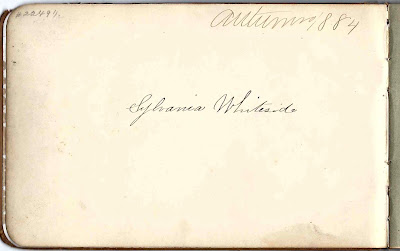 She may have been Hannah Sylvania Whiteside, daughter of George and Hannah Amanda (Earl) Whiteside.  Hannah Sylvania was born 15 November 1857 and died 25 June 1893 at Philadelphia, not long after the last autographs in her album were collected. 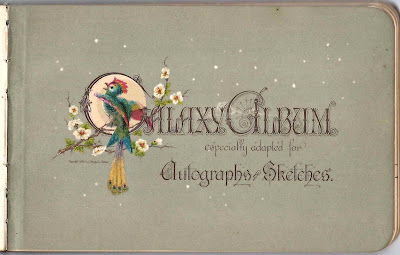 The album is approximately 6-1/4" x 4" and contains 24 pages signed by Sylvania herself and her friends.  An alphabetical list of the signers appears at the end of this post.

The album has several illustrations scattered throughout the album, most of them unused by the signers.  This is my favorite: 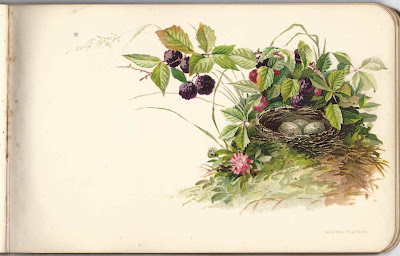 Julius Arnold signed facing pages at Philadelphia, Pennsylvania, on 5 December 1886, the left in Greek and the right in English. 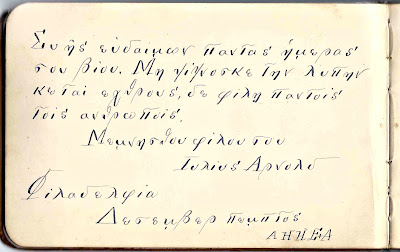 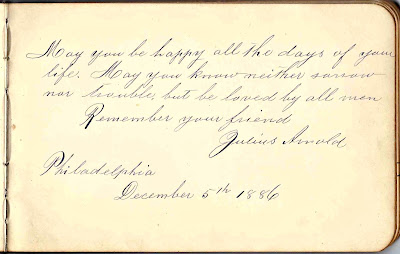 Joseph Clegg of England signed a page and gave his birthdate as 17 December 1863.  [If you read his surname differently, please let me know.] 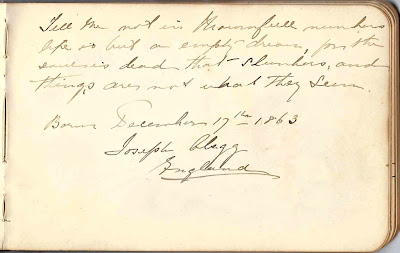 Two pages were inscribed to an Evelyn/Eve and appear to be from a more modern era.  Perhaps a relative found Vanie's album after her death.  Lieutenant John R. Salter, Sr., of the U. S. Navy, serving on the USS Sperry, inscribed a page to his "very good friend Evelyn". 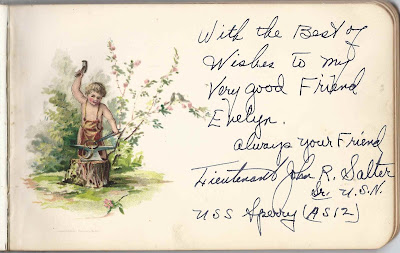 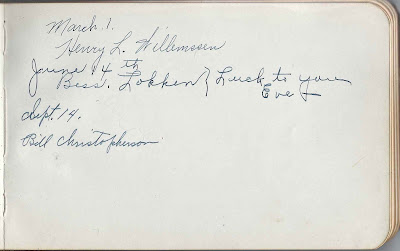 One page was written in German in 1887.  If you can translate and/or identify the signer, please leave a comment. 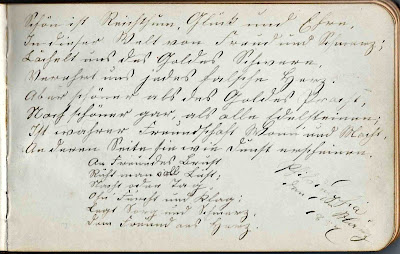 F. E. Donaghay signed a page at Philadelphia, Pennsylvania on 4 February 1888.  I'm not sure of the first initial. 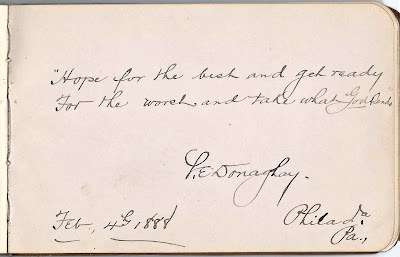 If you have any information on Hannah Sylvania Whiteside or any of the signers listed below, please leave a comment or contact me directly.  Thanks!

The Manayunk area of Philadelphia, Pennsylvania