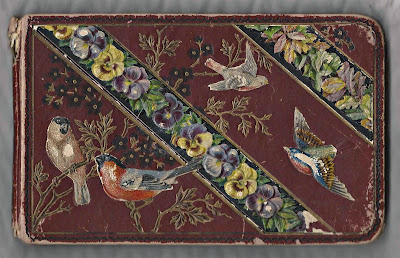 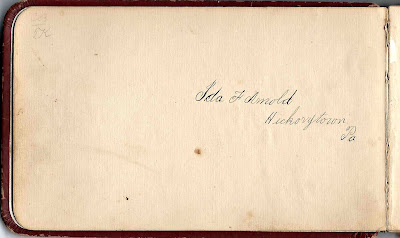 The album is approximately 7" x 4-1/4" and contains 39 pages signed by Ida herself, her relatives and friends.  An alphabetical list of the signers appears at the end of this post.  Many of the signers appear to be related, either to Ida or to her husband William S. Sponsler.

Included in the album is a four page handwritten document, presumably written by Ida, as her name appears to be written in the handwriting as Ida's handwriting on the ownership page. 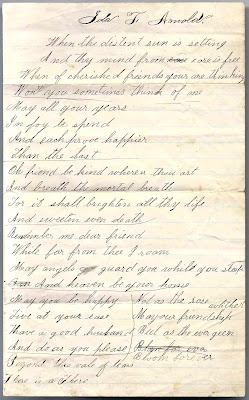 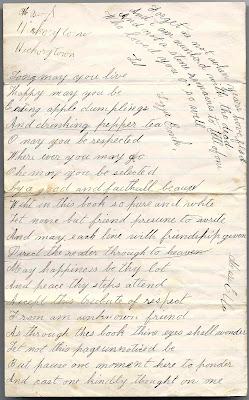 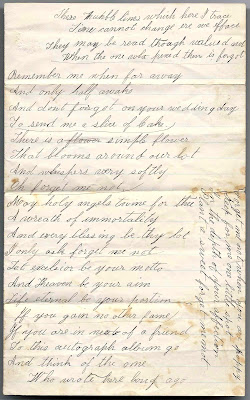 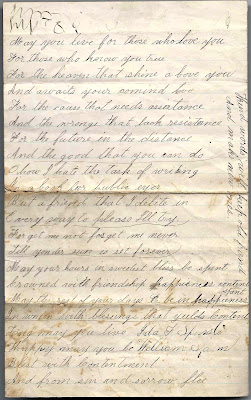 Ida F. Arnold was born about 1862 in Pennsylvania.  I believe her parents were Solomon Arnold and, perhaps, Barbara (?) Arnold.  Ida's brother Edward and Arnold signed pages in her album. 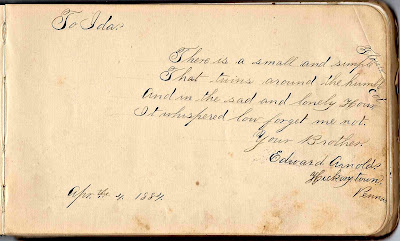 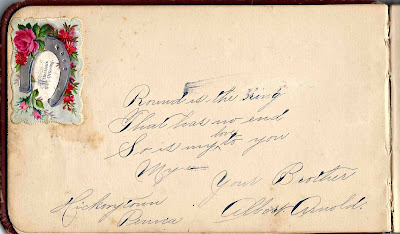 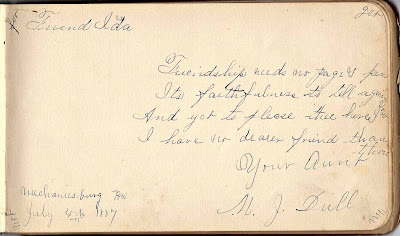 If I have the correct Ida F. Arnold, she married William S. Sponsler [incorrectly indexed as Sponseller on at least one site] on 19 November 1885 in Cumberland County, Pennsylvania.  He was born about September 1863, the son of Captain Joel Smith Sponsler and Anna Belle (Dull) Sponsler.

A marriage date of 1885 means that some of the autographs in Ida's  album were collected after her marriage. 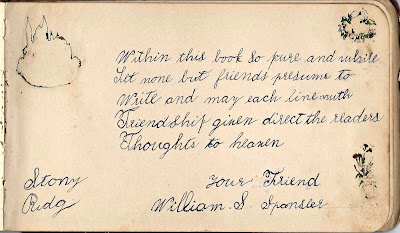 The couple lived in Upper Allen and Lower Allen, Pennsylvania and had at least four children, Bertha; Emma; Anna; and Arthur.

If you have corrections and/or information on Ida F. Arnold and her family or any of the signers listed below, or if you feel that the album owner was a different Ida F. Arnold, please leave a comment or contact me directly.