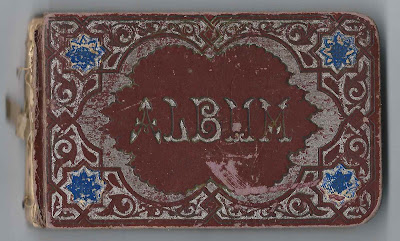 [Note:  Thanks to the several Google+ genealogists who helped me decipher some of the handwriting in this album.]

1880s autograph album of Theresa Beightols of Utica, Pennsylvania, who signed her ownership page on 22 February 1882, though some people expressed their sentiments a bit earlier than that. 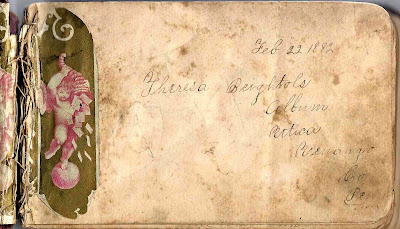 The album is approximately 5-1/2" x 3-1/4" and contains pages of sentiments signed by over 40 people, including Theresa herself, her relatives and friends.  An alphabetical list of the signers appears at the end of this post.

Theresa Ann Beightol was born about February 1869 at Canal Township, Pennsylvania, in Venango County, the daughter of Charles B. and Clara M. (Stevens) Beightol. 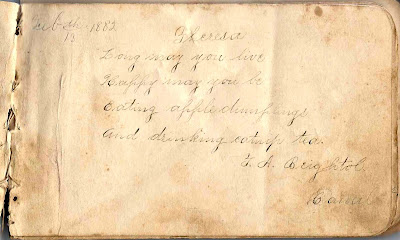 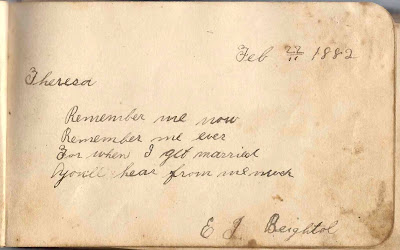 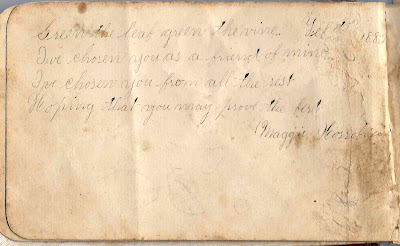 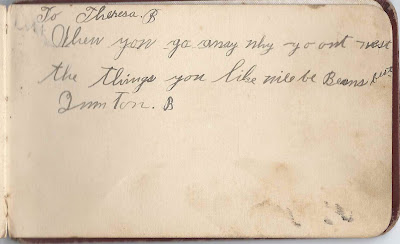 Theresa and Willliam farmed at Canal,  Pennsylvania and raised a family of, I believe, four children: Joseph Andrew Bean; Charles Merrill Bean; Clara Dean and Ruth Dean, all born in the 1890s.

Other relatives who signed pages: 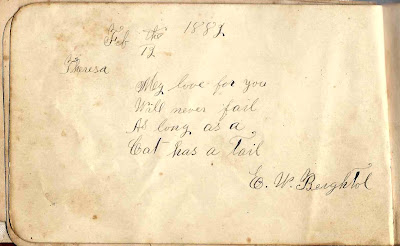 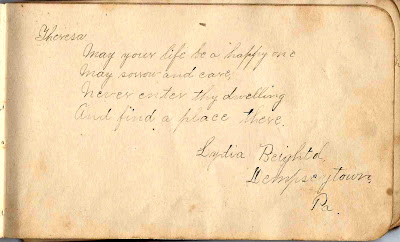 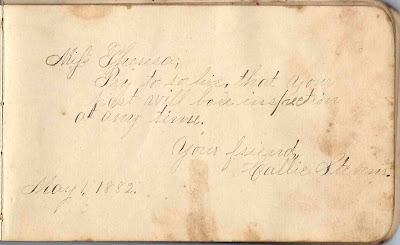 Alphabetical list of signers: [Note: given names within a specific surname may not be in alphabetical order.]
Utica, Pennsylvania