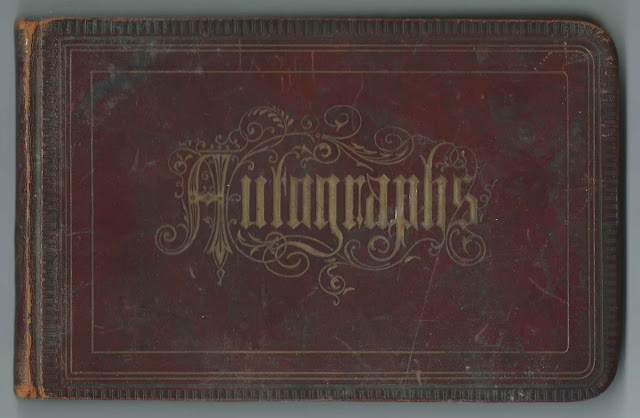 Autograph album that Katie Callaghan of 2538 Butterfield Street, Chicago, Illinois, during the 1880s.  She wrote her name on the title page. 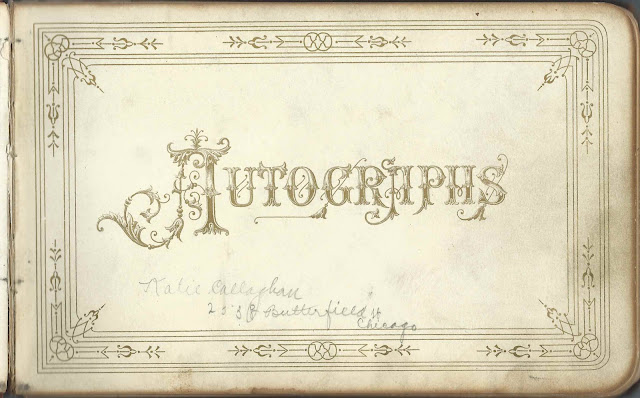 The album measures approximately 7-3/4" by 4-3/4" and contains the sentiments of 37 of Katie's relatives and friends.  Several pages were torn out of the album before it came into my possession.  An alphabetical list of the inscribers, together with any personal information they offered, appear at the end of this post.

Although I can't be sure, I believe that Katie was the daughter of Irish immigrants Michael Callaghan and Joanna (Roche) Callahan.   Several people named Roche inscribed pages in the album.

So, assuming this is the correct Katie, she was born about 1871 in Illinois.  Her sister Nell inscribed a page, before or after to marriage to inscriber James Burris. 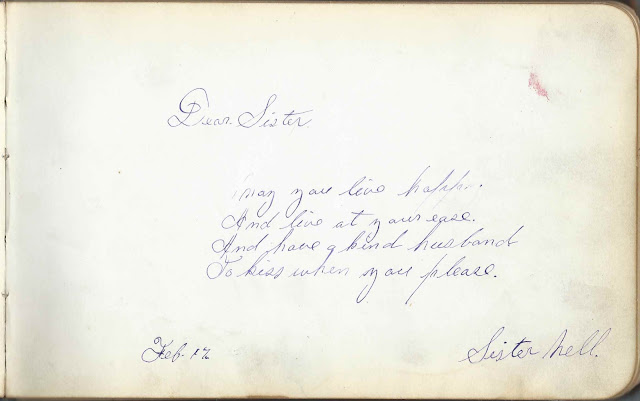 Another page was inscribed by Lizzie Mulvin, who would marry John E. Callahan, who I believe was Katie's older brother. 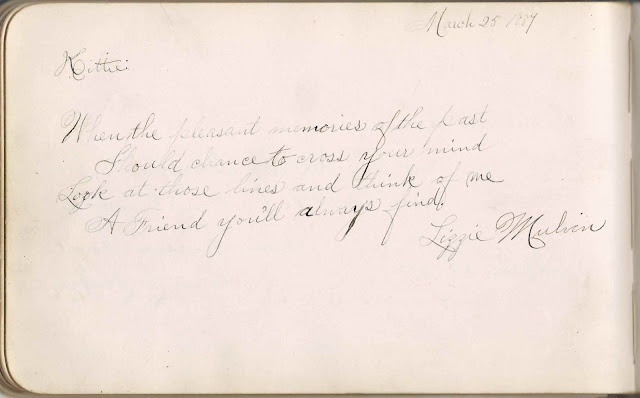 S. F. Kennedy, though I'm not sure of the initials, inscribed a page on April 25, 1882 and mentioned a cousin relationship with Katie.  Note: three other people named Kennedy inscribed pages in the album. 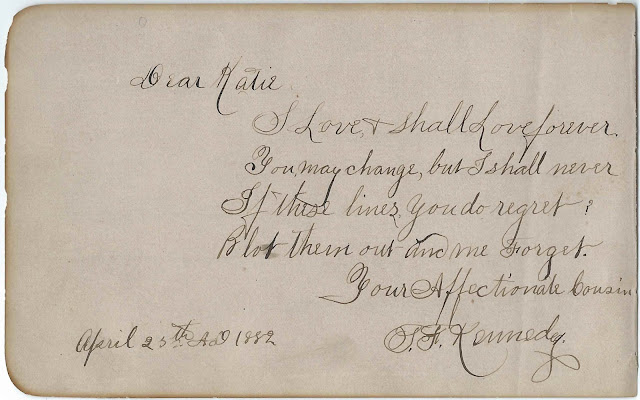 A page inscribed by W. Roche or M. Roche contains a beautiful design, presumably done by the inscriber himself, as no other designs appear in the album. 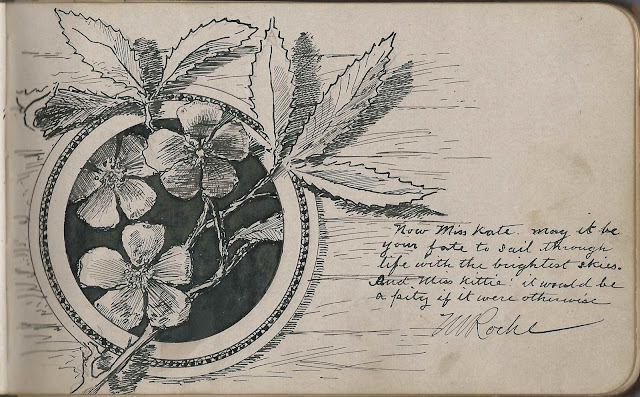 There's a Butterfield Street in the Chicago Heights neighborhood.

Posted by Pam Beveridge at 1:14 PM