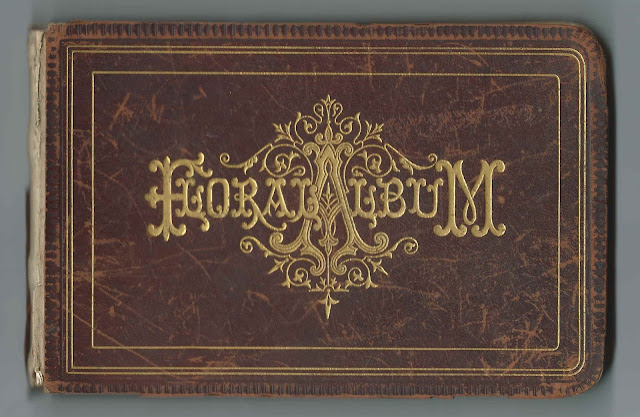 Autograph album presented to Mrs. Josephine Donaldson by her husband Charles E. A. Robinson at Christmas in 1879.  Josephine's name appears in gold letters on the back cover. 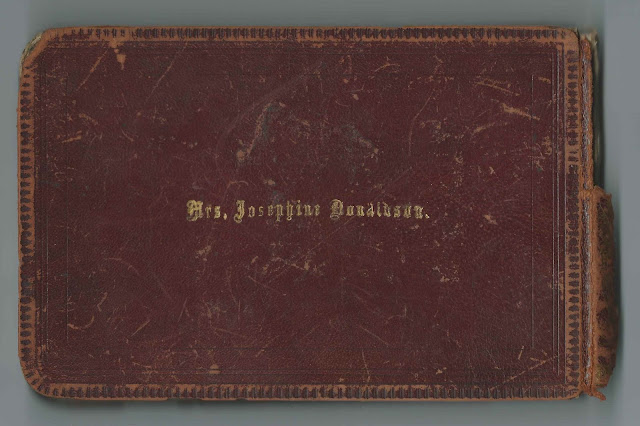 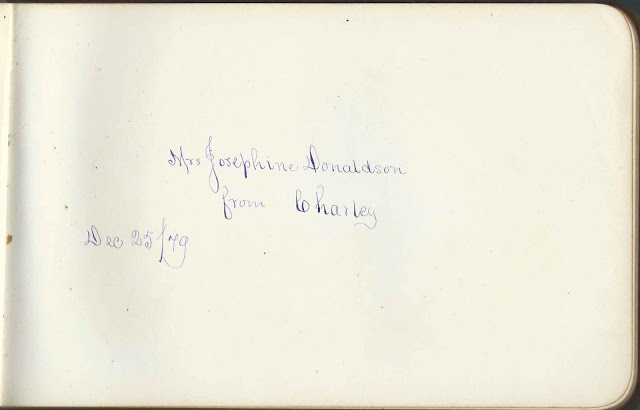 This "Floral Album" measures approximately 7-3/4" by 4-3/4" and contains only three pages of sentiments amid the scattered pages of floral designs.  It's possible that the album was so significant to Josephine that she decided to retire it for cherishing.

Charles E. A. Donaldson inscribed a touching sentiment to his wife, dated also on December 25, 1879. 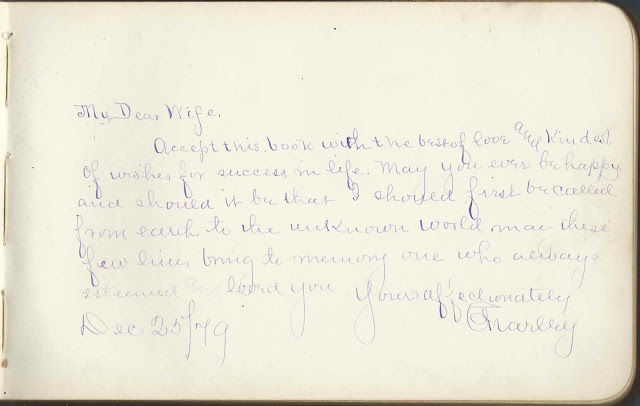 Charles also inscribed a sentiment on behalf of the couple's two children, Clara and Charles. 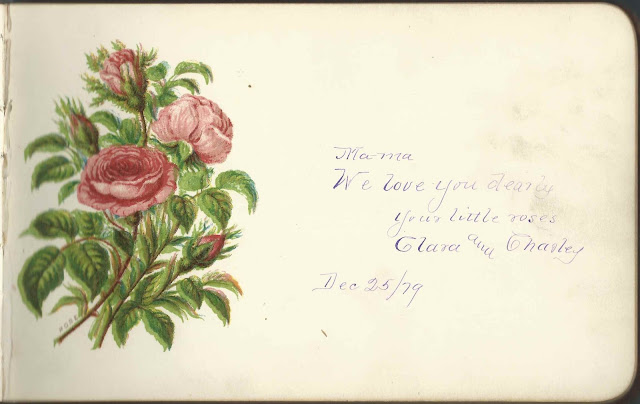 The only other inscriber was Maggie Edwards, who either lived at Greenfield, Illinois, or inscribed her page there on April 3, 1880. 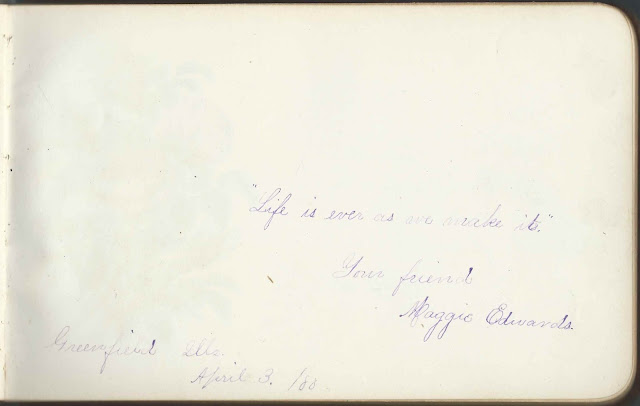 Charles, a clerk, and Josephine married on January 7, 1874 at St. Louis, Missouri and had Clara about 1877 and Charles about 1878.  They would have at least two more children after Charles.

Charles E. A. Donaldson died in 1901 and Josephine in 1934.  They're buried in the Bellefontaine Cemetery at St. Louis, Missouri.

If you have more information on Charles E. A. Donaldson and his wife Lucretia Josephine, please leave a comment or contact me directly.

Posted by Pam Beveridge at 3:04 PM