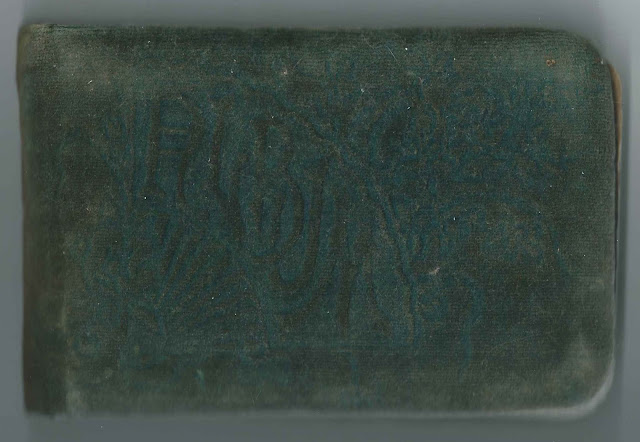 Autograph album with inscriptions from 1889 to 1910 that belonged to Charles Herbert Knapp of Vassar, Michigan.   Most of the entries are in the 1890s, with the lone late entry being that of Charles' daughter Verna Vivian Knapp in 1910. 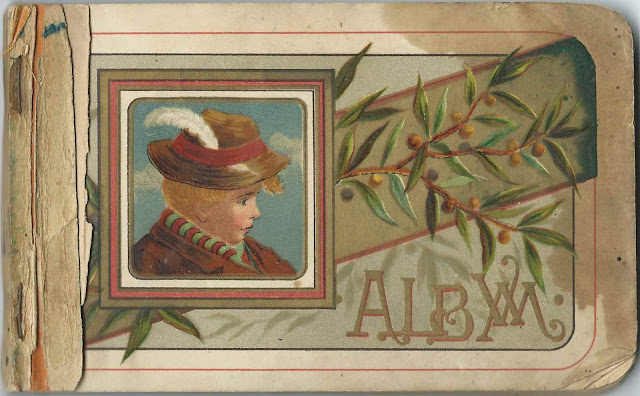 The album measures approximately 6" by 4" and contains the sentiments of about 20 of Charles' relatives and friends.  An alphabetical list of the inscribers, together with any personal information they offered, appears at the end of this post.

Charles Herbert Knapp was born May 12, 1875 in Michigan, the son of Stephen Knapp and Eliza (Holmes) Knapp.  Eliza inscribed a page in Charles' album; at the time she was married to her second husband Lewis C. Knapp, who also inscribed a page. 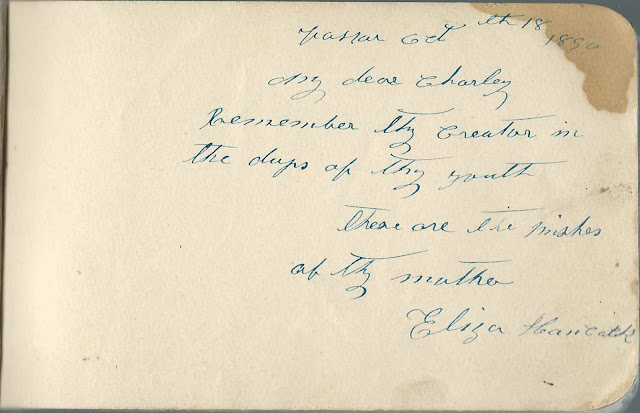 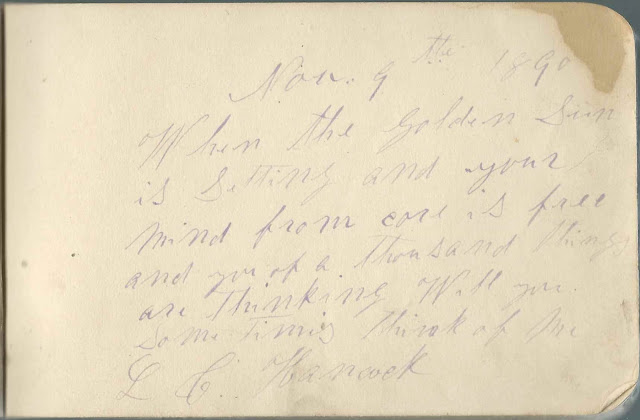 At least three of Charles's siblings inscribed pages in his album: brother George W. Knapp and sisters Bertha Knapp, Julia Knapp and Lanie Knapp.  Below, the facing pages inscribed by George W. Knapp, then at Thompsonville, Michigan, and his future wife Laura Raymond of Lansing, Michigan. 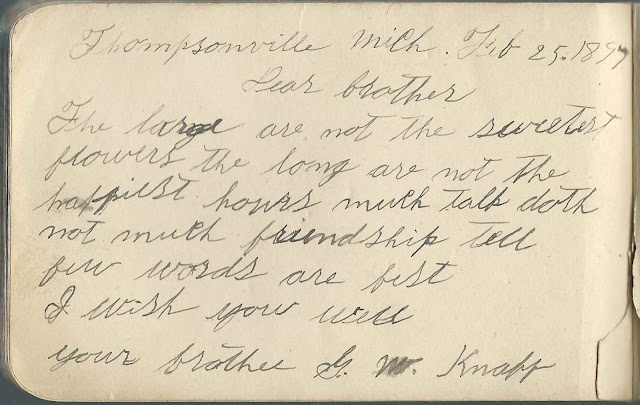 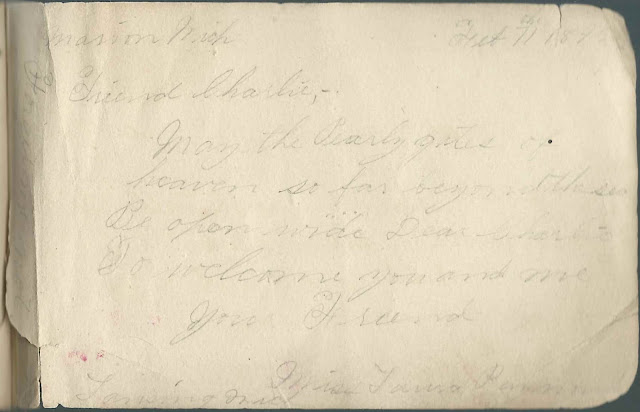 On April 11, 1897 at Thompsonville, Michigan, Charles Herbert Knapp married Stella Blanche Hiney of Thompsonville.  Stella inscribed a page in Charles' album on March 6, 1897, in the month before their marriage. 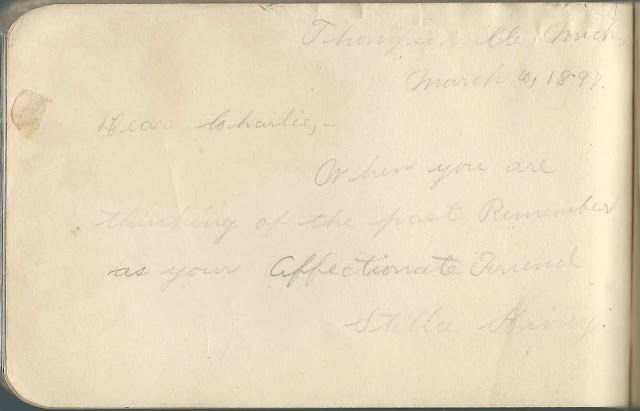 Charles and Stella had at least three children, at least one of whom died young.  Daughter Verna Vivian Knapp inscribed a page in her father's album at Hackley, Wisconsin, now Phelps, Wisconsin, on February 17, 1910. 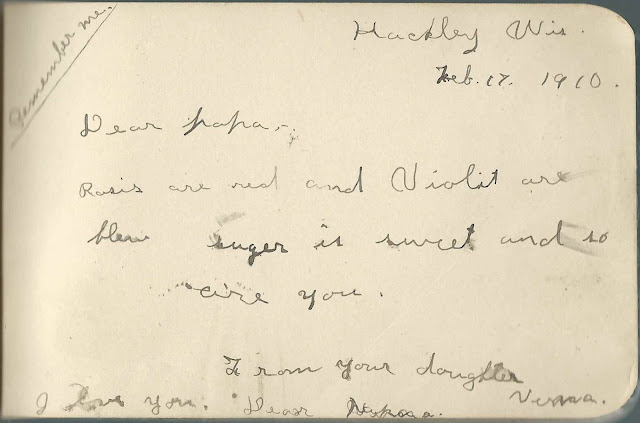 It appears that Charles and Stella parted ways in the early 1900s, as Stella married Albert Straubel in 1904, and Charles married Nina Gordon at Homestead, Michigan, on August 22, 1906.   Charles had at least three more children with Nina.

Charles died in 1959 and is buried in the Langlade Cemetery at Langlade, Wisconsin, with wife Nina and at least one of their children.

Inscribers in the Album
A
B
H
K
L
R