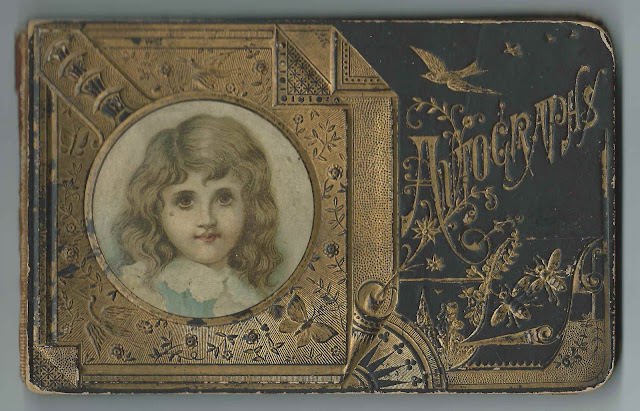 Autograph album with inscriptions from 1887 to 1890 that belonged to Harriet E. Phillips, "Hattie", of Oakland County, Michigan.   The album was given to Hattie by her cousin Polly at Christmas in 1887. 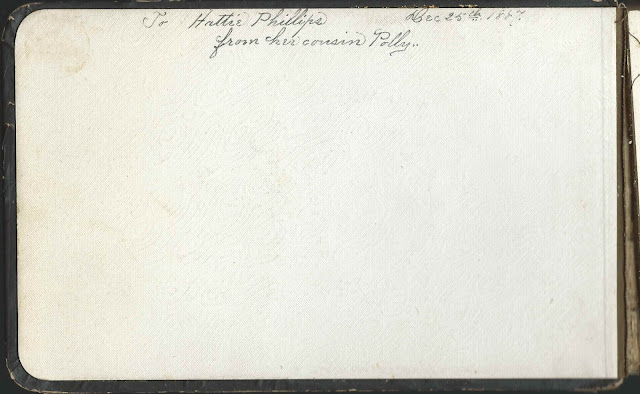 Additionally, several inscribers gave residences of Florida and Wilton, but did not mention a state.  I assume that these were villages in Michigan, but perhaps a reader will have more insight.

The album measures approximately 7-3/4" by 5" and contains the sentiments of 22 of Hattie's relatives and friends.  An alphabetical list of the inscribers, together with any personal information they offered, appears at the end of this post.

According to her death record, Harriet E. Phillips, "Hattie", was born March 28, 1872 at White Lake, Michigan, the daughter of Eli Phillips and Julia (Perkins) Phillips.   Hattie's paternal grandmother, Mary (Mogford) Phillips, inscribed a page in the album on January 3, 1889. 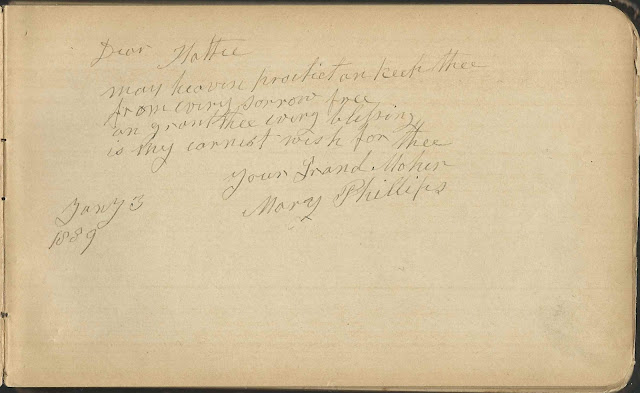 On April 2, 1891 at Pontiac, Michigan, Hattie E. Phillips married Charles Baker, son of George Baker and Harriet (Long) Baker, who had immigrated to the United States from England.  Charles inscribed a page in Hattie's album on October 1, 1888 at Clawson, Michigan. 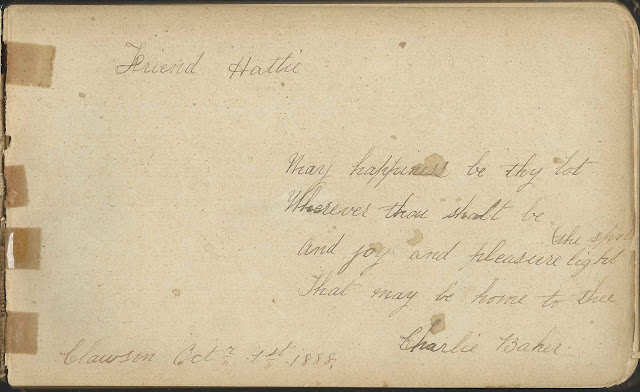 Charles' sisters inscribed pages, and the H. Baker who inscribed a page may have been Charles' mother Harriet (Long) Baker. 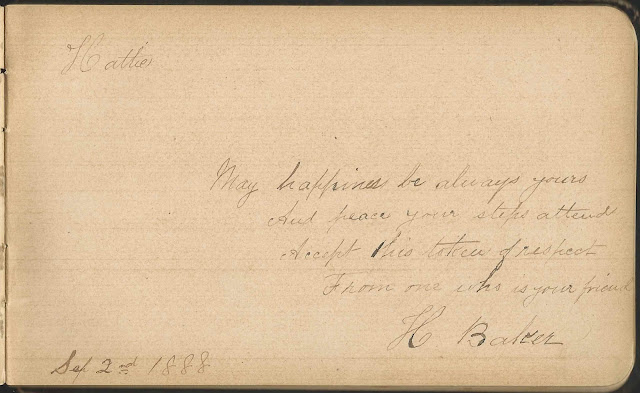 Hattie died at Royal Oak, Michigan, on March 17, 1947; Charles died in 1949 at Clawson, Michigan.  They're buried in the Crooks Road Cemetery at Troy, Michigan.