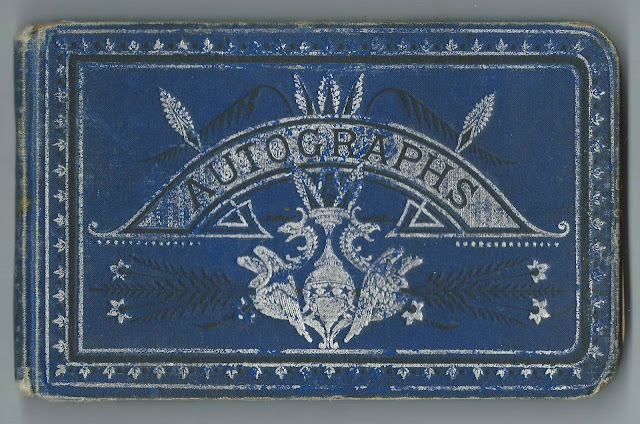 Autograph album that was kept by Mary Emily Soules of Queensville, Ontario, before and after her marriage to Jesse Morton and move to Keswick, Ontario.

Emma inscribed her name on one page and a welcome to her inscribers on another. 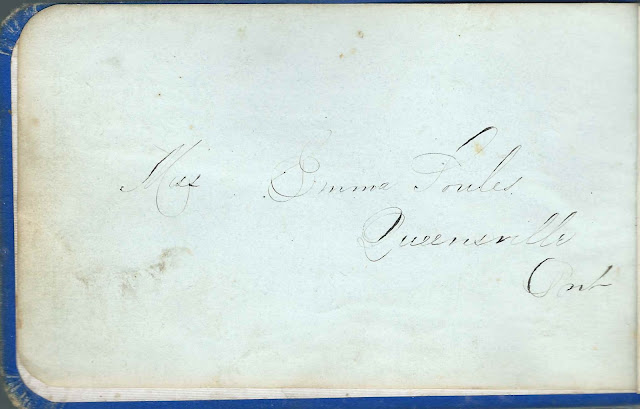 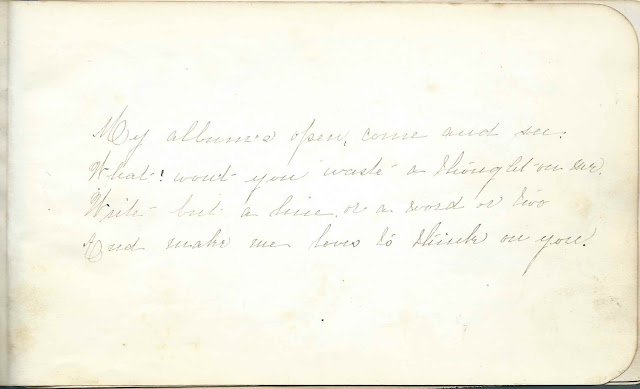 Inscribers hailed from various places in Ontario and Berrien Springs, Michigan, with many of them being relatives of either Emma herself or of her husband Jesse Morton. 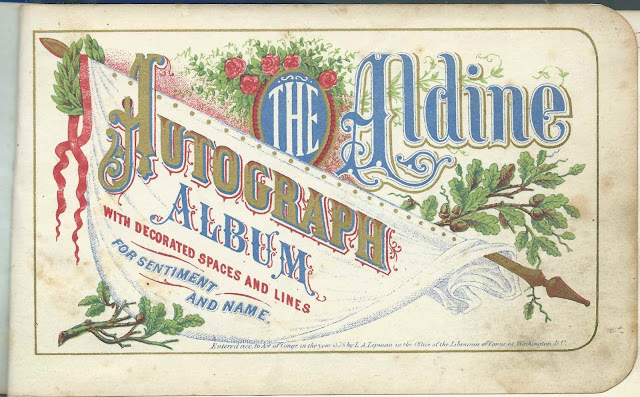 The album measures approximately 7" by 4-1/4" and contains the sentiments of over 60 of Emma's relatives and friends.  An alphabetical list of the inscribers, together with any personal information they offered, appears at the end of this post.

Mary Emily Soules, "Emma", was born "about" August 16, 1856 in Ontario, the daughter of Daniel Soules and Elizabeth (Smith) Soules.  The referenced date comes from her Find a Grave memorial, but no photograph accompanies the memorial to verify the date.  Emma's birth year was estimated to be 1858 on her marriage record.

On March 14, 1882 at West Gwillimbury, Ontario, Emma married Jesse Morton, son of Francis and Hannah (Mann) Morton.  The inside front cover and first end paper of the album contain information on Emma's marriage, including her change in membership from the Christian Church to the Keswick Church and the name of the minister who officiated at the ceremony, Rev. Daniel Prosser, and the couple's witnesses, Emma's brother Jeremiah Squire Morton and Jesse's sister Lavina Morton. 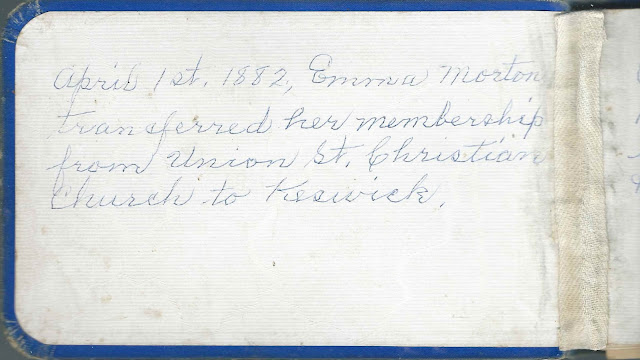 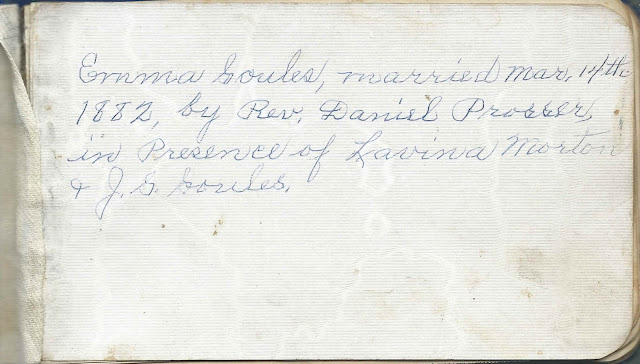 Emma and Jesse lived at York, Ontario, and raised a family of, I think, three children.  Perhaps the inscribers of the several entries from the 1930s were their grandchildren.

Jesse died in 1931 and Emma in 1936.  Emma is buried in the Queensville Cemetery at Queensville, York, Ontario.  I didn't find mention of Jesse as buried there, but he presumably was.