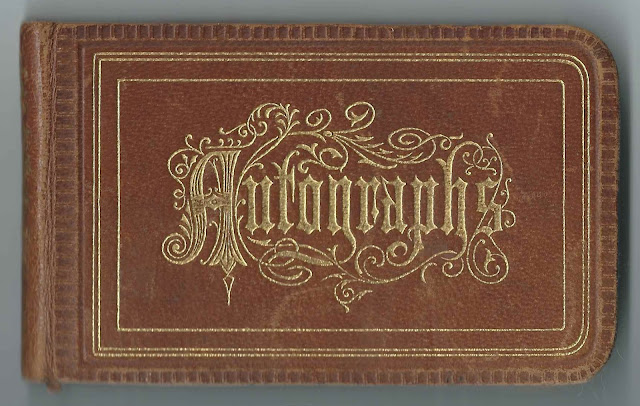 Autograph album given to Eveline Bement, "Eva" at Christmas in 1878.  She kept the album through the 1880s.  At some point, presumably after Eva's death, her daughter Helen Woodruff inscribed two pages. 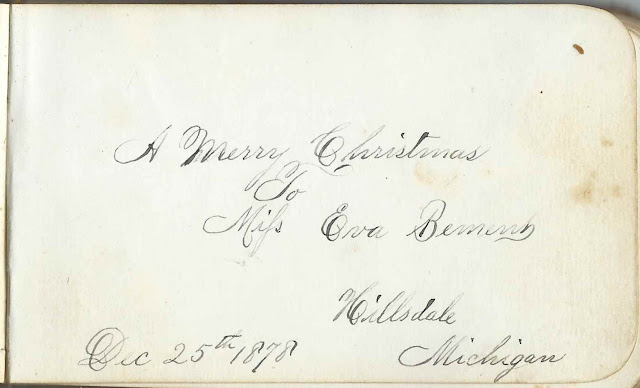 The album measures approximately 5-1/4" by 3-1/4" and contains the sentiments of nearly 70 of Eva's relatives and friends.  An alphabetical list of the inscribers, together with any personal information they offered, appears at the end of this post. 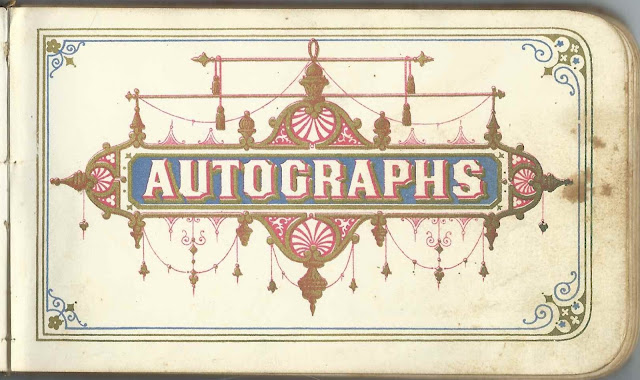 Eveline Bement, "Eva", was born in 1858 in Cambria, Michigan, the daughter of Oliver Bement and, possibly, Mariah (Murray) Bement.   Eva's sister Emma Bement inscribed a page in the album. 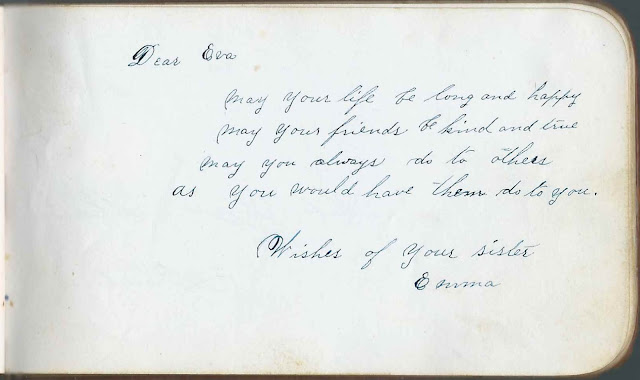 On September 23, 1888 at Osseo, Michigan, Eva married Frank Woodruff, son of Franklin Woodruff and Jane (Carpenter) Woodruff.   Eva and Frank had a daughter Helen, born May 16, 1894; sadly, it appears that Eva died on that day.  She's buried in the Maple Grove Cemetery in Hillsboro County, Michigan.

At some point later, Eva's album apparently came to light, and daughter Helen inscribed two pages in it.

Frank died in 1943 and is also buried in the Maple Grove Cemetery in Hillsdale County, Michigan.  If you have corrections and/or additions to the information above, please leave a comment or contact me directly.

Posted by Pam Beveridge at 1:04 PM