1909-1922 Postcards Sent to Shut-in Lucie Fish or Fishe and Sisters Georgia and Beth of Jonesboro, Maine 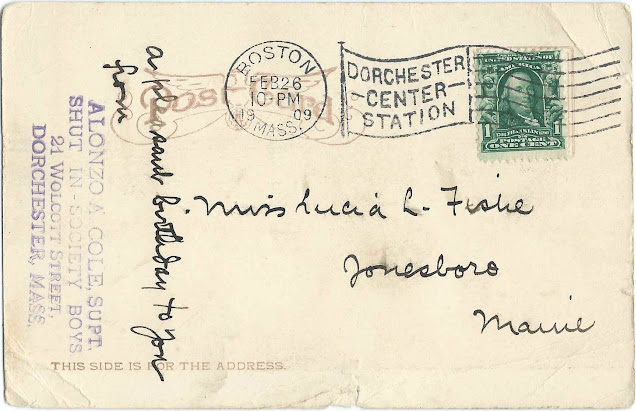 7 postcards sent to the Fish or Fishe sisters of Jonesboro, Maine - five to shut-in Lucia L. Fish, "Lucie" - and one each to Georgia Lindsey Fish and Elizabeth M. Fish, "Beth".
They were the daughters of George Washington Gates Smith and Lizzie Madge (Drisko) Fish of Jonesboro, Maine.

The postcard sent to Georgia shows a Bird's Eye View of Barre, Vermont and contains a long message.  See the card and a transcript at the end of this post.

Another article about the Shut-In Society appeared in the Cambridge Tribune issue of July 4, 1896.   At that time, the secretary of the organization was Miss Mary Hamilton Hartley of 14 Lincoln Street, New Haven, Connecticut.

There was another daughter, Cecile or Cecilia, born in 1899, but she died in 1903, before these cards were sent.

Card sent by Ethel Ladd, a shut-in at Santiago de las Vegas, Cuba.  She notes that her father raises strawberries for market.

Ethel Arline Ladd was born October 22, 1897 in Vermont, daughter of William Porter Ladd and his second wife Sarah Agnes (Sanborn) Ladd.   Her father, according to an online reference, once lived on a pineapple farm at Santiago de las Vegas.  The family later moved to Volusia County, Florida.  Ethel must have fought through whatever kept her a shut-in, as she went on to marry Albert C. Tyler and have at least one child.  Ethel died in 1982 and is buried with her brother Eugene Philip Ladd in the DeLand Memorial Gardens cemetery at DeLand, Florida.  Hopefully a reader will have more information. 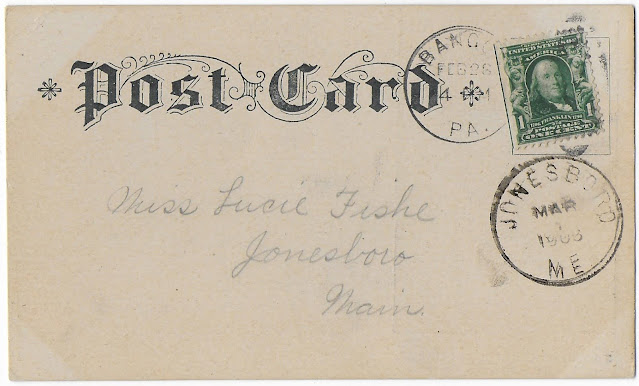 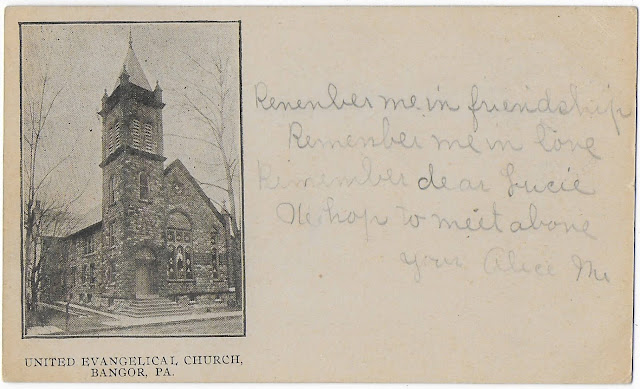 Card sent to Lucia Fish in 1909 by Alonzo Cole, Superintendent of the Shut-in Society Boys at 21 Wolcott Street, Dorchester, Massachusetts 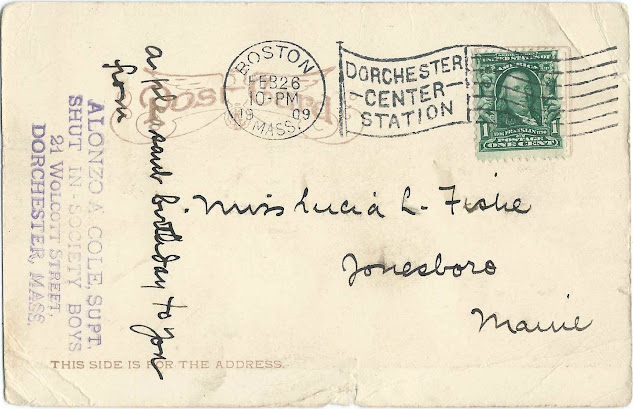 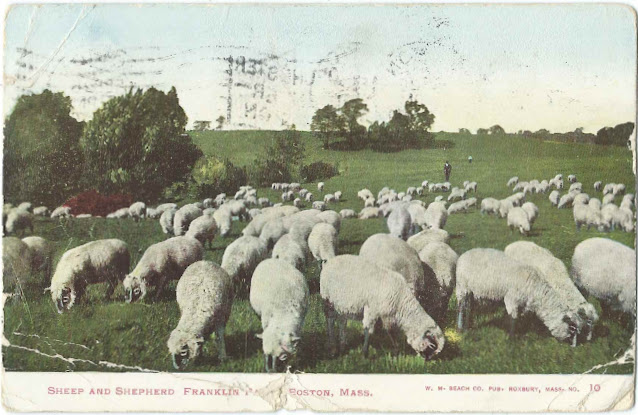 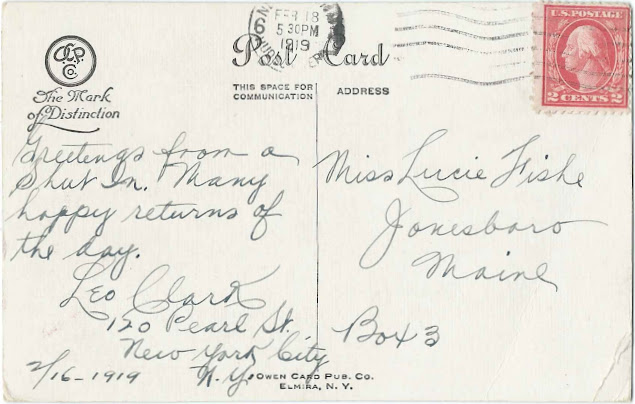 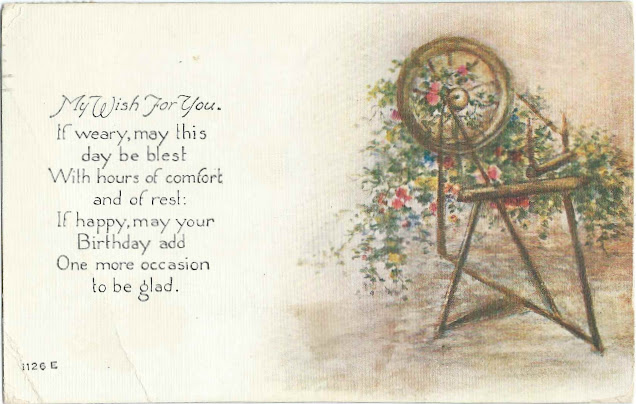 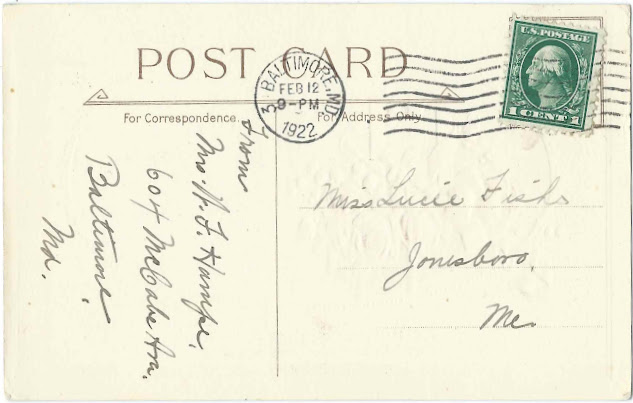 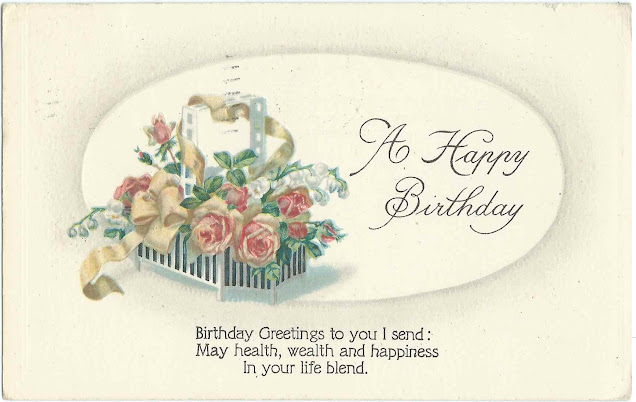 Card sent to Miss Beth Fish with no sender information and the postmark obstructed. 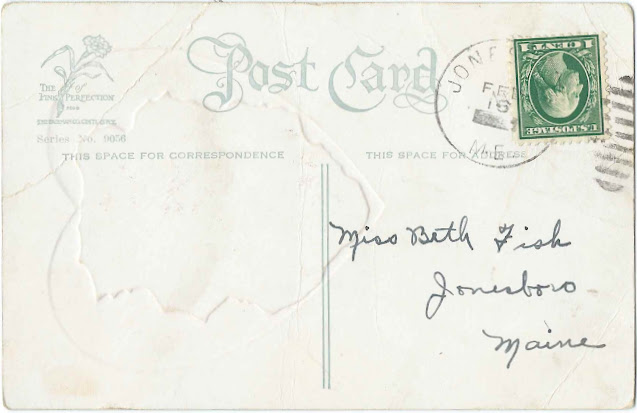 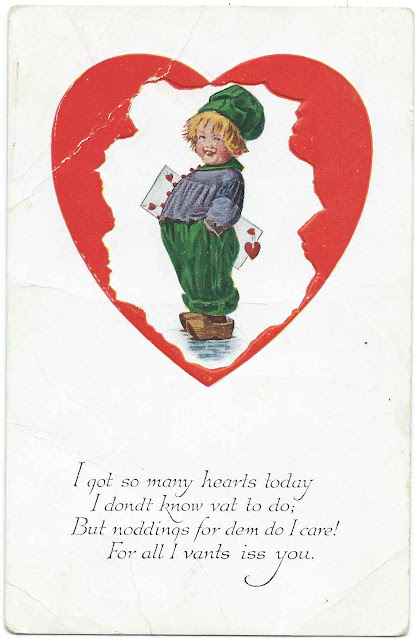 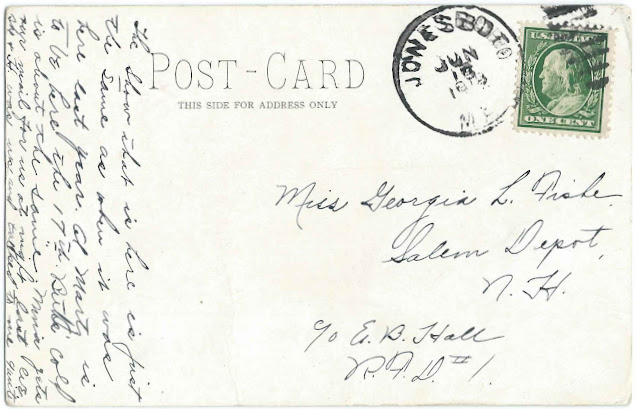 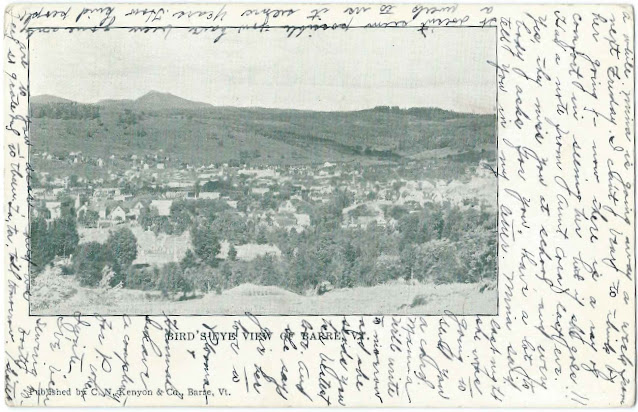 "The show that is here is just the same as when it was here last year.  Al Martz is to be here the 17th.  Ruth's cold is about the same.  Mina gets our mail for us at night.  Last eve she and H was up and talked to me quite a while.  Mina is going away next Friday.  I can't bear to think of hr going - now there is a ray of comfort in seeing her but if she goes!!  Had a note from Aunt Cora last eve.  Yes they miss you at school and everybody asks for you.  Have a lot to tell you in my letter.  Mina said last night she was going to send you a card.  Mama will write tomorrow and she sends you her bestest love.  And she says give her love to Ploma and Hannah.  I have a __ for P when I write.  I've been sewing two forty.
It doesn't seem possible you have been gone only a week.  To us it seems years.  How kind people are to you, dear, and we feel so grateful to them.  Tata, til tomorrow."

If you can supply the missing word in the message above or provide more information on the people mentioned or the Fish or Fishe sisters themselves, please leave a comment or contact me directly.

A label for L. A. Fish & Company of Jonesboro, Maine: