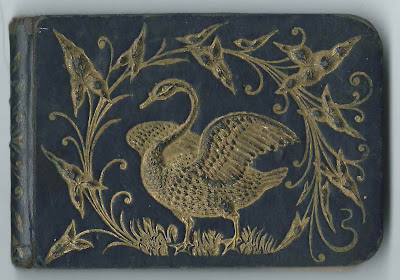 The ownership page has a date of December 25, 1886, as if the album had been a Christmas present.  However, there are some inscriptions dated earlier in 1886, so perhaps she had received the album in 1885. 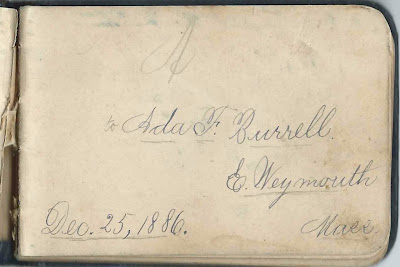 The album measures approximately 4" by 2-3/4" and contains the sentiments of 24 of Ada's relatives, friends, schoolmates and teachers; two inscribed multiple pages.  An alphabetical surname list and an alphabetical list of the inscribers, together with any personal information they offered, appear at the end of this post. 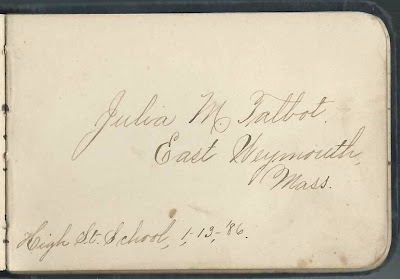 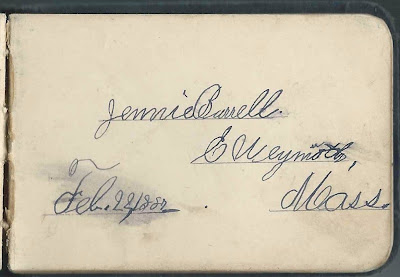 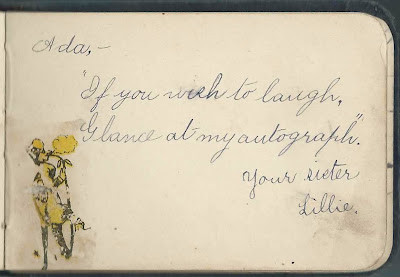 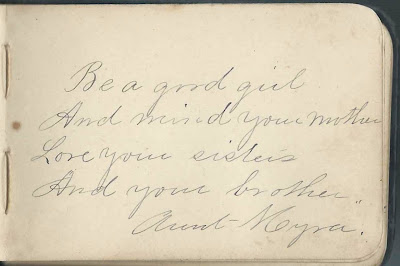 Nancie Burrell of East Weymouth, Massachusetts, inscribed a page in 1886. 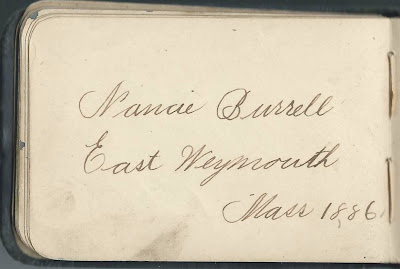 If you have corrections to the information above, or stories to share about the Burrell family or any of the other inscribers, please leave a comment or contact me directly.