1885-1894 Autograph Album of One of the Children of John and Anabella (Taylor) Gould of Stillwater, Maine 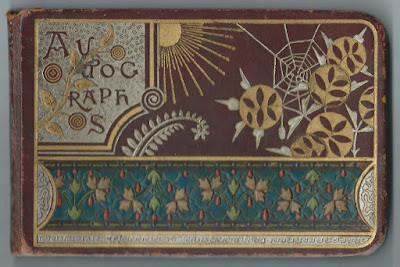 1885-1894 autograph album that belonged to one of the children of John and Anabella (Taylor) Gould of Stillwater, Maine, Nova Scotia natives who settled in the Bangor, Maine, area of Stillwater and Old Town.

The album measures approximately 6-1/4" by 4" and contains the sentiments of 14 of the album owner's relatives and friends.

John and Anabella (Taylor) Gould had the following children:
The album owner's sister, Addie R. Gould of Stillwater, Maine, inscribed a page as "Your loving sister" on January 1, 1885.  She, therefore, was not the album owner. 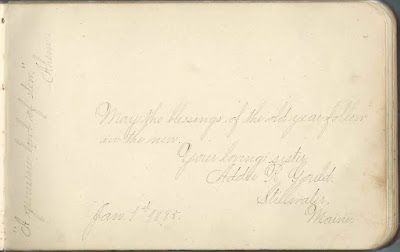 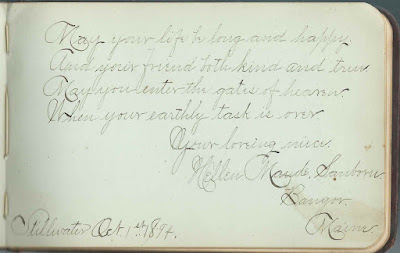 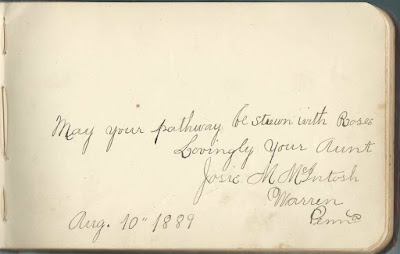 The Inscribers in Alphabetical Order

If you have corrections to the information above, or information on any of the inscribers, please leave a comment or contact me directly.