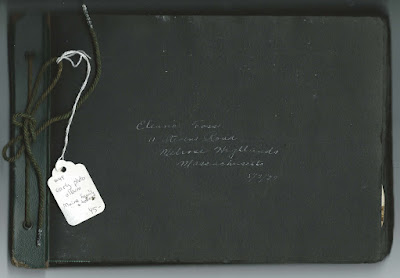 The album was found with an older one apparently kept by Eleanor's mother Mary Sutherland (Hinkley) Foss, a native of Alton, Maine.

The album measures 10" by 6-1/2" and contains 168 photographs.  Many of the people and scenes in the album are identified.

Eleanor Frances Foss was born July 16, 1915 at Melrose, Massachusetts, the daughter of Hervey Daniel Foss and Mary Sutherland [or Southerland] (Hinkley) Foss, who were born at Hancock, Maine, and Alton, Maine, respectively.  Eleanor had a younger brother Sheldon H. Foss.  Many of the photographs depict her immediate family, as well as other family members, friends, and Paul Osman Ritchie, "Dud", who would become her husband.

Eleanor and Dud were teachers.  I found faculty photographs of them in the 1959 yearbook of Weymouth High School, Weymouth, Massachusetts.  Dud died in 1966.  Eleanor later married Henry Almon Plummer of Maine.  She died at Bangor, Maine, in 2004.  Her obituary details her full life of teaching, child rearing and volunteerism.
Below, a photograph that shows Eleanor's father's humorous side. 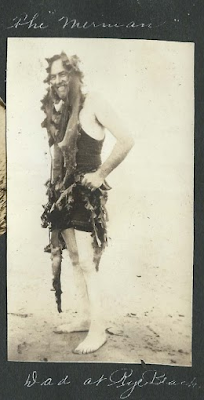 Eleanor's mother, Mary Sutherland (Hinkley) Foss appears in several photographs, but in a group or from a distance, such as in a group photo at her brother William H. Hinkley's farm, shown below.  William's wife and children were Amy Alice (Malbon) Hinkley and Bernice, Raymond and Wallace. 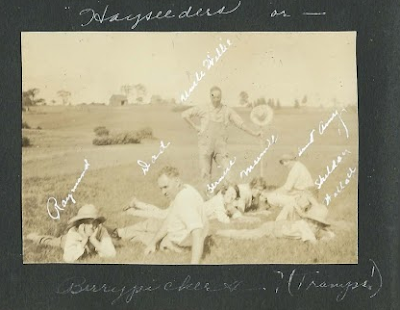 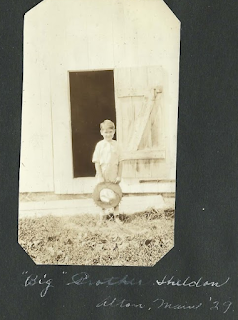 Two photographs of the farm of Eleanor's paternal grandmother, Angie N. (Springer) Foss of Hancock, Maine, widow of Augustus B. Foss.  I understand the farm is still in the Foss family.  Perhaps it was here that Eleanor's father, Hervey Daniel Foss, grew up. 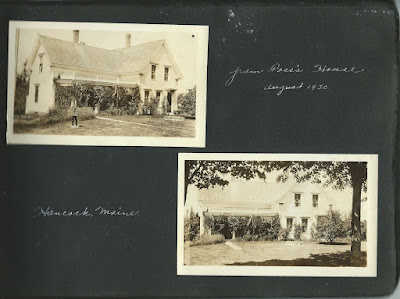 Below, two of the many photographs of Paul Osman Ritchie, "Dud", of Melrose, Massachusetts, who would become Eleanor's first husband: Dud alone and with Eleanor Frances Foss at Eleanor's family's camp in August 1930. 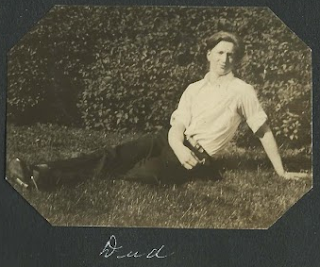 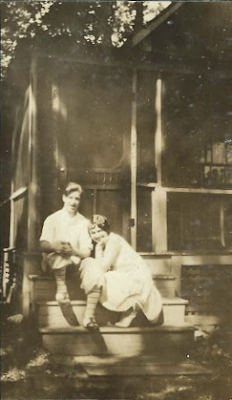 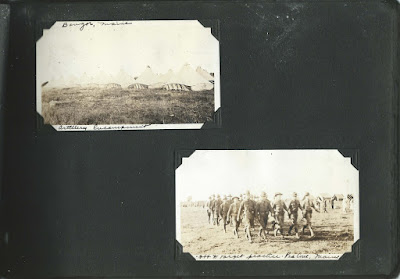 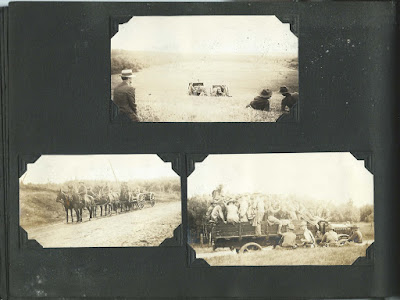 Posted by Pam Beveridge at 2:44 PM