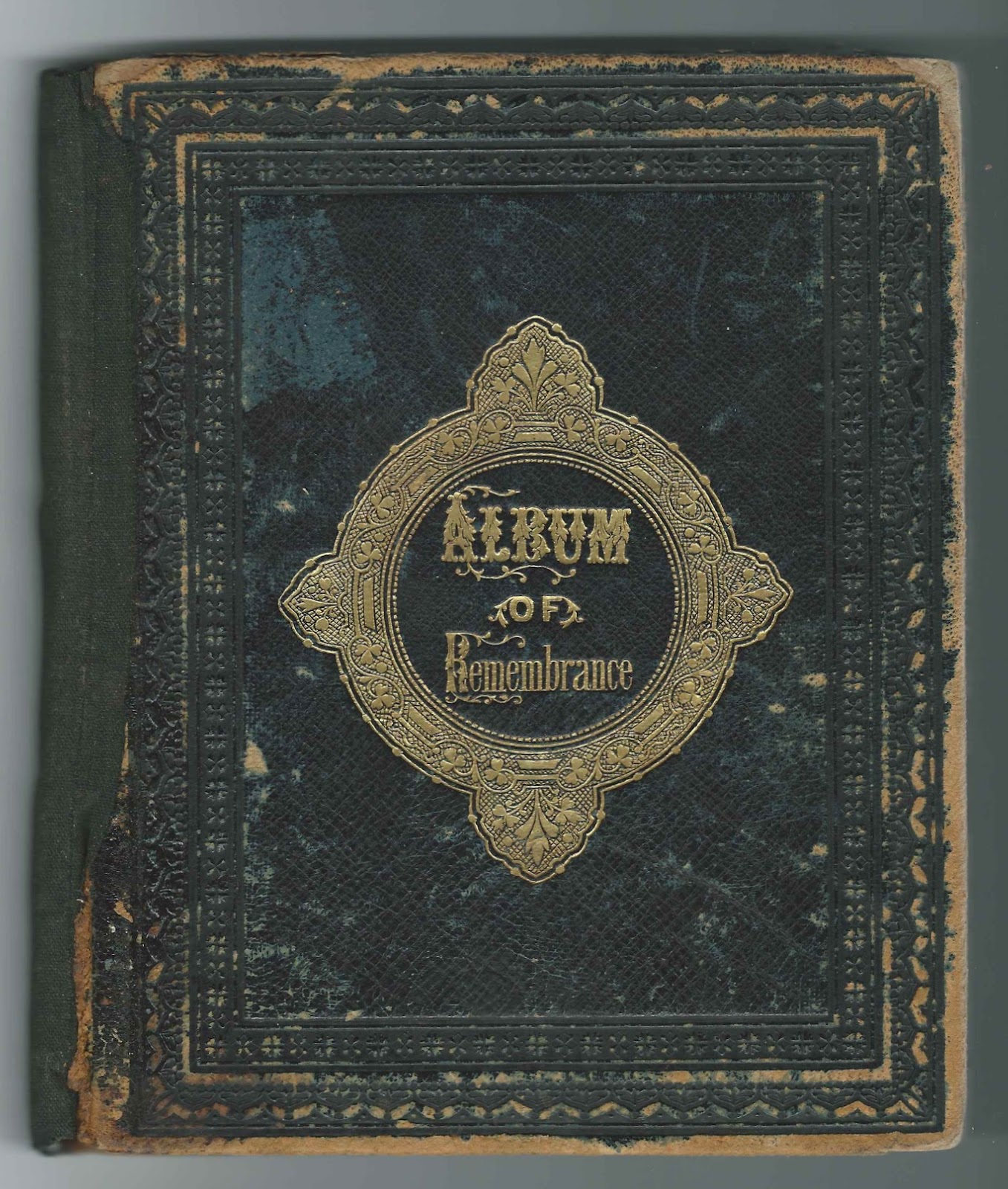 1860s autograph album that belonged to Mrs. Ella I. Grimes, wife of Hollister N. Grimes of Canandaigua, New York.  Her maiden name, according to an account of her death, was VanOrsdall, perhaps a variant of Van Arsdale. 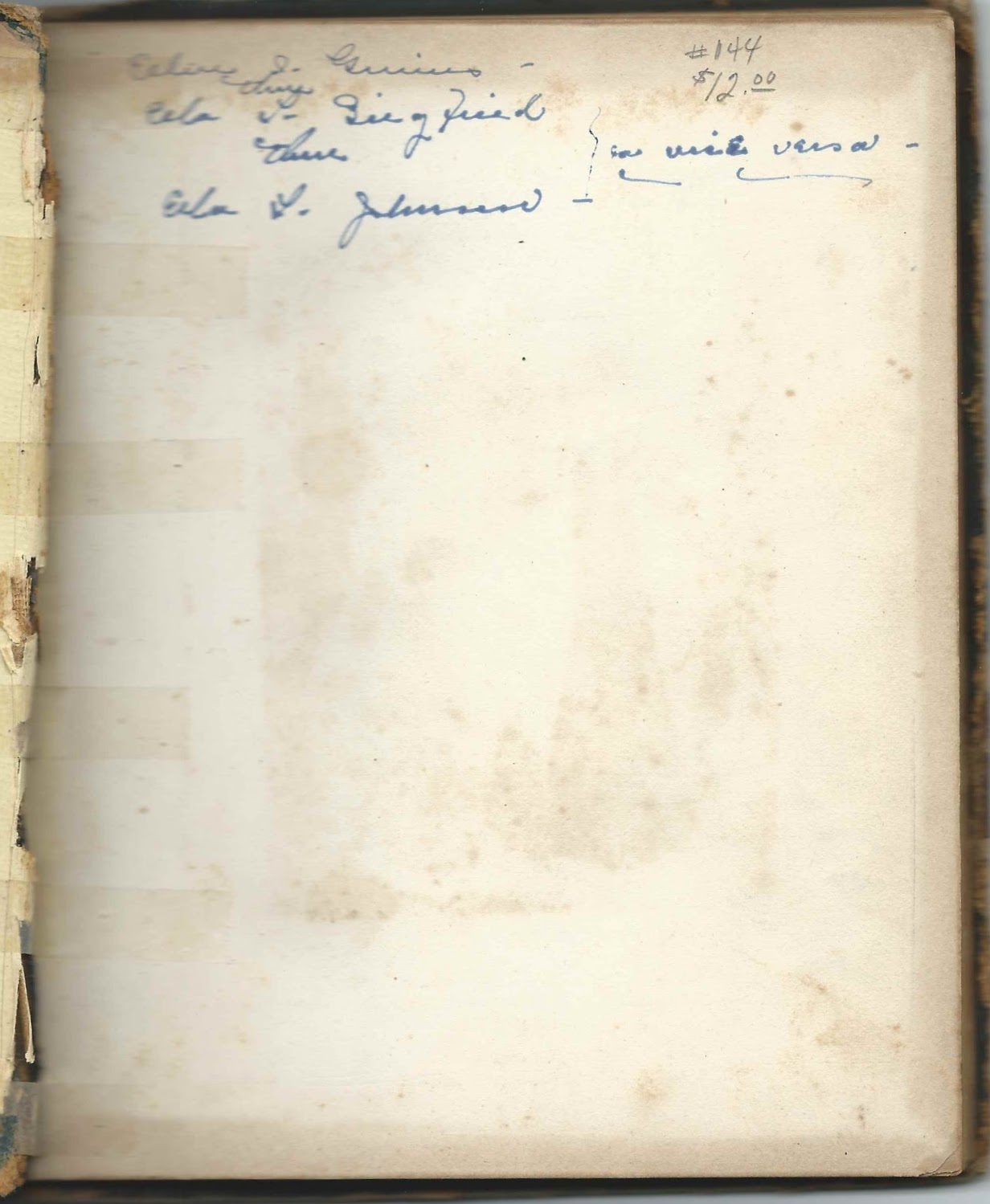 The album measures about 8" x 6-1/2".  There are very few inscriptions in the album, so I'll feature them all, in page order, including the engravings.    The first engraving in the album is entitled "Eleonora, As Free her Alms, As Diligent her Cares".  Designed and Engraved by A. H. Ritchie. 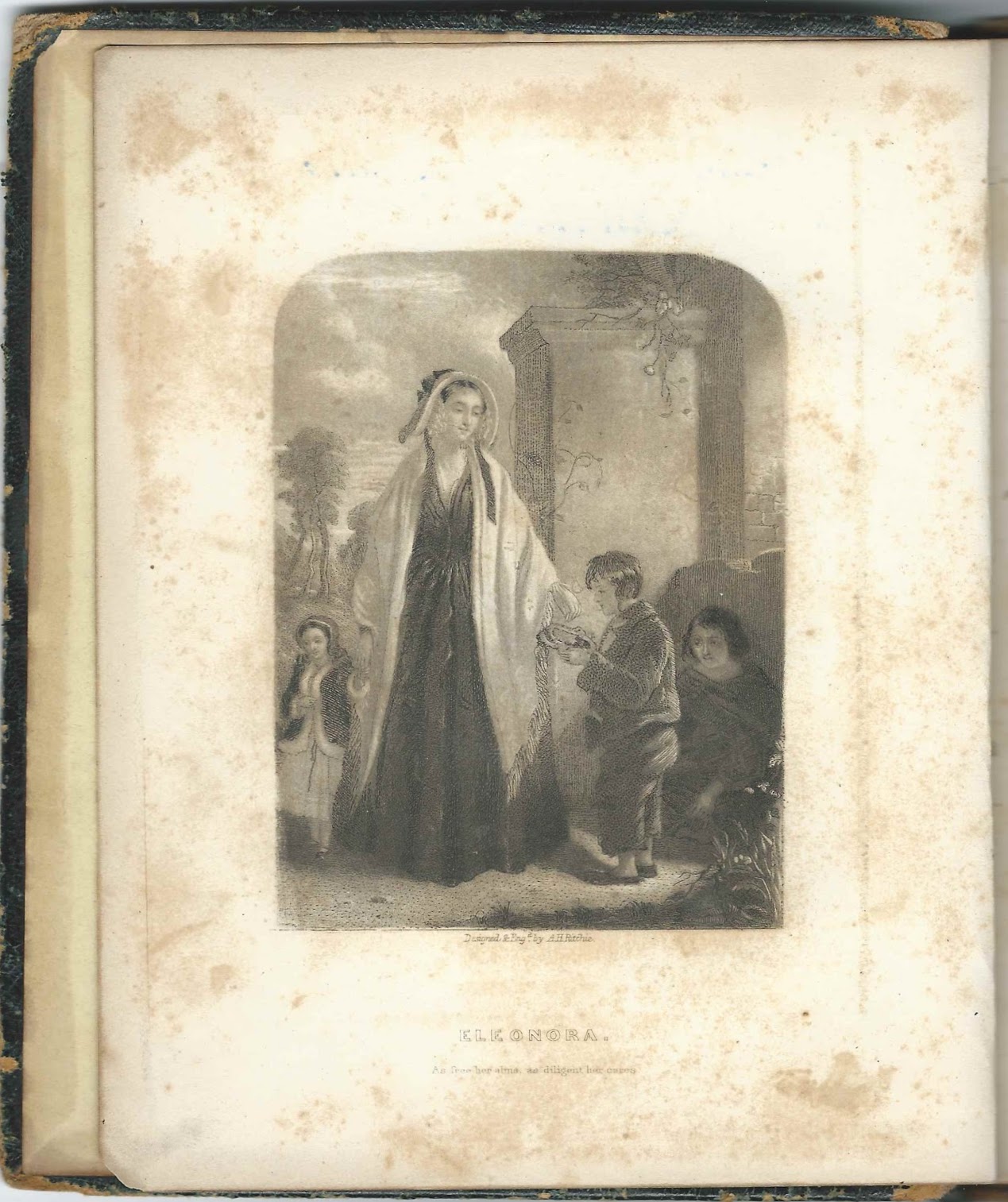 The title page: Album of Remembrance, published by Leavitt & Allen of New York. 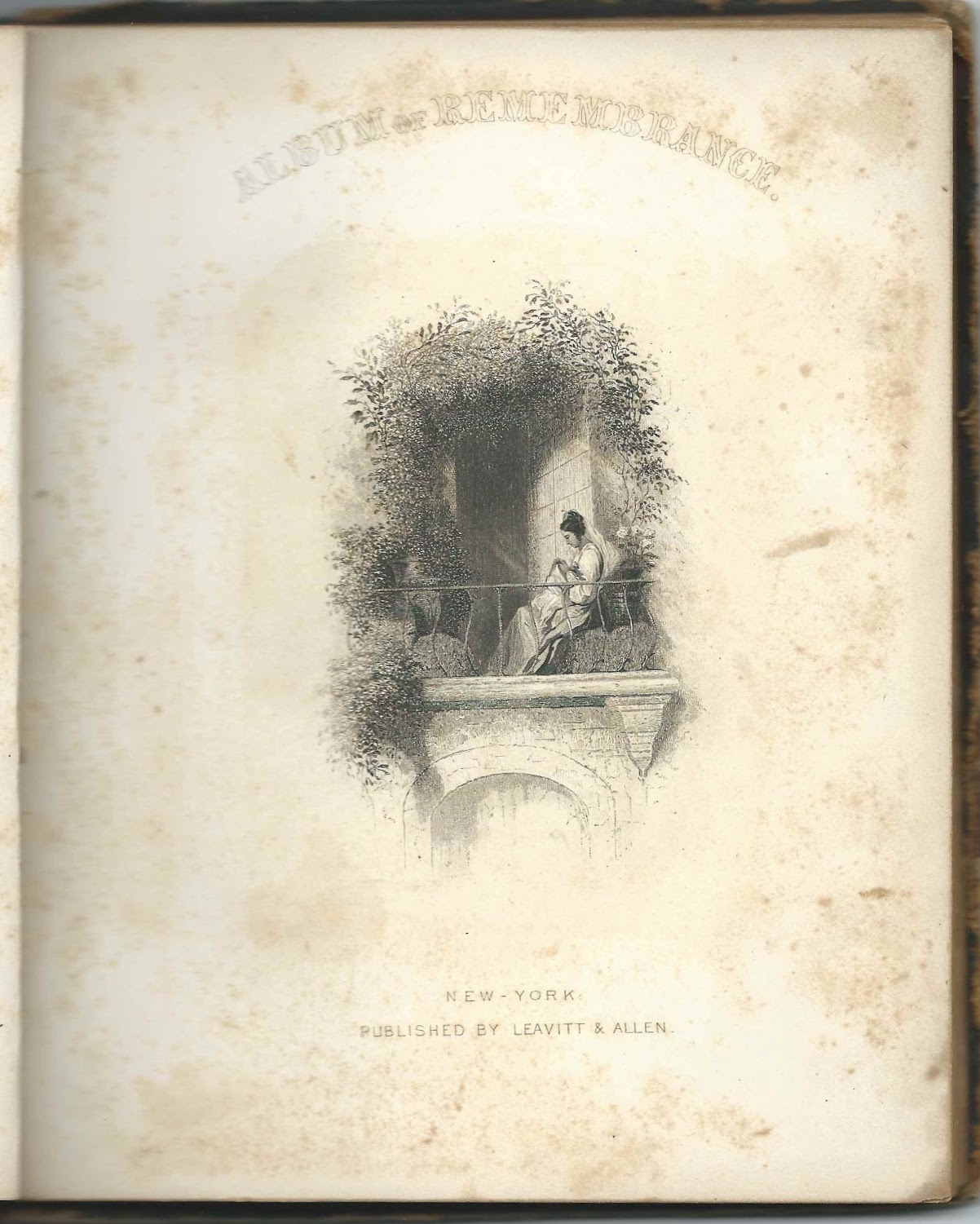 To Nellie: from Norm B. Shimer or Skinner, signed at Canandaigua, New York, on December 8, 1860 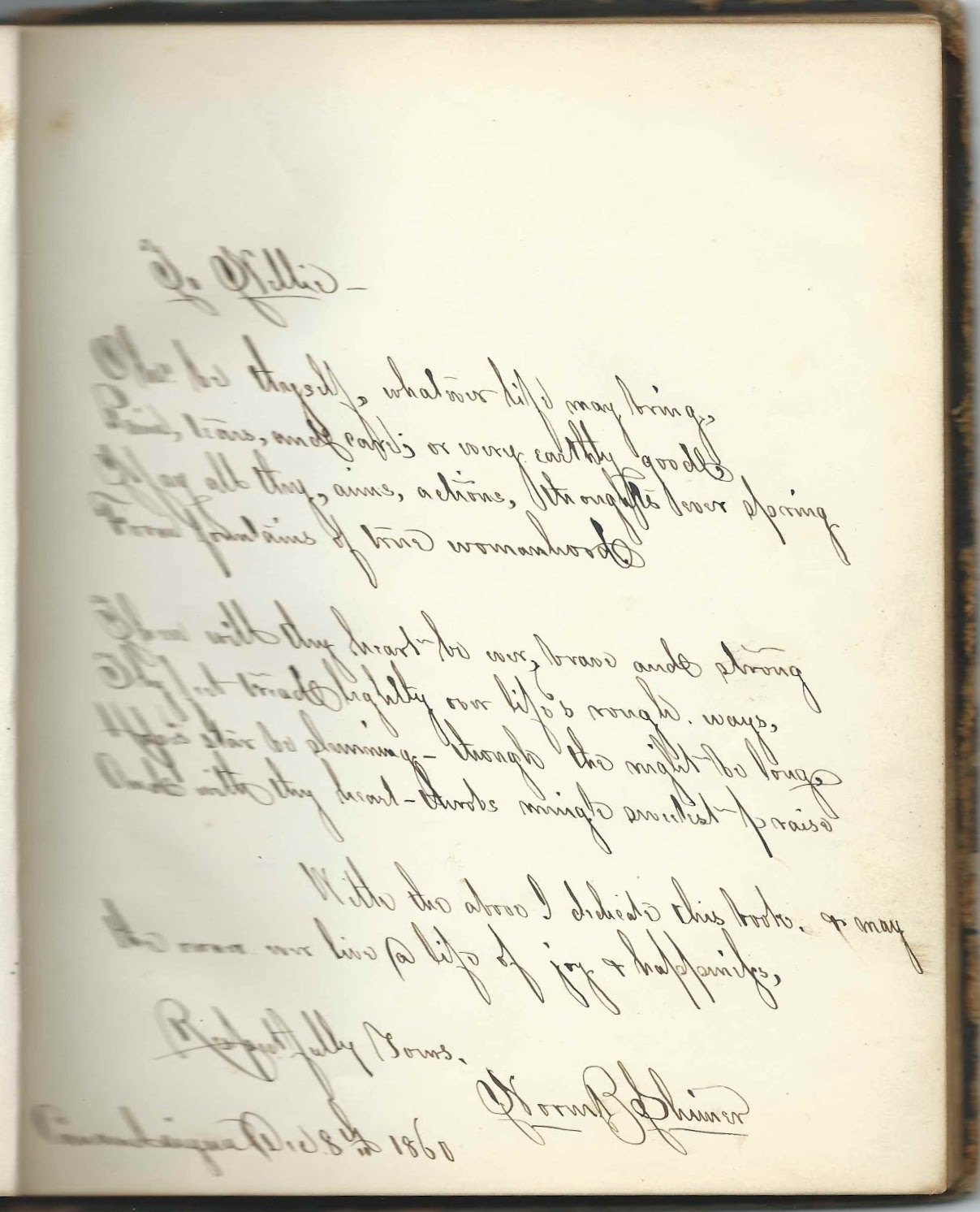 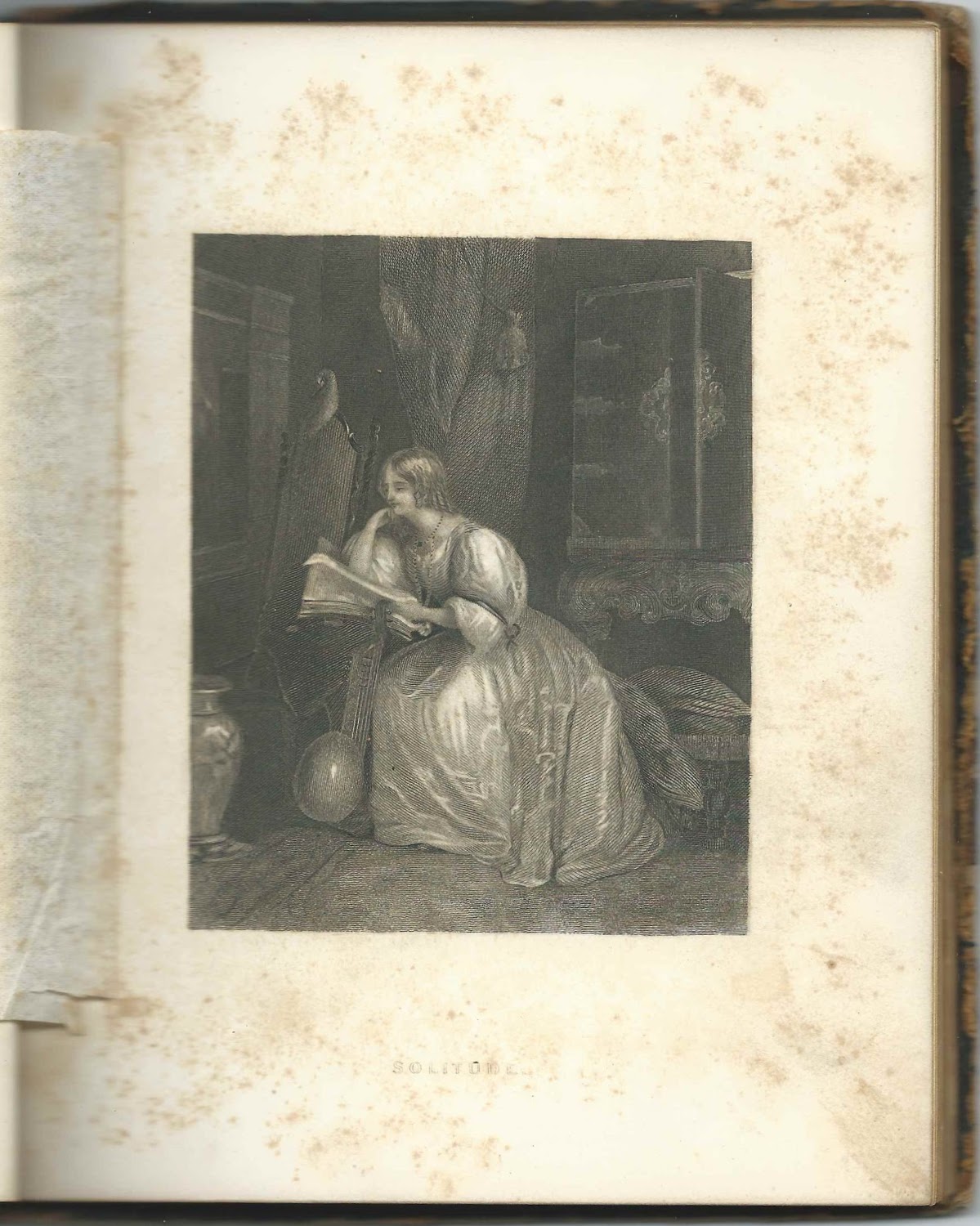 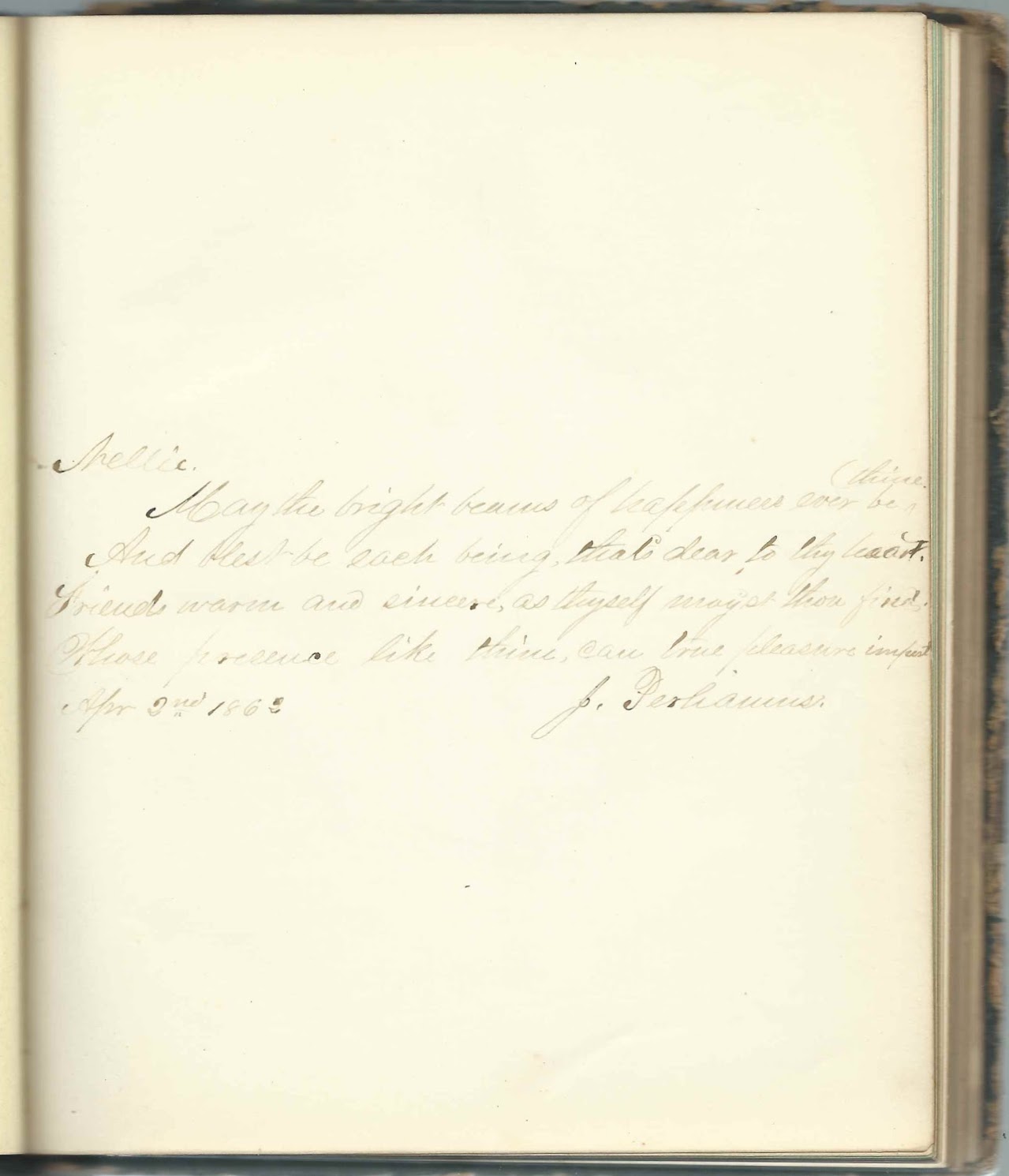 Nell L. Cleveland, signed on December 23, 1867.  She was married to Charles A. Siegfried at the home of Hollister N. Grimes at Canandaigua, New York, on April 27, 1877, according to a notice here.  Nell was living with Hollister and Ella at the time of the 1870 Census of Canandaigua. 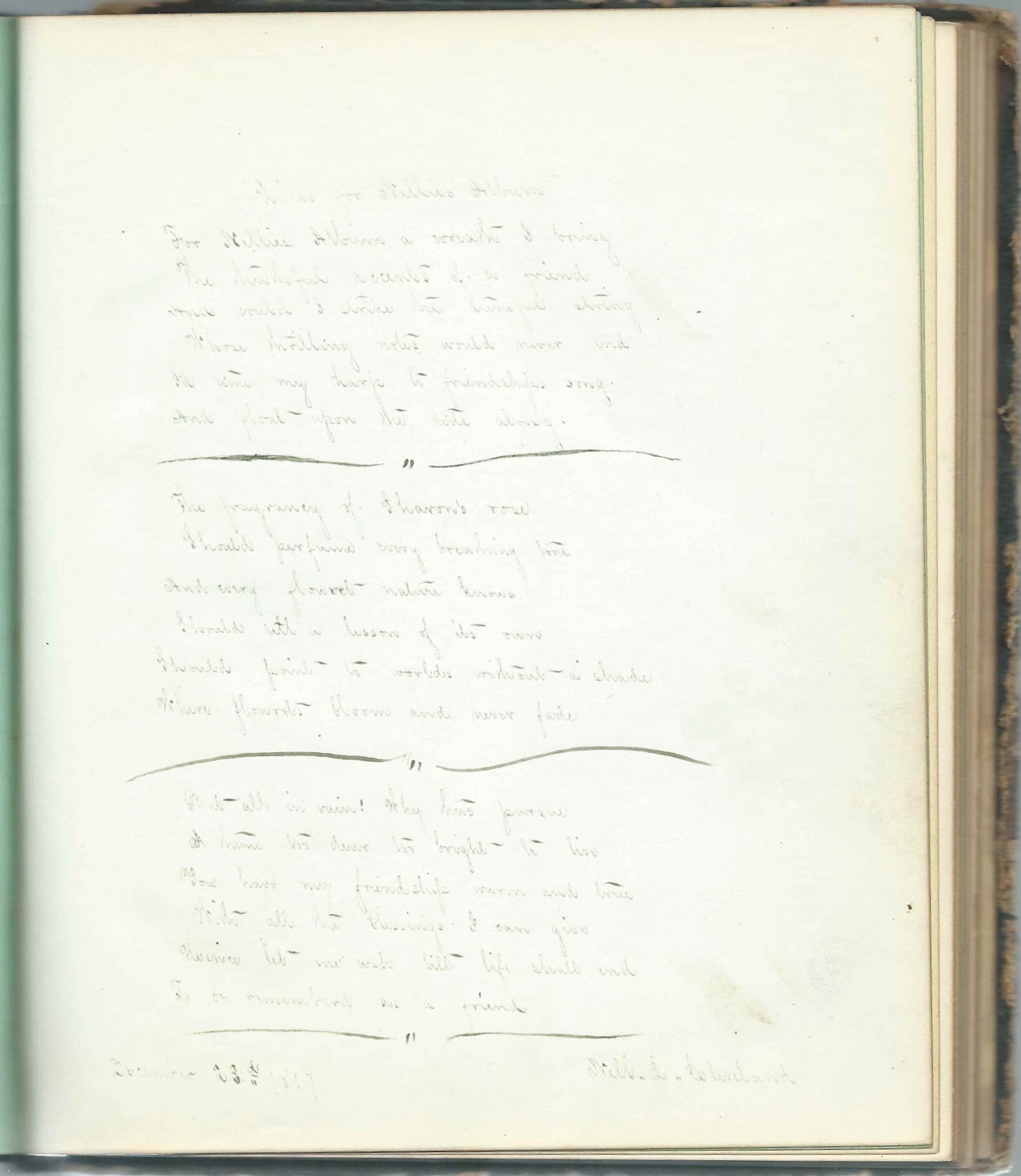 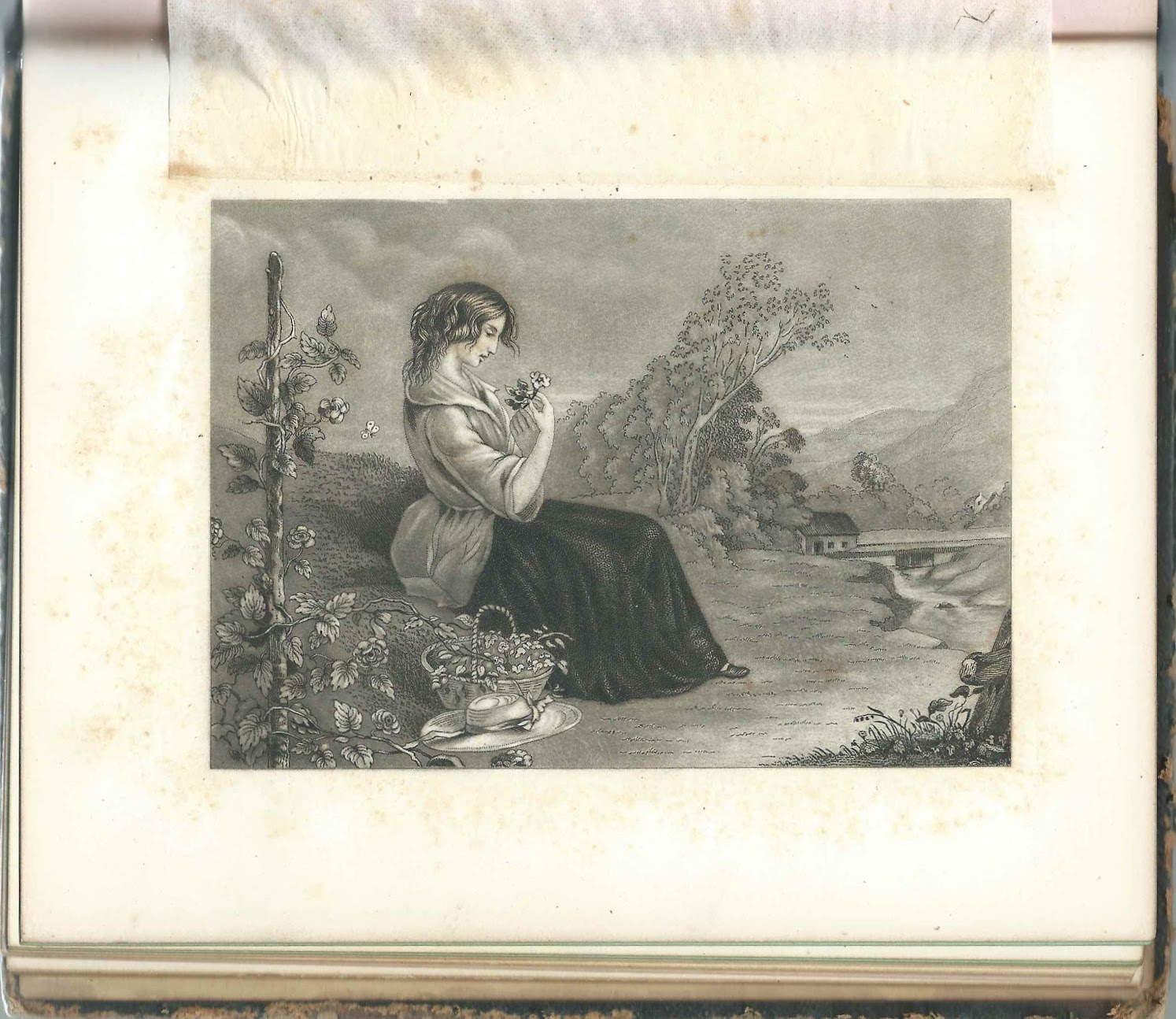 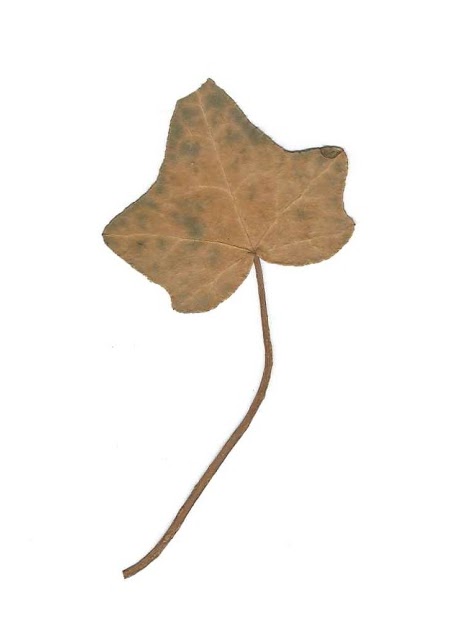 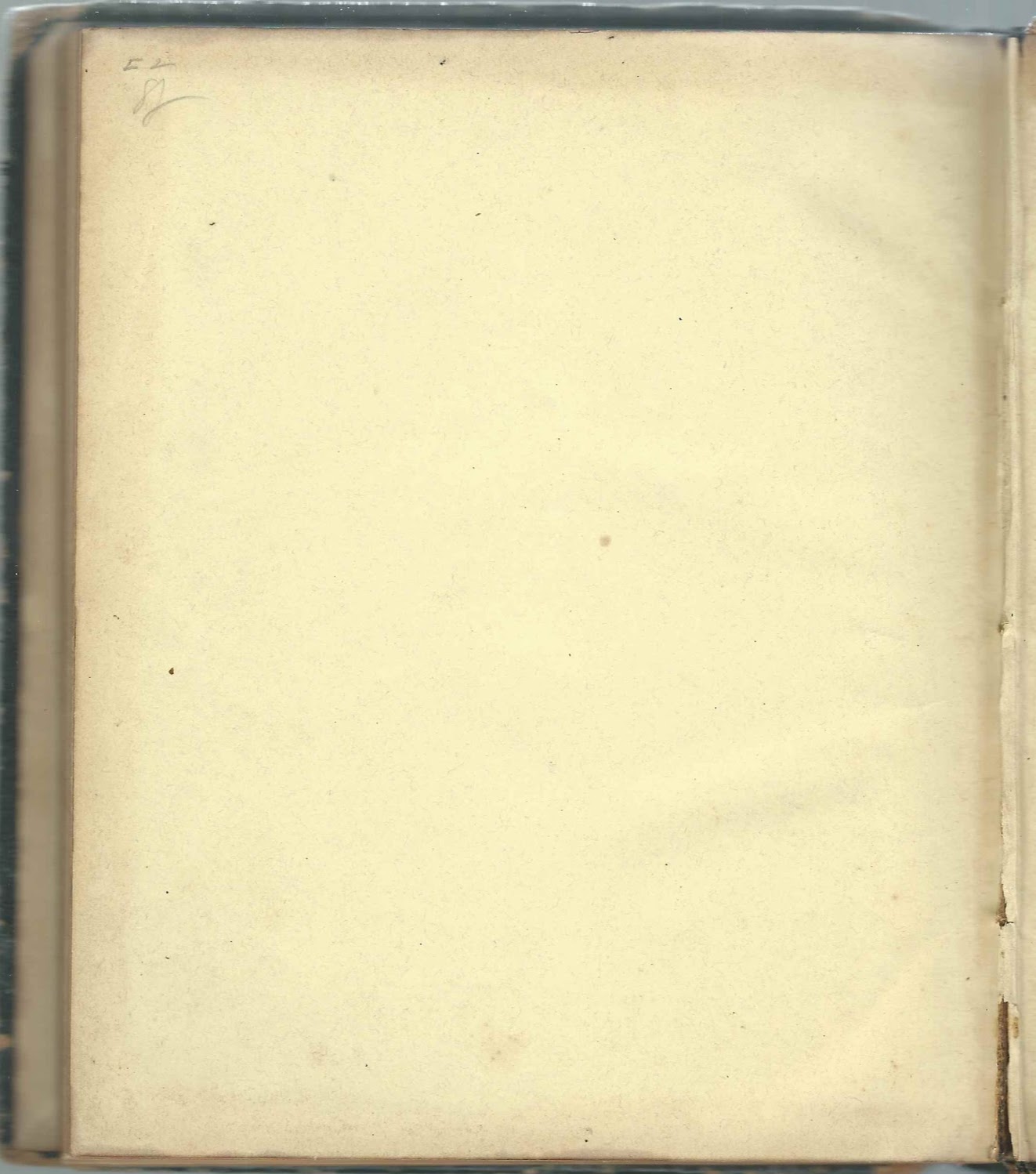 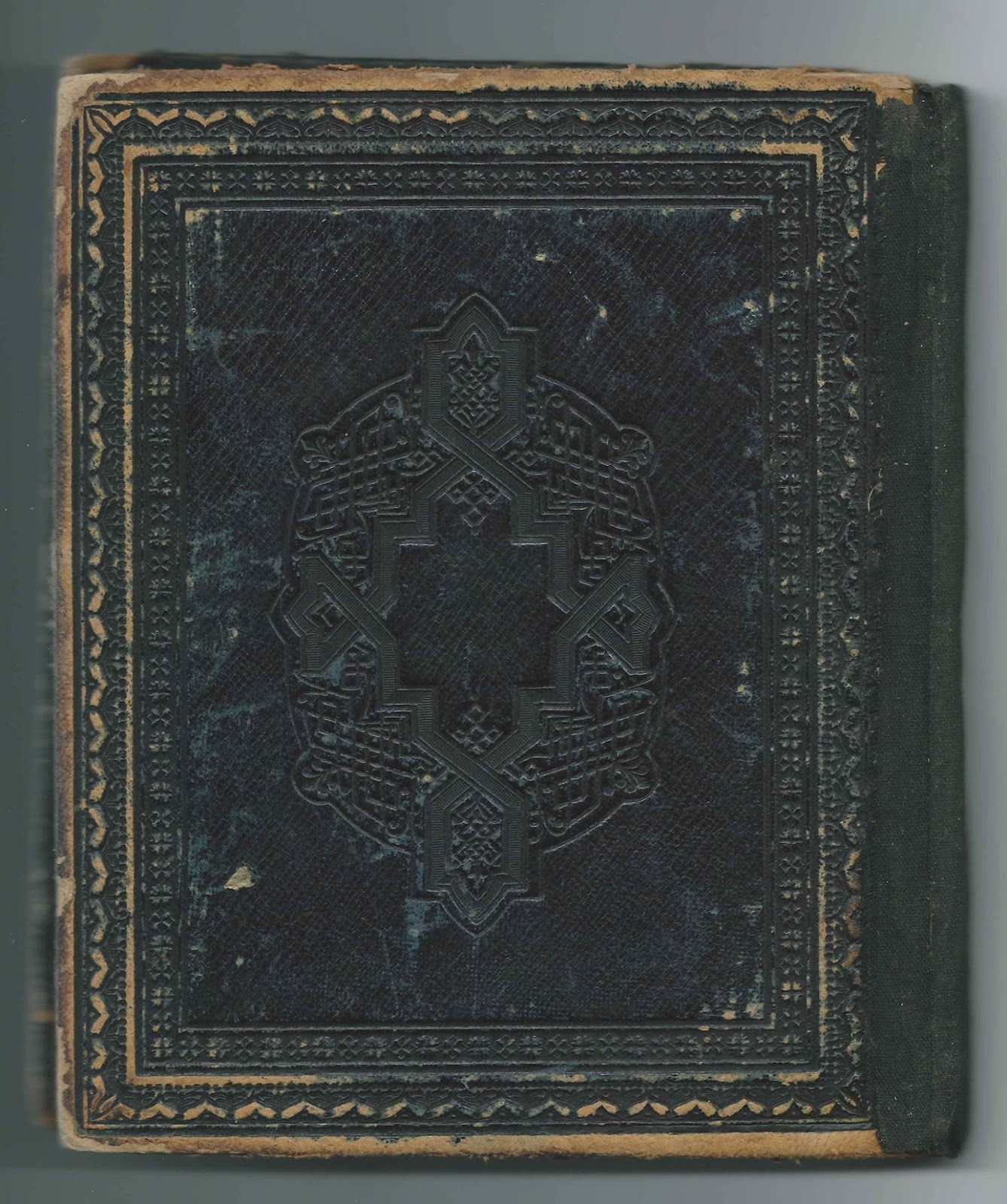