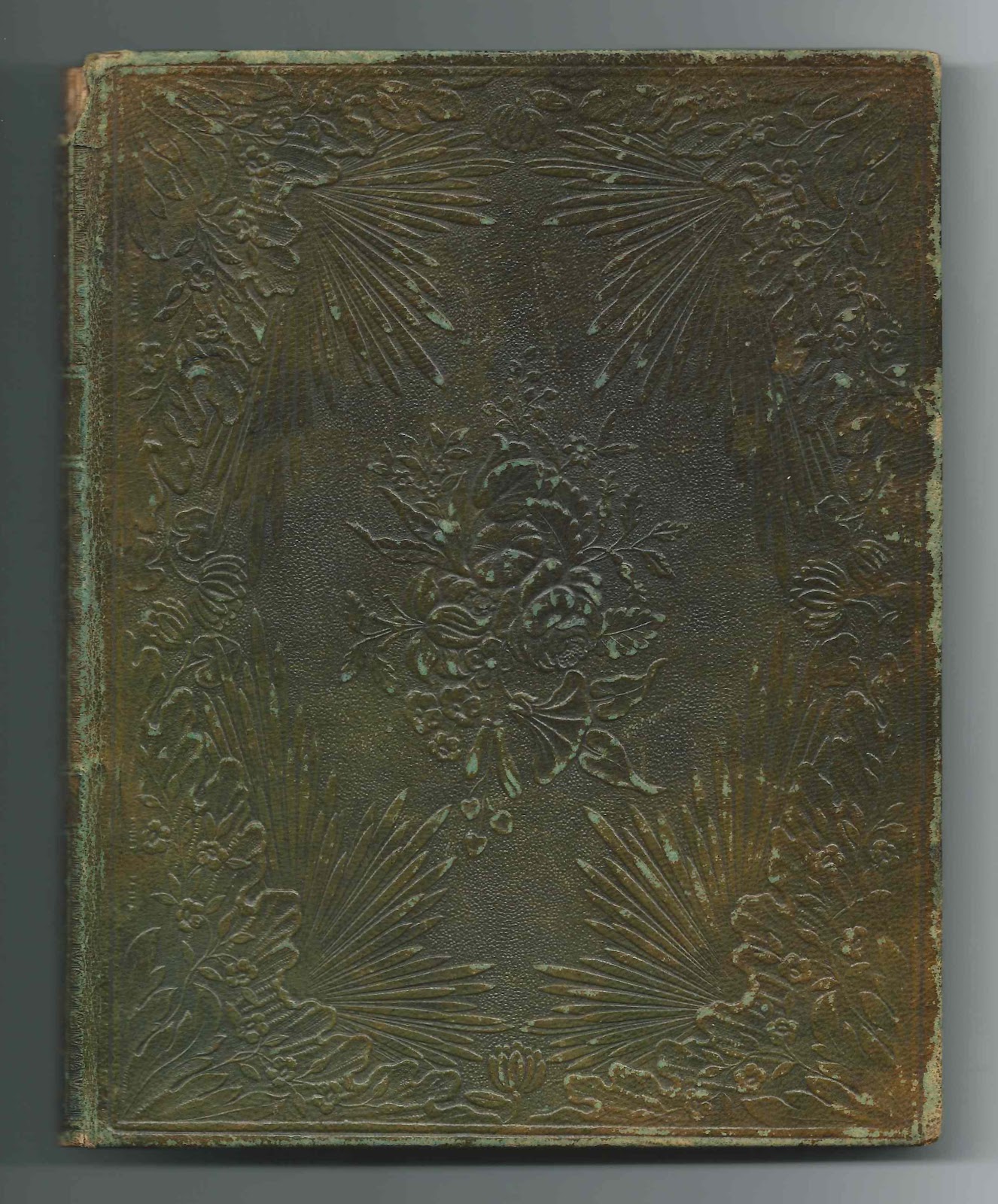 1852-1856 autograph album that belonged to a Hattie, who may have lived at Hanover, New Hampshire, where the majority of well wishers inscribed their pages.

She may have been Hattie Hubbard.  The first page in the album was inscribed at Hanover, New Hampshire, on August 23, 1852, by B. Silliman, Sr.  He was presumably professor Benjamin Silliman, Sr., of Yale College, whose daughter, Faith Wadsworth Silliman, married her father's assistant, Oliver Payson Hubbard, who became a professor at Dartmouth College at Hanover, New Hampshire.  The couple had at least two daughters, Harriet Trumbull Hubbard, born about 1838, and Henrietta Whitney Hubbard, born about 1840. 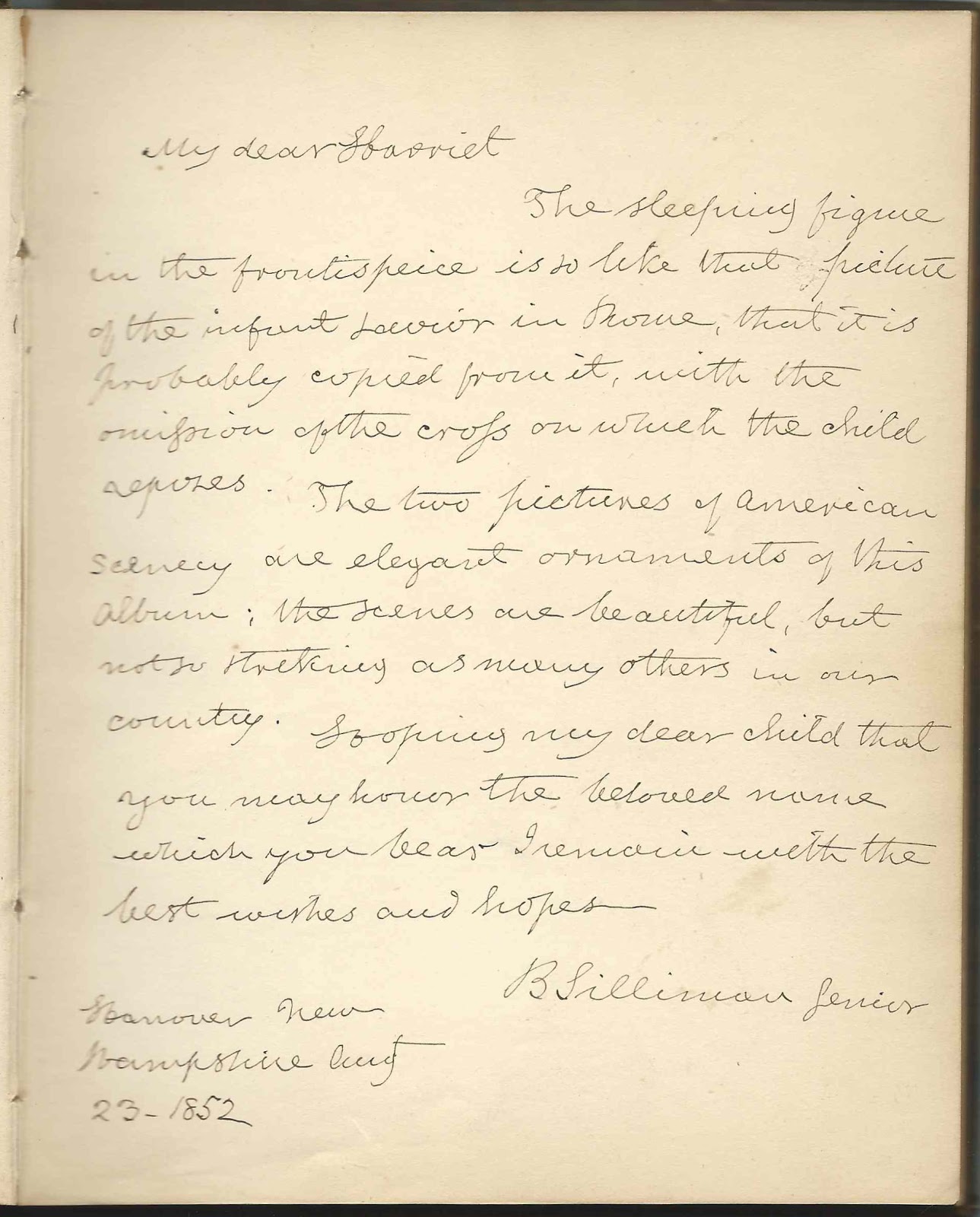 The album measures approximately 7-3/4" x 6-1/4" and contains the sentiments of 37 of Hattie's friends.  An alphabetical surname list and an alphabetical list of the signers, together with any personal information they offered, appear at the end of this post.

The album is a fancy one, published by J. C. Riker of New York, with engravings scattered throughout. 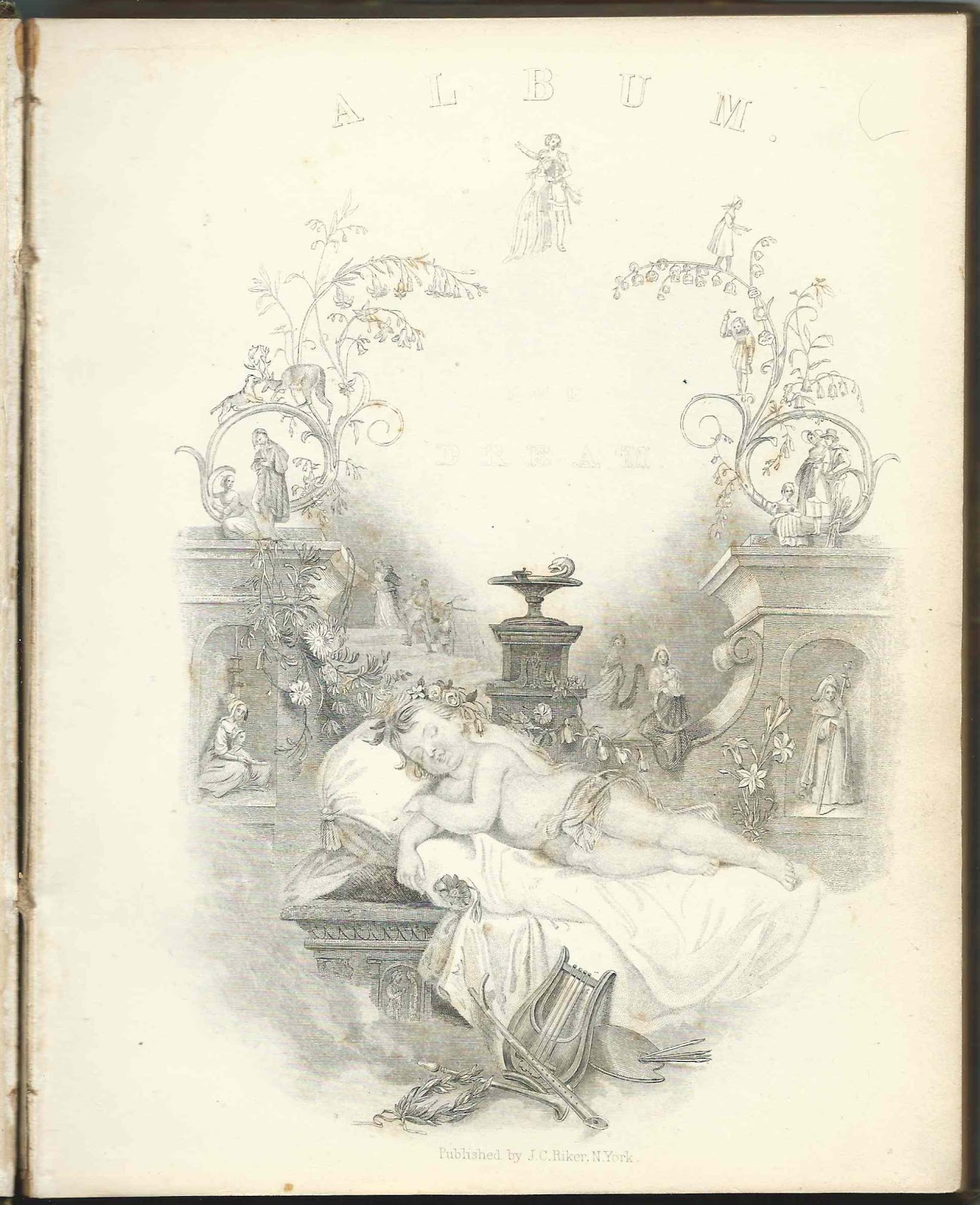 Several people with the surname Stowe signed pages in the album, including an H. B. Stowe, who may have been Harriet Beecher Stowe. 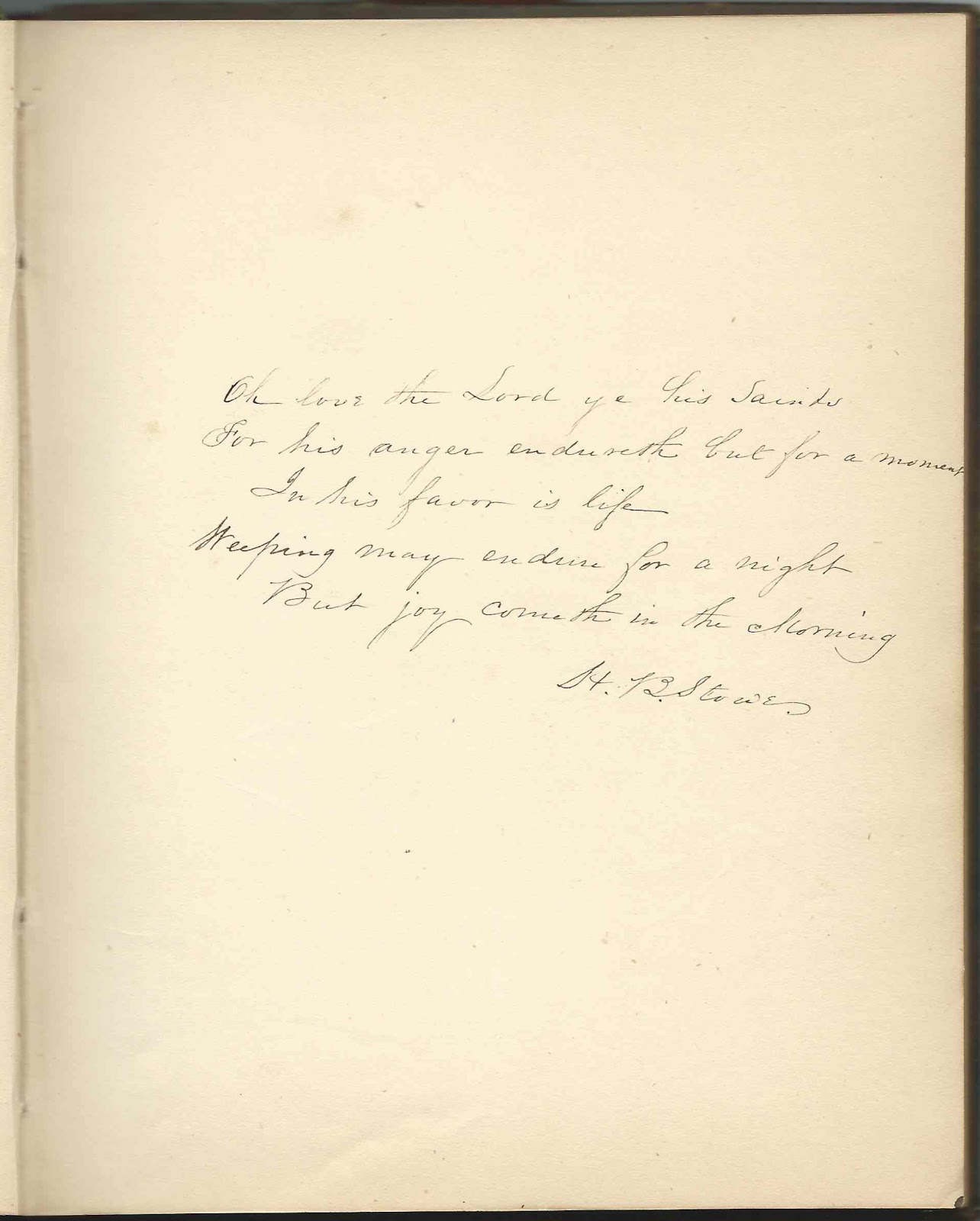 Her signature does resemble the authenticated signature below.  Alternatively [thanks to a reader - see comments], this could be the autograph of Harriet (Beecher) Stowe's daughter Harriet Beecher Stowe, born in 1836.

Abby A. Judson inscribed a page at Hanover, New Hampshire, on October 1, 1855.  She was presumably the Abby A. Judson who was the daughter of Adoniram Judson, missionary to Burma, and his second wife Sarah (Hall) Judson.  Abby became a noted spiritualist. 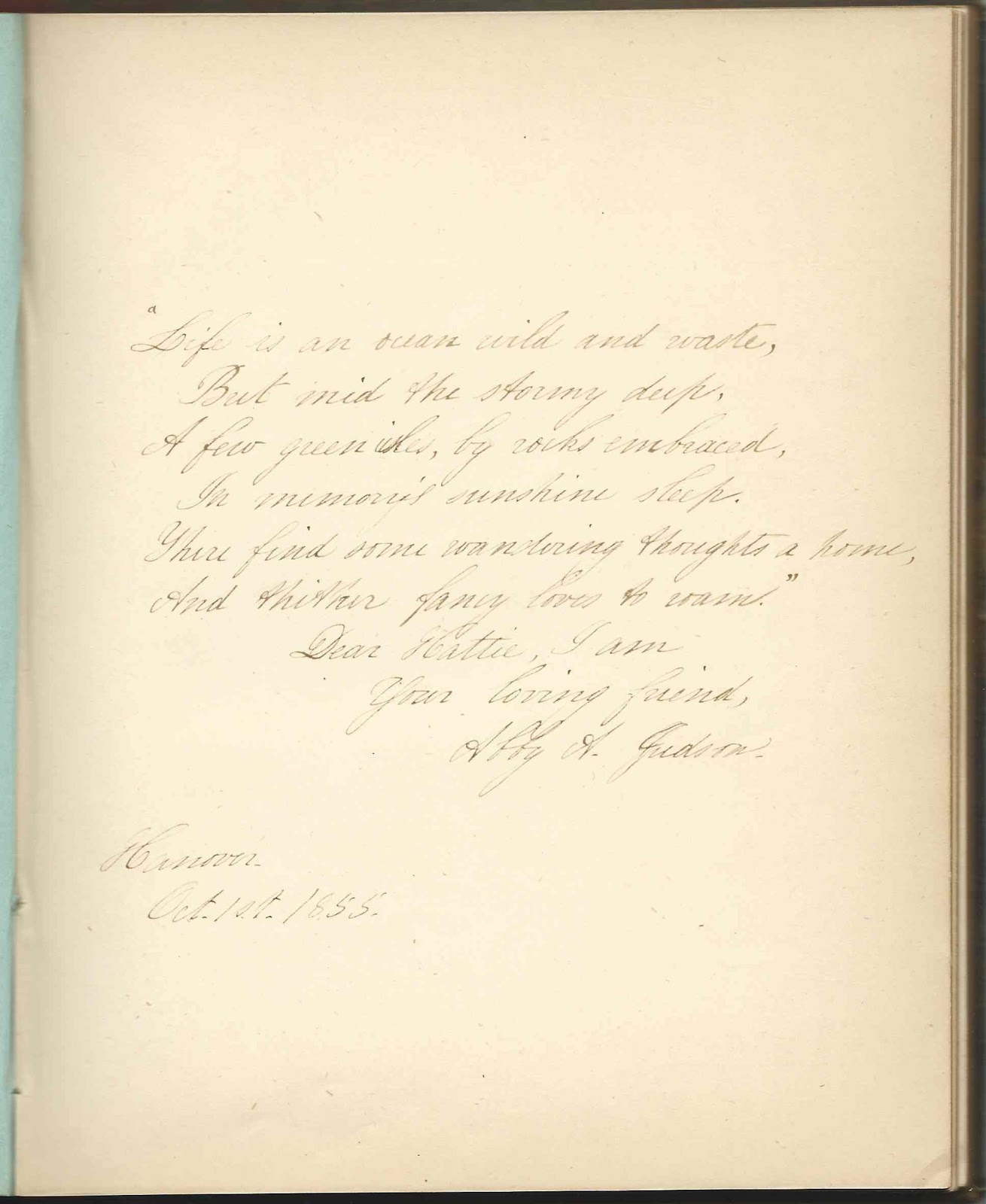 If you have a theory as to Hattie's identity based on the list of signers, or if you have information on any of the signers listed below, please leave a comment or contact me directly.  Thanks! 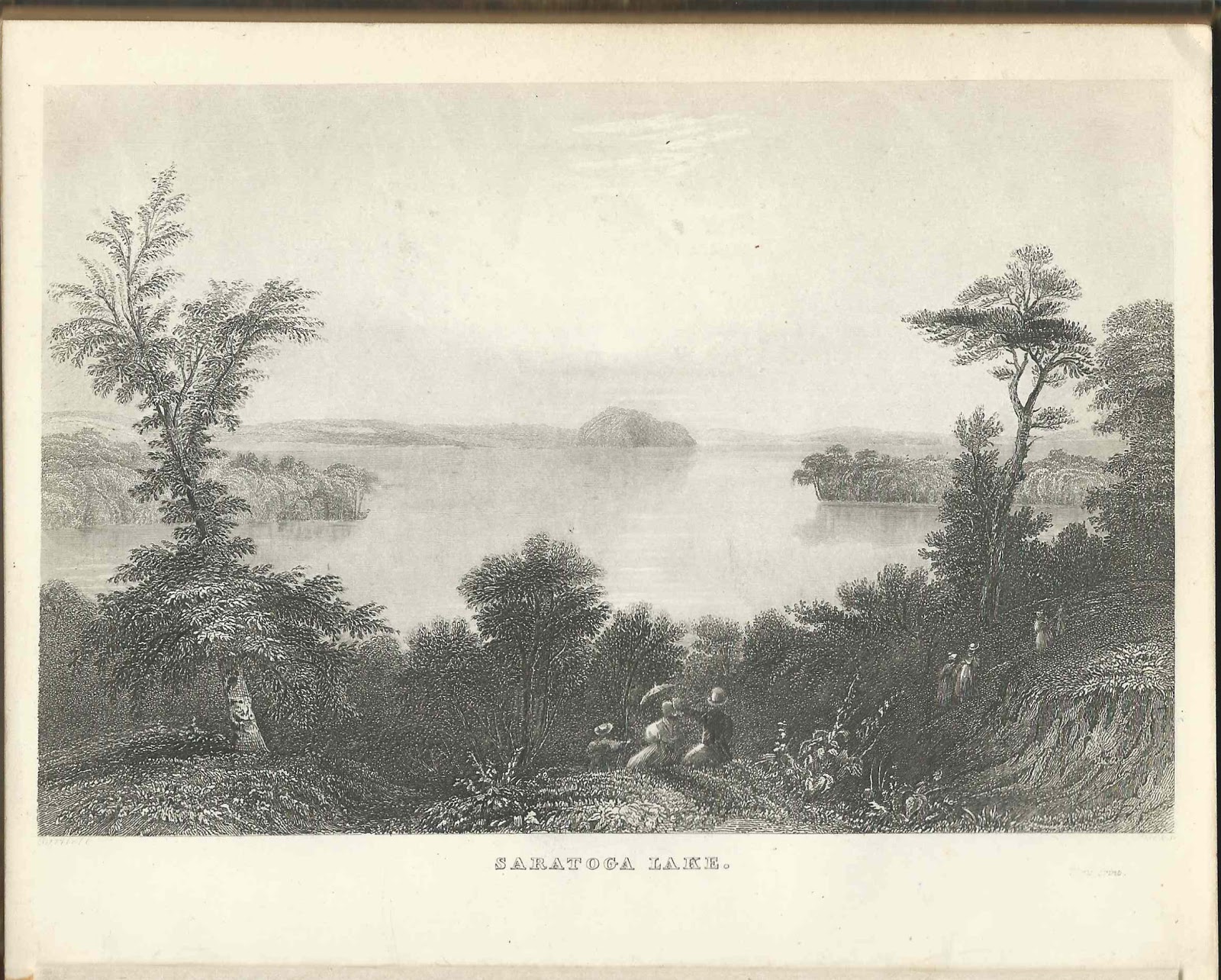 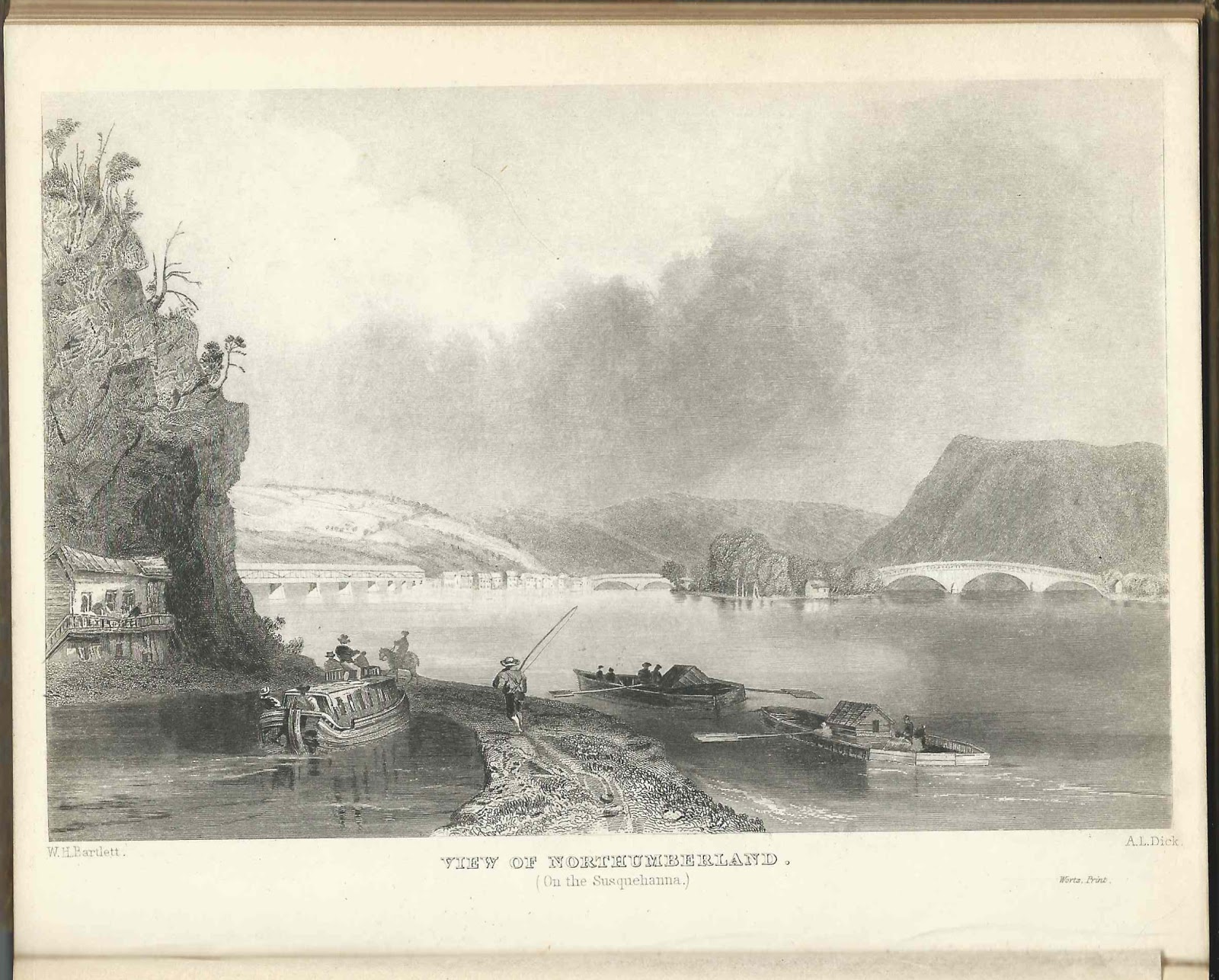