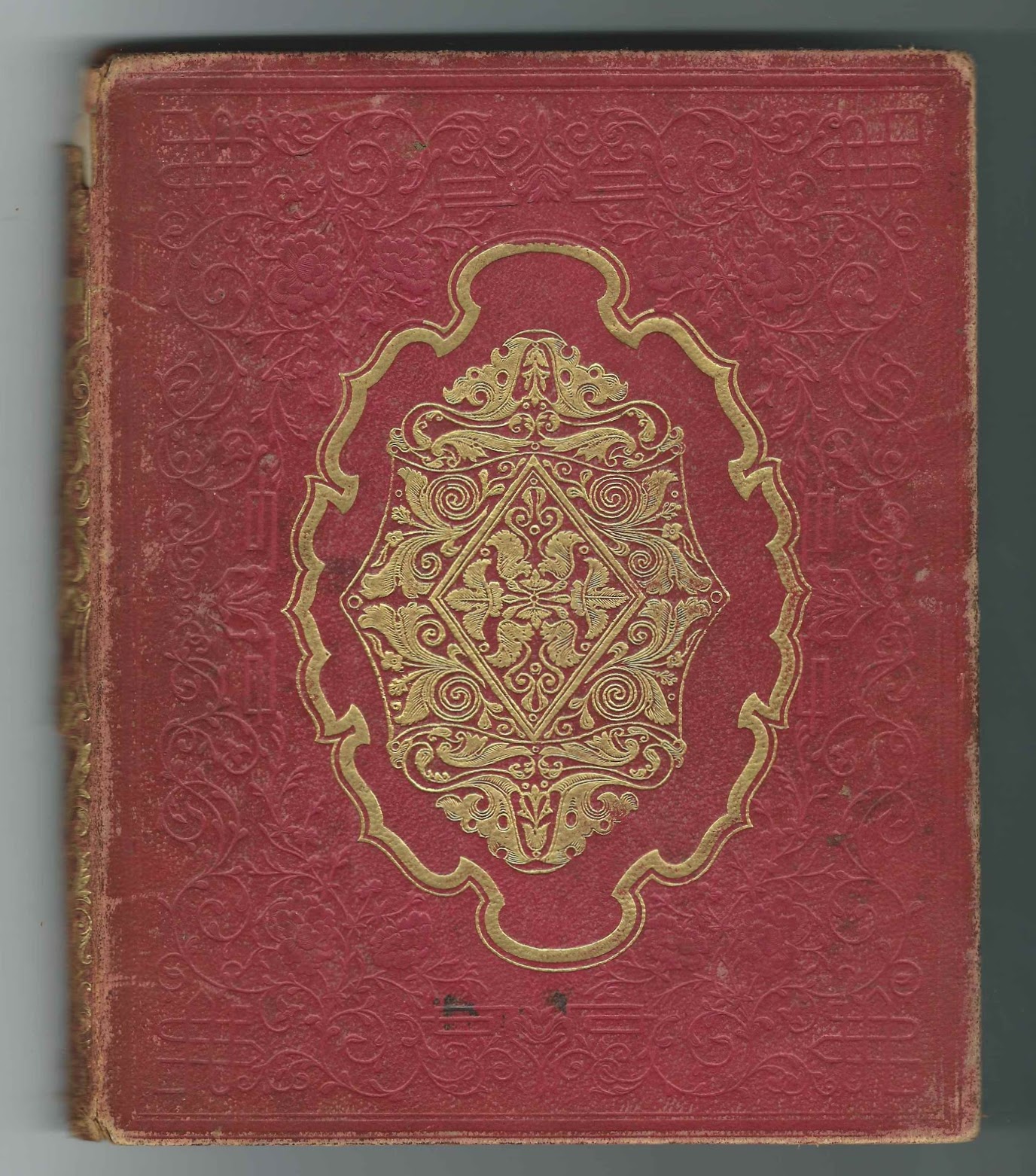 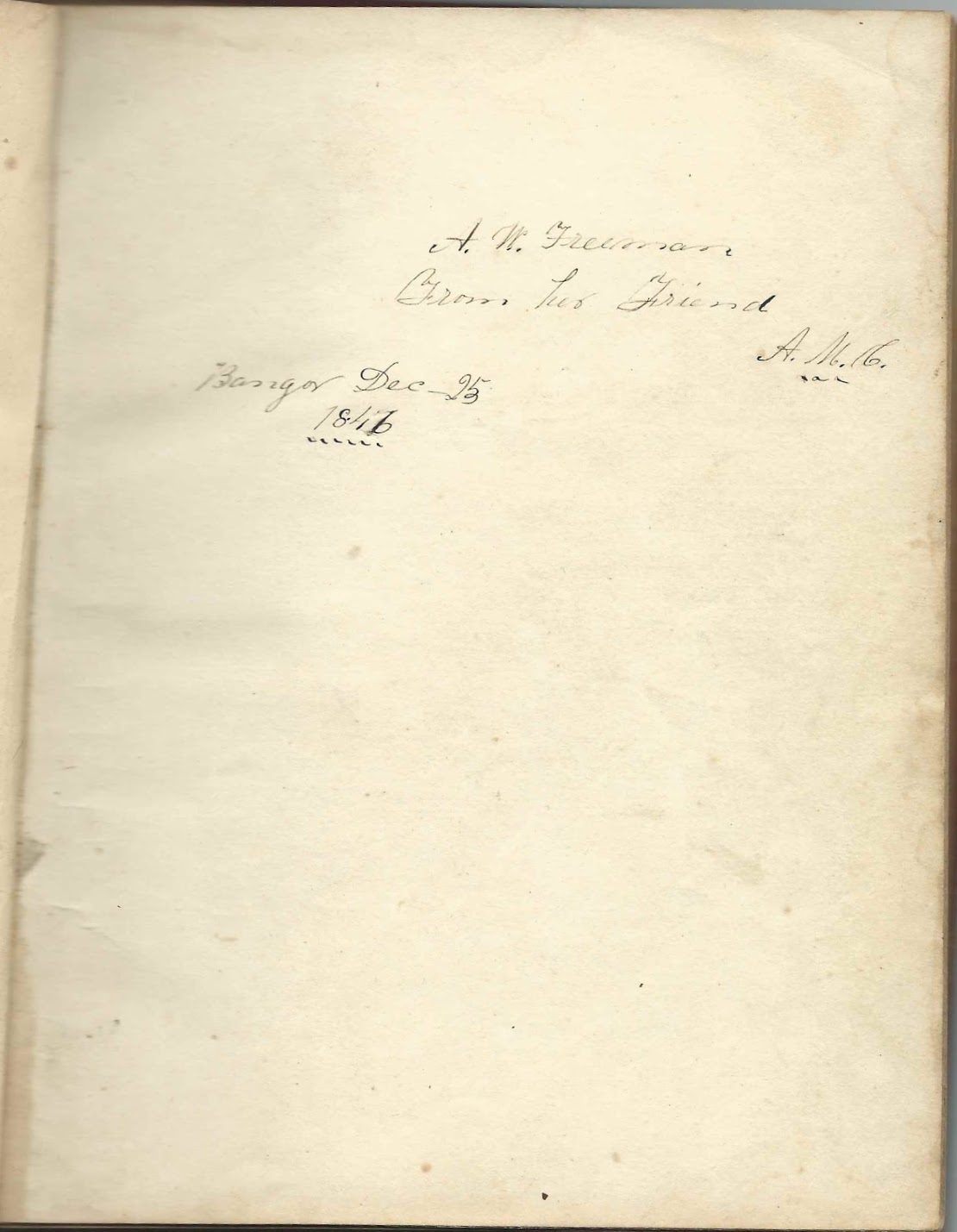 A. M. C. may have been the A. M. Chandler who signed the first page after the title page.  I had to rule out Adeline Matilda (Price) Chandler, wife of James Nelson Chandler of Bangor, Maine, as they didn't marry until 1854. 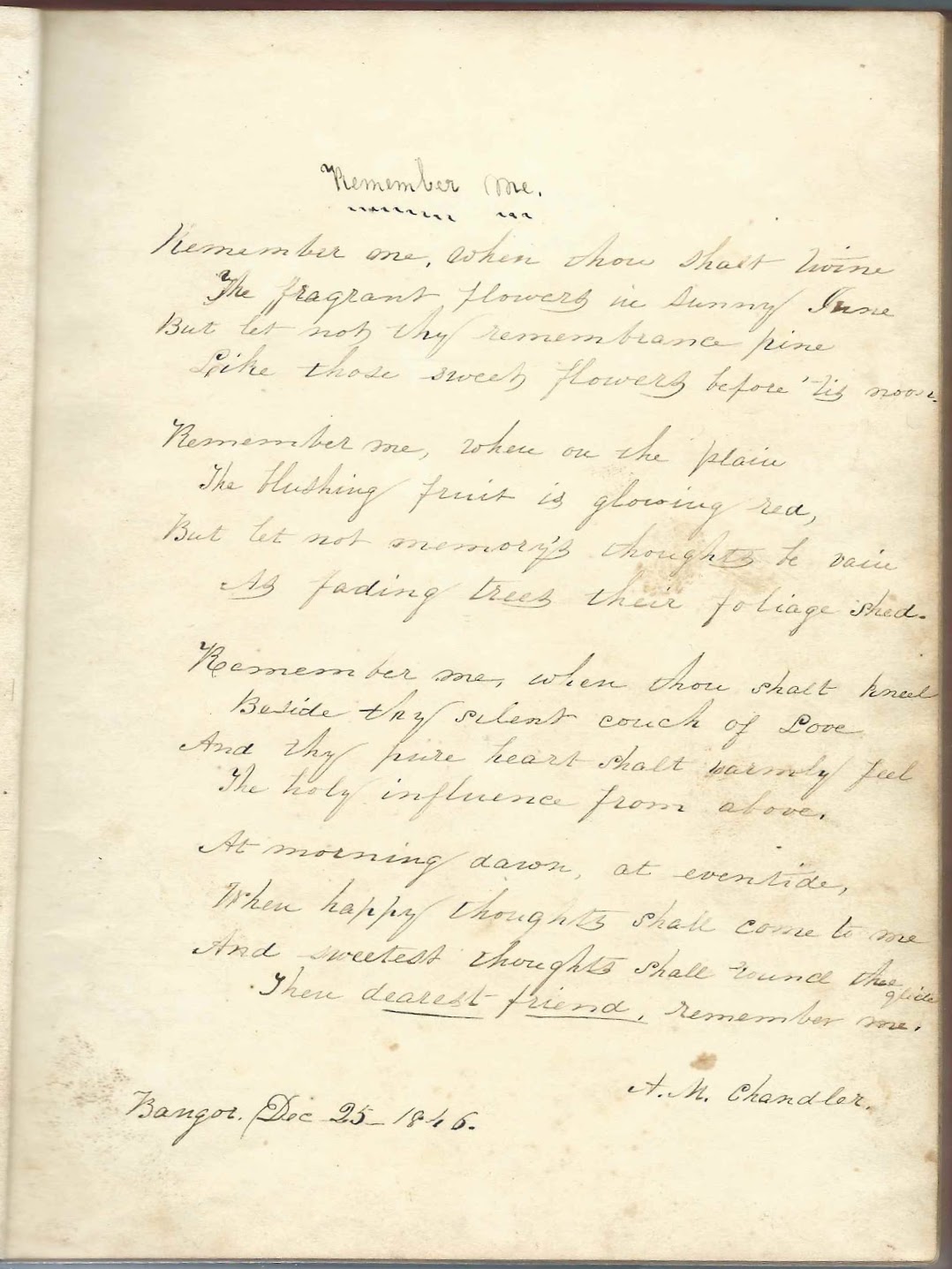 The album measures approximately 7-1/2" x 6" and contains the sentiments of over thirty people, most of whom, frustratingly, didn't give their full names.  An alphabetical surname list and an alphabetical list of the signers, together with any personal information they forwarded, appear at the end of this post.  The album was published by J. C. Riker of New York and has several engravings interspersed throughout. 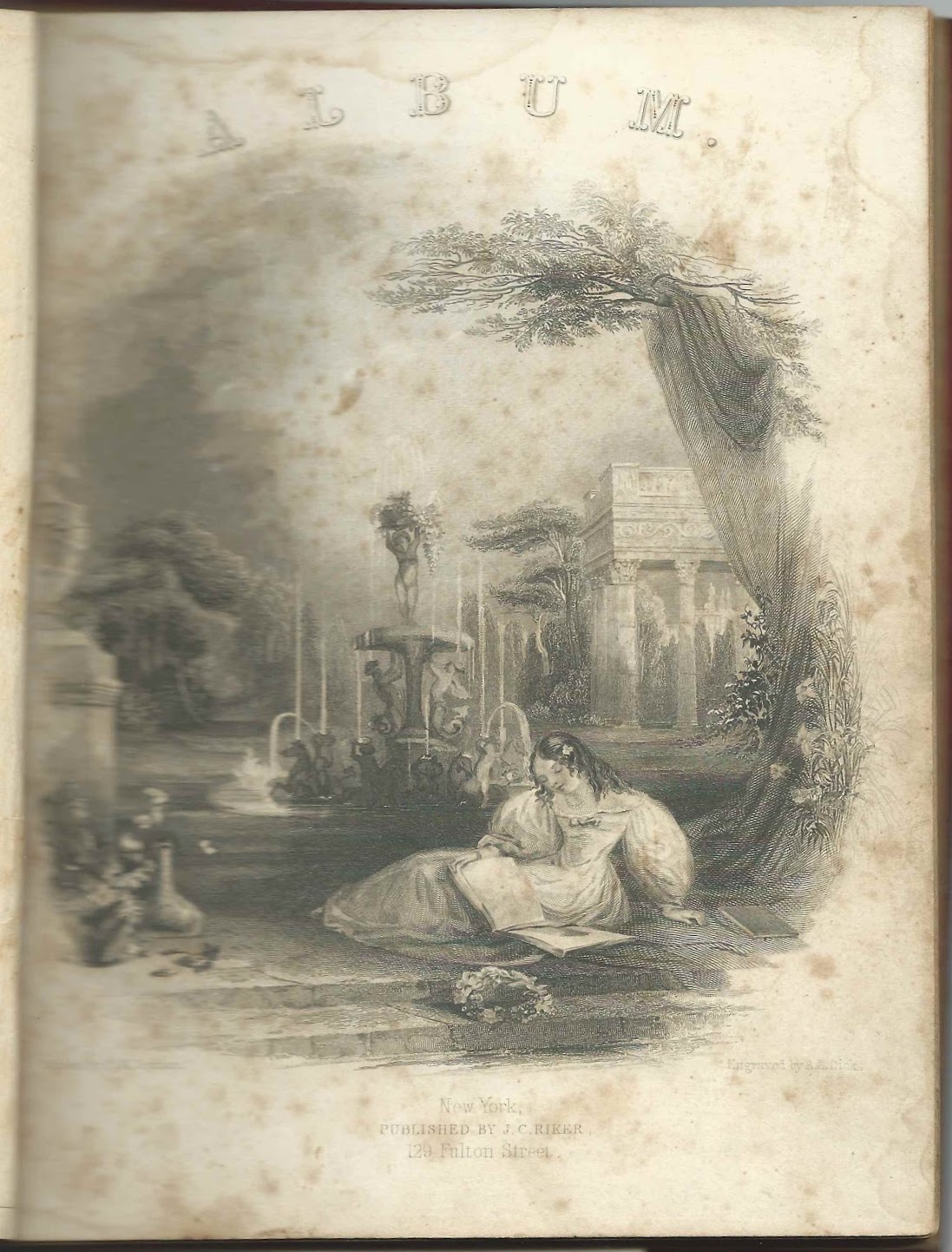 The album has a letter tucked inside.  It was addressed to Miss A. W. Freeman and written by Rev. Samuel Lunt Caldwell, then of Bangor, Maine, and, later, president of Vassar College, who was belatedly responding to Adalaide's request that he dedicate her album. 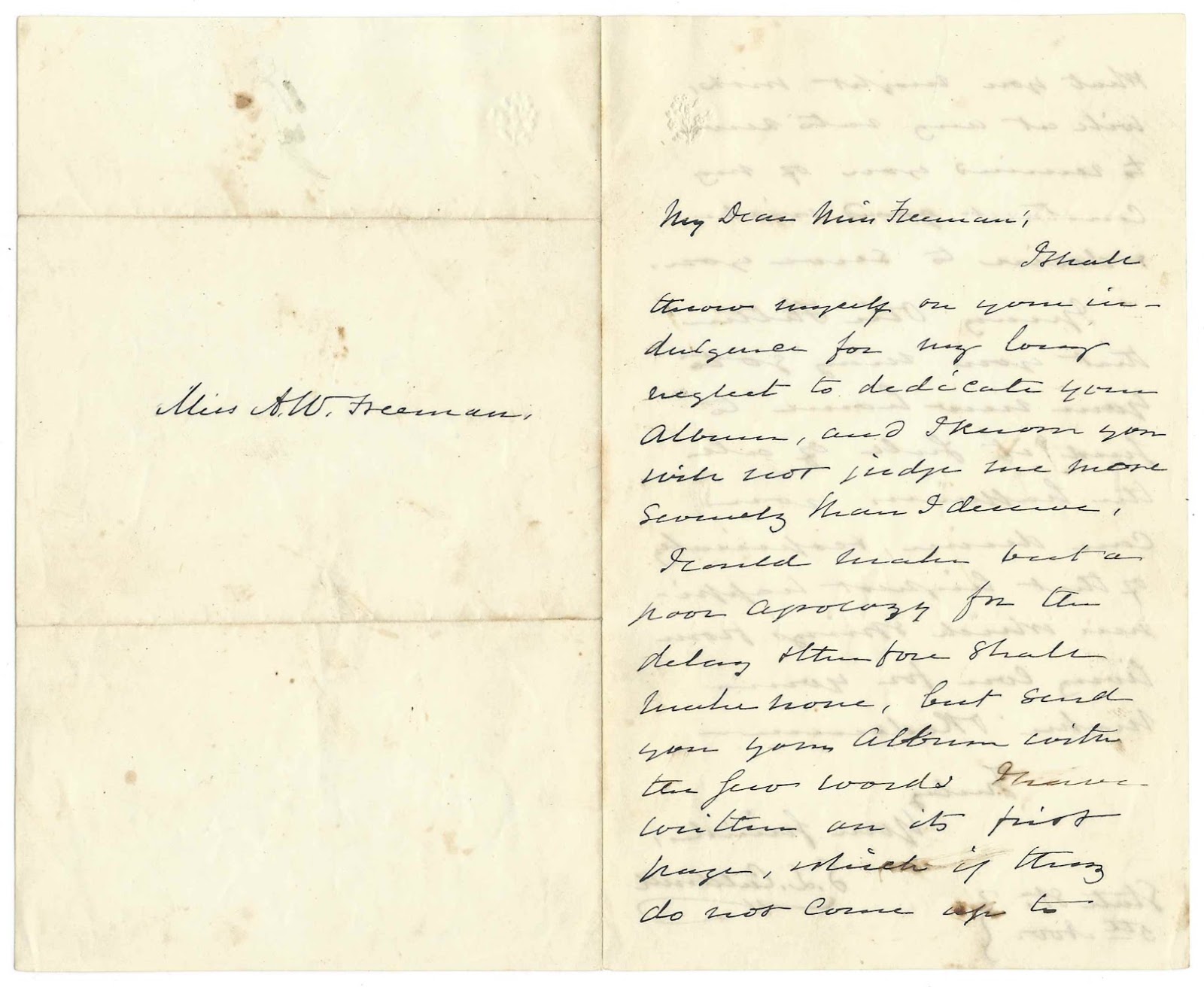 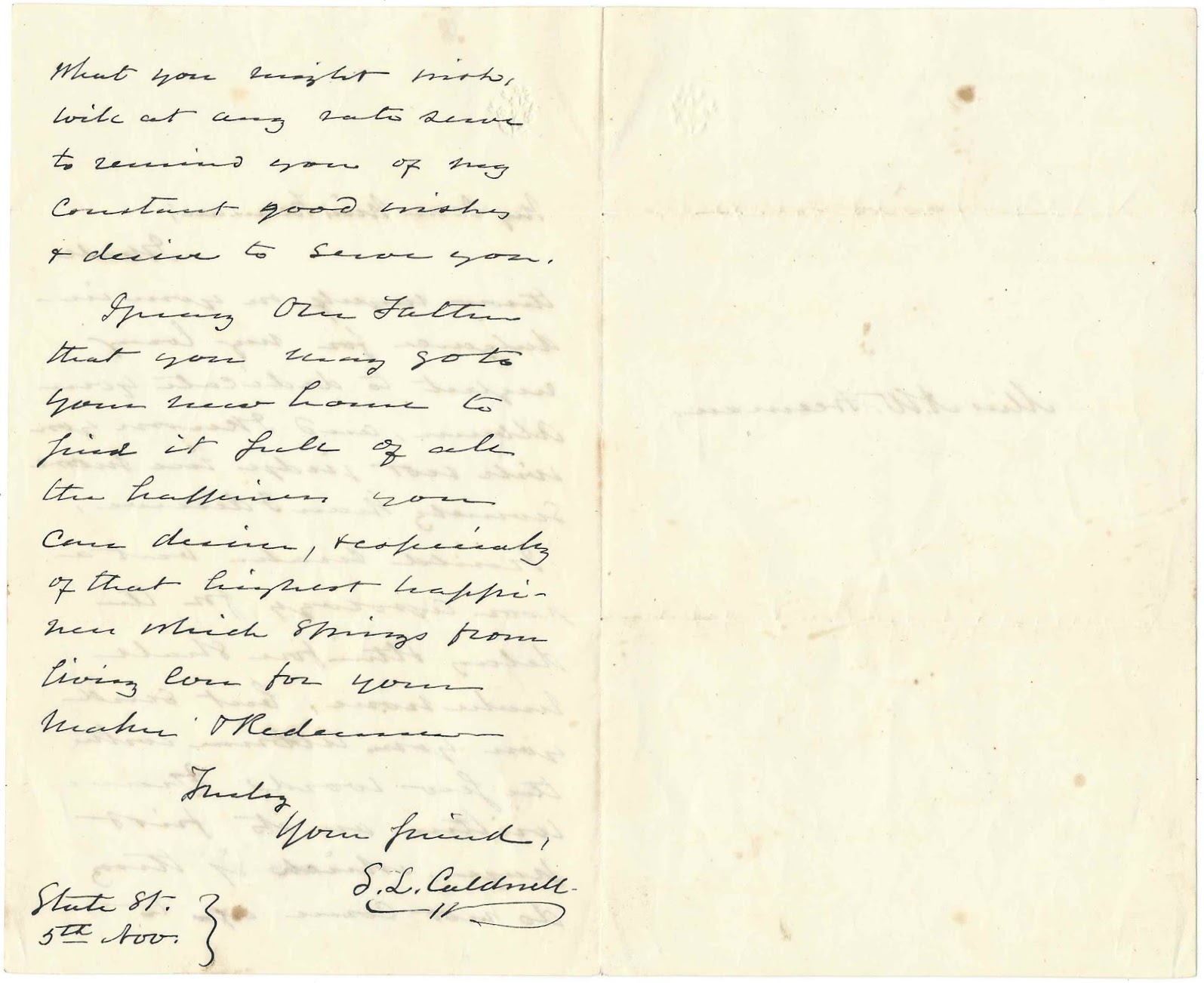 In the 1850 Census of Bangor, Maine, an Adalaide W. Freeman was living in the household of William Henry Vinton, his wife Sarah Ward (Goodhue) Vinton and their children, one of whom would grow up to be the noted artist Frederic Porter Vinton.  Adalaide was given a birth date and place as about 1831 in Maine.  Another woman in the household was a Jane Porter, born about 1815 in New Hampshire.

Interestingly, I believe it was this Adalaide W. Freeman who married James C. Porter on November 12, 1850 at Bangor, Maine.  James was born in New Hampshire, perhaps at Bath, about 1821.  Was he related to Jane Porter?  Is there a connection to Frederick Porter Vinton's middle name?

The album contains a page signed by a J. C. P. and a J. P.  It stands to reason that James C. Porter was in Bangor, Maine during the time the album's sentiments were being acquired.  Below, the two page sentiment that J. C. P. inscribed at Bangor, Maine, on April 15, 1849.  Note that J. C. P. inscribed the page to "Adelaide", though signers called her Adalaide, and her nickname may have been Ada.  James and Adalaide would have a named Ada. 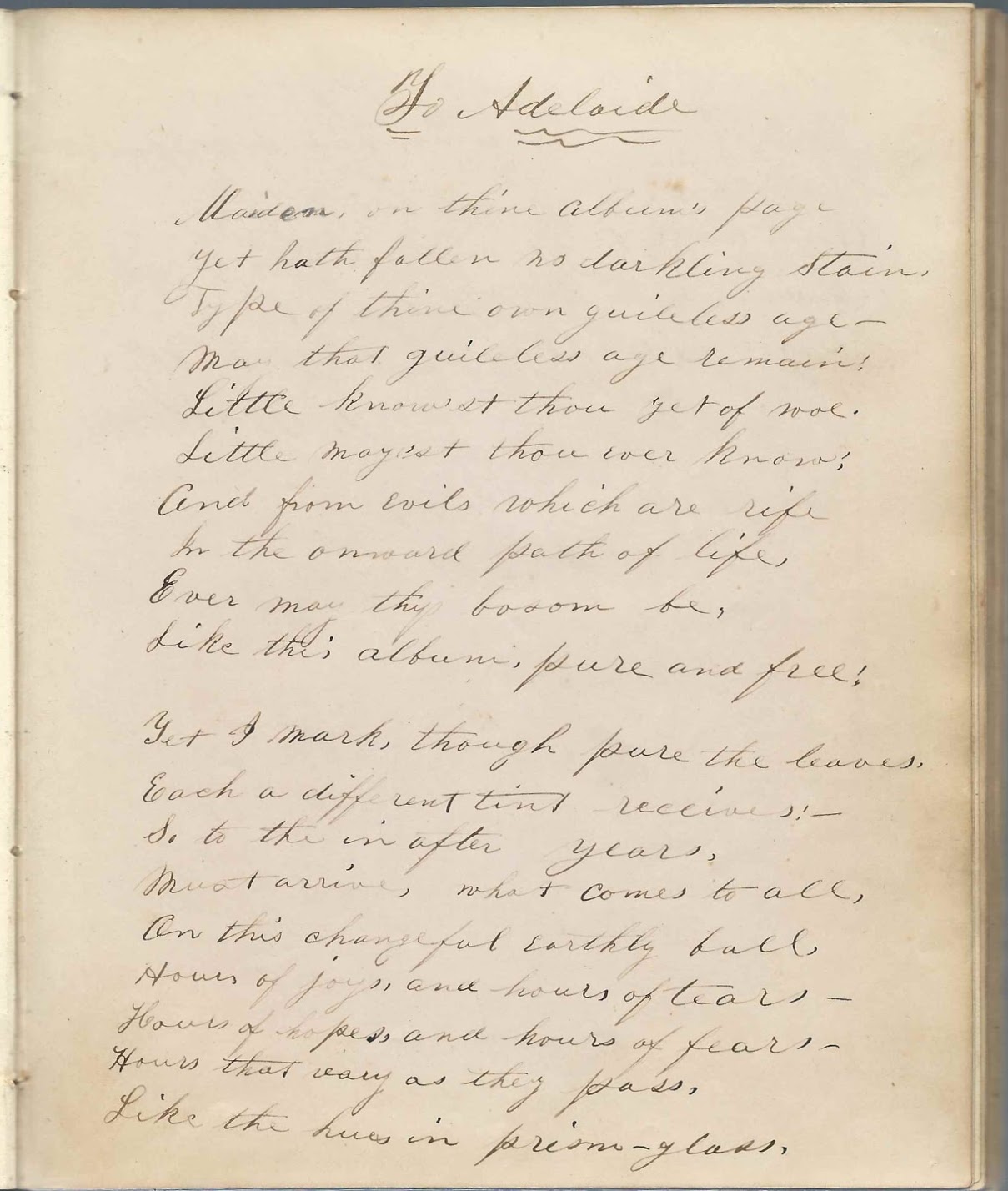 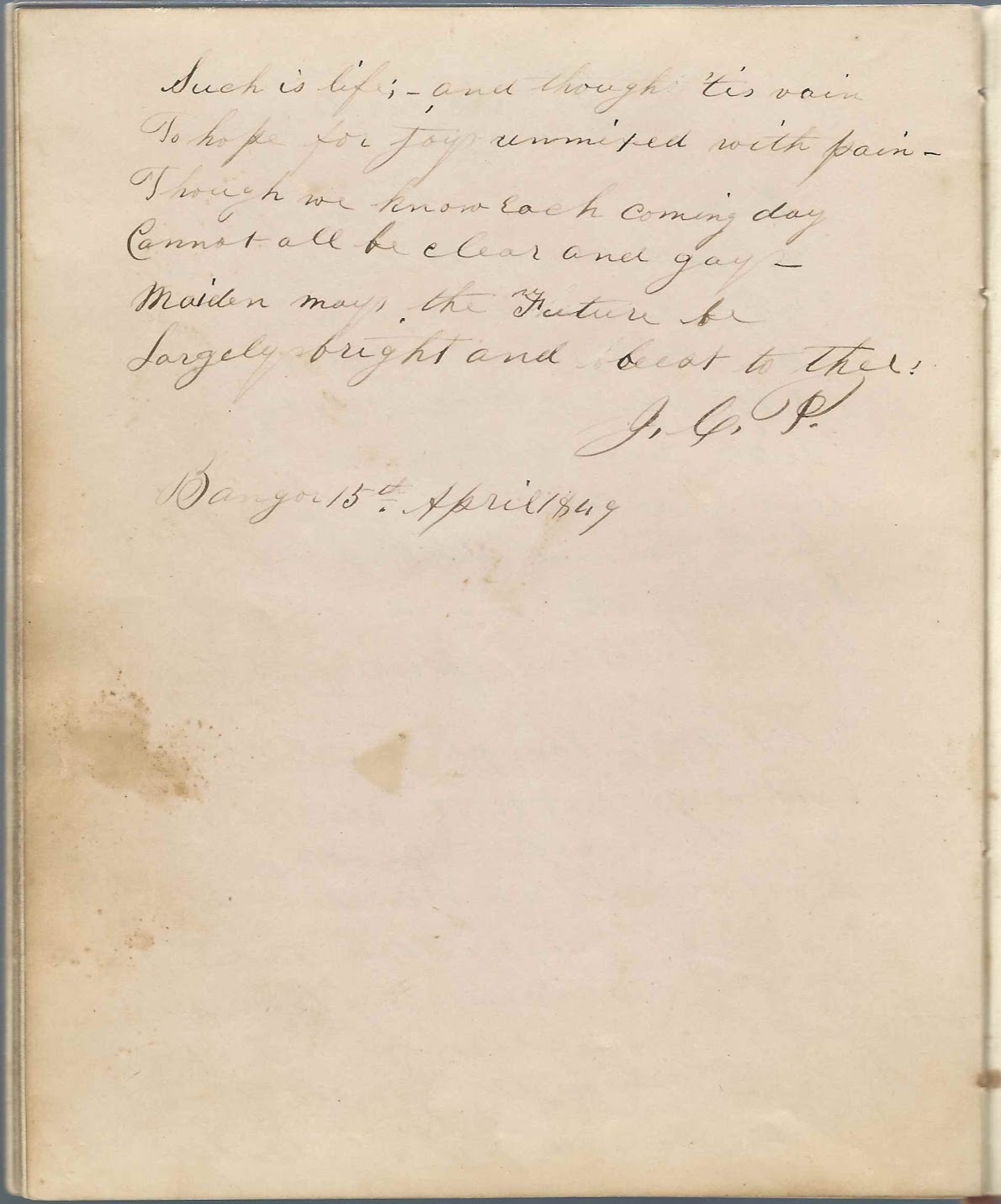 By 1860, Adalaide, James, two children, and a Jane B. Porter who may have been James' mother or other relative, were living at Bath, New Hampshire, where James was working as a tanner.  James was presumably the James C. Porter of Bath, New Hampshire, who appears in a Civil War Draft Registration Record for the New Hampshire counties of Cheshire, Sullivan, Grafton and Coos. Whether he served or not, I don't know.

By 1880, the family, by now with three children, was farming at Stowe, Vermont. 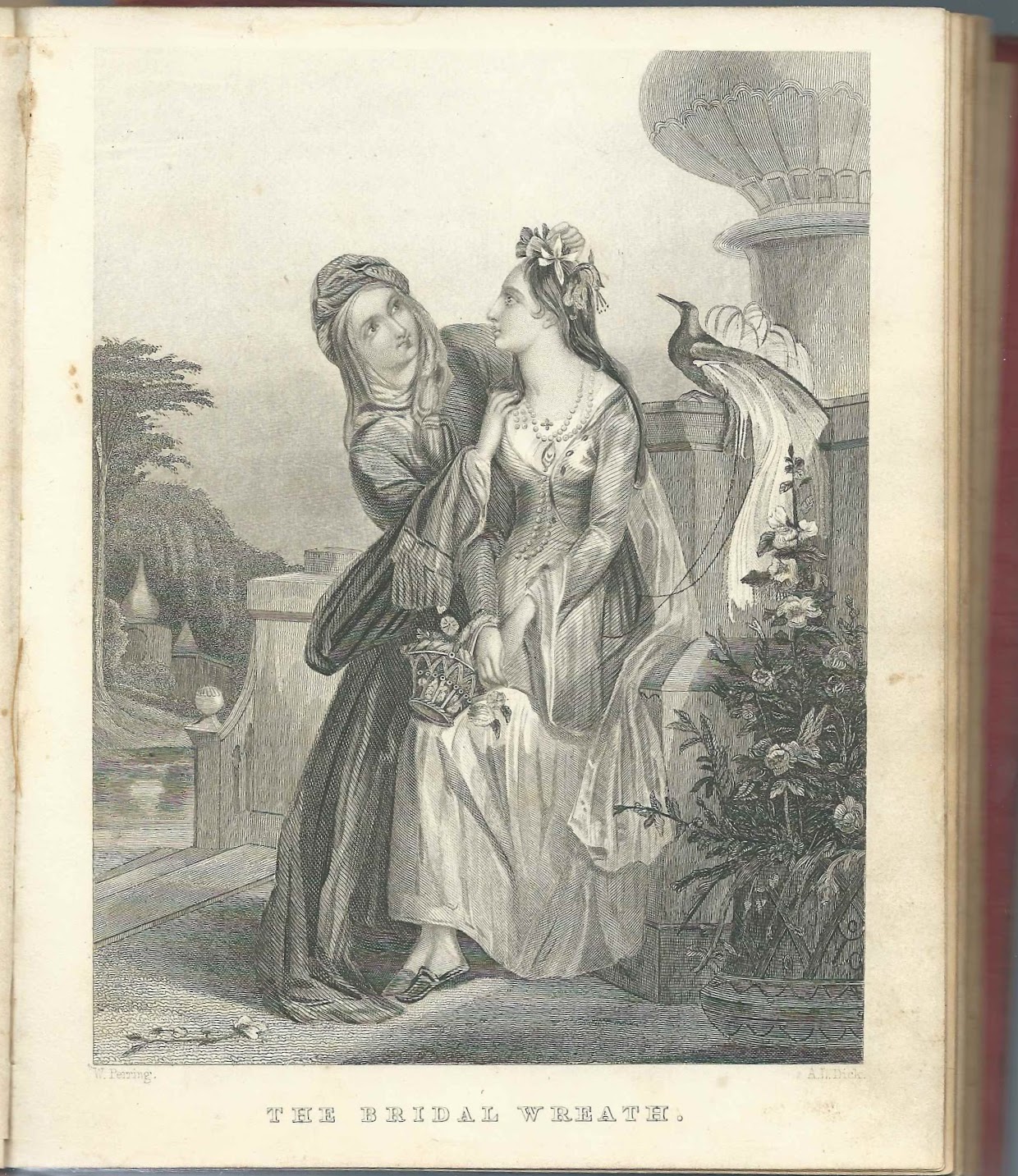 By 1870 and through 1880 at least, Luther C. Porter had become a flour manufacturer and landowner at Neenah, Wisconsin.

Gertrude Porter would have been born when Martha was about 50, which isn't impossible.  But it's also possible that Gertrude was adopted or even that she was actually the granddaughter of Luther and first wife, Genevieve (Alexander) Porter.  On the 1880 Census of Neenah, Wisconsin, Gertrude is listed as the daughter of Luther and Martha Porter.  Interestingly, there was another daughter in the household, 20 year old May Porter, presumably May Genevieve Porter.  Is it possible that Gertrude was May's daughter?   May Genevieve Porter married Charles H. Wilson on July 25, 1885. 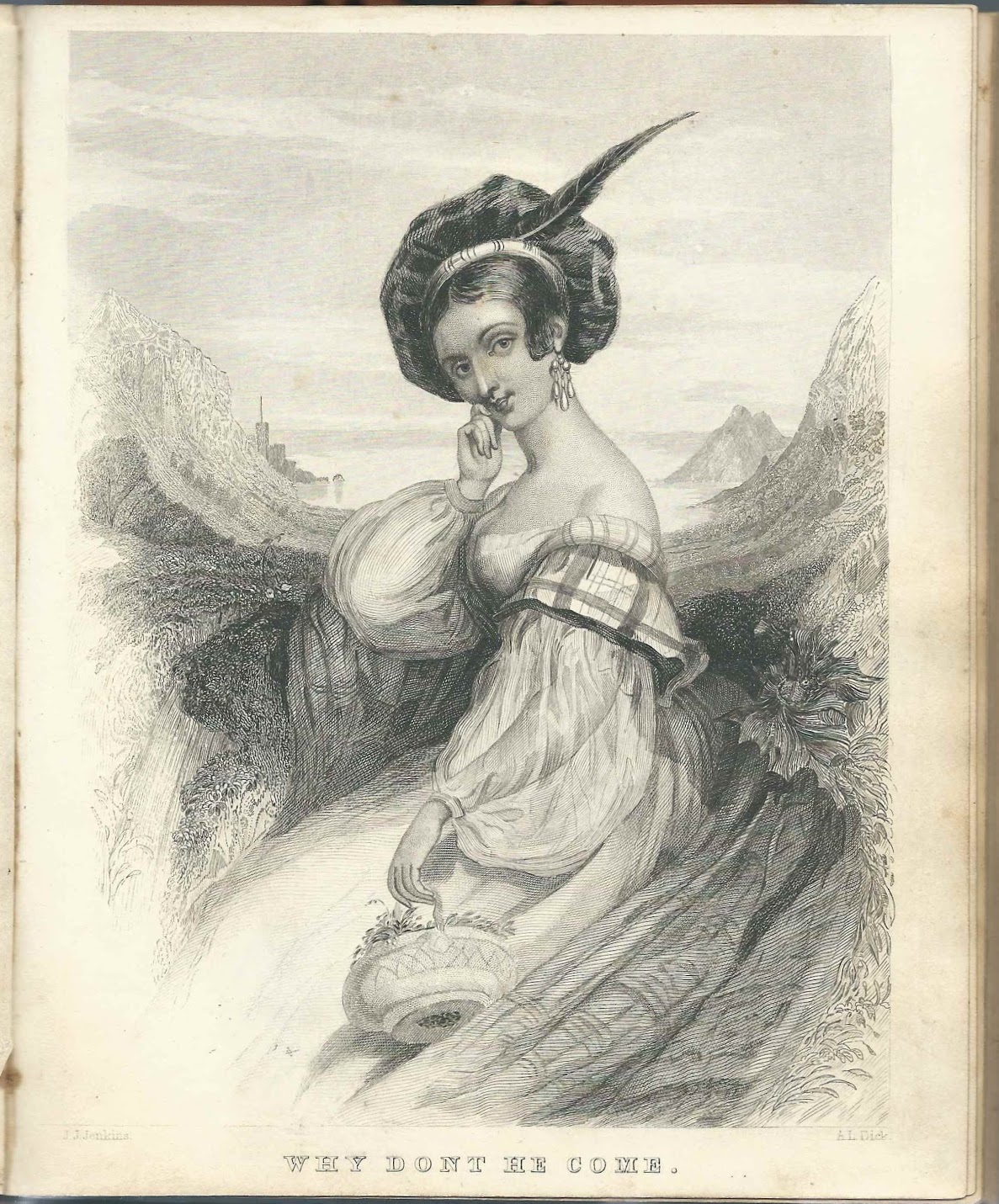 1)  Ada I. Porter, born about July 1853; married Howard Thomas on March 17, 1881 in Vermont; later lived in Wisconsin.  Her widowed father lived with her in his later years. 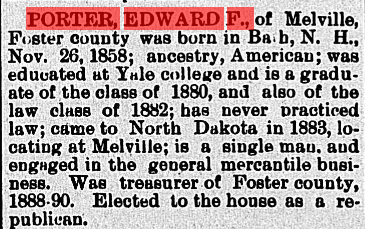 By the time of the 1900 Census of Superior, Wisconsin, James was living with his daughter Ada and her husband Howard Thomas and family; he called himself a widower.  I haven't yet determined where Adalaide is buried or the year of her death, though it must have occurred between 1895 and 1900. 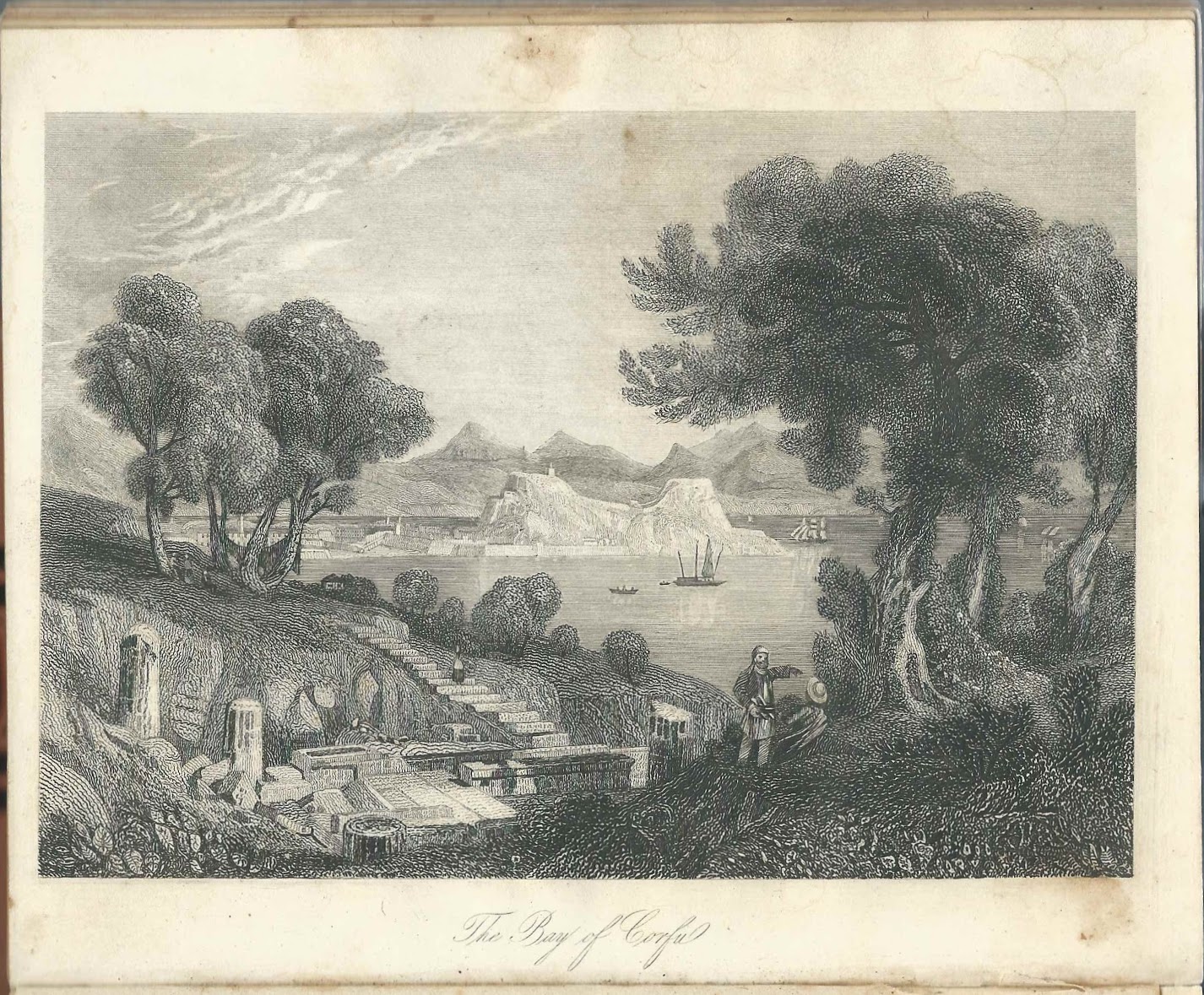 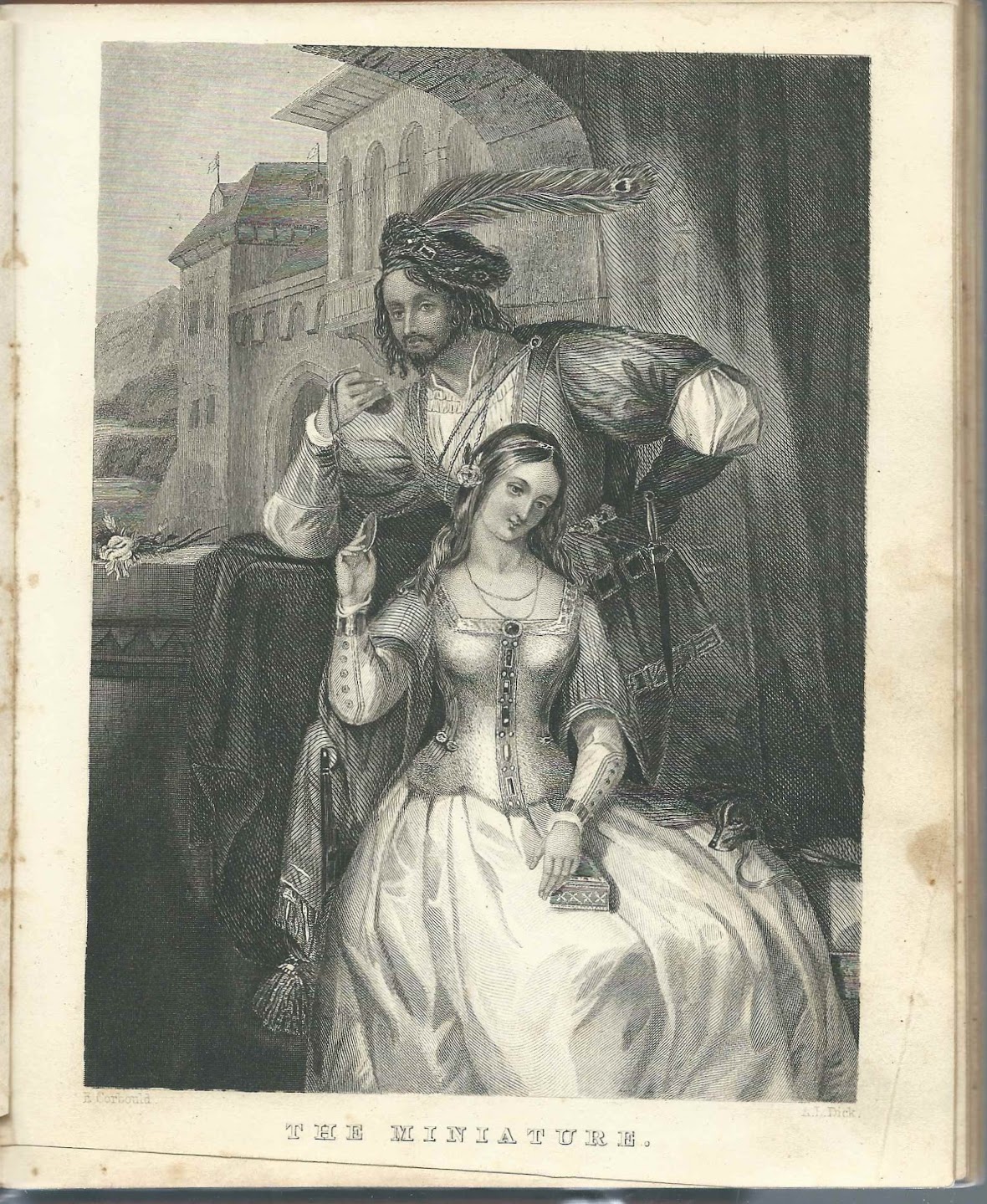 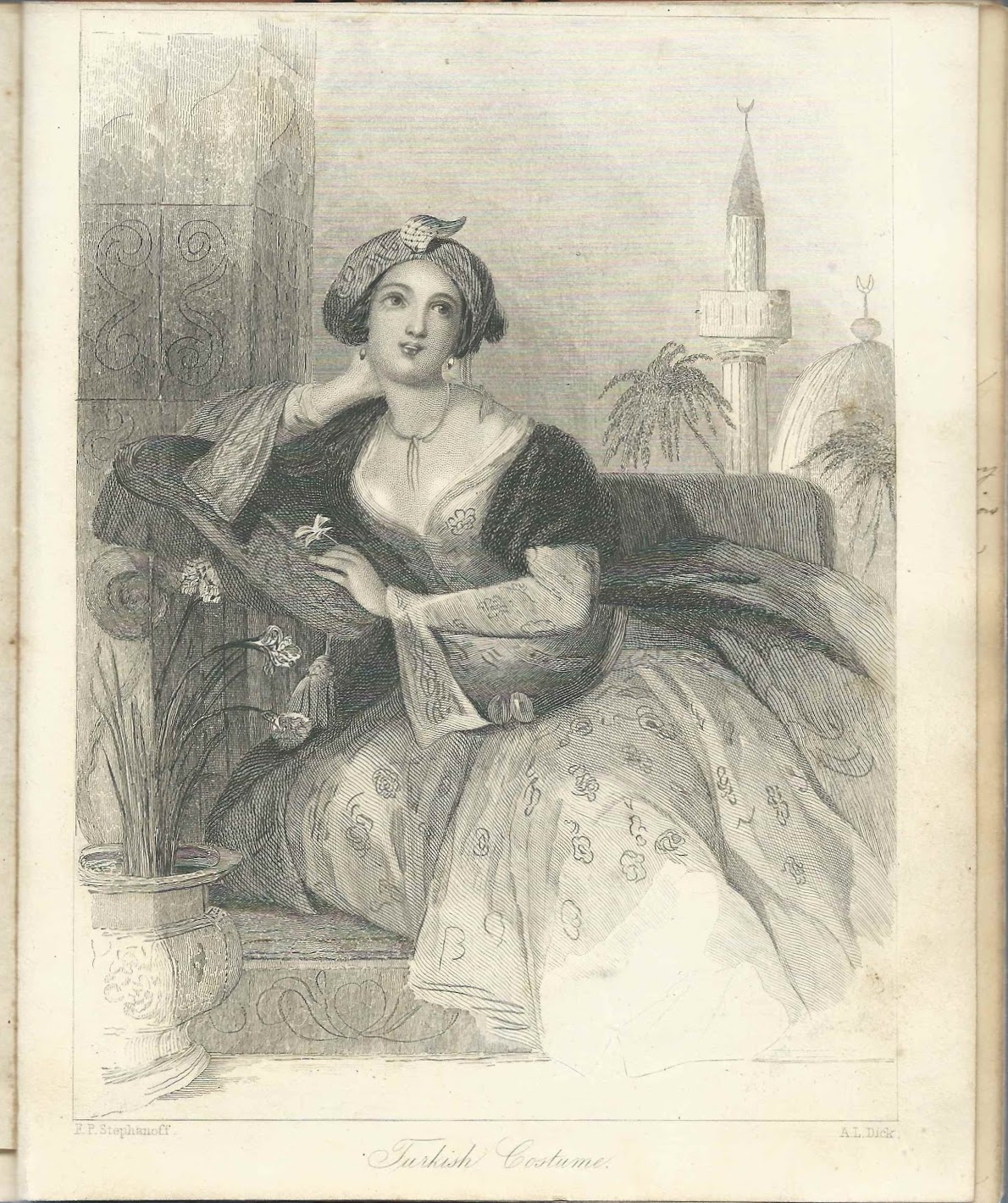