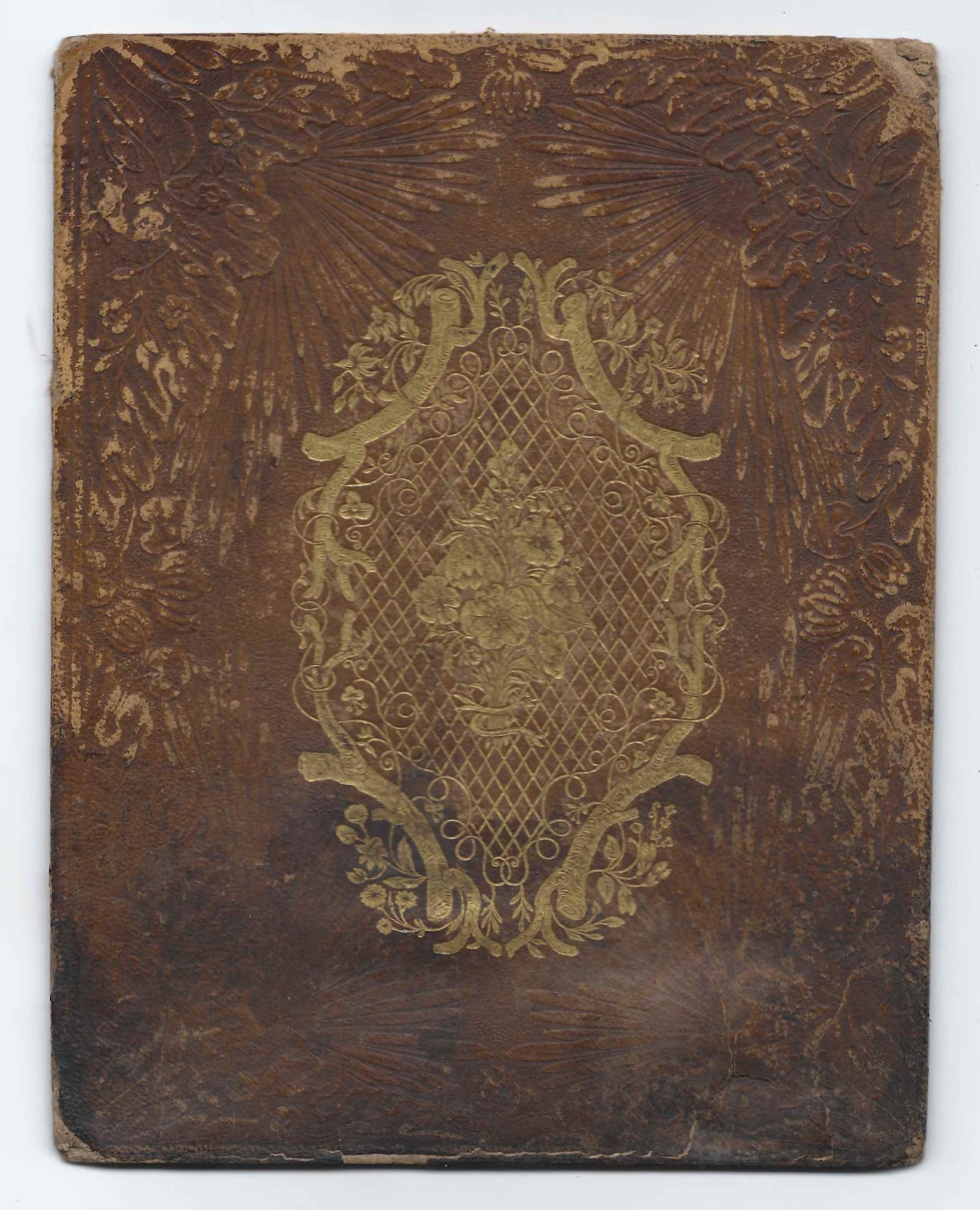 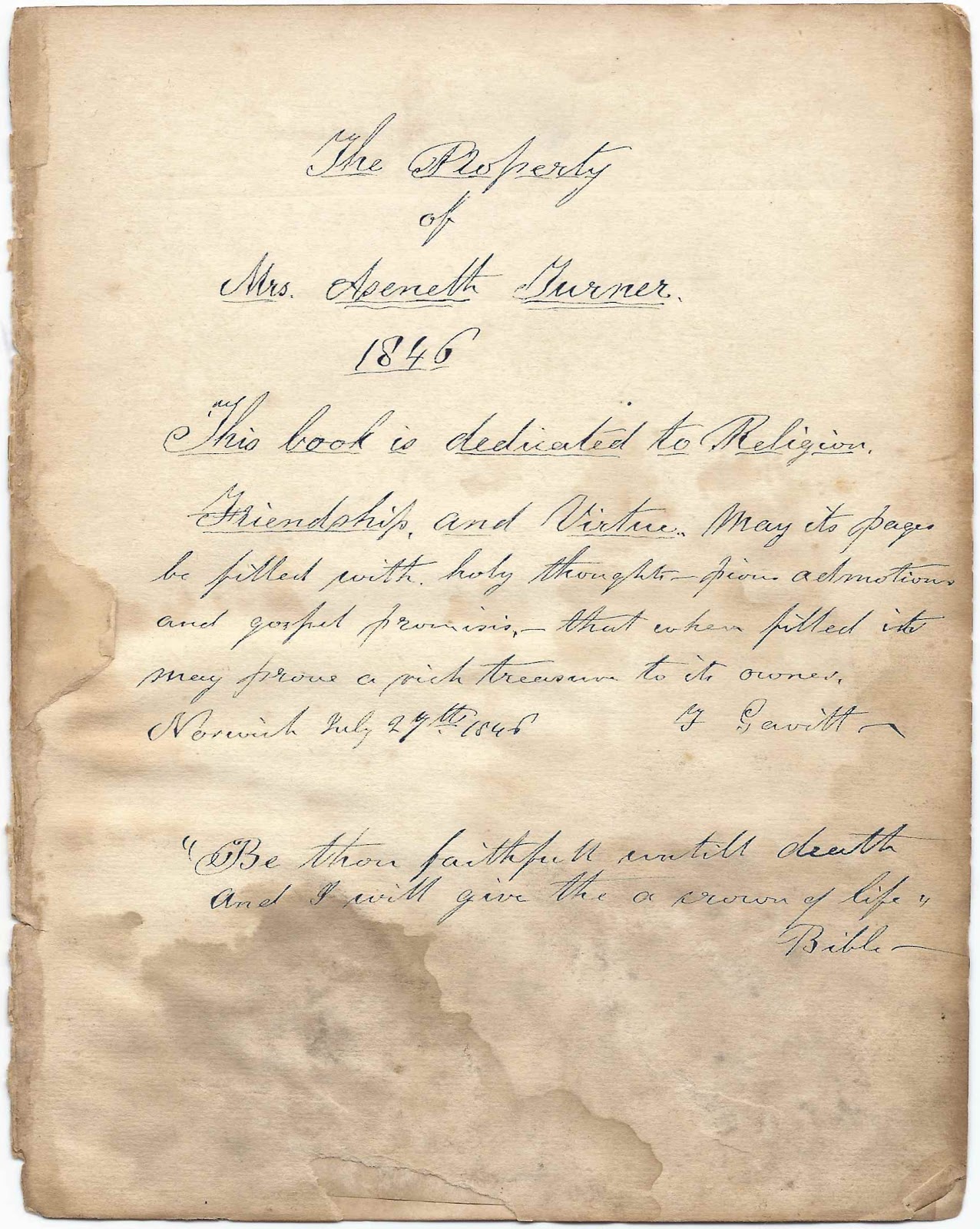 See another post that features the 1839-1851 autograph album of Miss Mary Tracy of Norwich, Connecticut.

The album measures approximately 7-1/2" x 6" and contains the sentiments of 25 of Aseneth's relatives and friends.  An alphabetical list of the signers appears at the end of this post. 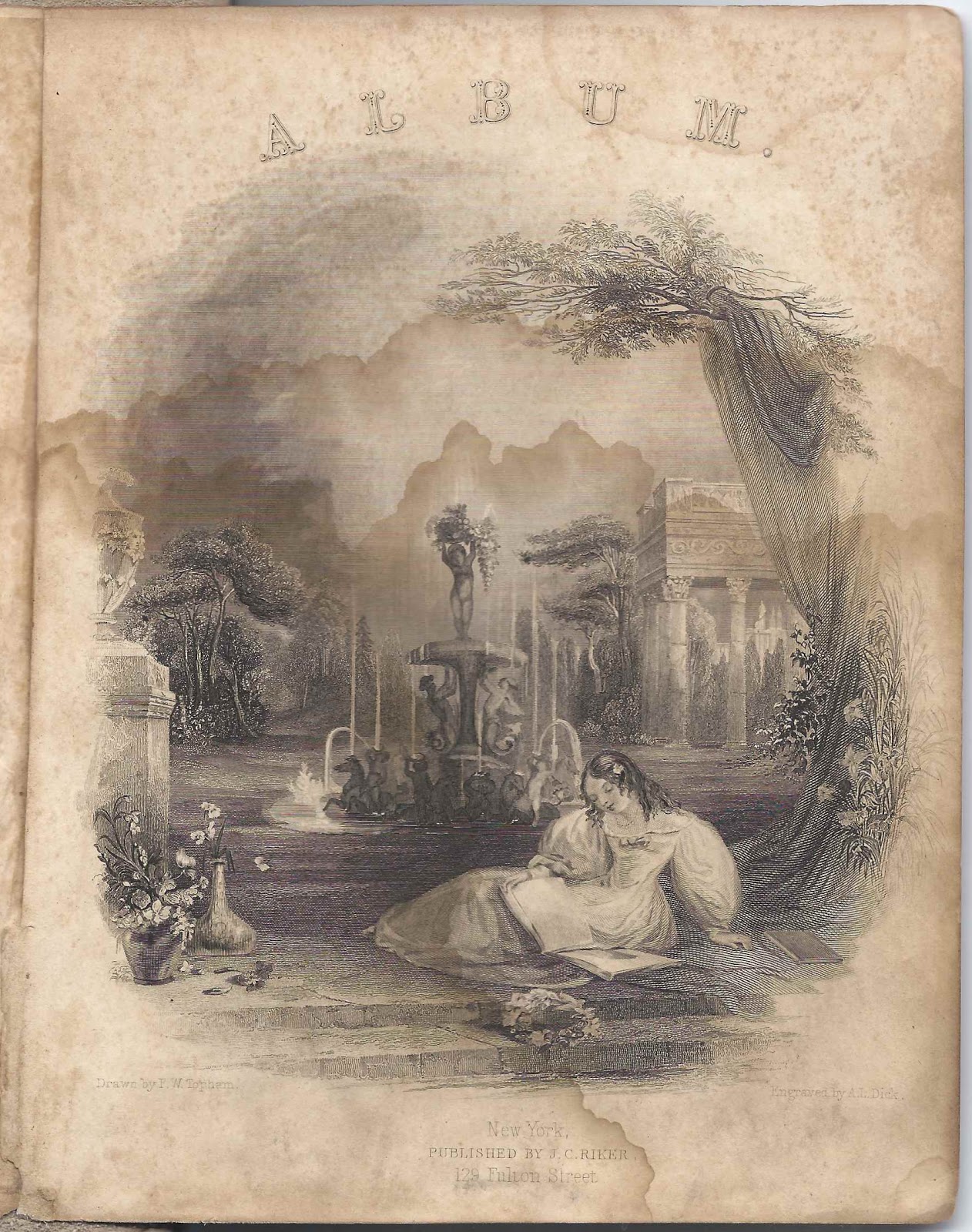 The album was printed by J. C. Riker of 129 Fulton Street in New York, New York.  Besides the engraving on the title page, there are five other pages of engravings interspersed throughout the album.

According to her death record, Aseneth Nichols was born 23 July 1826.  I don't have the name of her parents.  On 25 May 1846 at Norwich, Connecticut, Asenath Nichols married Henry Turner, son of Isaac and Esther (Comstock) Turner.  Henry was born 1 February 1816.

Aseneth's aunt, Lucy A. (Nichols) Spencer, wife of whaler Captain Joseph Spencer, signed a page at Warwick, Rhode Island, on June 20, 1846.  Her parents were James and Elizabeth (Spencer) Nichols; whether James Nichols was Asenath's father or grandfather, I don't know. 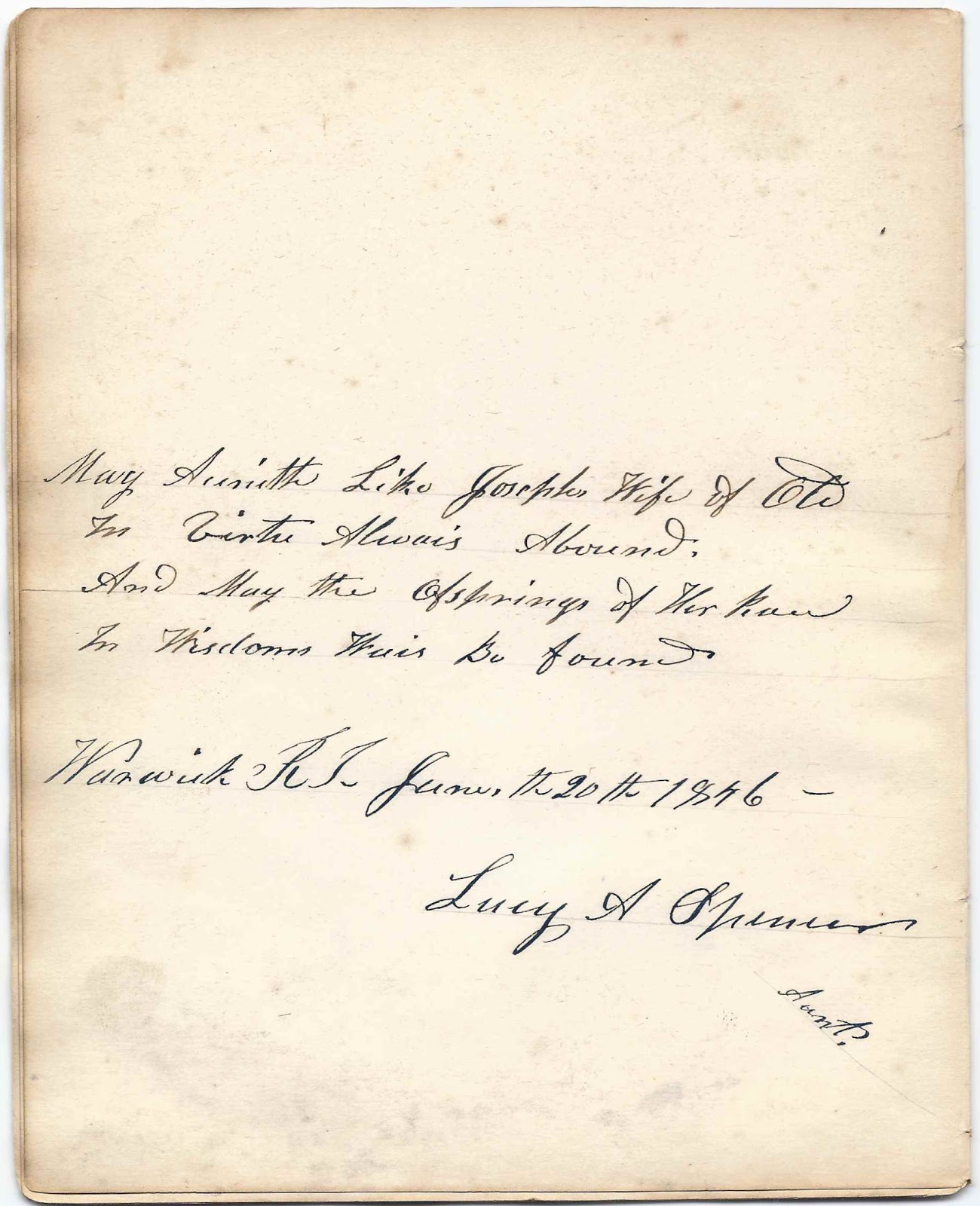 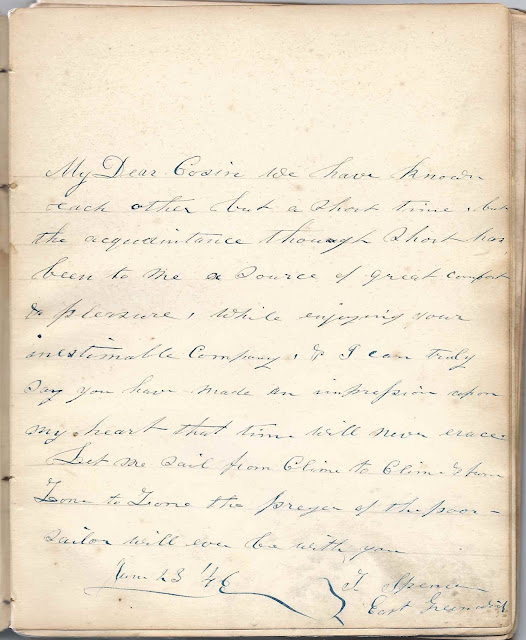 The other cousin was Salina A. Brewster, who signed two pages in 1847.  She may have been Salina (Brewster) Waterson Daniels, whose second's husband's correspondence with her is featured here. 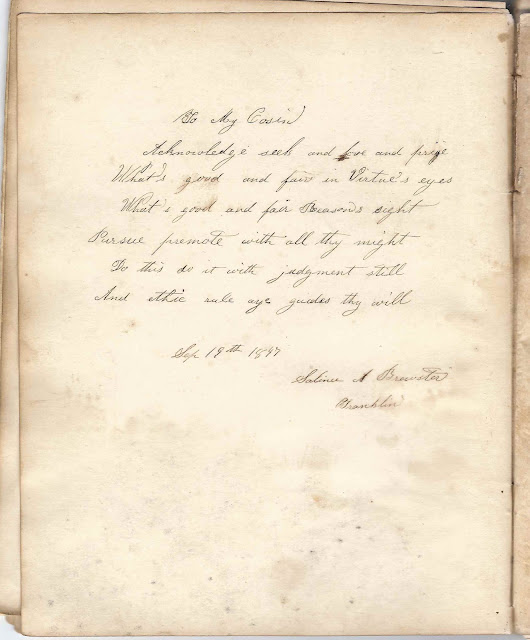 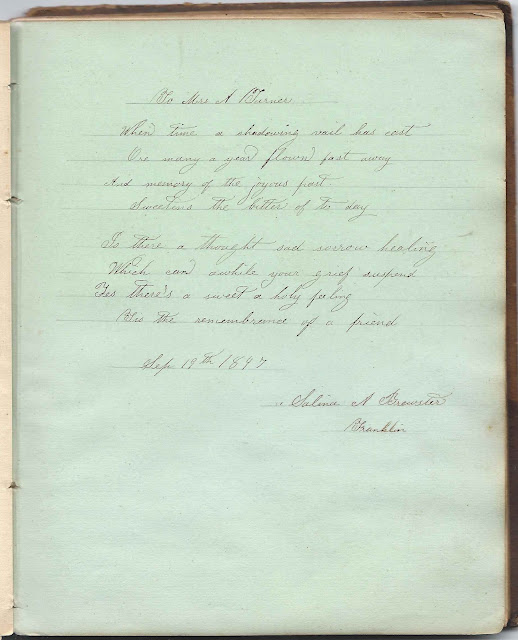 Other Spencers who signed were Thomas Spencer and L. S. Spencer of New Bedford, Massachusetts. 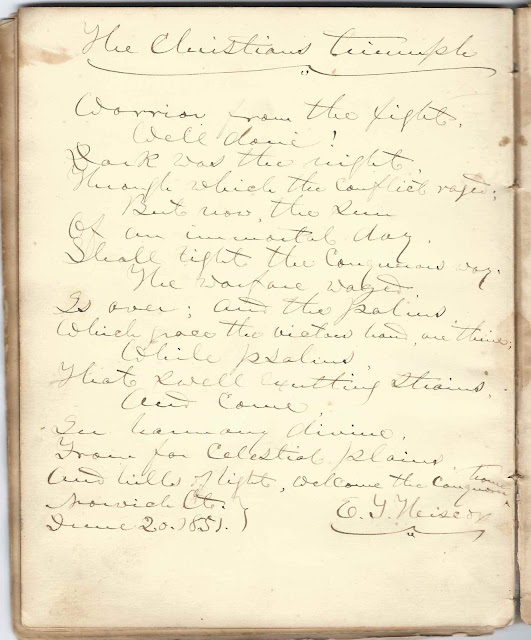 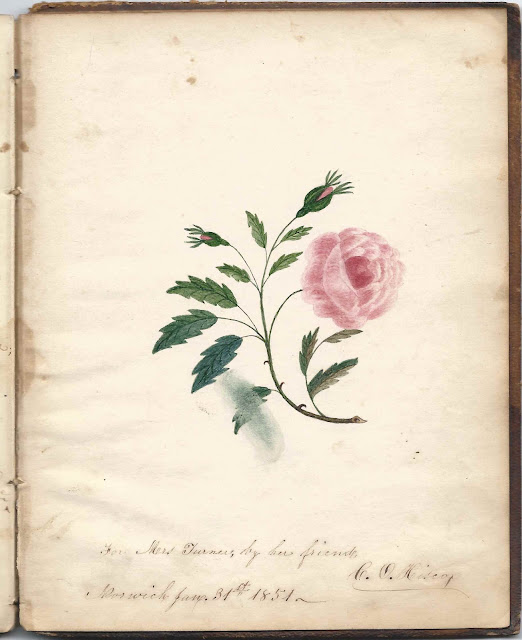 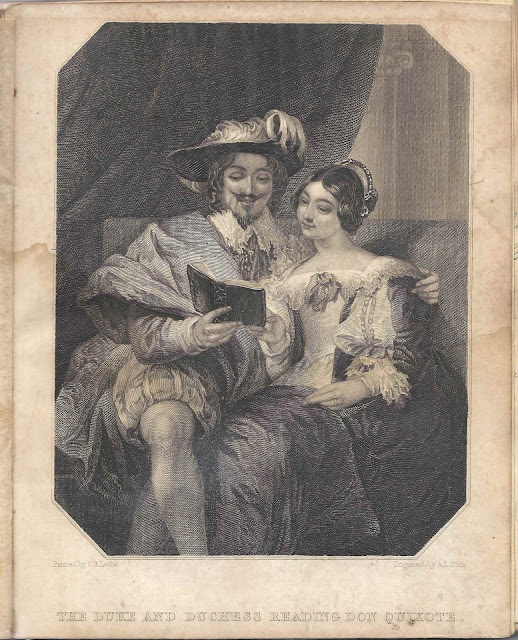