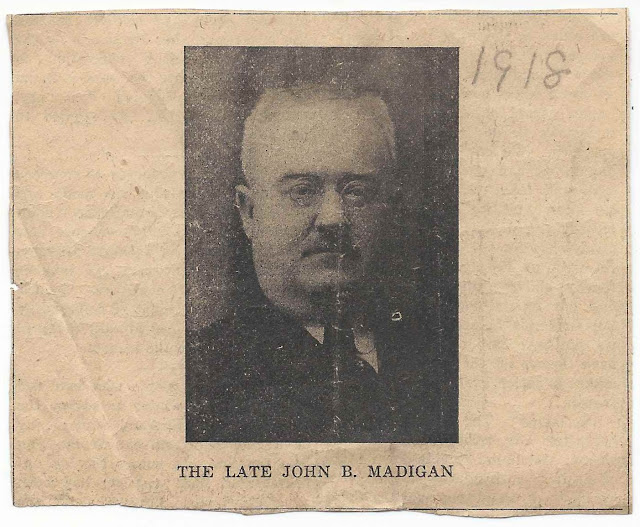 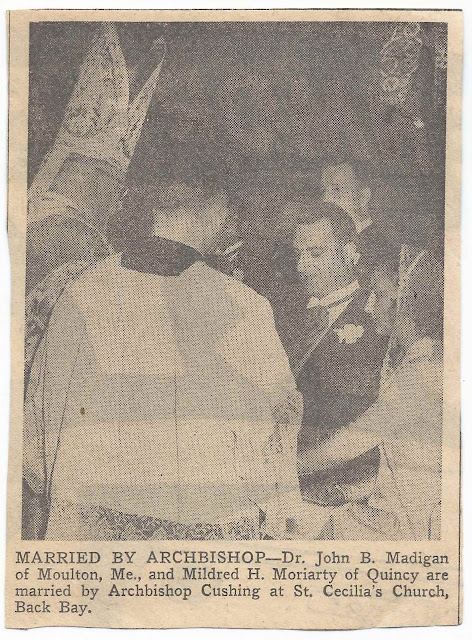 These clippings were found with a collection of photographs and a few other items, some of which are obviously related, such as these clippings, but most are unidentified and therefore a real challenge to research.

What's intriguing, though, is that the clipping of the wedding has a name written on the that appears to be Lawler or Lawlis, as on one of the photographs. If you can clear up this mystery, please leave a comment. 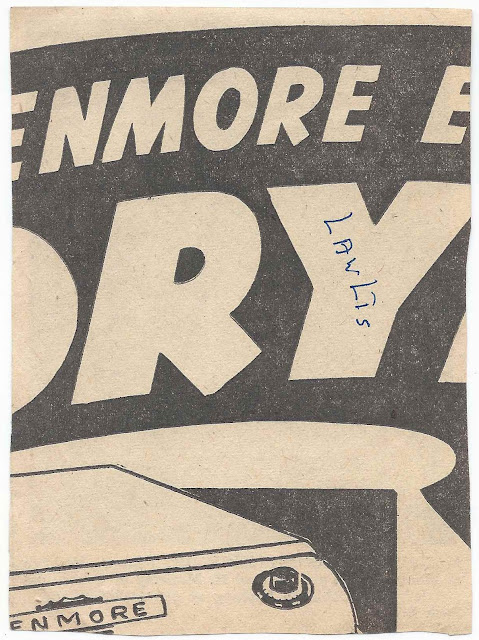 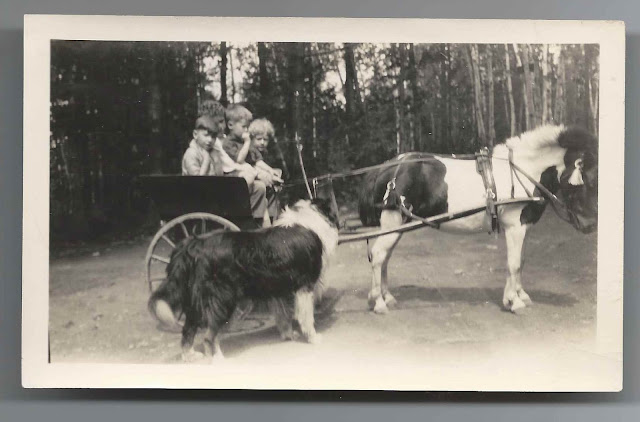 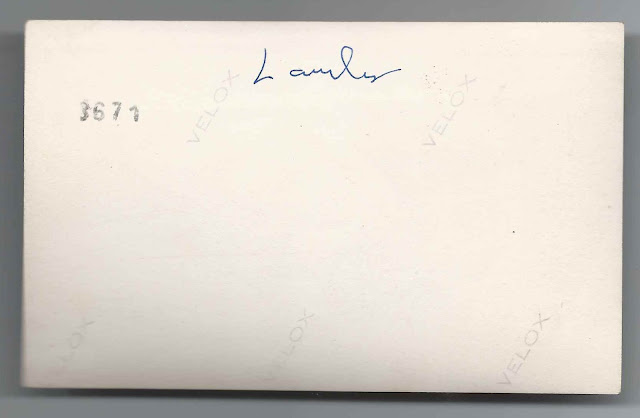 John Bernard Madigan was born at Houlton, Maine, on, I believe, 24 January 1863, the son of James Cottrill Madigan and Mary Anna (Whittier) Madigan.

My hesitation on the birth date is that the official record and various obituaries and tributes show 24 January 1863, but a Find-a-Grave listing shows 24 January 1864 and doesn't provide a photograph of the stone itself so that I could check for a typo.

John and Lucia had at least two children, a son and a daughter.  The son, James Cottrill Madigan III, would marry Doris Waterall, daughter of William Lucas Waterall, a Philadelphia native, and Jessamine (Lovejoy) Waterall of Houlton, Maine.  They were the parents of Dr. John B. Madigan, shown in the wedding photograph.

If you have corrections to the information above, or additions to it, please leave a comment or contact me directly.