1868 Letter from George Webster Cushman at Skowhegan, Maine, to his parents at Winslow, Maine

23 February 1868 letter sent by George Webster Cushman while he was working at or near Skowhegan, Maine, to his parents, Charles and Jane (Hayden) Cushman at Winslow, Maine.

This letter came to me with two others that George wrote to his parents: [click on the date] and a letter from James Walker Austin to his cousin George
This letter expresses George's regret at a rift that had caused him to leave his family home, a rift that was apparently resolved by the time of the 1870 Census, as George and his wife Lucy were listed in the household of his parents at Winslow, Maine. 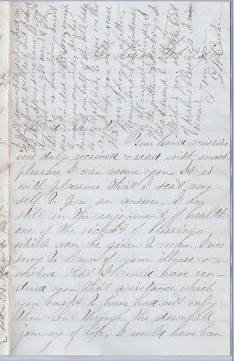 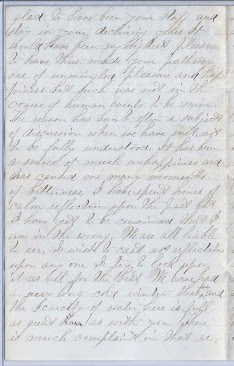 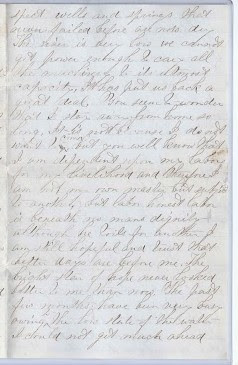 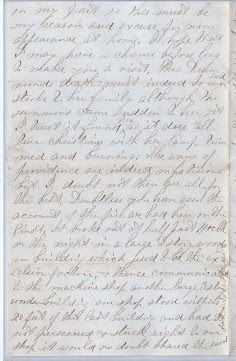 Your kind missive was duly received and read with much pleasure.  I can assure you it is with pleasure that I seat myself to pen an answer.  I am still in the enjoyment of health, one of the richest of blessings which can be given to man.  I was sorry to learn of your illness and wished that I could have rendered you that assistance which you ought to have had, not only then but through the downhill journey of life.  I would have been glad to have been your staff and stay in your declining years.  It would have been my highest pleasure to have thus made your pathway one of unmingled pleasure and happiness, but such was not in the course of human events to be mine.  The reason has been so often a subject of discussion when we have met, not to be fully understood.  It has been a source of much unhappiness and has caused me many moments of bitterness.  I have spent hours of calm reflection upon the past but I have yet to be convinced that I am in the wrong.  We are all liable to err.  I wish to cast no reflection upon anyone.  I try to look upon it as all for the best.  We have had a very long cold winter thus far and the scarcity of water here is full as great as with you.  There is much complaint in that respect.  Wells and springs that never failed before are now dry.  The river is very low.  We cannot get power enough to carry the machinery to its utmost capacity.  It has put us back a great deal.  You seem to wonder that I stay away from home so long.  It is not because I do not want to come but you well know that I am dependent upon my labors for my livelihood and therefore I am not my own master but subject to another, but labor, honest labor, is beneath no man’s dignity, although he toils for another.  I am still hopeful and trust that better days are before me.  The bright star of hope never looked better to me than now.  The past few months have been very busy owing to the low state of the water.  I could not get much ahead on my part so this must be my reason and excuse for non appearance at home.  I hope that I may have a chance before long to make you a visit.  Mrs. Drummond’s death must indeed be a sad stroke to her family although the summons came sudden to her yet I trust it found her as it does all true Christians with her lamp trimmed and burning.  The ways of providence are indeed mysterious but I doubt not they are all for the best.  Doubtless you have seen the account of the fire we had here on the First.  It broke out at half past 11 o’clock in the night in a large 3 story wooden building which used to be the excelsior factory, and thence communicated to the machine shop, another large 3 story wooden building.  Our shop stood within 20 feet of this last building and had I not persevered and stuck right to our shop it would no doubt shared the same fate with the rest.

I got somewhat schorched myself pretty well but I saved the shop.  I was some lame the next day but soon got over it.  The buildings and machinery burnt was estimated at $30,000, enough to make one man rich.  It also burnt up one half of the toll bridge so that all have to cross on the ice.  I hope you will excuse this poor apology for a letter.  Remember me in kindness to all inquiring friends.  I got the mittens & stockings.  I told Edward to tell you. Wishing you all the best of heaven’s blessings, I remain
Your Son

As another of the letters implies, George married Lucy Jane Ireland on 5 June 1869 in Somerset County, Maine, presumably at Skowhegan or in that area. Lucy Jane Ireland was born 27 April 1840 at Chester, Maine, the daughter of Eleazer Colburn Ireland and Rhoda B. (possibly Wyman) Ireland. The family subsequently moved to the Skowhegan area where presumably George and Lucy would eventually meet.

The couple had at least two children, sons Alvin W. Cushman and Robert Hayden Cushman.
Interestingly, Alvin was living at Canon City, Colorado at the time of the 1900 Census. His maternal grandparents, Eleazer Coburn Ireland and wife Rhoda and at least two of their sons had moved from Skowhegan to Canon City at some point after the 1880 Census. Eleazer Coburn Ireland and Rhoda died in Fremont County, Colorado in the 1890s.
The 1910 Census of Bingham Canyon, Utah, finds Charles with wife Katie and a son and a daughter, the older of whom, Richard, has the surname Hodgins; he may have been Katie's child from a previous marriage. Katie was Catherine Farrell, born in Belfast, Northern Ireland about 1877. Charles and Katie moved back to Winslow, Maine, not long after that Census enumeration; they would have one more child, a son George. 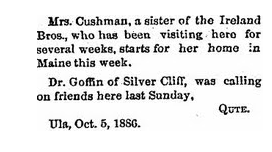 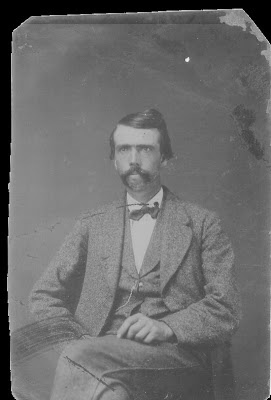 I believe Prentice and Mary Frances had three children; son Rupert died at about age eleven and another daughter may have died in infancy.  Daughter Pearl Queen Ireland, born 23 October 1880 in McGregor, Iowa, survived to adulthood.  Her own writings give her birth date as 27 October 1880.

Prentice died about 1888 in Colorado, possibly in the Wet Mountain area.  His modern day family members have searched in vain for his resting place. 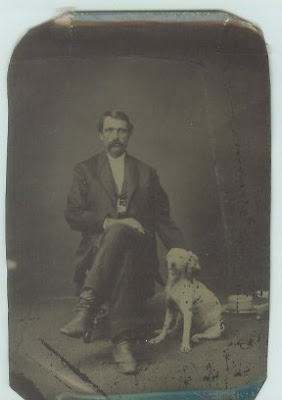 Charles Judson Ireland was born about 1851 at Skowhegan, Maine and went west to Colorado with his brothers.  While there, he married Hattie, with whom he had three children: David Elton Ireland, born 1 September 1881 in Colorado; Lucy Ireland and Bessie Ireland.

Hattie had apparently died or moved away before the time of the enumeration of the 1900 Census of Fort Garland, Colorado, where Charles was living with his three children.  I haven't been able to find anything about her, other than from the 1885 Colorado Census in which she indicated that she was born about 1865 in Michigan and that her father was from England and her mother from Wales.

On 8 December 1909 at Winslow, Maine, Charles married Alice Belle Files, daughter of George W. Files and Helen (Smiley) Files.  Alice was born about 1860 at Wales, Maine.  According to their marriage record, Charles was then living in New Mexico and working as a lumber dealer.

Posted by Pam Beveridge at 3:17 PM