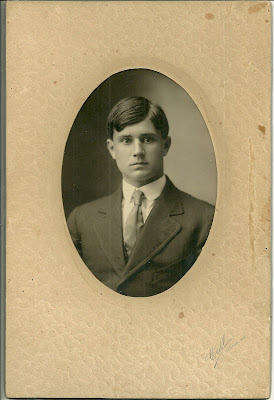 1908 Photograph of Elwood George Bessey; taken by the Call Studio of Dexter, Maine. 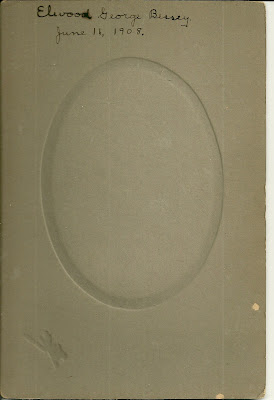 Elwood's paternal grandparents were Anthony and Mercy Carsley (Dearth) Bessey.  Before Anthony, I believe the family spelled the name Besse.

A graduate of Bates College, Elwood was mentioned in a Bates publication as having been a principal at North Berwick, Maine in 1913.

He retired from Scarborough, Maine, High School as principal in 1948.  A junior high school at Scarborough was named for him.

He was a member of Hadattah Lodge of Odd Fellows and the Masons, at Portland, Maine.  After moving to St. Petersburg, Florida, he became a deacon of the First Congregational Church there.

If you have any corrections, additions or insights regarding Elwood George Bessey or his family, please leave a comment or contact me directly.

A map of Parkman, Maine: