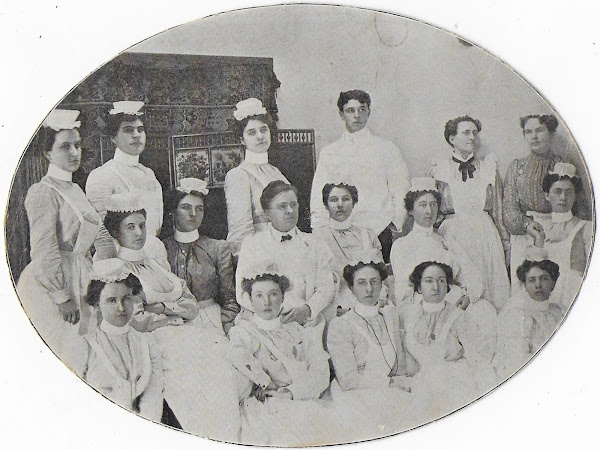 Seven presumably related early 1900s photographs, purchased together in a booth at an antique mall some years ago.
Five of the photographs appear to show rooms and staff from a hospital or sanitorium, perhaps in Massachusetts. One photograph shows Nantucket village from the Steamer Gay Head; another shows a family enjoying a sail.
Sadly, no one in the photograph at top is identified.
The photographs all have the same marking on the reverse, showing they came from the same seller.   Below is the reverse of a photograph of Nantucket, the only one with any identification; you can also see the seller' mark. 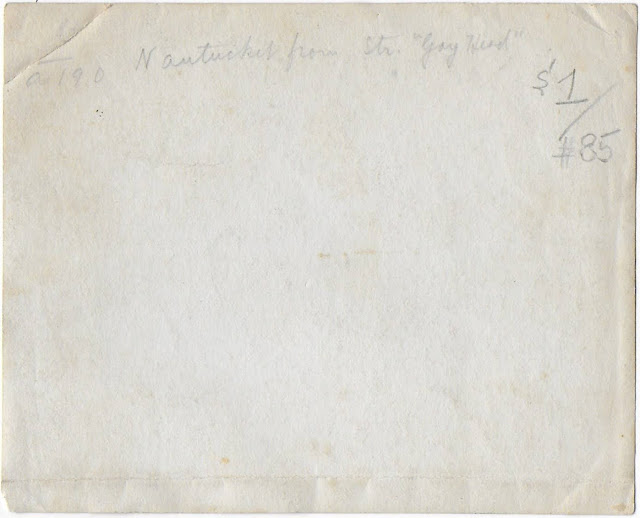 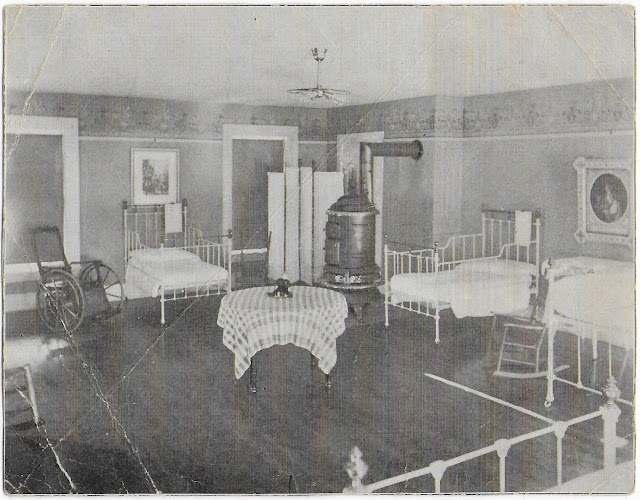 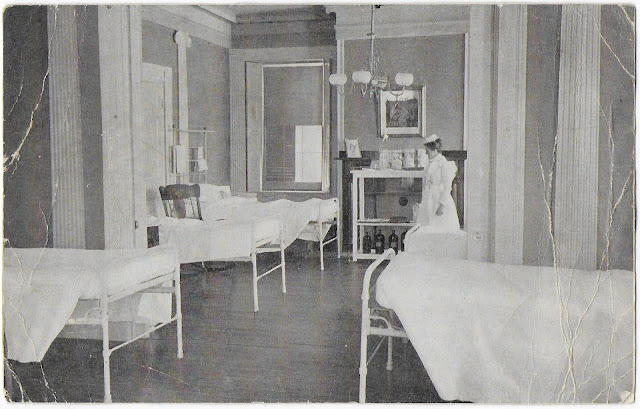 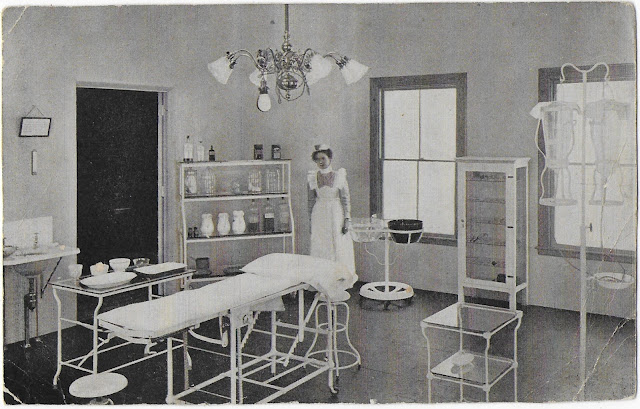 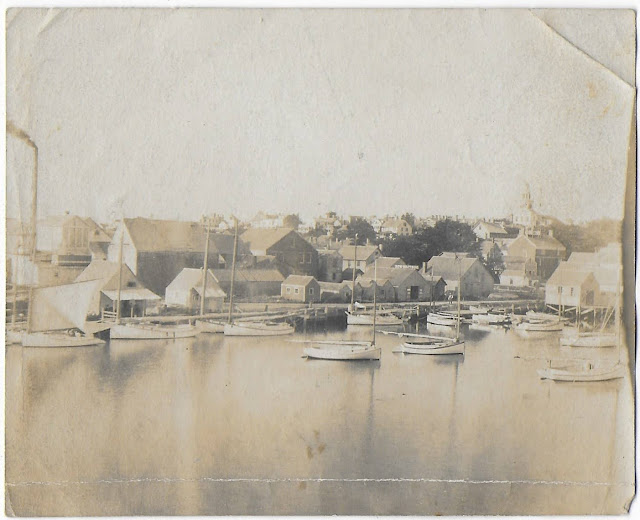 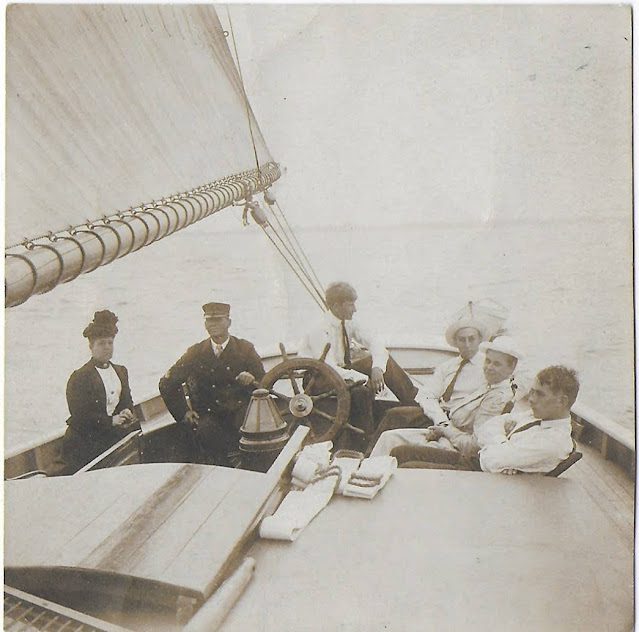 If you have a theory as to the identifications of any of the scenes or people, please leave a comment for the benefit of other family historians.
Posted by Pam Beveridge at 1:56 PM