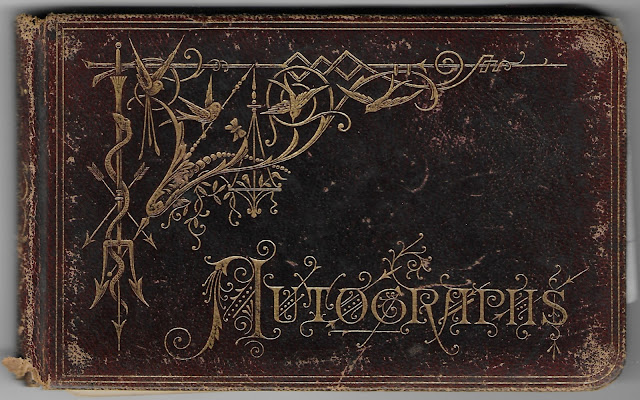 1880s autograph album of Ida Moore (1868-1920), a student at Decorah Institute at Decorah, Iowa.  Inscribers hailed mostly from Iowa, with three from Minnesota, and one each from Nebraska and Wisconsin.

Ida wrote her name and address on the inside back cover, along with the note: To read when I am old and grey. 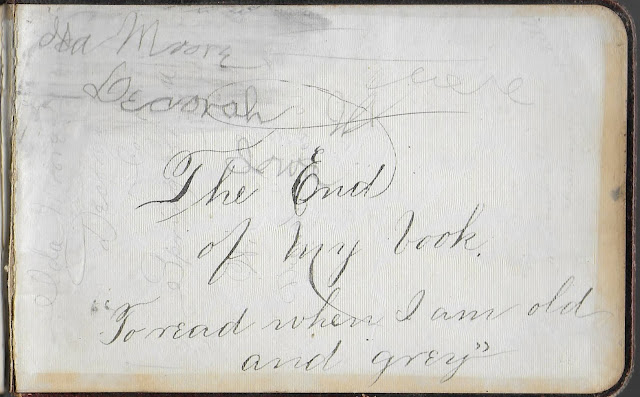 The album measures approximately 6"by 4" and contains the sentiments of over 80 of Ida's relatives, friends, schoolmates and teachers.  An alphabetical list of the inscribers, together with any personal information they offered, appears at the end of this post. 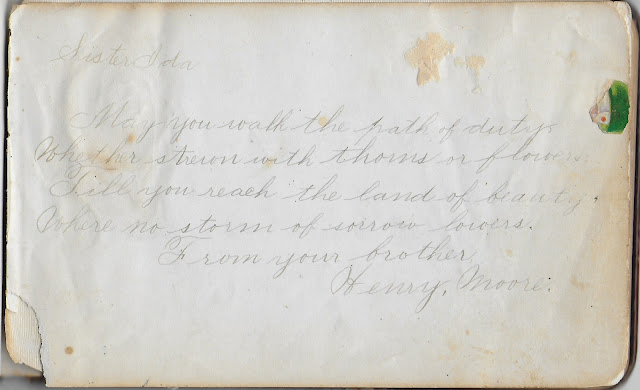 Brother Louis Moore inscribed a page but he was young, and his handwriting is not easy to decipher. 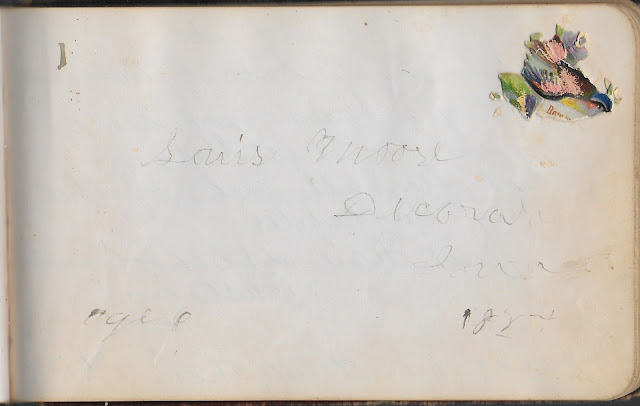 One of the inscribers, F. M. Jewell, who penned his page on March 20, 1886 at Decorah, Iowa, noted: "True friends are jewells but like jewels are scarce". 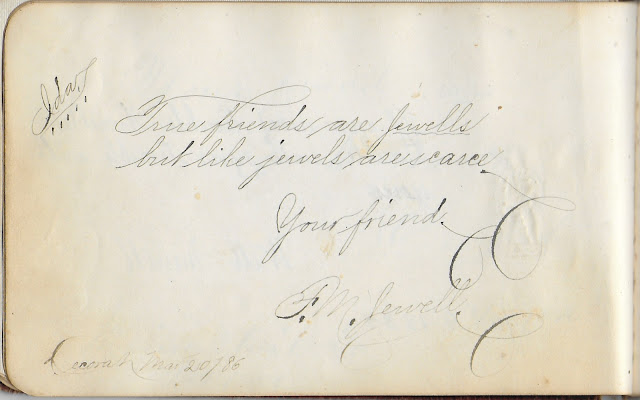 Fittingly, Ida and
Franklin M. Jewell married at Decorah, Iowa, on 9 September 1891. They would have, I believe, three children, one of whom, Emily Jewell, "Emma", inscribed a page in the album. 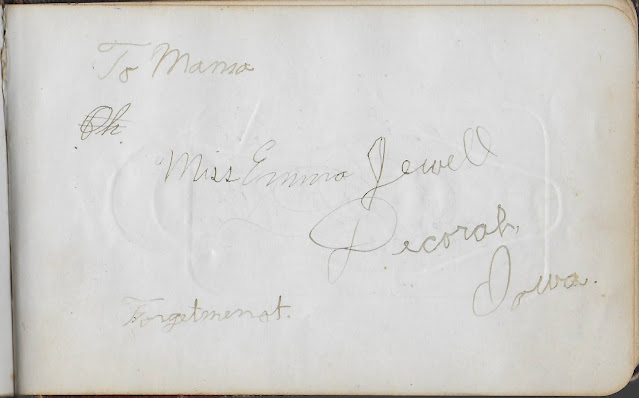 Ida died in 1920 and Frank in 1941. They're buried with Ida's parents in the Phelps Cemetery in Decorah, Iowa.
Teachers who inscribed pages:

If you have corrections and/or additions to the above or information or research to share on any of the people listed below, please leave a comment.