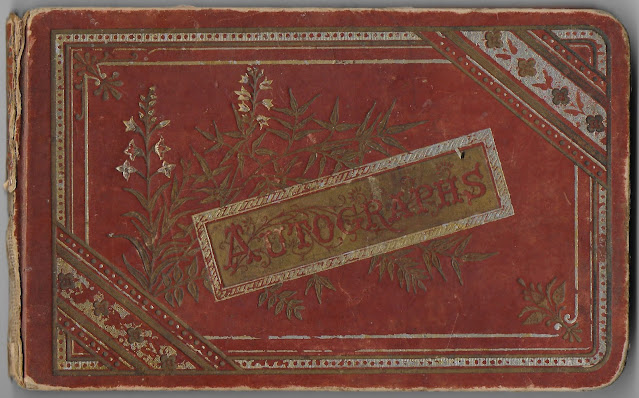 1880s autograph album that belonged to Cora M. Church of Canaan, Maine. Cora inscribed her name on the first end paper on December 18, 1884, long after she had started acquiring autographs in the album. 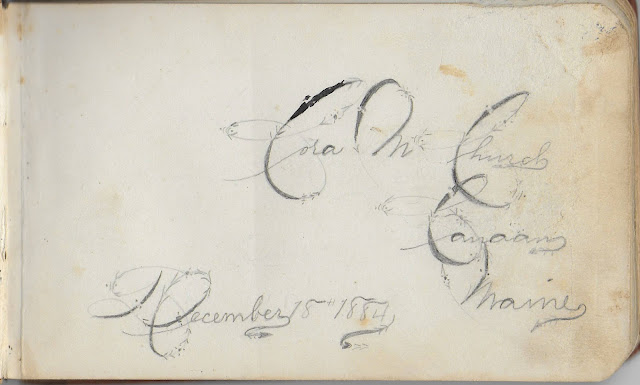 The album measures approximately 7" by 4-1/2" and contains the sentiments of 62 of Cora's relatives, friends, schoolmates and teachers.  An alphabetical list of the inscribers and any personal information they left appears at the end of this post. 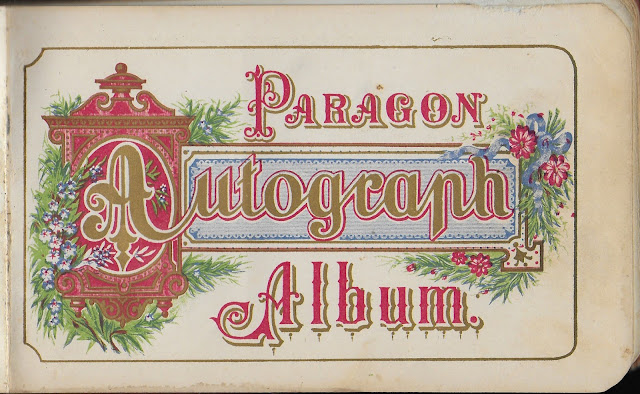 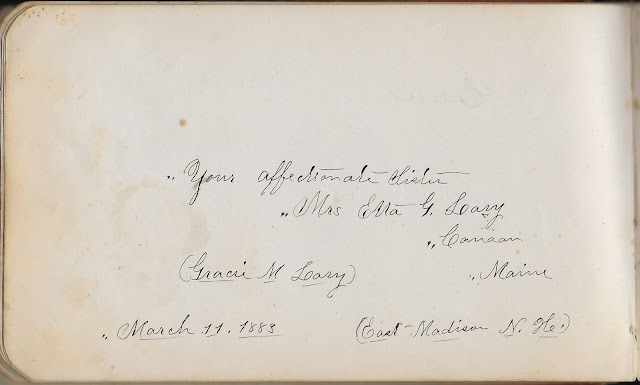 Georgia Etta (Church) Lary, who mentions her daughter Gracie M. Lary; Cora's oldest sister
On 6 June 1894 at Pittsfield, Maine, Cora M. Church (1871-1961) married Obed Foss Parks (1866-1939), son of Richard Parks and Elizabeth (Madden) Parks.  In a town report of Pittsfield, Maine, his printed name is O. Foss Parks, but his gravestone reads Obed F. Parks.  Cora and Obed farmed at Pittsfield, Maine. It appears they didn't have children.
Cora May (Church) Parks (1871-1961), her husband Obed Foss Parks (1866-1939) and other Parks relatives are buried in the Pittsfield Village Cemetery in Pittsfield, Maine.
If you have corrections and/or additions to the information above, or on any of the people mentioned below, please leave a comment or contact me directly.
List of Inscribers - with any dates, locales, relationships noted 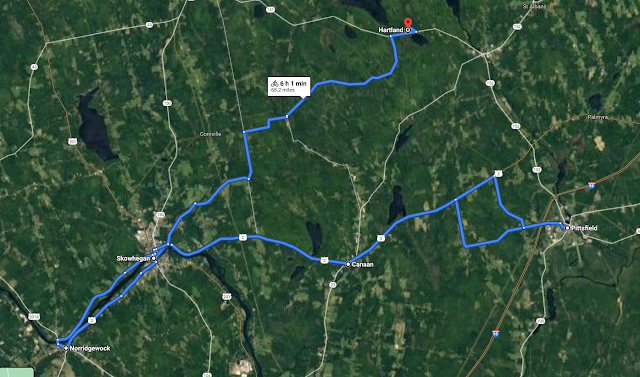