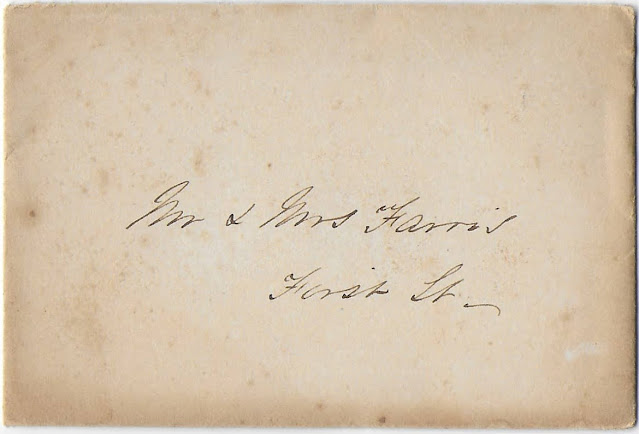 Note: Thomas' birth year of 1814 on the linked document differs from what was indicated as his approximate year of birth on most Census documents - about 1820.

Most of the calling cards, many of which have handwritten names, appear to have been left by families associated with the mercantile and professional trades, as well as some associated with Bangor Theological Seminary. They hailed from:

Interestingly, two calling cards in the collection were those of Thomas and Anna themselves. Anna's card dates from before her 1846 marriage to Thomas. 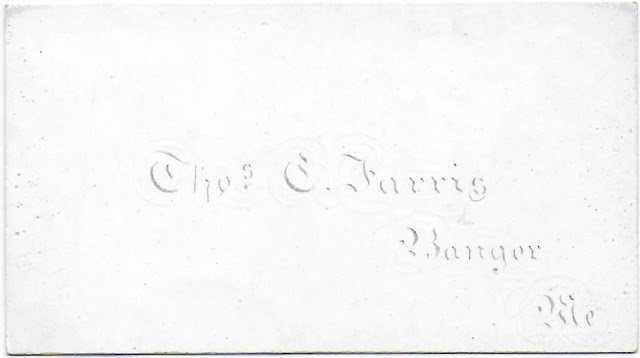 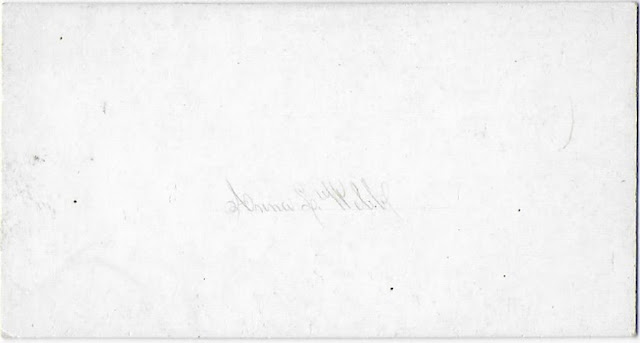 Among his other enterprises, Thomas was in business with Anna's younger brother Jahaziah Shaw Webb (1844-1890) in the Farris-Webb Produce Company in Bangor.

See another post with more information on the Hobbs (sometimes seen as Hobbes) and Allen families.

Also included in the collection is an envelope containing an 1866 letter written to Anna Leonard (Webb) Farris by E. A. Lane, who was presumably Emma [or Elizabeth] Ann (Lufkin) Lane (1827-1899), wife of John Lane. 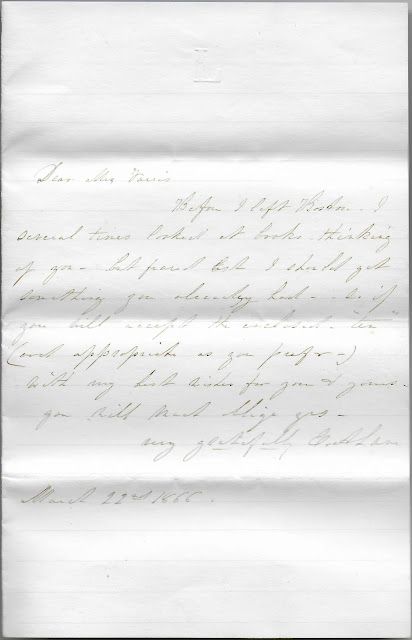 "Dear Mrs. Farris, Before I left Boston, I several times looked at books thinking of you but feared as I should get something you already had. So if you will accept the enclosed "ten" (and appropriate as you prefer) with my best wishes for you & yours - you will much oblige yrs - very gratefully, E. A. Lane, March 22nd 1866".

Alphabetical list of people who left calling cards at the Farris home.  If you have information on anyone mentioned, please leave a comment or contact me directly.

Again, if you have corrections and/or information on any of the people mentioned above, or different identities for them, please leave a comment or contact me directly. 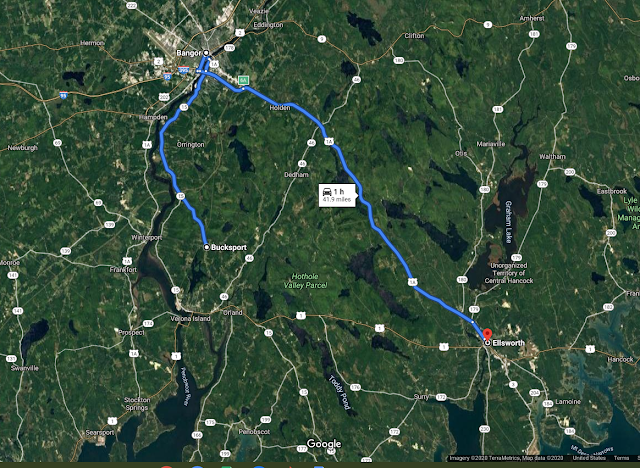 Posted by Pam Beveridge at 7:03 AM